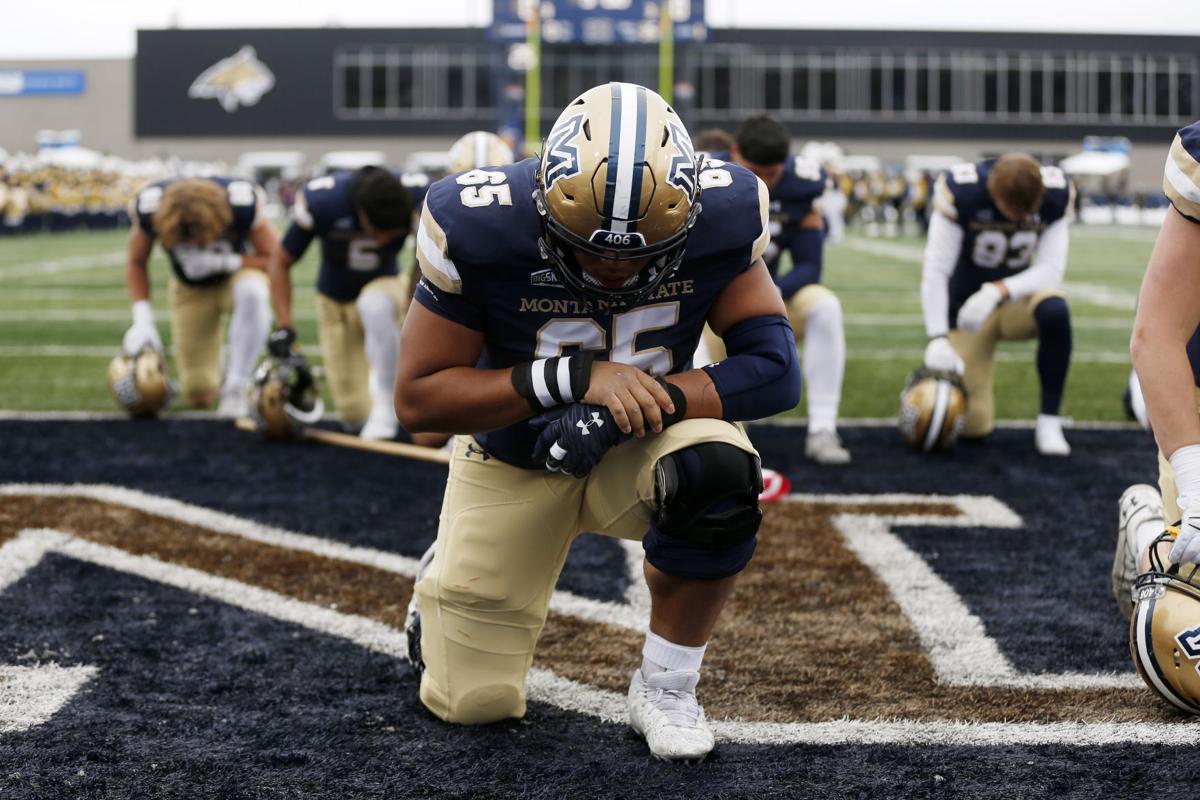 Montana State's Justus Perkins and his teammates take a knee before their FCS semifinal game against South Dakota State on Dec. 18 at Bobcat Stadium. 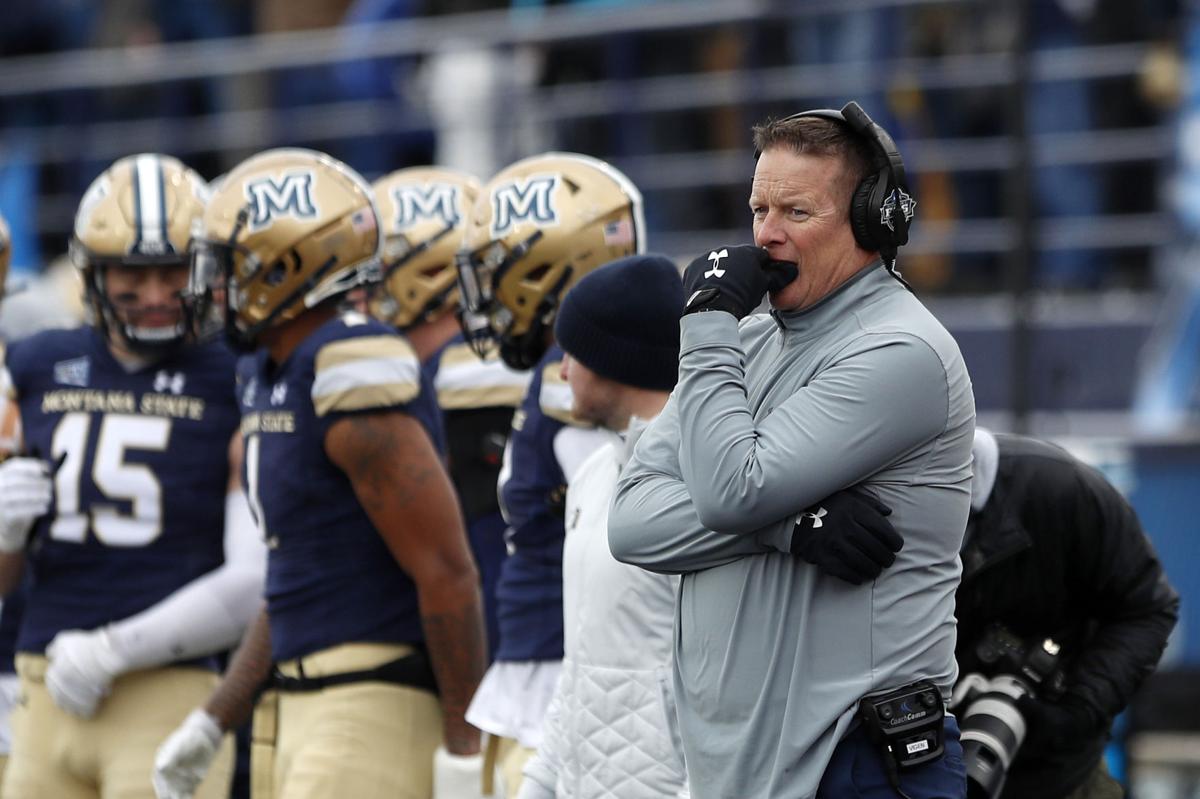 Montana State's Justus Perkins and his teammates take a knee before their FCS semifinal game against South Dakota State on Dec. 18 at Bobcat Stadium.

BOZEMAN — COVID-19 has not derailed the Football Championship Subdivision title game. Not yet, at least.

The eighth-seeded Bobcats (12-2) and second-seeded Bison (13-1) have avoided pandemic-related disruptions all season, but Vigen and Entz are bracing for the FCS title game, like many recent sporting events, to be affected by the coronavirus.

“We're in a position where I can confidently say, at this point as we stand, we're not going to be missing anybody” because of COVID, Vigen said during Thursday’s virtual press conference. “Obviously, we’ve got a ways to go yet before we get on that plane and then even getting down there. To say it's not a concern, I would be remiss. It’s a real concern.”

As of Thursday, five college bowl games have been canceled because of COVID. Many NBA, NFL and NHL games have been postponed as well, and many players have missed time after testing positive. Daily COVID case totals in the United States have reached record highs over the past week, due largely to the Omicron variant and holiday travel.

Despite their COVID concerns, Vigen and his staff let their players go home for Christmas.

“I felt like keeping our guys here wasn't super healthy, either, just mentally,” Vigen said. “We asked our guys to be as safe as possible as they were away.”

That decision might’ve been tougher if the rules were different, but the NCAA’s testing policy for FCS teams remains relatively nonrestrictive.

Unvaccinated players and other team members, as well vaccinated people with COVID symptoms, were required to be tested weekly during the first four rounds of the FCS playoffs. As of last week, that will be the same policy for the title game, according to the Forum of Fargo-Moorhead.

Neither MSU nor NDSU have dealt with, or at least disclosed, any COVID-caused absences this season. Vigen said in August that his team would be more than 90% vaccinated by the season opener, and he said in October that none of his players had missed time because of COVID. Entz echoed Vigen, saying Thursday that he was more worried about injuries than the virus.

“Our kids have done an outstanding job of maintaining their health and safety throughout. That's been our No. 1 priority since the start of this process,” Entz said. “I feel like we're in a good spot right now.”

Members of MSU and NDSU will have to submit attestations of vaccinations or (for the unvaccinated and symptomatic) negative tests before they get to Frisco on Wednesday, per the Forum. Testing will be available for any Cat or Bison showing symptoms, but it will not be required on site. An unvaccinated player who tests positive will have to quarantine for 10 days, and close contacts of that player will be tested.

MSU should be able to minimize any risk of COVID-inactive players because of its high vaccination rate and its relatively controlled environment from this week to Jan. 8. Football team members are the only people on NDSU’s campus right now, so “we’ve created kind of a natural bubble for ourselves,” Entz said.

“But again, we’ve got to continue to advocate for our kids to be mindful of where they are and who they're around,” Entz said.

Things change quickly during the pandemic. The NCAA announced Monday that FCS title game press conferences will be virtual, and it may decide to implement stricter rules between now and Jan. 8. Vigen feels “like we’re back to how we were last year” in terms of heavy masking and social distancing, he said.

The Cats and Bison would like to focus solely on football aspects of their biggest game of the season, but COVID continues to steal attention.

“We’ve got to get down with as full a roster as we can to Texas and then obviously have as many guys on that field on the 8th,” Vigen said. “We're certainly being cautious.”

Before Vigen was an accomplished college football coach, he was a promising young basketball player from Buxton, North Dakota.