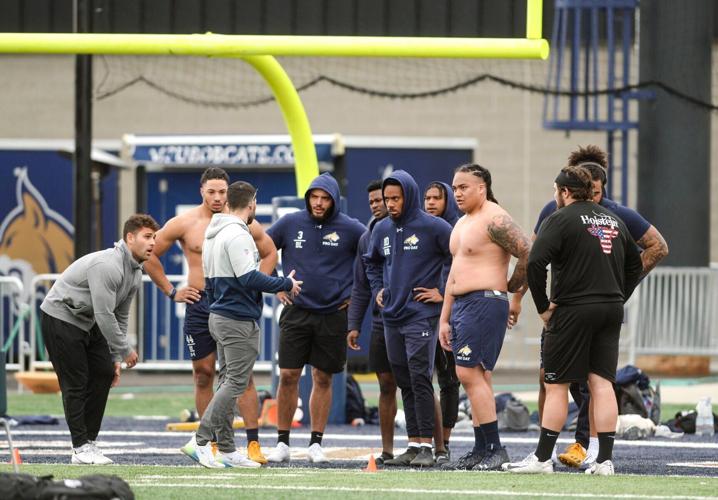 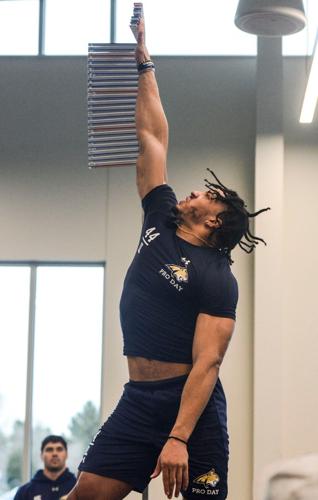 Daniel Hardy performs a vertical leap during Montana State's Pro Day on Monday at the Bobcat Athletic Complex in Bozeman. 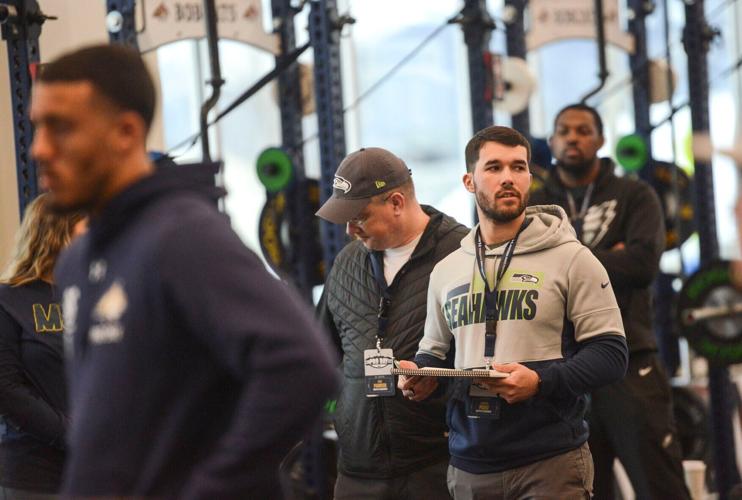 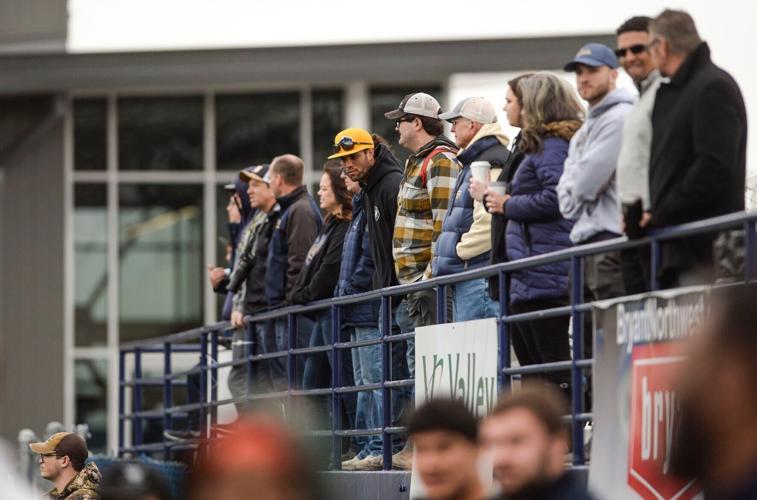 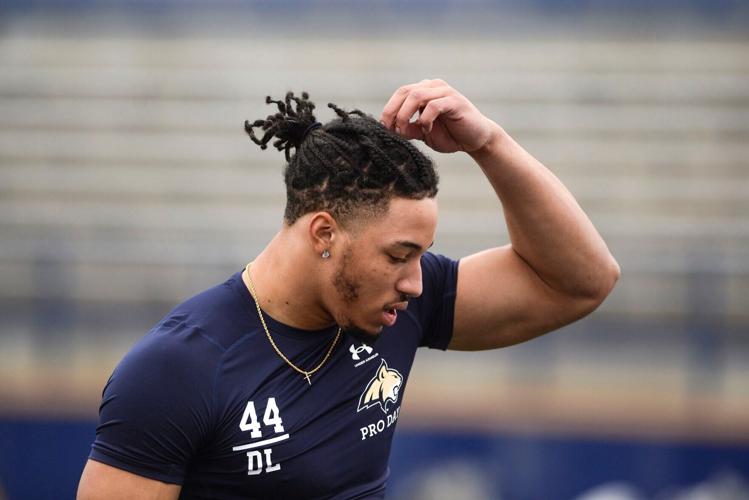 Daniel Hardy performs a vertical leap during Montana State's Pro Day on Monday at the Bobcat Athletic Complex in Bozeman.

BOZEMAN — As Daniel Hardy landed on his second attempt in the vertical jump, the crowd in Montana State's weight room erupted in celebration.

Hardy — who reached 40 inches in the vertical — immediately high-fived nearby teammates, triumphantly walking around the room. He said he’d actually surpassed that height in training, but was still glad to hit his goal mark.

“We’ve been working (on it) a long time,” Hardy said. “Nine, 10 weeks, just putting in work for this one moment. And just seeing the hard work pay off (was amazing).

“When we’re going to work and putting money in the bank, it’s time to make a withdrawal. It’s nice when it’s there.”

Added teammate Troy Andersen: “He’s a freak athlete. You see him in the weight room and you see him every day at practice. He’s always impressed me and now everybody else gets to see it too.”

Hardy jumps 40 inches in the vertical leap on his second jump and is understandably pumped. That would rank top 5 among all DEs and LBs who competed in the vertical at the NFL combine. pic.twitter.com/1IUtu6yVjG

Hardy and Andersen were among the 12 athletes competing in MSU’s Pro Day on Monday, all vying for an opportunity to be noticed by the scouts representing 20 NFL teams in attendance. That list of athletes includes Andersen, a linebacker; offensive linemen Taylor Tuiasosopo and Lewis Kidd; wide receivers Lance McCutcheon and Nate Stewart; defensive linemen Chase Benson, Amandre Williams and Hardy; and defensive back Tre Webb.

With over half the NFL represented, Hardy said he came to Pro Day to send a message.

“I belong in the NFL and I wanted to communicate that to the scouts who were here to see me,” Hardy said. “I’ve been putting in the work, and it was time to let it show.”

His teammates showed out as well. It helped, as multiple players cited, being able to feed off the support from fellow players, fans and coaches in attendance, especially during the bench press, vertical and broad jump.

Hardy said it would’ve been easy for everybody to “do our own thing” while players cycled through drills.

“But guys are out there cheering their teammates on,” Hardy said, “encouraging them to do better. It’s a beautiful thing to see a group of guys come together over a number of years and build lifelong relationships that we’ll always have.”

Tuiasosopo added that this group has built a “brotherhood” over their years as Bobcats.

Monday also served as a bit of a homecoming for several players, a final chance to compete on the field at Bobcat Stadium. Kidd said he felt like he “never got the chance to decompress” after MSU’s season-ending loss to North Dakota State in the Football Championship Subdivsion title game in January.

“It kind of felt like everybody just kind of went off on their own separate ways there,” Kidd said. “So to get to come back and get some closure and get a chance to talk to some of the guys, see my boys (was awesome).”

Andersen added that it’s been great to reconnect with everyone over the past few days. And after his busy offseason — which included standout performances at the Reese’s Senior Bowl and NFL scouting combine — it’s helped put in perspective the talent within the MSU program.

“I mean, we didn’t play in 2020,” Andersen said. “We thought we were good and we knew we had good players. And then to kind of do what we did during the season, it’s kind of like, ‘Wow, we must have good players.’

“And then obviously you see the performances that guys put up (Monday) and the looks that they’re getting, it’s really kind of rewarding and gratifying to be able to play with them, first off. And then yeah, I’m excited for them.”

Webb agreed, and said he believes every player in this group has the talent to play professionally next season.

“And I mean that,” Webb said. “It’s going to be great playing against them or, hopefully, playing on the same team. Just that camaraderie we had, we built, throughout the season in fall camp since I got here.”

With the NFL Draft still over three weeks away — set for April 28-30 in Las Vegas — this group still has some time before they find out the future of their respective football careers.

But as Pro Day came to a close, Kidd reflected on how far each member of this group had come, and how getting to this point “didn’t happen overnight.”

“Everybody in this class, everybody who did the Pro Day this year is here for a reason,” Kidd said. “It’s awesome to see everybody putting up good numbers and everybody kind of doing their thing. It’s kind of what we expect here and how we want this program to keep going. We want five, six, seven guys every year to be ready to make the jump to the next level.”

Bobcats coach Brent Vigen talked about No. 41, MSU's upcoming Pro Day, his team's newest recruits and a couple players who are in new positions.

World No. 1 from Melstone earns buckle at Missoula Stampede Rodeo

Clay Oven ready to take off with Billings Central Rams, then Griz