Montana State, which began fall camp Aug. 2 in Bozeman, has turned its attention to its Week 1 opponent, Texas Tech. 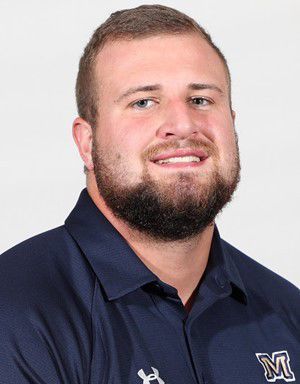 BOZEMAN — Jeff Choate yelled less, by his own admission. There wasn’t as much stress. Coaches coached, players played and practices were conducted at a fluid and balanced pace.

It’s true that Montana State’s fourth fall football camp with Choate as head coach has carried a more businesslike tone than previous years, which seemed increasingly obvious as the past few weeks moved along.

“By far the most smooth (camp) I’ve been a part of,” junior outside linebacker Troy Andersen said. “No one’s complaining. We’ve had a lot less injuries it seems like. Everybody just goes about their business trying to get better each day. It’s been a good one.”

“I think it’s been the most organized one so far,” added senior left tackle Mitch Brott. “After four years of this, everyone that was a freshman at that time kind of has (Choate’s) mentality now. They can show that to the younger kids and everything just kind of flows more smoothly.”

With the team having now turned its attention to its Week 1 contest at Texas Tech, and with redshirt freshman Casey Bauman having already been named the starting quarterback, about the only thing left to be clarified — publicly, at least — are the finer points of the depth chart, notably the pecking order at the two inside linebacker positions as well as tight end and cornerback.

But due to the personnel development that’s been cultivated in camp, the Bobcats are going to need each of those players to contribute regardless of who starts at a given position, especially in a 12-game season (and perhaps beyond, the team hopes).

So there’s less intrigue surrounding the depth chart, which is expected to be released in some form early next week.

As many as seven players have competed at those two linebacker spots — Michael Jobman, Chad Kanow and Walker Cozzie, along with Josh Hill, Nolan Askelson, Callahan O’Reilly and Blake Flovin.

Askelson, a Billings Senior product, was on the field with Jobman, a former Huntley Project standout, taking first-team reps during MSU's second scrimmage on Saturday.

“It’s kind of been a heated, friendly competition,” said Andersen, who is ensconced as the starter at the strong-side position. “They’re all really capable for us and they’re all good players and they’re all smart. I’m sure whoever we put out there is going to be fine.”

Ryan Davis, Jacob Hadley and true freshman Ryan Lonergan have competed among the tight ends, while Level Price and twins Ty’Rhae and Ty’Rese Gibson have shown flashes at cornerback, where Greg Filer had been dinged up earlier in camp and Tyrel Thomas was a late arrival.

Senior Damien Washington, meanwhile, has had a solid month of practices.

“We do have good depth there,” Choate said. “I think Tyrel is a really good man-to-man guy, Ty’Rhae Gibson has rolled with the (first team) a lot during camp and he’s really come a long way. Old steady Eddie, Damien Washington … there’s a lot of options for us there, and we’re going to need them all.”

The Bobcats are 10 days away from their season opener at FBS Texas Tech. Kickoff is scheduled for 2 p.m. Mountain time Saturday at Jones AT&T Stadium in Lubbock, Texas.

The game contract, which was signed in 2014, will net the Bobcats $500,000 in guarantee money, according to MSU athletic director Leon Costello.

The Red Raiders are under the direction of first-year coach Matt Wells, who was most recently the head coach at Utah State, where he forged a 44-34 record in six seasons.

Wells, the Mountain West coach of the year in both 2013 and 2018, takes over for Kliff Kingsbury, who is now the head coach of the NFL’s Arizona Cardinals.

Wells played quarterback at Utah State and is an offensive coach by trade. He brought a high-scoring spread philosophy with him to Lubbock and the Big XII Conference.

Montana State’s last win against an FBS team came in the 2006 season opener, a 19-10 victory at Colorado. Its most recent FBS game was a 31-0 loss at Washington State to begin the 2017 season.