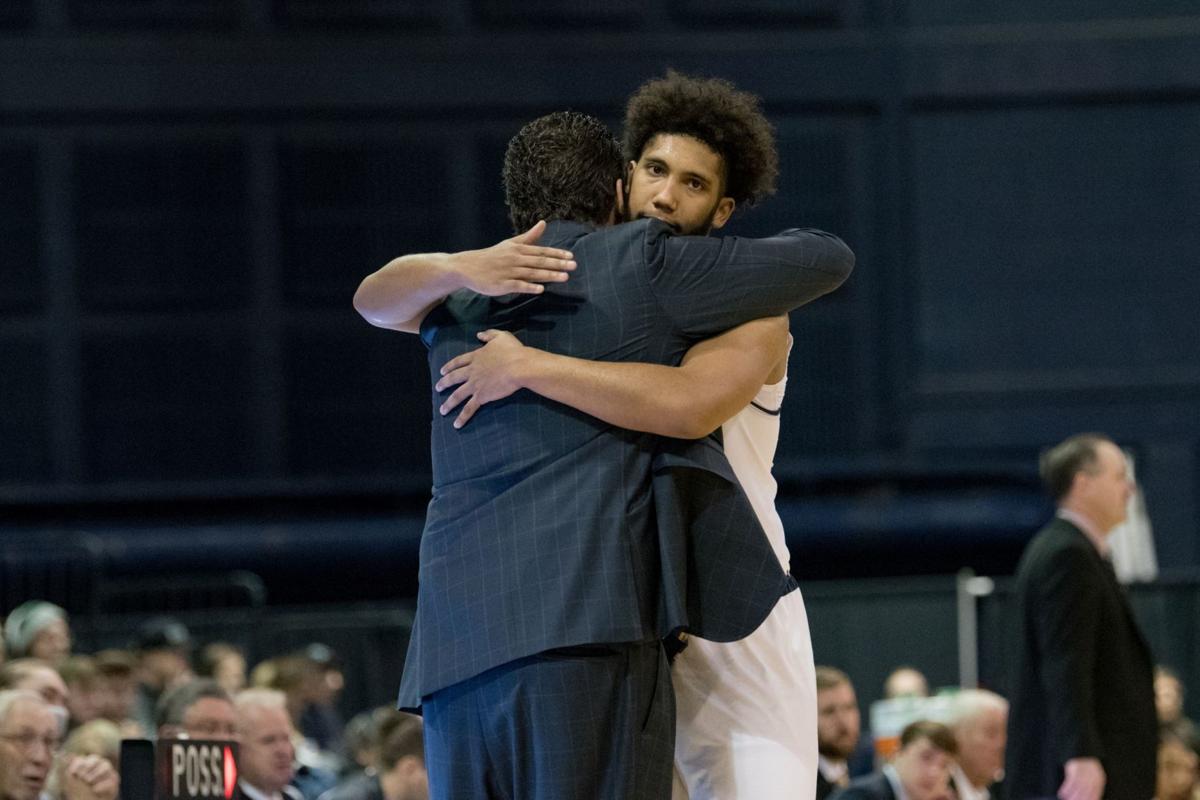 Montana State guard Tyler Hall embraces coach Brian Fish near the end of an 86-72 victory over Idaho on Saturday in Bozeman. 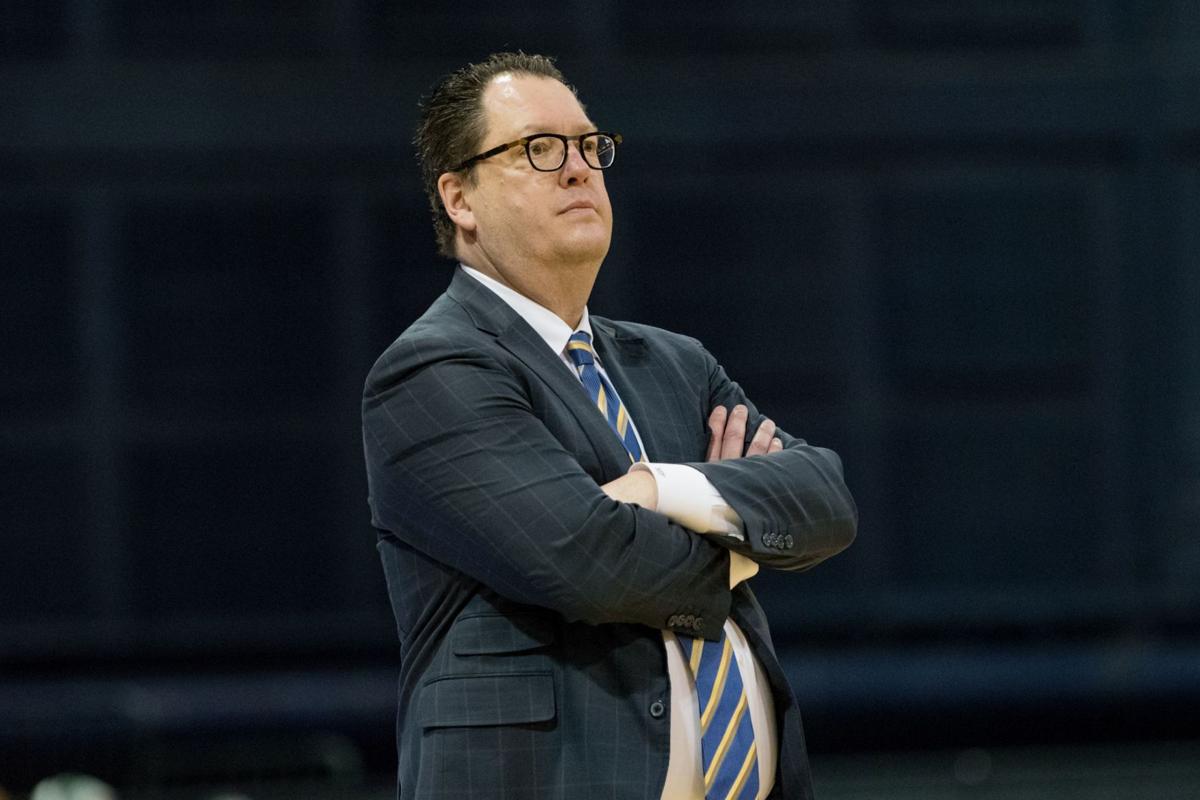 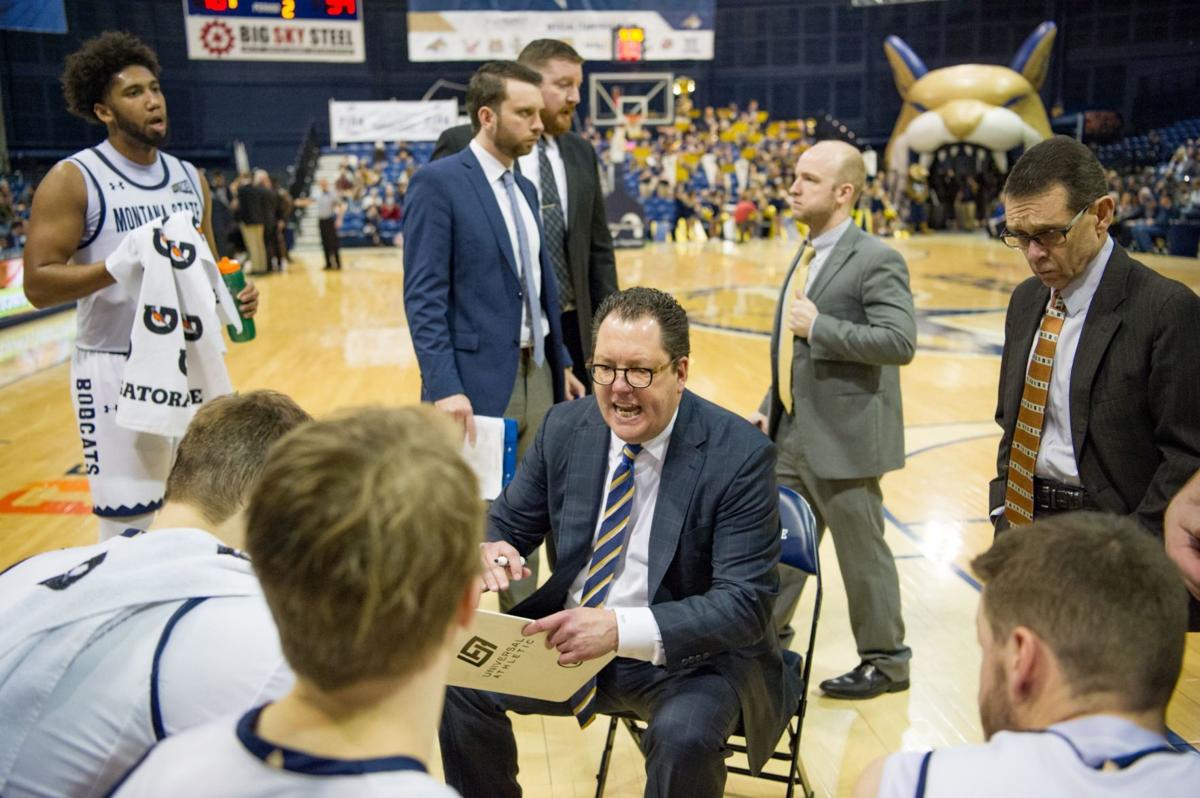 Montana State guard Tyler Hall embraces coach Brian Fish near the end of an 86-72 victory over Idaho on Saturday in Bozeman.

Less than 24 hours after he learned that his daughter Caryssa had died, Montana State men's basketball coach Brian Fish coached his team to an 86-72 Big Sky Conference victory over Idaho at Worthington Arena in Bozeman. I still don't know how Fish did it. As a father who had already lost a son previously, it was an obvious time of grief for Fish. But on that February day earlier this year, basketball was his escape, and the Bobcats carried their coach. Fish is no longer at MSU — he is now head of player personnel under his friend Tom Crean at Georgia — but this was a true display of strength, and the reason it was my favorite story from 2019. -- Greg Rachac

BOZEMAN — One by one as they were subbed out in the late stages of a sizeable victory — from Tyler Hall to Harald Frey to Devin Kirby to Sam Neumann — Montana State’s players approached the bench and gave their coach, Brian Fish, a big hug accompanied by words of comfort.

This was less about a college basketball game and more about the strength of the human spirit.

On Friday, Fish learned that his 29-year-old daughter Caryssa had died in Florida. Nobody would have blamed him if he missed MSU’s Saturday matinee against Big Sky Conference bottom-dweller Idaho, but a grieving Fish did the only thing he knew how to do.

He coached his team.

Fish choked back tears during the press conference following the Bobcats’ 86-72 win, and alluded to the notion that MSU’s players and coaches carried him instead of the other way around.

“There was no bigger fan of the Bobcats than my daughter,” Fish said with a quiver in his voice. “I told everybody in the locker room (if) there’s someone special in their life to make sure they call them or text them tonight and tell them thanks. For the first time in my life I don’t have a text waiting for me telling me, ‘Great job, Dad. You’re my hero.’

“My job as a head coach is to help people, to challenge people, get them out of their comfort zone, help people reach their goals, help them be successful. Today I didn’t do it. Today those guys lifted me up, and I don’t have words for it.”

When Fish emerged from the locker room a few minutes before tipoff, he shared a long embrace with Idaho coach Don Verlin, which was indicative of the tight coaching fraternity that exists within the league.

Before the national anthem, the public address announcer at Worthington Arena called for a moment of silence to honor the memory of Fish’s daughter.

Fish kept his head bowed during that quiet interval.

The Bobcats (11-10, 8-5 Big Sky) then ran away from the Vandals to secure their third consecutive victory. During the game, Fish coached as hard as he usually does by subbing at his normal rate, imploring his team to defend and rebound, and working the officials.

It was amazing considering Fish said he was filling out paperwork in the locker room before the game to begin the process of moving his daughter’s remains from Florida to Omaha, Nebraska, where the funeral will be held.

“This is a tough circumstance no matter who you are,” said Frey, who led five players in double figures with 17 points. “We look at each other as a family here. Everyone involved, we’re a family.

“I think when that struck, that struck all of us. We really wanted to come out there and get this one for coach. He’s a strong guy but today he felt like leaning on us. That was important for us to know we have his back, as well.”

Neumann added: “All the respect in the world to (Fish) for being there. Really happy we were able to get the win and help him through it.

“We didn’t really need to talk about it. Everybody kind of knew. That was definitely a motivating factor to come out and play hard and give it our all for coach.”

Specifics of Caryssa's death are unclear. In a press release issued by MSU’s sports information office Friday night, Fish said authorities in Florida are working through the details.

Fish was not present at the Bobcats’ shootaround on Friday. Instead, assistant coach Silvey Dominguez conducted practice.

“My main worry is, I’m worried about my wife (Melyssa). She’s twice as tough as anybody I know.

When asked, Fish indicated the he didn’t yet know the logistics of his comings and goings in the next few days, except to say that it will be fluid.

The Bobcats travel to play at Idaho State on Thursday, though that seems trivial now.

“We have to get my daughter back from Florida to Omaha. There’s a process in that,” Fish said. “I’m not quite sure how that works, but certainly people are helping. Once we get her back to Omaha we’ll figure things out.

“You have a fan club of about three: My wife, my daughter, my mom. And it’s a short list after that. I lost one. Your job is to protect and provide for your kid, and I didn’t do it.”