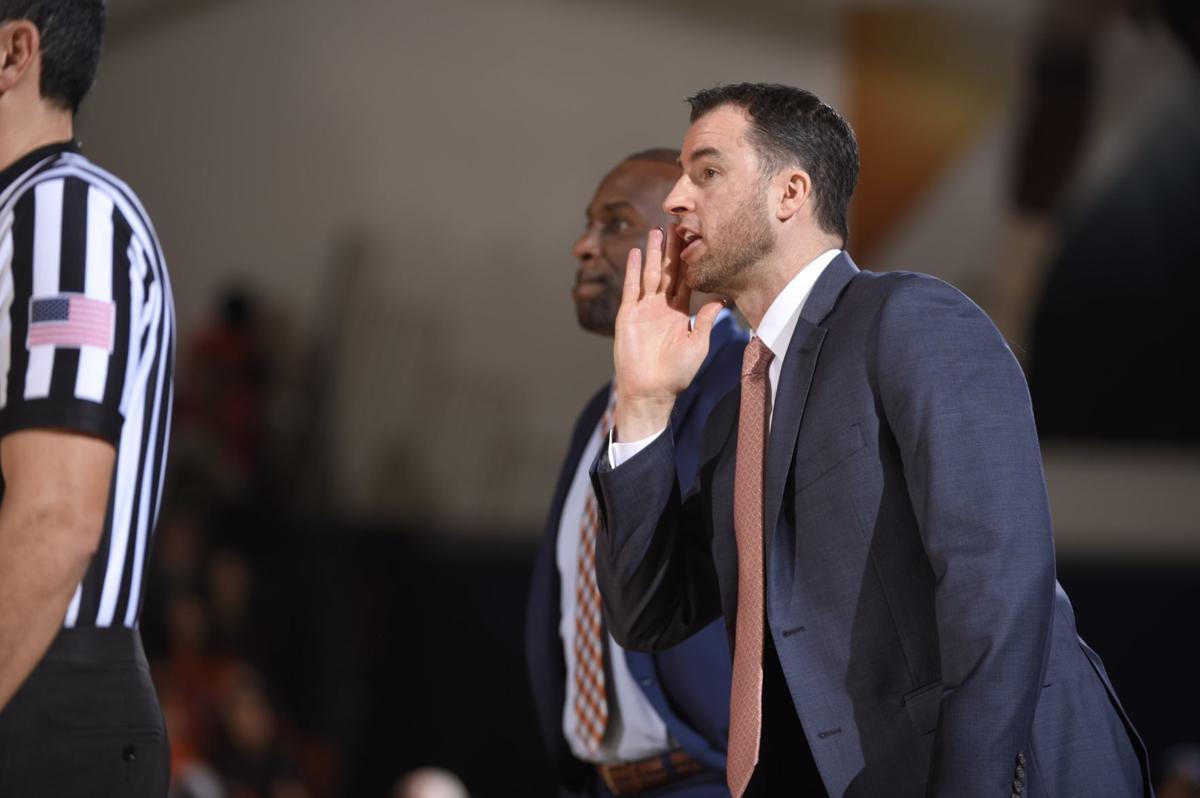 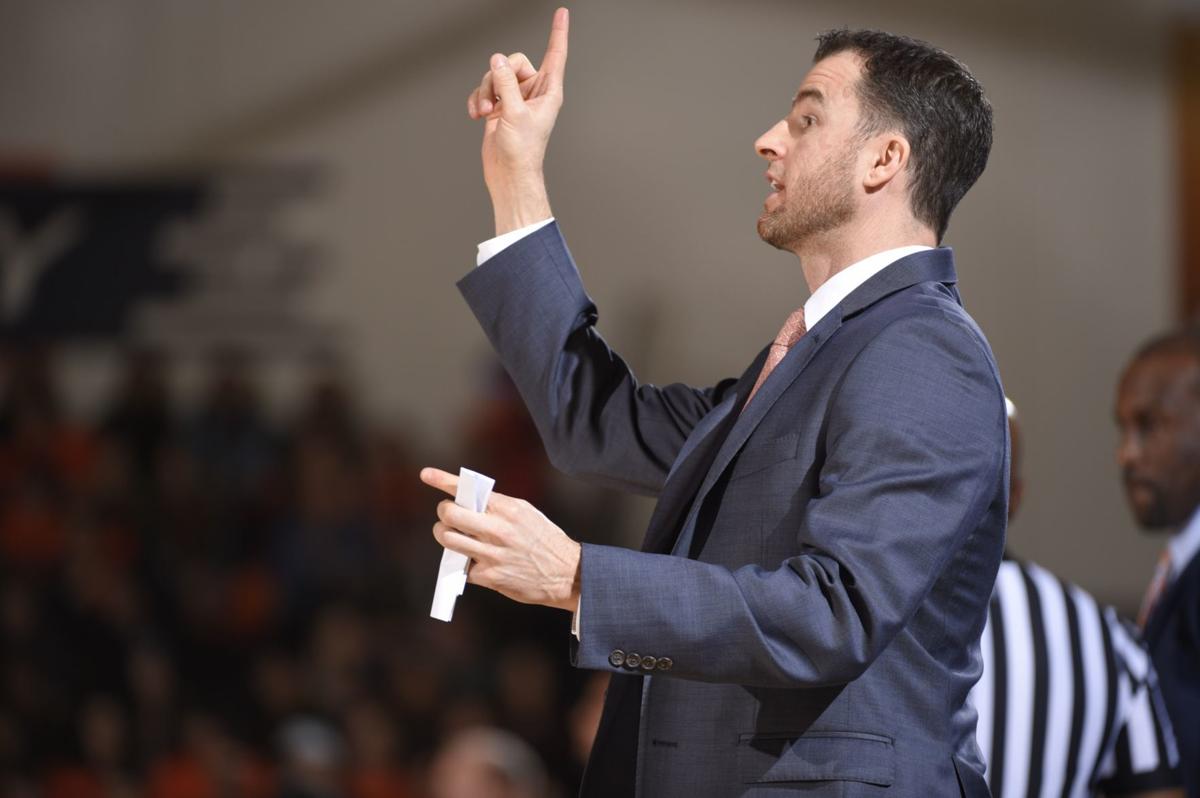 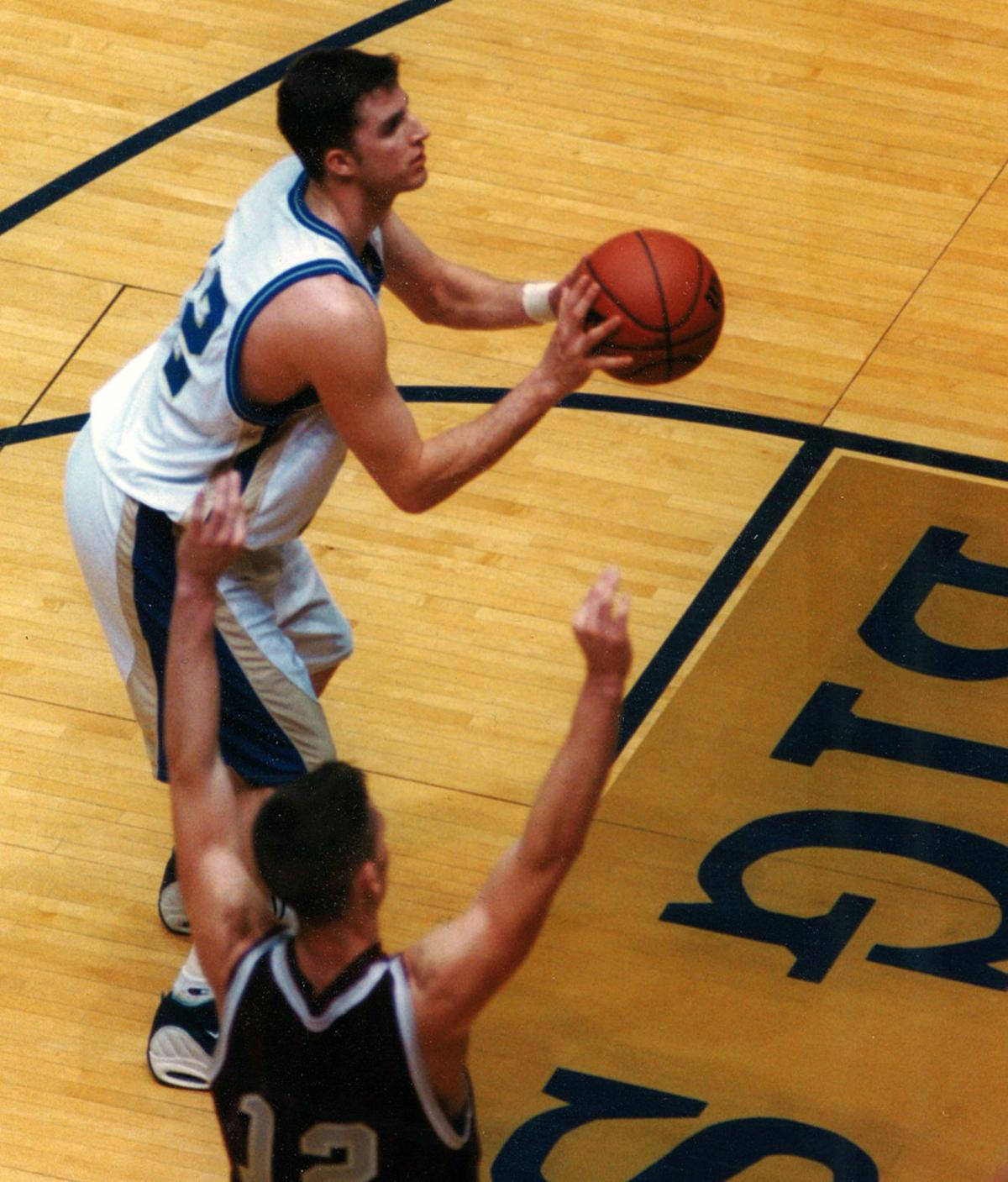 BOZEMAN — Former standout player Danny Sprinkle is the 23rd head men's basketball coach at Montana State, the school first announced Thursday via Twitter and then in a press release.

The next head coach of the Bobcat basketball program is Danny Sprinkle! #GoCatsGo pic.twitter.com/4B5g1JIrio

Sprinkle was a member of the last Bobcats team to make the NCAA tournament in the 1995-96 season and spent two years (2006-08) as an assistant at MSU under Brad Huse. He returns to Bozeman after six seasons as an assistant coach and recruiting coordinator at Cal State-Fullerton.

Sprinkle will be introduced to the public and media at 3 p.m. Friday in Inspiration Hall on the second floor of Norm Asbjornson Hall on campus. He succeeds Brian Fish, who was let go after five seasons and a 65-92 record.

"There are so many people to thank," Sprinkle said in the MSU release. "This is an unbelievable opportunity for me, my friends and my family. I wouldn't be close to anywhere to where I'm at right now without the support and guidance of so many individuals.

"The people at Montana State attracted me the most to the position. It was even more attractive of a job once I got up to campus and met the people and sat down with them face to face. President Waded Cruzado's energy is contagious. You can see why the campus is booming and why the town is booming. I'm very excited to work with Leon. I know he's going to do all he can to get our program back to the top."

Sprinkle was traveling Thursday and couldn't be reached for further comment.

Athletic director Leon Costello said in the release that Sprinkle's history with the Bobcats stood out. He also pointed to his recruiting acumen and vision.

"We are thrilled to bring Danny back home to Bozeman," Costello said. "This search was intense and exhaustive, with a large number of high-quality coaches interested in coming to Montana State University. But at every turn, Danny kept rising to the top. It's clear that his Bobcat pride runs deep. Combined with his coaching and recruiting experience and legendary career at Montana State, we couldn't be more excited to have him leading our program into the future."

Sprinkle graduated from Helena High School before moving on to MSU. His coach with the Bobcats, Mick Durham -- now the head coach at Montana State Billings -- told 406mtsports.com Sprinkle the ideal hire.

"I think it’s awesome," Durham said by phone Thursday afternoon from Cabo San Lucas, Mexico, where his son Casey, another former Bobcat guard, is getting married. "You want to hit a home run with a hire and I think everybody will identify with Danny."

Durham, who played at MSU and was head coach for 16 years, said the connection to MSU can't be understated.

"I think it's that ol' Bobcat pride," he said. "I don't think you understand it until you actually play there -- that Bobcat pride and toughness. I always believed the Bobcat way should be exciting. My teams always tried to get up and down, and I assume his teams will do that. Stuff that ex-Bobcats like."

"I'm excited," Bellach said. "Bobcat basketball belongs at the top of the Big Sky Conference, and coach Sprinkle wants to make that happen and so do I and I think we've got some chances to do that. Our goal is to win the Big Sky and go to The Dance (NCAA Tournament).

"I think it's a great hire. Now that he's here I'm excited to get to work."

Sprinkle has been an assistant at Cal State-Fullerton, Cal State-Northridge twice and MSU. Cal State Fullerton's 2017-18 team was the third in school history to make the NCAA Tournament.

This is what success looks like, hard work, sacrifice, defeat, victory, growth & development! That’s @ds2243. I cant even put in words how proud & excited I am to watch his immediate impact at his alma mater! Thank you for who you have been to/for us. The best is yet to come! pic.twitter.com/vcTbbwbeXx

"This is what success looks like, hard work, sacrifice, defeat, victory, growth & development! That’s (Danny Sprinkle)," Fullerton State head coach Dedrique Taylor tweeted Thursday night. "I can't even put in words how proud & excited I am to watch his immediate impact at his alma mater! Thank you for who you have been to/for us. The best is yet to come!"

Sprinkle was an assistant at Cal State-Northridge from 2001-06 and again from 2008-13. The Matadors won the Big Sky Conference regular-season and tournament titles in his first year; the school eventually moved into the Big West Conference.

At MSU, Sprinkle started as a freshman on the 1995-96 team that won the Big Sky regular-season and tournament crowns. The sharp-shooting two guard scored 30 points in the title game and landed on the all-tournament team.

Sprinkle is the seventh-leading scorer in school history. Upon his graduation in 2000, he held the school record for 3-point baskets for a career and season.

"Helena is where I grew up, but Bozeman is where I came into my own," Sprinkle said in the release. "I always take pride in Bozeman. It's a second home. I love to see how it's growing and you see everything and the way it's booming. I can't wait to add to that excitement."