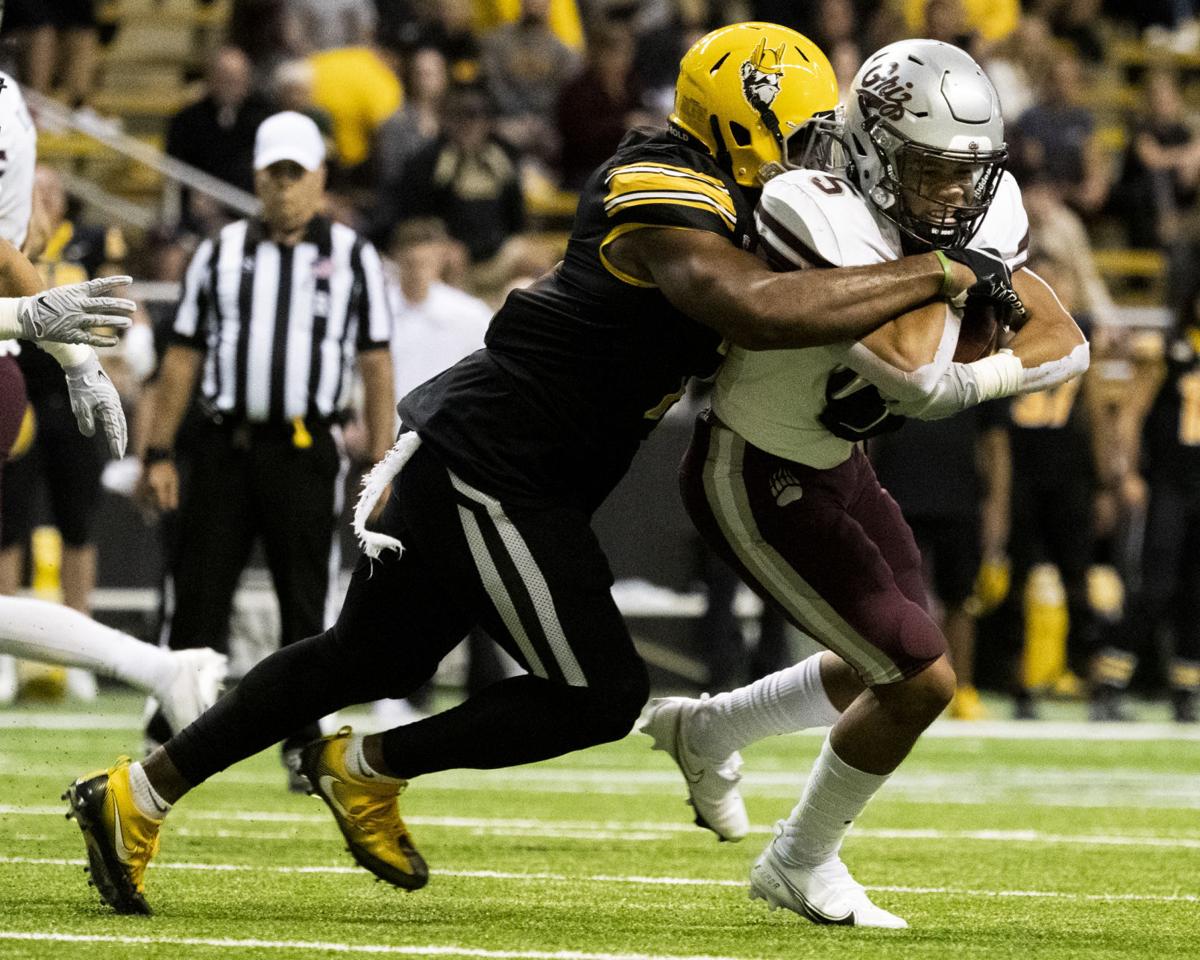 Montana’s Junior Bergen is tackled by Idaho's Charles Akanno during their game at the Kibbie Dome in Moscow, Idaho, on Oct. 23. 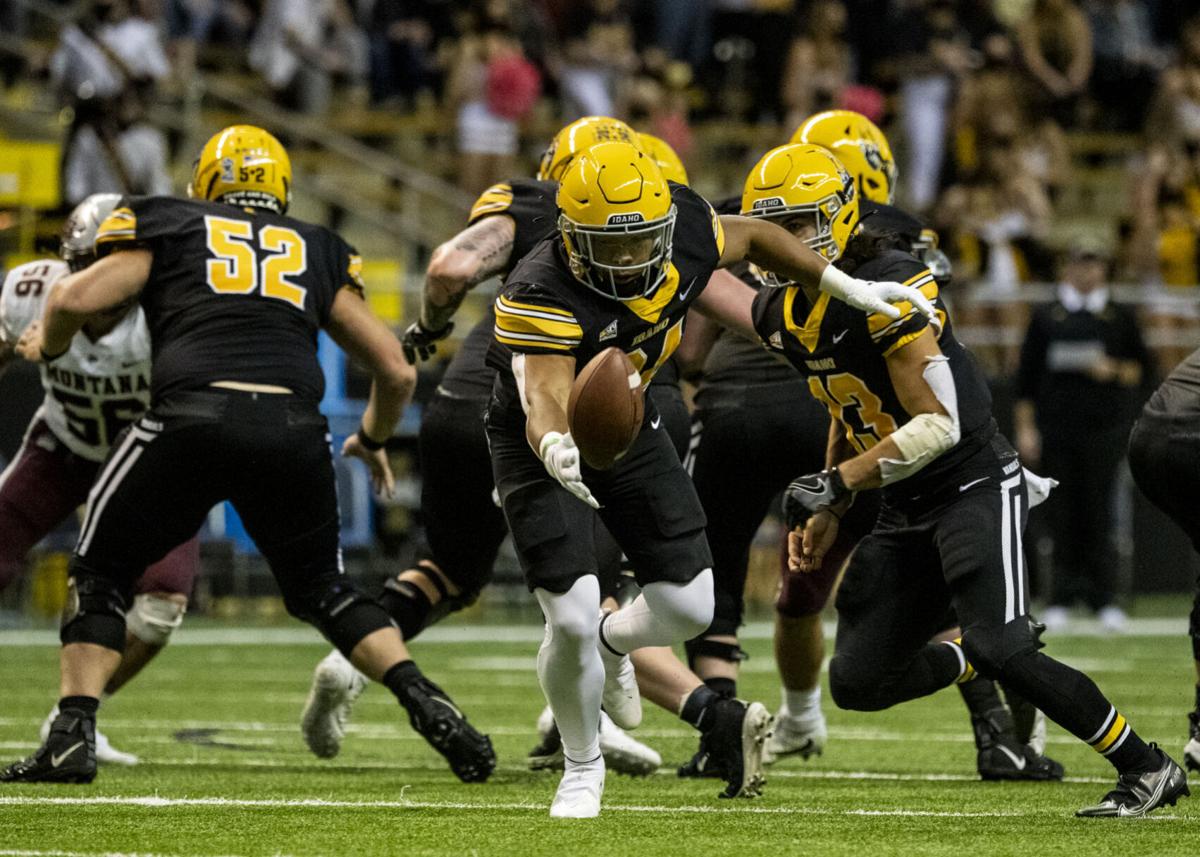 Idaho’s Roshaun Johnson fumbles a snap during a game against Montana at the Kibbie Dome in Moscow, Idaho, on Oct. 23.

Stephan Wiebe, a reporter for the Lewiston (Idaho) Tribune, answered five questions about the Vandals ahead of their conference game, which will kick off at 1 p.m. at Bobcat Stadium. It’s senior day for MSU.

406: What is Idaho's biggest strength?

SW: On offense, the Vandals have been committed to the run game this season, and they do it by committee with multiple running backs and quarterbacks. Idaho has three rushers with at least 300 yards and six that have more than 100 yards on the season.

406: Who is Idaho's best player on both sides of the ball?

SW: The best player on the team from a talent perspective is junior linebacker Tre Walker, who leads the team and ranks No. 2 in the Big Sky with 89 tackles. He has aspirations of playing in the NFL next fall.

I wouldn’t have said this two weeks ago, but the best player on offense might be junior running back Roshaun Johnson. After entering the game against Southern Utah as the team’s fourth-leading rusher, he exploded for 174 yards and a school-record six touchdowns — the most in the FCS or FBS this season. Definitely the biggest offensive performance in a long time.

406: Is Idaho missing any key players? If yes, who are they?

406: What has been the biggest reason for Idaho's struggles since rejoining the Big Sky in 2018?

SW: I wish I knew. Part of the vision when the Vandals moved down from the FBS was to have immediate success in the Big Sky, especially since they were coming off a bowl win as recently as 2016. Instead, Idaho has just lost a lot of money and a lot of games.

406: Will MSU fall victim to the trap game, or do you expect the Bobcats to roll?

SW: Idaho looked the best it has all season in its win over Southern Utah. But the Vandals struggled mightily against Eastern Washington and Montana on back-to-back weeks, and MSU might be their biggest challenge yet. I see the Bobcats rolling in this one.

The Bobcats have 21 of their 22 players listed as starters on the season-opening depth chart.