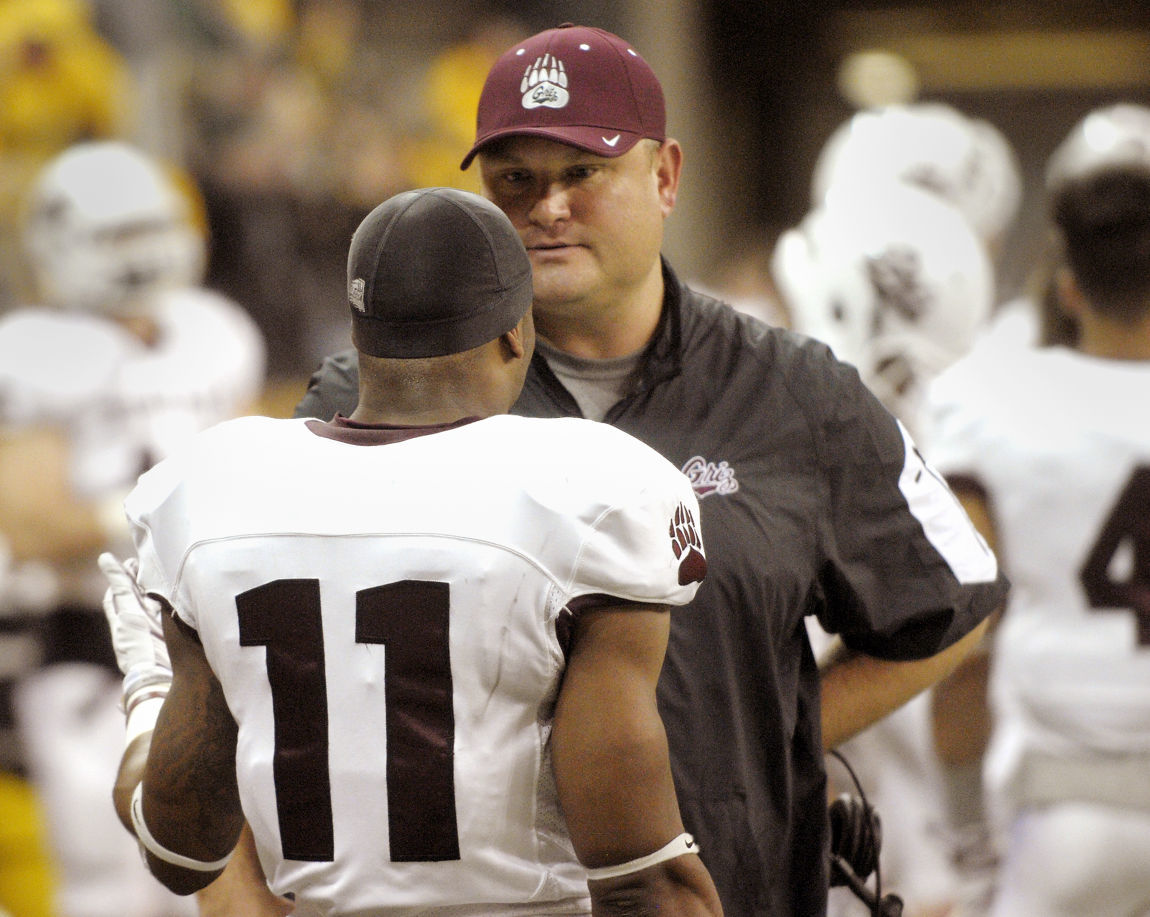 Former Montana and Montana State defensive coordinator Ty Gregorak talks with former Grizzly cornerback Nate Harris in this photo taken during a playoff game at North Dakota State four years ago. When it comes to the Brawl of the Wild, Gregorak says his former boss, current Griz head coach Bobby Hauck, "genuinely taught us as coaches how to hate the opponent." 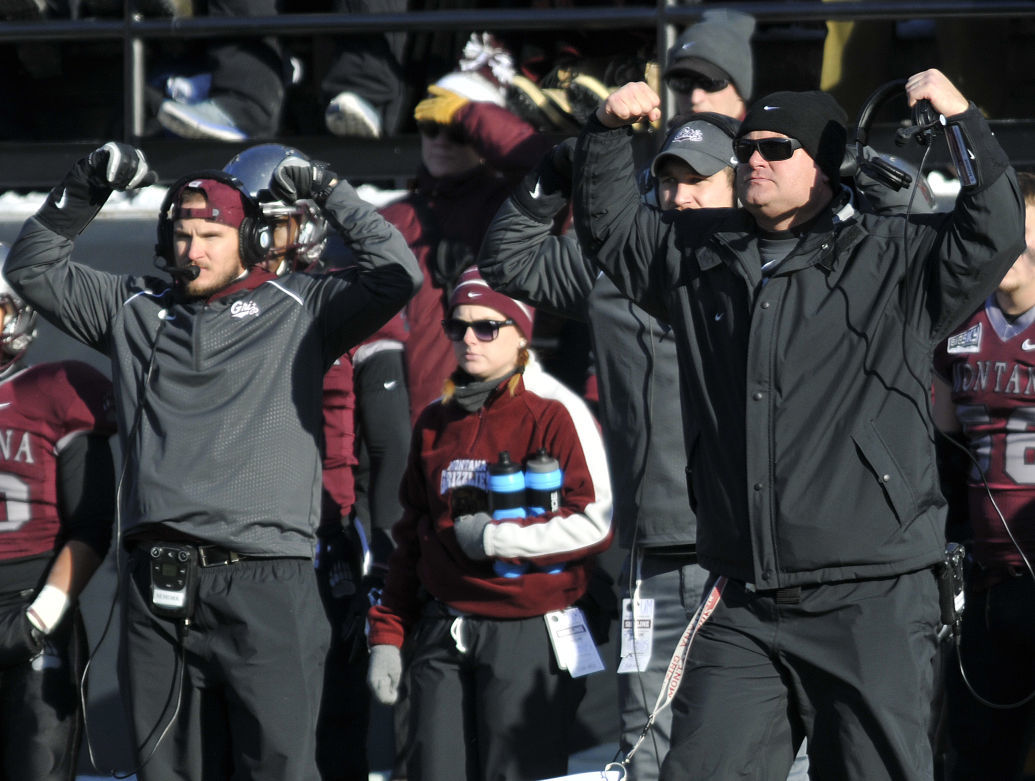 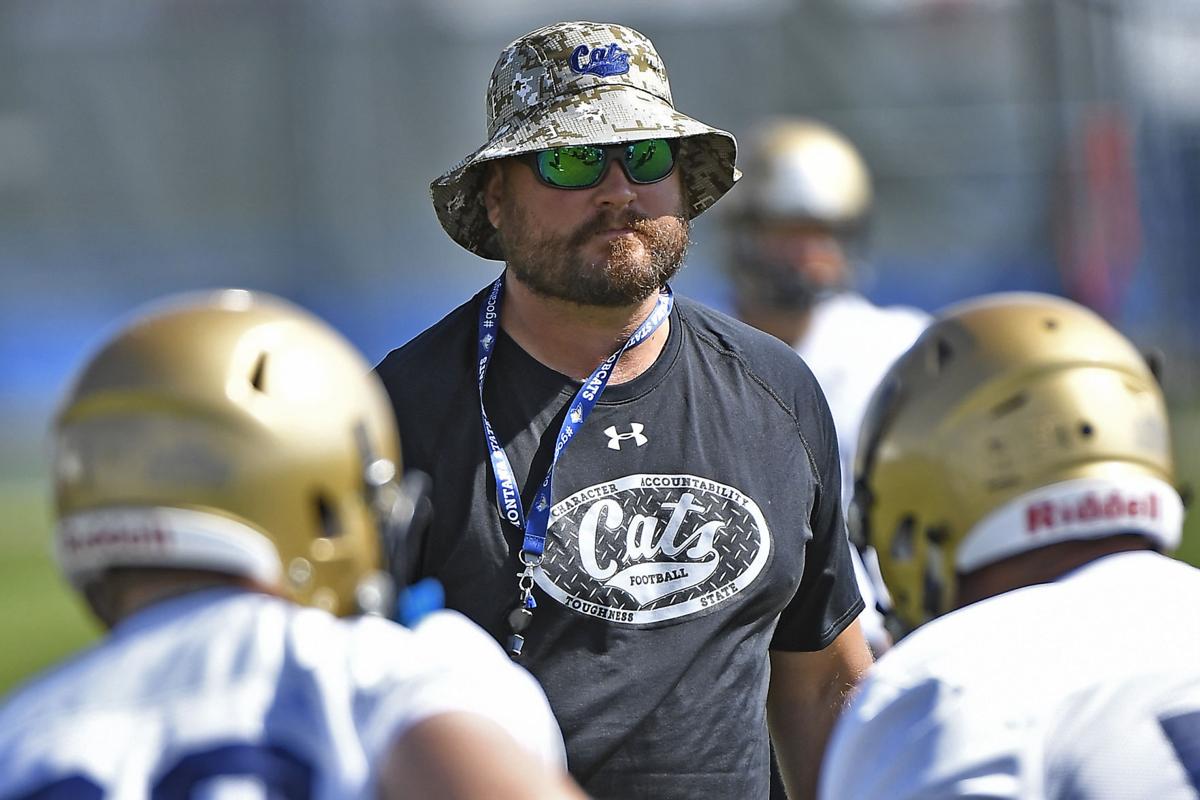 In defensive coordinator Ty Gregorak's first season with Montana State -- after 12 seasons with the Griz in Missoula -- the Bobcats have taken a massive leap forward defensively. 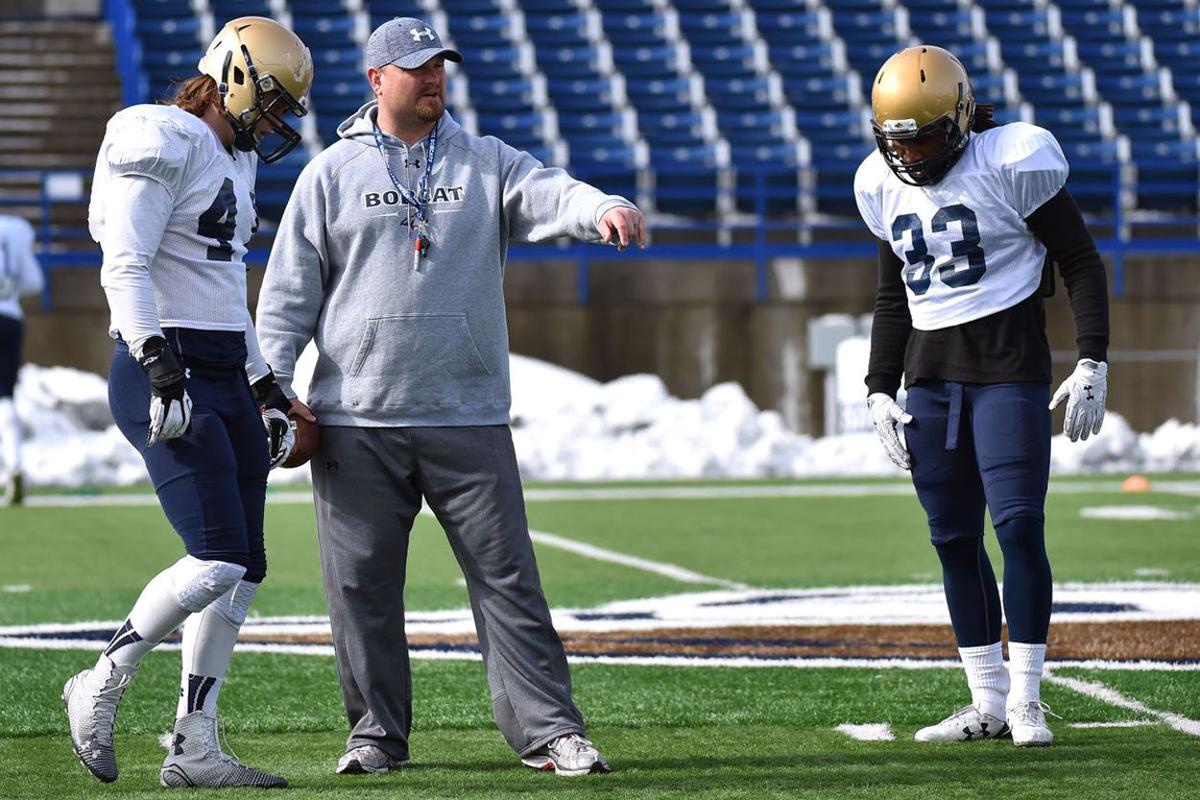 Montana State defensive coordinator Ty Gregorak, who was with Montana last season, is in charge of turning around the Bobcats' defense.

Former Montana and Montana State defensive coordinator Ty Gregorak talks with former Grizzly cornerback Nate Harris in this photo taken during a playoff game at North Dakota State four years ago. When it comes to the Brawl of the Wild, Gregorak says his former boss, current Griz head coach Bobby Hauck, "genuinely taught us as coaches how to hate the opponent."

In defensive coordinator Ty Gregorak's first season with Montana State -- after 12 seasons with the Griz in Missoula -- the Bobcats have taken a massive leap forward defensively.

Montana State defensive coordinator Ty Gregorak, who was with Montana last season, is in charge of turning around the Bobcats' defense.

MISSOULA — Ty Gregorak knows one thing for sure come Nov. 23: He’ll be warm while watching the Brawl of the Wild football game.

The former assistant coach and defensive coordinator at both Montana and Montana State will either be watching the game from the comfort of his home or calling it on TV in a broadcast booth at Bobcat Stadium.

Wherever Gregorak is that day, it’ll be just the second time in 17 years that he won’t be coaching in the heated in-state rivalry. That prospect started to hit him as the calendar turned to November and the games started meaning more in the race for the conference title and playoffs.

“The closer we get to the Brawl, it’s going to be weird not being in a Brawl for the first time in a long time,” Gregorak said after a recent family dinner, which he didn’t get to have too often while coaching college football. “It’ll be interesting not being a part of a Brawl — that’s for sure.”

Adding to that unique standing is that Gregorak worked under the two coaches who are currently leading the Griz and the Cats, Bobby Hauck and Jeff Choate, respectively.

Whether he was at Montana or Montana State, Gregorak was a regular winner in the series. He went 12-3 overall and 6-1 as a defensive coordinator.

“There’s nothing like winning this game,” Gregorak said. “People outside of our borders don’t understand how great of a rivalry this really is.”

Gregorak was one of those people outside of the borders at first, growing up in Washington and playing at Colorado.

He came to Montana in 2003 to coach safeties under Hauck, who he worked for at Montana through 2009. Gregorak credits Hauck, a Griz assistant under Don Read in the 1980s, with instilling in him the mentality needed to win in the rivalry.

“Bobby genuinely taught us as coaches how to hate the opponent,” Gregorak said. “This isn’t an everyday thing, but on that Saturday every year, you have to hate the guy in front of you.

Gregorak knows about big-time rivalries, playing in Colorado-Nebraska and coaching as a graduate assistant in the Apple Cup between Washington and Washington State. As a football fan, he knows about The Game, the Iron Bowl and the Civil War.

He feels the Brawl of the Wild is on that same level as a natural rivalry, although just on a smaller scale.

“There’s a different level of intensity with this game,” Gregorak said before running through the history of the Brawl of the Wild. “For being a non-Montana guy — but I’ve basically spent my entire adult life in Montana — I took a lot of pride in the game.

“I won’t lie — that pride and passion, I learned it from Bobby Hauck. All I did was bring it here to Bozeman with me. I tried to make it extremely clear in those three weeks over the last three years to the Montana State defense and to the Montana State linebackers that I coached that it was not OK to lose.”

Gregorak took that mentality to Montana State, where he worked under Choate, who grew up in Idaho and played college football at Montana Western.

He noticed both Choate and Hauck are similar in placing emphasis on defense and special teams. Then there’s their passion for football, although Hauck can speak in a reserved tone with coded language while Choate will say exactly what he’s thinking.

Both of them take the rivalry serious, Gregorak noted, which is why Hauck went 5-2 against the Cats in his first stint and why Choate has gone 3-0 so far.

“I think the ones that try to downplay the game are the ones that end up usually on the losing end,” Gregorak said. “You try to go into it with the same focus. Nine out of 10 kids and coaches like a routine, so you don’t want to steer too far from that routine.

‘You can’t write it’

Gregorak was baptized into the rivalry quickly, losing his first game and two of his first three. After that he won 11 of 12, including six in the row, with three at each school.

The first loss is ingrained in Gregorak’s memory, but not for why many would think.

Montana State plays a highlight video of the rivalry 24/7 on all the TVs in their football offices and locker room throughout the week of Cat-Griz. Gregorak, then a Griz coach, watched himself numerous times on the sideline after MSU’s Corey Smith returned the opening kickoff 90 yards for a touchdown in the Cats’ 2003 win.

“For the last three years, I’m watching this highlight reel, but I’m in different colors, I’m in maroon,” Gregorak said. “I’m pretty sure I’m cussing on film. It’s all silent. There’s me at 24 years old on the sideline saying some expletives after we just got scored on, and sure enough we lost. That’s one of the three losses, and I’ll never forget that day. They had the old grass. It was cold. It was so cold.”

Gregorak still remembers the wins fondly, even though those loses stick with him.

One moment that stands out was 2008, when Montana warmed up in maroon and silver but came out of the tunnel in copper and gold. The Griz gave up an early field goal but shut out the Cats the rest of the way in a 35-3 victory.

“We came out in those throwbacks, and the place just went absolutely nuts,” Gregorak recalled. “I’ve seen some of the biggest game, the Appalachian States, the biggest crowds in history, and I’ll just never forget that day.”

Gregorak never lost to Montana as a Bobcat. He went 3-0 from 2016-18, pulling upsets along the way to help keep Montana out of the playoffs.

In that stretch was the 2018 game, widely considered one of the most memorable games in the series. Montana State made a goal-line stand by forcing and recovering a fumble inside the 1-yard line in the closing seconds.

“Last year was about as crazy of a finish to a Brawl as there’s ever been,” Gregorak said. “I know the history about the rivalry, I know some of the great games that have happened, but last year was unbelievable.

All three games against the Griz, including that one in particular, were emotional for Gregorak on a personal level. The 2018 game took place in Montana and came against Hauck, who had given him a coaching position as a youngster soon after he finished college.

“To leave after 12 years and go to the rival, it was a much harder thing for me than I think a lot of people understand,” Gregorak said. “I really loved Montana. I loved Missoula. My children were born in Missoula. I loved the program. I loved the players. I really, really did love my time at Montana.

"But my time (in Bozeman has) been awesome.”

There could be more Cat-Griz games on the horizon for Gregorak as a coach.

He hasn’t permanently stepped away from college coaching but is enjoying his time with his family. That includes coaching a flag football team on which his 4-year-old son played center with kindergarteners and first graders.

“The first time he ever put in a mouthpiece, I taught him how to boil a mouthpiece, and when your little boy who’s 4 looks up at you for the first time with his mouthpiece in, it’s like, ‘Wow, that’s really cool.’ It’s been a lot of fun,” Gregorak said.

Then there’s also taking on the challenge of his new job as a sales representative for the Stryker Corporation. And he’s even stayed around college football as he's got to call three games for ROOT Sports in a trial run this fall.

“As the games start meaning more and more each week — and I’m happy with where I am right now in my life, but people always ask me will I coach again, do I have that itch, and I’m really loving this new challenge in my life,” Gregorak said.