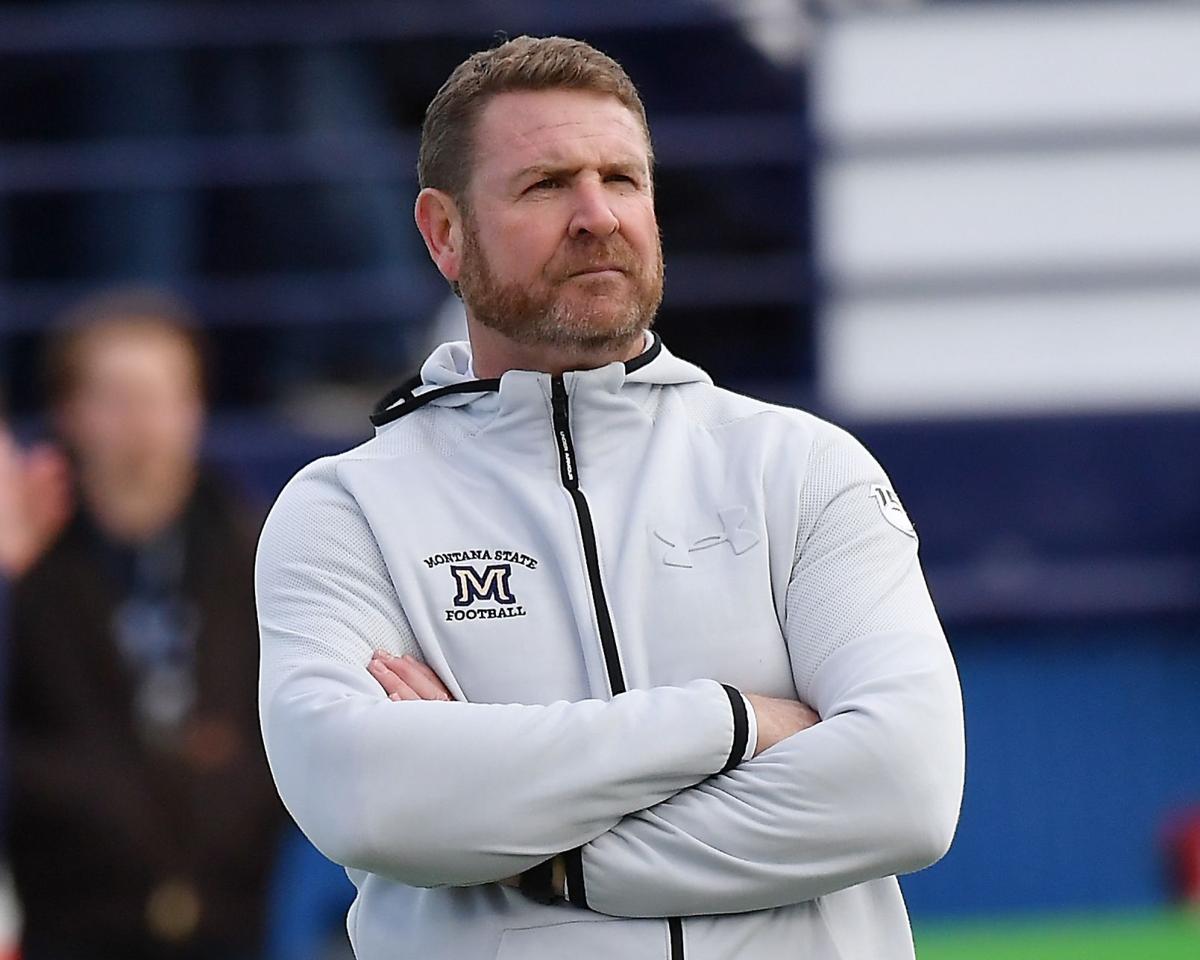 Jeff Choate said it was a difficult decision to step down as Montana State football coach but the decision to accept his new job was a "slam dunk." Choate didn't elaborate on specifics of his new job, but reports have him moving on to Texas to become a co-defensive coordinator. 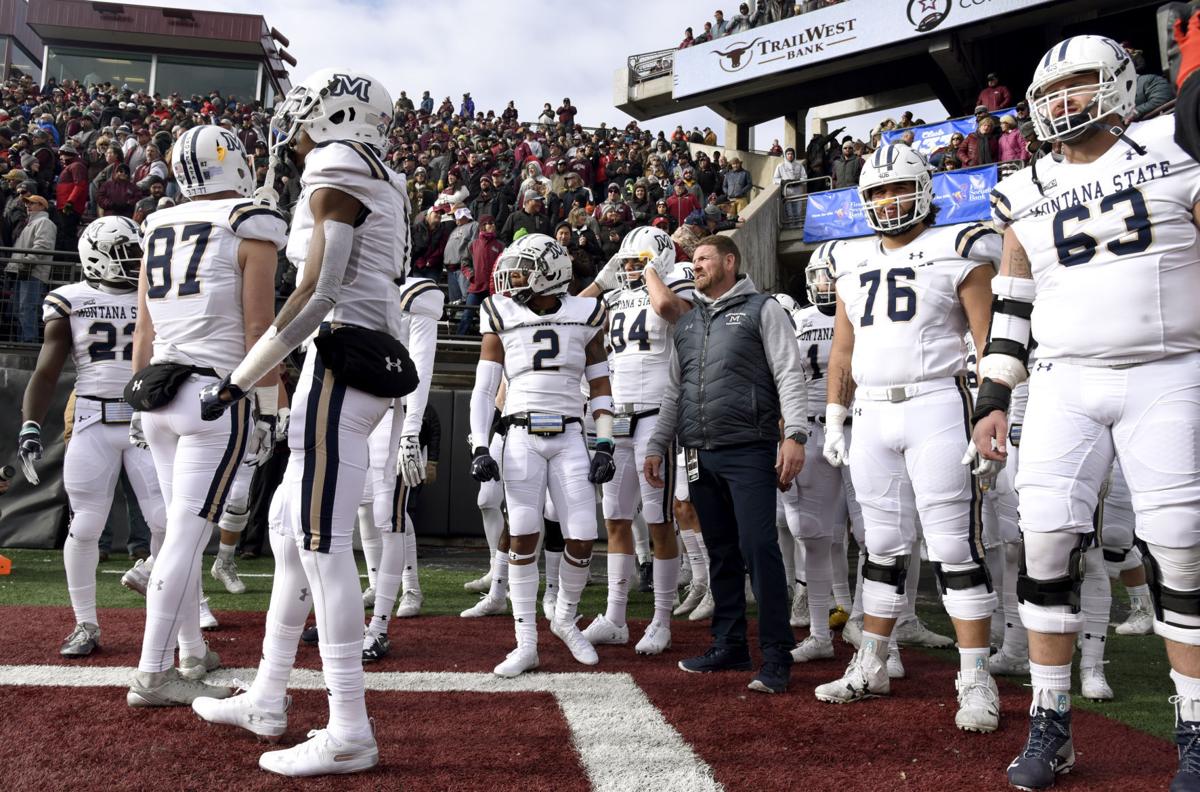 Montana State football head coach Jeff Choate waits to take the field for a game against rival Montana at Washington-Grizzly Stadium in Missoula. 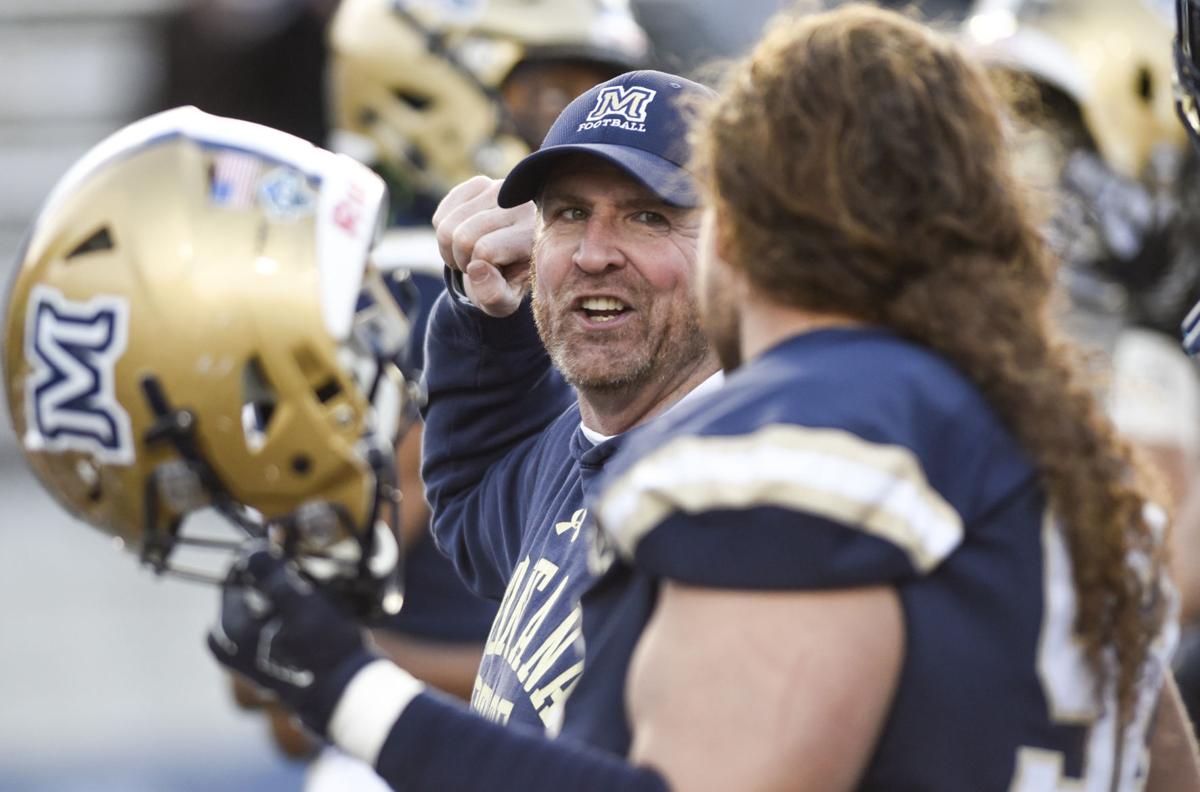 Jeff Choate said it was a difficult decision to step down as Montana State football coach but the decision to accept his new job was a "slam dunk." Choate didn't elaborate on specifics of his new job, but reports have him moving on to Texas to become a co-defensive coordinator.

Montana State football head coach Jeff Choate waits to take the field for a game against rival Montana at Washington-Grizzly Stadium in Missoula.

BOZEMAN — Often focused and unwavering, Jeff Choate became visibly emotional as he reflected on what he was leaving behind.

The Montana State head coach is on his way to Texas to become the Longhorns' co-defensive coordinator and inside linebackers coach, just a couple weeks after he nearly became Boise State’s head coach.

Bruce Feldman of FOX Sports and The Athletic reported Choate's role with the Longhorns. Football Scoop said Choate could complete a deal this weekend.

Choate, who was an assistant coach at Washington, Washington State, Florida and Boise State, was 28-22 at MSU. In 2019, he led the Bobcats to the FCS semifinals, a place they didn’t reach since they won a national title in 1984.

“I want to extend my sincere appreciation to Jeff Choate for his tremendous work as Montana State University’s head football coach,” MSU athletic director Leon Costello said in a press release. “His success on the field speaks for itself, but his work in developing young men and creating championship culture also stands out. He has positively impacted so many people, inside the football program and throughout the MSU community, and I’m grateful for his contributions to Bobcat Athletics.

“With the help of our search committee, a national search will begin immediately.”

Choate spoke to local media virtually on Saturday morning about his departure, but he declined to offer specifics.

Choate said it was a difficult decision to leave MSU, but he added his new opportunity was a "slam dunk."

"When I remove the emotion from the situation,” Choate said, “I've got to take this next step."

A week ago, Choate acknowledged his candidacy at Boise State. However, he said he still looked forward to remaining in Bozeman.

“There’s a lot of reasons why this is still the best place for me, outside of the unfinished business we have on the football field," Choate said last week. "… It wasn’t my time, and as I stated, unfinished business. I’m excited to get after that in the near future.”

"I never cheated anybody,” he said Saturday. “I always gave this place my best."

This is just a week after MSU opted out of its full Big Sky spring schedule, instead deciding to play a modified nonconference slate.

Choate had expressed frustration that the Bobcats haven’t played since 2019. While he was supportive of the Big Sky postponing its fall season at the time, he quickly hoped the conference would reconsider after FBS conferences like the Big Ten and Pac-12 reversed course.

"I get to coach football again,” Choate said Saturday, “which will be pretty fun.”

Choate claimed he’s not leaving because of anything disagreeable at Montana State, an attempt to eliminate any concern that his move was tied to concerns about MSU’s athletic department. He simply felt his new job was right for him.

"I think there's an opportunity for me to grow in this profession,” Choate said.

However, he said retaining a majority of MSU’s coaching staff would be key in maintaining the rise of the program. The head coach, Choate said, would be a substantial part of that.

Choate said the Bobcats are capable of winning a national championship in the near future.

With his head coaching experience, Choate believes he can provide unique perspective to his new destination. After being passed up at Boise State, Choate said it became clear he would have to take a step back in terms of the hierarchy of a team at an FBS program in order to become a head coach at that level.

Choate said Saturday he was offered other enticing jobs after Boise State decided to not hire him. Discussions for his new job didn’t begin until the last couple days and it "didn't get legs" until Friday.

In March, Choate signed a contract extension that ended in January 2024. His buyout of the contract is $250,000, and he may terminate the agreement for any reason.

Choate’s yearly base salary was $206,000, but with tens of thousands more in performance incentives. In a May story, Football Scoop reported Texas' co-defensive coordinator and linebackers coach Coleman Hutzler was to make $600,000 in 2020. Most of Texas’ staff was going to be paid between $500,000 and $800,000.

The Longhorns hired Pete Kwiatkowski within the last few days as their other defensive coordinator, lining up with the timeliness of Choate's discussions for his own job. Choate built a strong relationship with Kwiatkowski during their time together at Boise State and Washington.

Former Washington and USC head coach Steve Sarkisian was hired for the head coaching job at Texas. He was Alabama's offensive coordinator before this.

Choate declined to say how much Kwiatkowski factored into his decision to leave Montana State.

However, Choate said his choice was not easy. He loved the authenticity of the fan base as he grew relationships with boosters. He hoped he improved the lives of MSU's athletes. He was also proud he could leave Montana State knowing he had never lost to rival Montana in four years.

Bobcats players indicated on social media that Choate didn’t speak to them before the news of his departure broke Friday evening. Choate said his family and his players were the most difficult part of his decision. He noted it was particularly tough for his son, Jory, who is a Bobcats linebacker.

Before Choate exited the virtual press conference, he said “Go ’Cats.” Throughout the discussion, he continuously expressed love for the program and hope for its continued success.

Texas has chosen Jeff Choate as its next linebackers coach, just a couple weeks after he nearly became Boise State’s head coach.