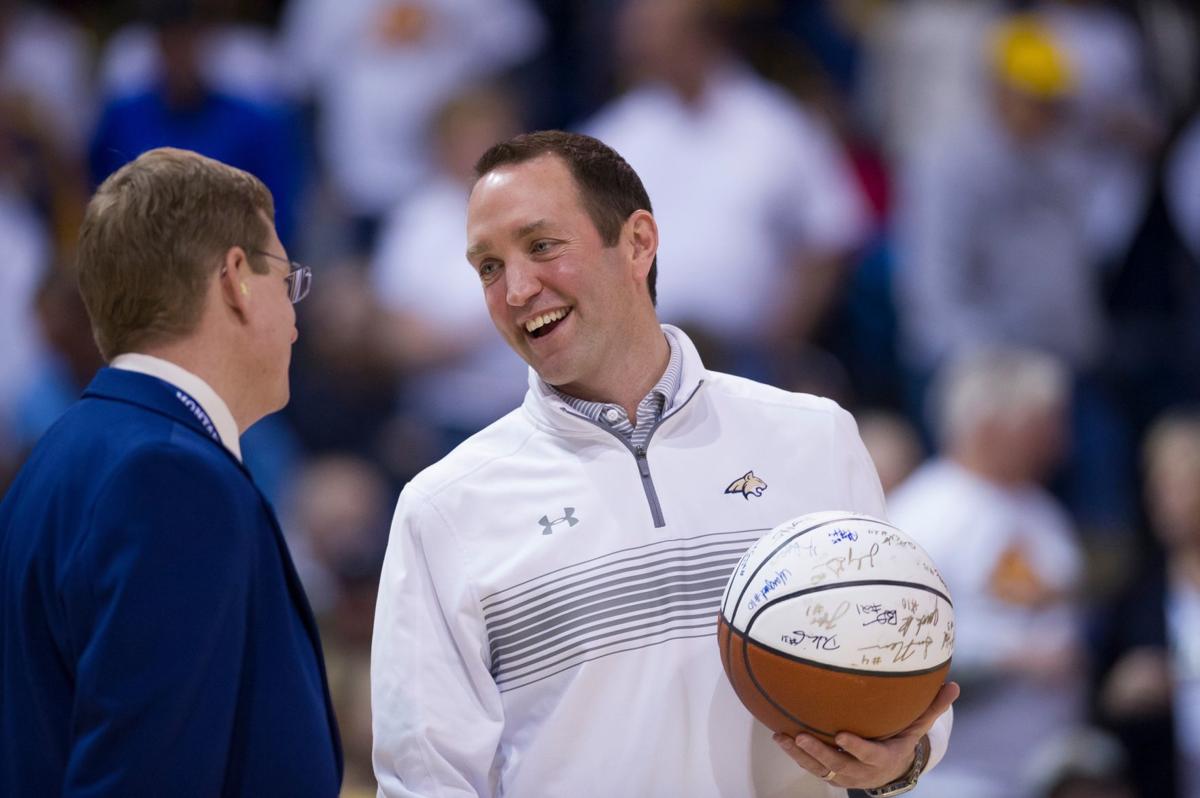 "It was our turn," MSU athletic director Leon Costello said of focusing and growth in his department.

BOZEMAN — Argue all you want the philosophical role or even existence of athletics on college campuses, and whether the 100-yard cathedrals filled to the brim on Saturday afternoons are symbols of misplaced priorities.

Of this there is no dispute: Done right or wrong, athletics in general and football in particular are the beacon of a university’s brand.

Lest anyone doubt, check the enrollment spike when a school with a long-suffering football program finally punches a bowl ticket.

The University of Montana is still reeling from Jon Krakauer’s book and a “60 Minutes Sports” expose, both directly related to football.

And consider athletics done right: The galvanization and pride around programs that win with student-athletes who shine in the classroom and in the community.

These are heady days for our state’s Land Grant institution, a designation that typically means gritting teeth at the stigma of ag-oriented roots and academic second-class citizen status next to the haughty liberal-arts colleges up the road (hey, as a product of Land Grant educators in the Midwest and a former beat writer for such schools in Idaho, Oregon and Montana, I’ve endured my share of “warm up the tractor!” chants).

On Friday, MSU announced a successful two-year campaign to raise $18 million for Phase I of a facilities improvement revolving mostly around football but trickling over to other sports. The announcement was timed for Saturday’s homecoming game against Sacramento State.

Along the way, the Bobcats also have sent a message about athletics done right.

When Cruzado took over at MSU in 2010, the university was a comfortable place under comfortable leadership. Its sports programs were likewise comfortable, aside from a spate of horrific legal issues also revolving mostly around football.

Indeed, MSU’s version of Krakauer and "60 Minutes Sports" was a 2007 Sports Illustrated piece entitled “Trouble in Paradise” — a reminder for both Cat and Griz faithful to refrain from holier-than-thou finger-wagging.

Otherwise, Montana State was just sort of … there. That, despite esteemed programs in engineering and film, among others.

Meanwhile, Montana rode the jet-propelled momentum of a championship football program to a lofty brand university-wide.

Cruzado’s dynamic imprint on campus was immediate, and as she molded a regional juggernaut the looming question was when it would be athletics’ turn -- though there was the immediate $10 million End Zone project made possible by the success of former coach Rob Ash, who also cleaned up the football program and built a winner with character before the team's defense fell apart at the end of his tenure.

Front porch or not, athletics' major push essentially had been saved for last under Cruzado.

The answer to when athletics would get its turn came with the 2016 hiring of Leon Costello, an athletic director with an acumen for fundraising and marketing, and the subsequent announcement of the ambitious facilities project at homecoming in 2017.

“I don’t want to say it was our turn, but … it was our turn,” Costello said shortly before kickoff on a postcard-perfect afternoon. “It was athletics’ turn to get things done and really match what’s going on at the university.”

Costello points to his role in leadership within the overall campus structure as an example of athletics valued niche at MSU and why his belief that the department’s day would come “never really wavered.”

“I’m always at the table, always feel like our voice is being heard,” he added. “I work with deans and vice presidents. I always feel support there.”

As it turns out, academic and athletic momentum has been mutual.

The beauty of saving athletics for last is that MSU can’t be dinged for misplaced priorities. In addition, the $18 million has come from some 500 donations, gifts and in-kind contributions, and up to $3 million will be financed through athletic department revenues.

Not a taxpayer dime.

Call it an arm’s race if you will — UM just announced renovation of its men’s basketball facilities, and other Big Sky Conference schools enhancing as well — but when it is in lockstep with the university’s overall mission and growth it makes the focus on athletics more palatable for the cynics in academia.

Of course, when you’re the “front porch” the scrutiny is intense. A university’s reputation, fair or otherwise, can ride on its student-athletes.

“We have to keep our front porch clean and do our job,” Costello said.

Either way, an athletic department ultimately sinks or swims with the president.

On Saturday, Cruzado appeared on the Bobcat Stadium video board to thank fans for their project support. Three autographed footballs rested conspicuously on the office shelf behind her.

It’s clear she views athletics as a showcase for the overall university experience.

Given what she’s accomplished at MSU, and the order in which she did it, it’s hard to argue — at least until 19,000 start showing up to cheer engineering and film classes.

BOZEMAN — Montana State has succeeded in the largest athletics fundraising campaign in university history, raising $18 million for the Bobcat …