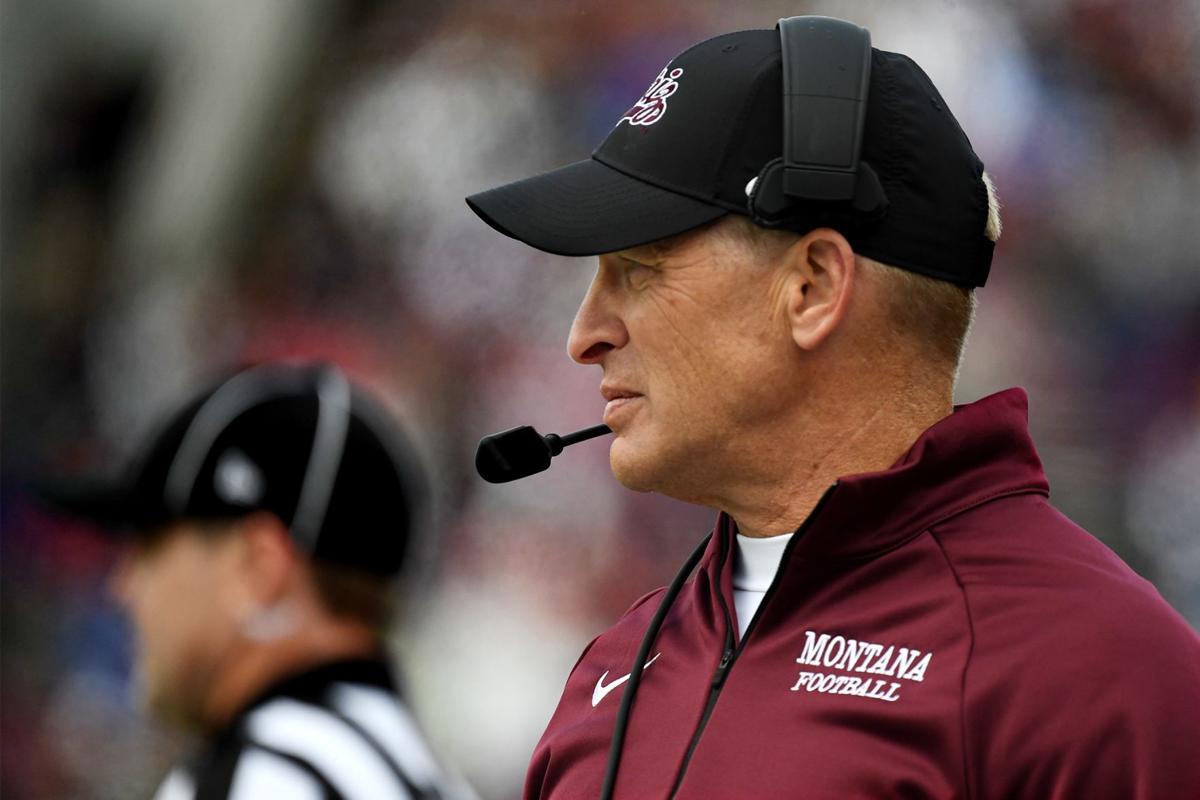 Did Montana coach Bobby Hauck really mean it when he said the Cat-Griz rivalry has gotten "out of hand"?

BOZEMAN — Once I got over the shock of Bobby Hauck’s recent observations about the evolution of the Cat-Griz rivalry, I … well, actually, it’s three days later and I still haven’t gotten over it.

I read them once. I read them twice. I re-read them before embarking on this column, just to ensure I hadn’t entered an alternate fake-news universe.

But there they were, in plain black and white.

“… the animosity and the bitterness around it is out of hand,” the Montana coach actually said of our Super Bowl, a.k.a. The Brawl of the Wild.

“It’s to the point where I don’t think it’s healthy. It certainly isn’t any fun.”

I subsequently looked westward, half expecting the sun to be rising over the Tobacco Roots.

Who was this man, I wondered, and what had he done with Bobby Hauck?

Where was the coach who gleefully drove his Griz teams straight through Bozeman to Livingston on game eves, taunting every business that wasn’t going to see a single copper cent from his convoy?

Where was the guy who wanted you to think he would sooner peel off his fingernails than give Montana State faithful the satisfaction of hearing him utter the school’s name or nickname or anything but the number of a Bobcat player?

For as long as I can remember, Hauck generally represented what makes rivalries great. He knew how to cajole his archrival but didn't come off as mean-spirited, no matter how much MSU fans seethed.

He didn’t have to. He set the bait and the easily riled boosters indignantly gobbled it up like Pavlov's Cats.

It was great theater and simply added spice to a rivalry that’s already jalapeno hot.

I always pictured him with a gleam in his eye and an impish grin — on the east side of the Divide they called it a smirk — when he referenced The Other Team.

Has there been some sensitivity training we don’t know about? Has he mellowed with age and experience, as some suggest?

Perhaps a three-game losing streak in the series has tempered some of the bravado. Or maybe it’s the extraordinary stakes — the winner rolls into the playoffs on a Rocky Mountain high, the loser enters the postseason feeling as if an otherwise expectation-exceeding season is in tatters.

Whatever. I want my rivalries with the edge he brought to ours.

I want Ohio State coach Woody Hayes insisting his car run on fumes across the state line rather than purchasing fuel in Michigan, even if it meant graduate assistants pushing the vehicle through a snowstorm.

I want Washington coach Don James musing “I’ve always felt being a Cougar prepares you well for life … you learn not to expect too much.”

I want Arizona fans burning “No on 200” into the grass at Sun Devil Stadium when Proposition 200 would elevate Arizona State College to a university.

I want the old Bobby Hauck back.

To be sure, I suspect Hauck’s observations aren't a reflection of any real change in the rivalry’s core traditional emotions — only that social media has intensified them and spotlights those who lurk on the fringes.

Go to our 406 Twitter or our 406 Facebook and Cat-Griz Insider pages and you’ll see a steady stream of cyber-bluster in the comments, with the nastier remarks from trolls you get the feeling are sub-adults posting from their parents’ basements.

“FTC!” is a repeated silly refrain. “FTG!” is another.

On his radio show Wednesday night, Hauck called them out (listen to the rest, Bobcat faithful, for some unexpected surprises).

It’s a tribal microcosm of our larger world.

Go to any Lee Montana social media platform and in the comments under any political story you'll find the cliche #MAGA herd and Never Trumpers sucking the life out of any constructive conversation.

No doubt, there’s a fine and gray line.

A twisted Alabama fan poisoning a cherished and historic grove of trees on Auburn’s campus subverts decency. Ditto for dropping a bloody mallard in a noose from the rafters at an Oregon State basketball game against Oregon.

Sure, Hauck could occasionally come off as a lout, but never in either of his tenures in Missoula have I thought him over the line.

Under Hauck, the Griz are back to having some claws again, which is why those kinder, gentler words were so disarming — especially after I learned he took his son Robby to Bozeman to fish.

Nonplussed, I dug a little deeper, hoping for clues that this press conference was a one-off aberration or another savvy attempt at destabilizing the bad guys.

I searched for Hauck making any reference to “Montana State” or “Bobcats” or “Bozeman.” I found only a passing nod to “No. 15,” the Bobcats’ gifted Troy Andersen.

MISSOULA — The Brawl of the Wild hasn’t been a fun rivalry in recent years for Montana, which has lost three consecutive games to Montana State.