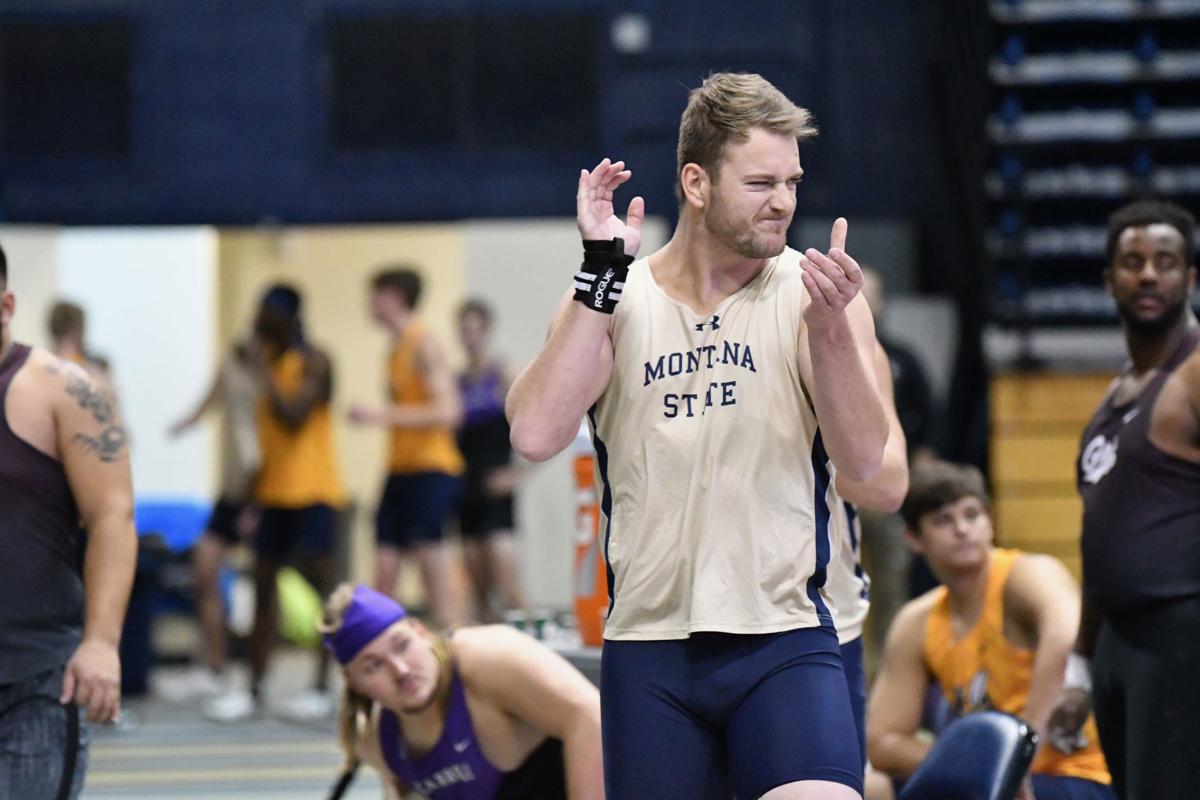 Alec Nehring, from Manhattan, is one of the top throwers at Montana State and in the Big Sky Conference this season. 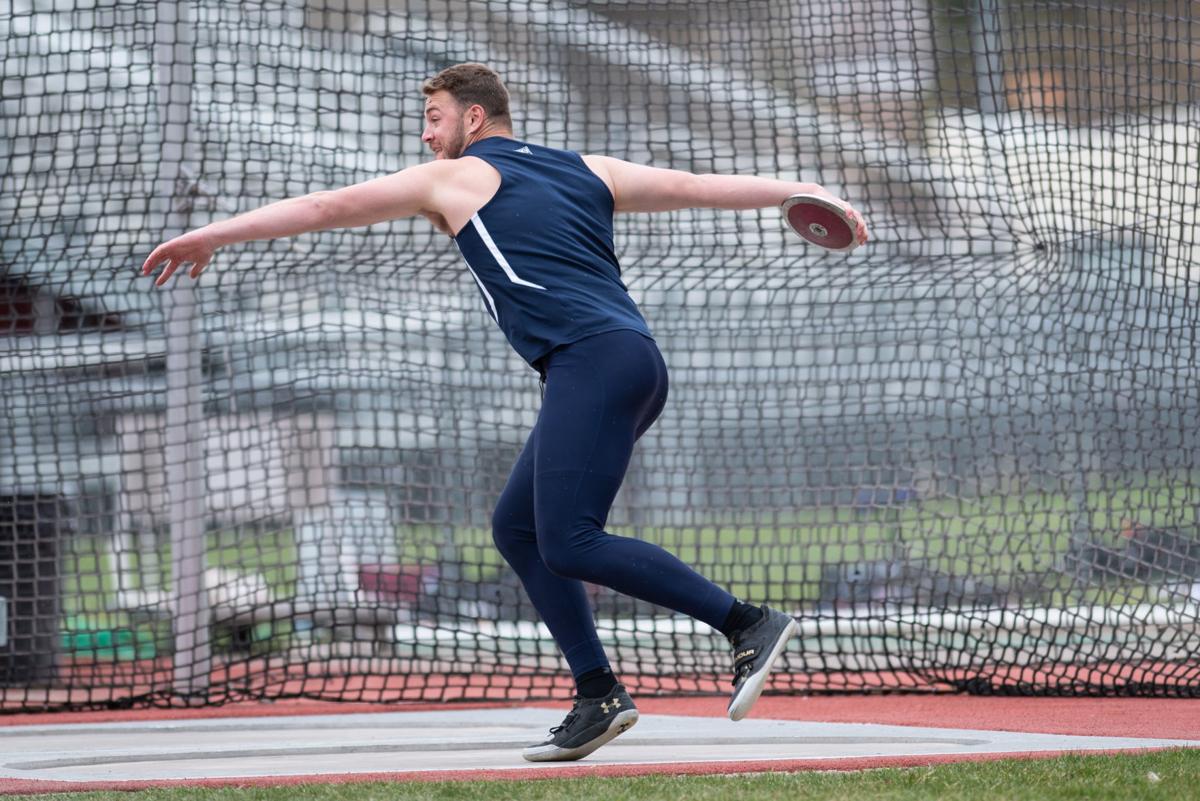 Manhattan's Alec Nehring, a thrower at Montana State, spins into a discus heave during a recent track and field meet. 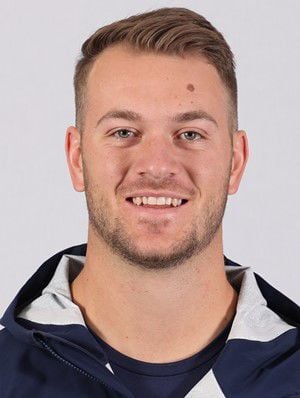 Alec Nehring, from Manhattan, is one of the top throwers at Montana State and in the Big Sky Conference this season.

Manhattan's Alec Nehring, a thrower at Montana State, spins into a discus heave during a recent track and field meet.

BOZEMAN — Alec Nehring was impatient. He didn’t feel right about how his team’s indoor season a year ago had ended. Montana State viewed the outdoor schedule as the time to prove its potential.

The season was canceled, though, because of COVID-19. Nehring was left without a clear path to follow.

He turned challenge and uncertainty into advantage and opportunity. The Manhattan native trained throughout the last year, willing to wait for his next chance to compete. The Bobcats senior thrower came back for another year and plans to use another year of eligibility to earn a master’s degree.

“That’s helped me grow as an athlete, as a student and as a person,” Nehring said of his training at the beginning of the pandemic. “I’m thankful for looking back and seeing the way that I’ve grown in that scenario.”

Nehring is now one of the top competitors in the conference heading into the Big Sky meet beginning Wednesday in Ogden, Utah.

Nehring is fourth in the conference with a shot put of 58 feet, 3 inches. That performance at MSU’s Tom Gage Invitational a week ago tied him for sixth in the Bobcats’ record book for the event.

He isn’t aiming for a specific distance at the conference meet. But he believes he still has further to go.

In his indoor season a year ago, Nehring was fifth at the Big Sky Championships with a mark of 57-6½ in the shot put. He was looking forward to the chance to perform at an even higher level.

But the 2020 outdoor season never happened. Nehring tried to stick to his training schedule as much as he could. He worked out, including weight lifting, three times a week in a home gym and practiced his events four times a week.

He felt tempted to take a break from his regimen. Motivation wasn’t easy to find when he didn’t know when he would be competing again. But he knew this lackadaisical mindset would lead to poor results.

“It was devastating at first,” he said, “but I just tried to stay with my training routine and focus on the next year, trying to grow from the experience in any way that I could.”

MSU director of track and field Lyle Weese said he has never had to worry about Nehring’s work ethic. The last year was proof of that.

Nehring, confident he’s capable of improving his marks, is seeking to become more consistent. This way he can expect to perform up to his potential at every meet, not simply hope to.

Weese added Nehring has brought a steadier mindset than he did in the past. Because of his high expectations, Nehring grappled with maintaining focus and bouncing back after a disappointing performance.

“Alec does well in everything he does,” Weese said. “With track and field, the line is so fine between first and second or reaching your goal or not reaching your goals, so I think track and field has really helped him from his perfectionist side of his personality, realizing that not everything is going to be perfect all the time and sometimes you just have to make the very best of a situation.”

Nehring has done that this season. He’s “extremely thankful” the Bobcats could compete this year. He knew some sort of competition would happen, but he didn’t know exactly what it would look like.

When he found out the Bobcats would be traveling, especially to warmer places like a meet at Sacramento State, he said it felt like “a weight was lifted off” their shoulders.

“I think everyone feels very fortunate that we’ve been able to compete as much as we have,” Nehring said, “and have the season that we have had.”

Nehring, who plans on teaching high school math, will be staying at MSU for another year. He completed his degree in the fall but is seeking a master’s degree. He didn’t initially plan this path, but he’s making the most of the extra year of eligibility granted by the NCAA because of the pandemic.

Nehring is grateful his career has unfolded the way it did.

“Alec is an incredible young man,” Weese said. “We’ve been fortunate to have him in our program.”

The Bobcats took advantage of a near-perfect senior day as the men’s and women’s squads wrapped up their final events ahead of the Big Sky Conference Outdoor Championships.