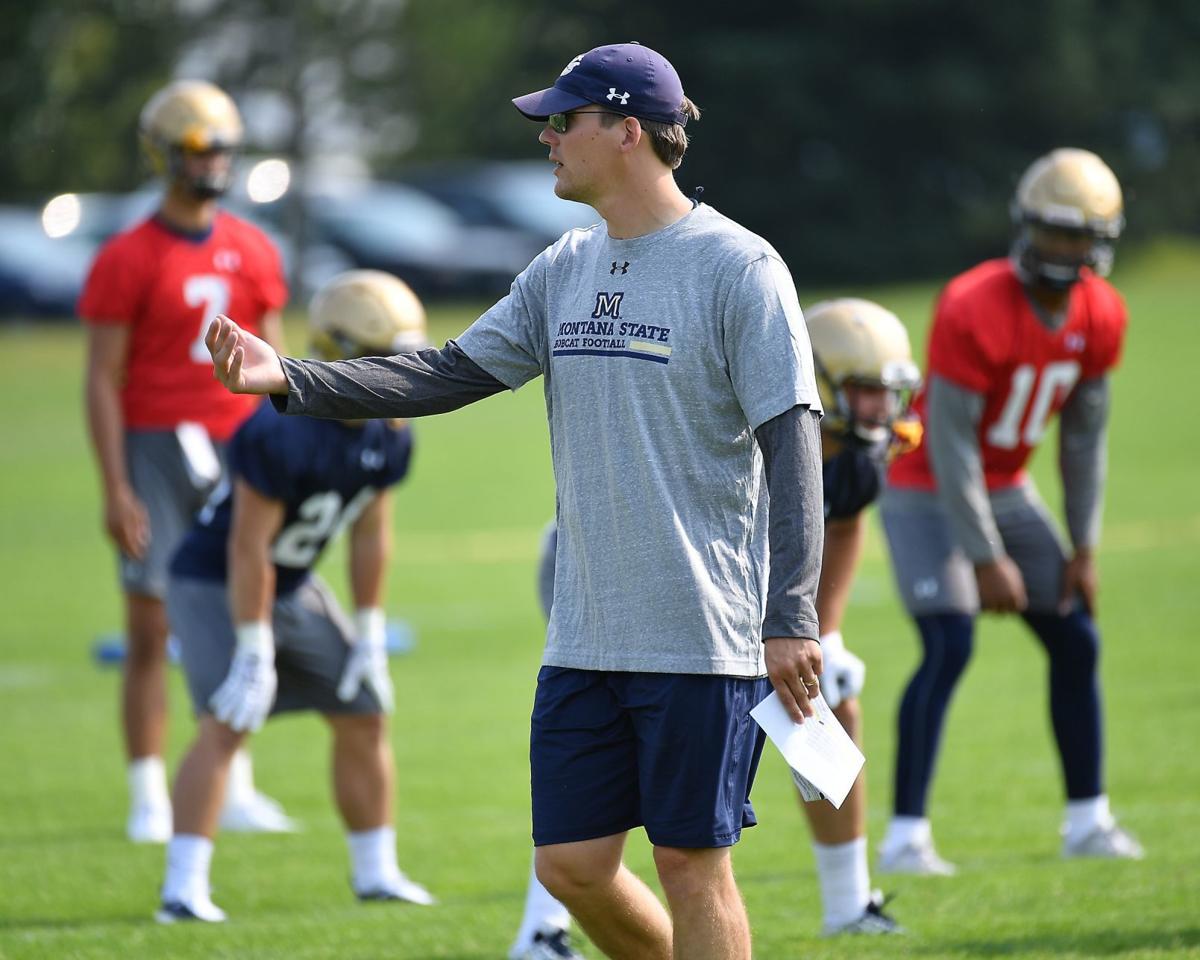 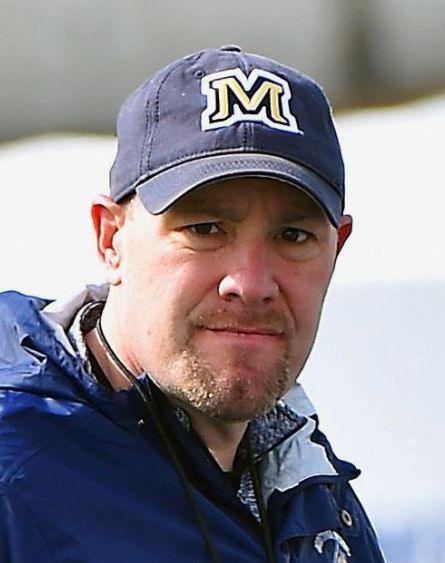 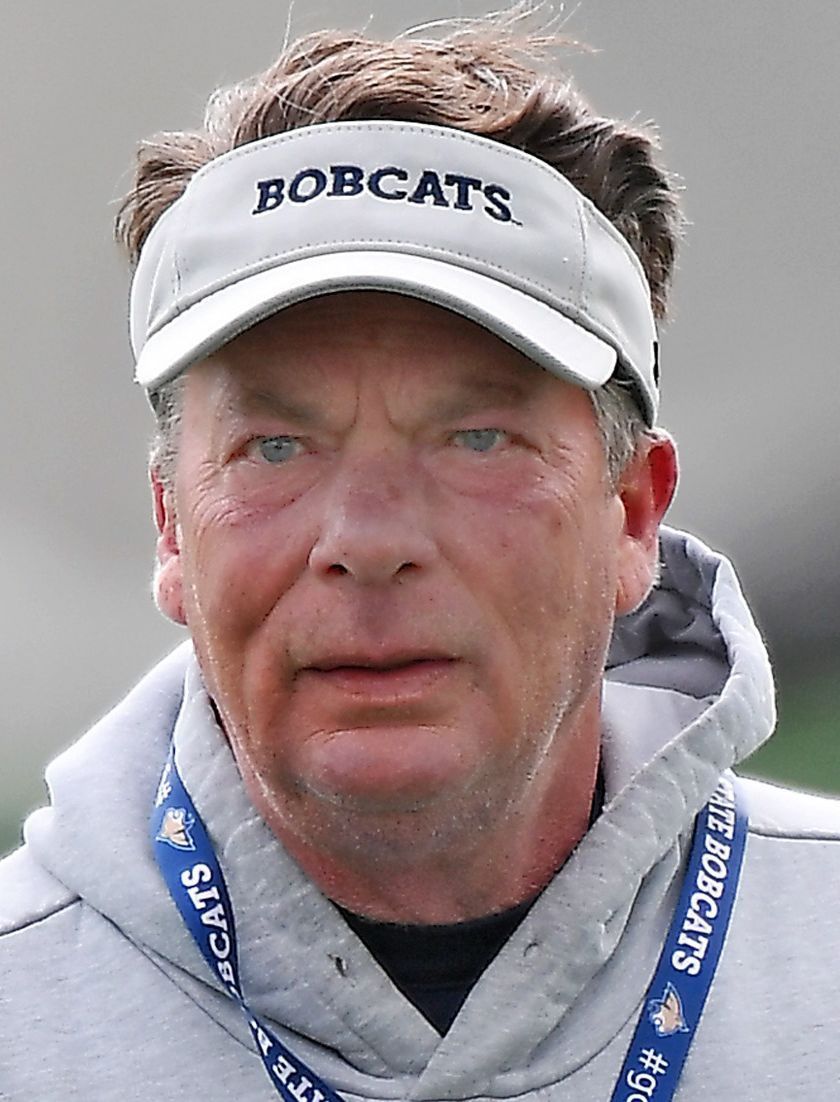 On Monday, Choate announced the promotion of wide receivers coach Matt Miller to acting offensive coordinator and primary play-caller in an effort to ignite a unit that ranks among the least potent in the Big Sky Conference.

The move comes on the heels of the Bobcats’ 34-24 loss to Weber State in which the offense produced just 221 yards and only seven first downs in 17 possessions, but Choate said it wasn’t an impulsive decision based on the result of one game.

A negative trend had been building, Choate said.

“It’s not something I came to overnight,” the third-year coach said. “Clearly we have not been as productive as we need to be. I even go back to the Idaho game, where we’ve got to be able to generate more offense in certain critical times. I think the Eastern Washington game, we had a big lull in the third quarter. I think we’ve become a little bit predictable.

Through seven games, Montana State ranks 12th in the 13-team Big Sky Conference in total offense with an average of 339.7 yards. Its passing game, with Troy Andersen at quarterback, ranks second-to-last in efficiency and has produced only five touchdowns versus seven interceptions.

Andersen’s primary strength is as a runner, and the Bobcats’ ground game ranks in the upper half of the league (186.3 ypg). But MSU is producing the second-fewest first downs in the conference (15.4 per game) and is converting less than 32 percent on third down.

In spite of the malaise, Choate indicated that Andersen will remain the quarterback. Backing him up are true freshmen Casey Bauman and Ruben Beltran, who have yet to take a snap. Tucker Rovig, who had some success early in the season after Andersen suffered a broken hand, is out for the season with a left foot/ankle injury.

“If I felt like making a change at quarterback was going to provide the spark that I felt like we needed, clearly that would have been the decision,” Choate said. “Our team believes in Troy, and a big part of that is because we know that he’s going to compete and he’s going to give us everything he’s got.”

“There have been some rough moments” for Andersen, Choate said, “but I think he’s stepped up to the challenge and been a great leader — been a great teammate, clearly — making a sacrifice to do this for this team. I believe and I know that our team believes he still gives us the best chance to win.”

Miller, 27, joined Montana State as receivers coach when Choate was hired to replace Rob Ash in December 2015. He took over the job of recruiting coordinator last spring.

Miller was a standout receiver at Helena Capital and went on to star at Boise State. He signed a free-agent contract with the Denver Broncos after college but a foot injury derailed his professional career.

Choate said Miller “is a rising star” in the coaching business, and that he has the temperament to produce better results. Choate indicated that the team was initially surprised by the decision when it was announced to them on Sunday, but that the players hold Miller in high regard.

“Extremely bright and extremely hard-working, relates very well to the players, is demanding but has their respect,” Choate said. “They know that he played the game at the highest level, and I think he’s prepared to take this step and will do a fine job.”

“These kinds of decisions are always difficult, but I just felt like there was lack of progress on that side of the ball — regardless of our circumstances there,” Choate said. “It needs to be better than it is, and I really believe that Matt’s a guy that can bring new energy and a new perspective to that group, and I’m excited to see what he can do for us moving forward.”

Cole was hired in the offseason as a means to simplify and fortify the passing game. When incumbent starting quarterback Chris Murray was ruled academically ineligible in the spring, the Bobcats eventually turned to Andersen, who hadn’t played quarterback in college.

Choate said Cole and Armstrong had a dual role in terms of offensive input despite the difference in coaching titles. The mix didn’t produce ideal results.

Choate said Cole is an “experienced guy. Good guy. It’s not a personal thing (with) Bob, I just think we kind of reached that point where saying the same things and getting the same result wasn’t going to breed confidence in our offense.

“This isn’t about one individual. We all bear responsibility, starting with me. If one of our coaches fails to help us succeed, it’s really me failing. I take that very personally.

“Certainly want to wish Bob all the best. I know he worked hard here and he fit in with our staff. It’s not about an individual decision about a person, it’s about what’s best for us collectively as a group.”

Choate said business as usual on offense wasn't going to cut it.

“I think some of it’s going to be confidence. In essence, that’s what this decision came down to. Do I believe, and do our players believe, that us continuing on the course we’re on is going to allow us to make progress, to make strides? Are we consistently improving?

"Our high-water mark, so to speak, was the Portland State game (a 43-23 win on Sept. 22) and really I haven’t seen our offense progress. And I know we’ve played some good opponents, but I’m not into making excuses. It’s either good enough or it isn’t.