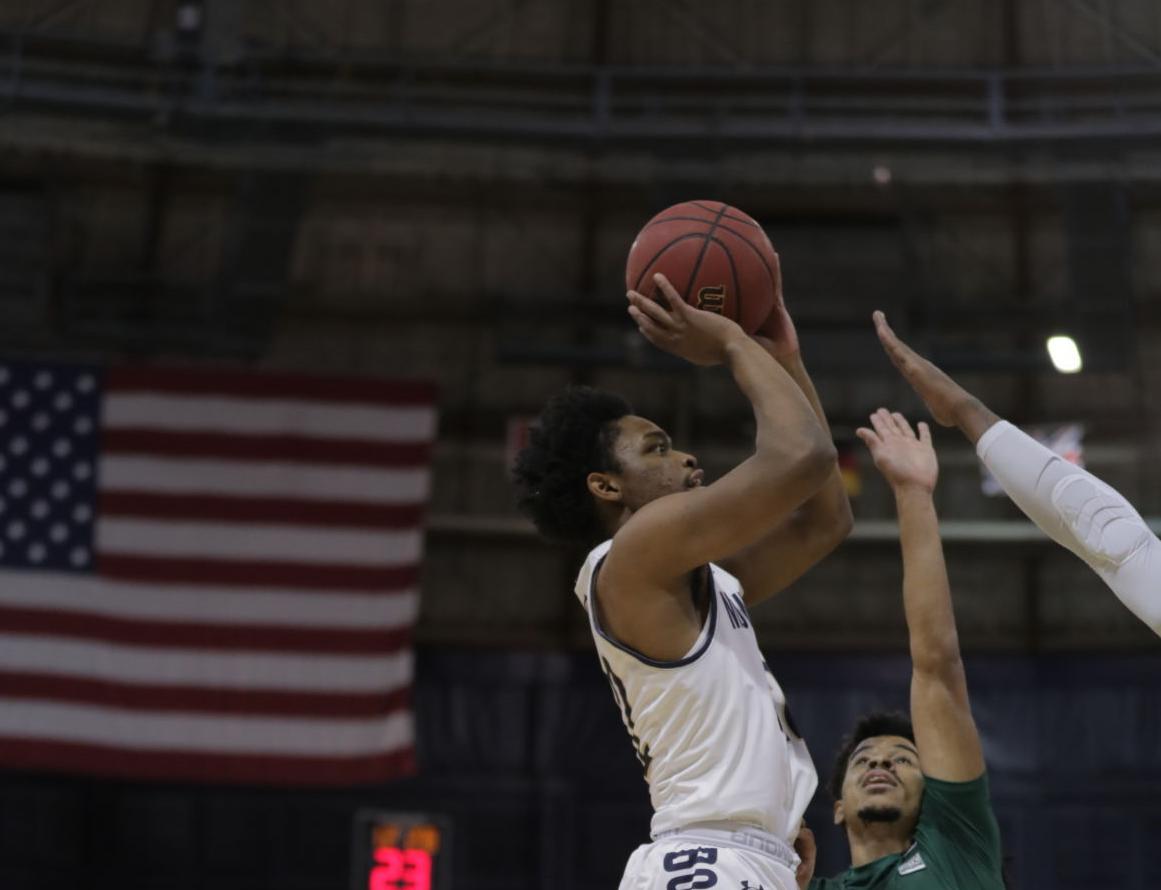 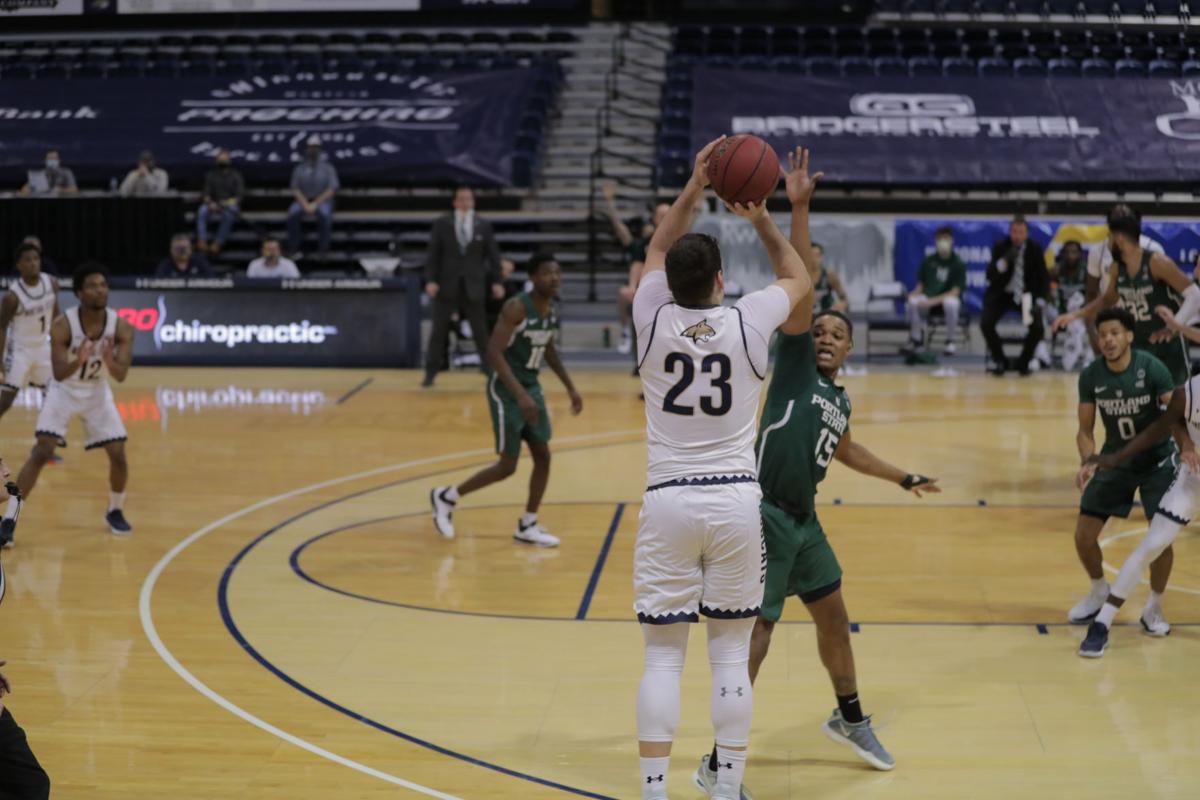 BOZEMAN — Throughout the week, Jubrile Belo scouted Portland State. He anticipated how the Vikings would defend him. When a trap came near the basket, he knew a teammate would be open on the wing.

That’s where Mike Hood stood with three minutes left. Hood had been pivotal all game after coming off the bench. This time, he was clutch, too.

His 3-pointer swished through the net and put Montana State up by seven points. Abdul Mohamed then grabbed a defensive rebound, drew a foul and knocked down two free throws. All of a sudden, the Bobcats’ eight straight points turned a one-point game into a nine-point game.

MSU hung on to beat PSU 71-64 on Thursday at Worthington Arena.

“(Belo) is one of the best bigs out here so when he gets the ball, it’s a lot of double teams,” said Hood, who scored a team-high 19 points. “So I just got to find the open space and knock the shot down.”

The Bobcats (6-3, 3-0 Big Sky) are now on a four-game win streak with three consecutive wins coming by closing out the game strong in the final, decisive moments. Though MSU allowed 17 second-chance points, the Bobcats won the rebounding battle 40-38. Especially late in the game, MSU was consistently corralling loose balls.

Hood’s spark off the bench was also a key factor. He only played 11 combined minutes in the Bobcats’ previous two games. But in his first year since transferring from College of Southern Idaho, he’s kept learning to adjust to Division I.

Not only was he key throughout the game, but he also came through when the game was on the line.

“Mike was tremendous tonight,” MSU head coach Danny Sprinkle said. “His energy, from the second he checked into the game, I thought he was the difference.”

“Mike was incredible, man,” Belo said. “He really stepped up for us. That’s the thing about this team. It could be anyone’s night.”

Earlier in the season, Sprinkle said he’ll need contributions from everyone on the roster. He might not know who will step up when, but he predicted the time would come.

In practice, Hood has impressed the rest of the team by taking over at times. His effective ball-handling was especially important Thursday against Portland State’s full-court press. During warmups Thursday, Hood felt this could be his breakthrough.

While he scored 21 points against Yellowstone Christian, Hood finally stood out in a Division I game.

To close the first half, Montana State went on a 12-2 run. Hood’s 3-pointer capped the spurt. When the ball fell through the net, his teammates stood up off their seats. As PSU dribbled the ball back down the court, Xavier Bishop and Abdul Mohamed clapped to urge on MSU’s defense.

The Bobcats stacked stop after stop to build an eight-point halftime lead. And the way they finished the first half was a precursor to the second.

Early in the frame, Hood knocked down another 3-pointer — part of his 7-of-13 night from the field — and held up three fingers in the air. With nine minutes remaining, Hood sliced through PSU’s defense, fell to the hardwood and still converted the acrobatic lefty layup.

Still, though, neither team separated much.

“We just have to be the more solid, smarter team,” Hood said of the key late in the game. “Don’t turn the ball over, rebound and we’ll get the win when we do stuff like that.”

In the second half, Sprinkle felt like the Vikings made every shot they took, except ones Belo blocked. The 6-foot-9 junior center finished with four blocks, all in the final 20 minutes. That set up players like Hood on the offensive end.

Hood put the Bobcats in position to win. They knew to seal it, they needed to box out. And they did just that.

“I think it says a lot about our heart and our togetherness,” Hood said.

Montana State is defining roles as the season progresses, adjusting to the Big Sky's new format and preparing for Portland State.