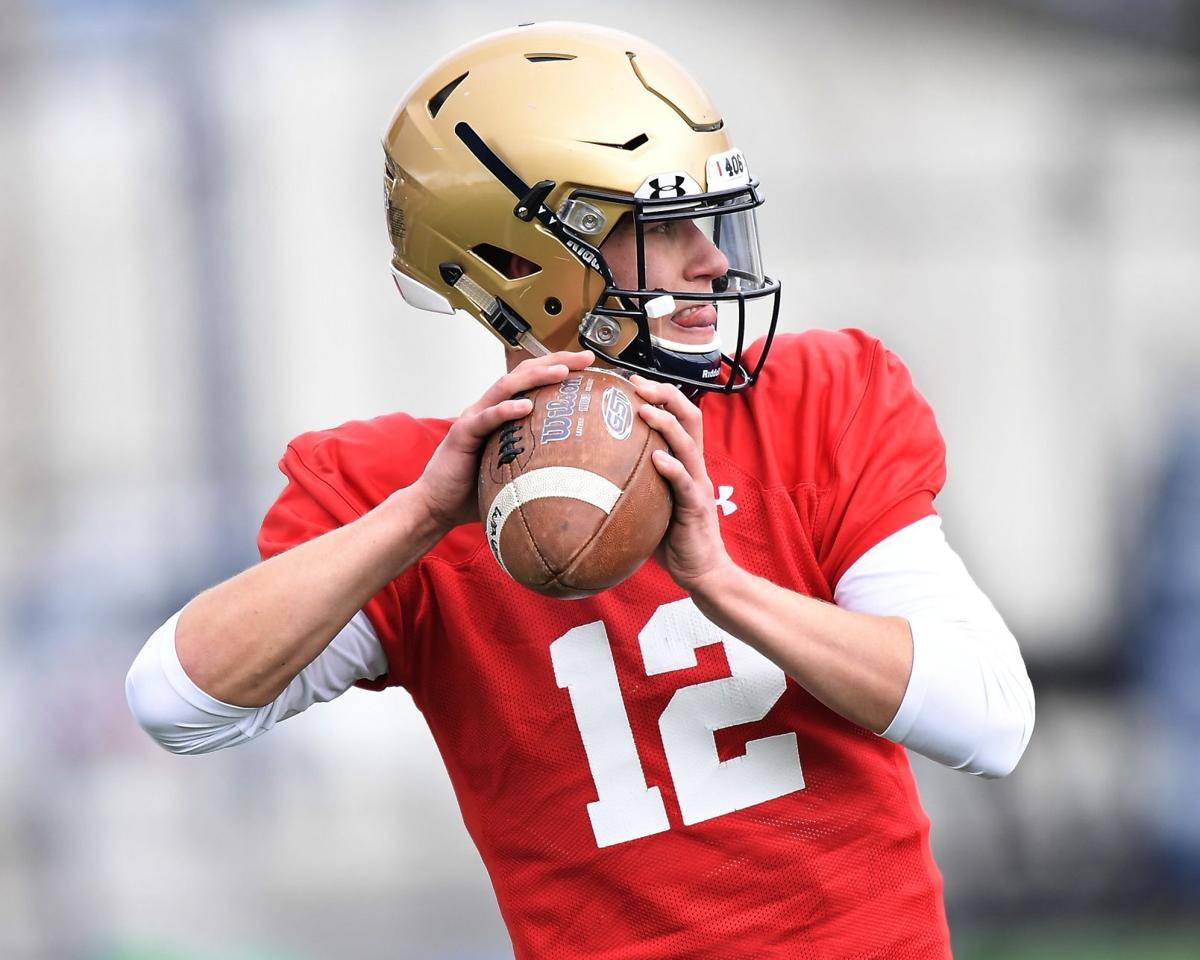 Tucker Rovig, who threw for 15 touchdowns in 2019, is a returner at quarterback for Montana State. 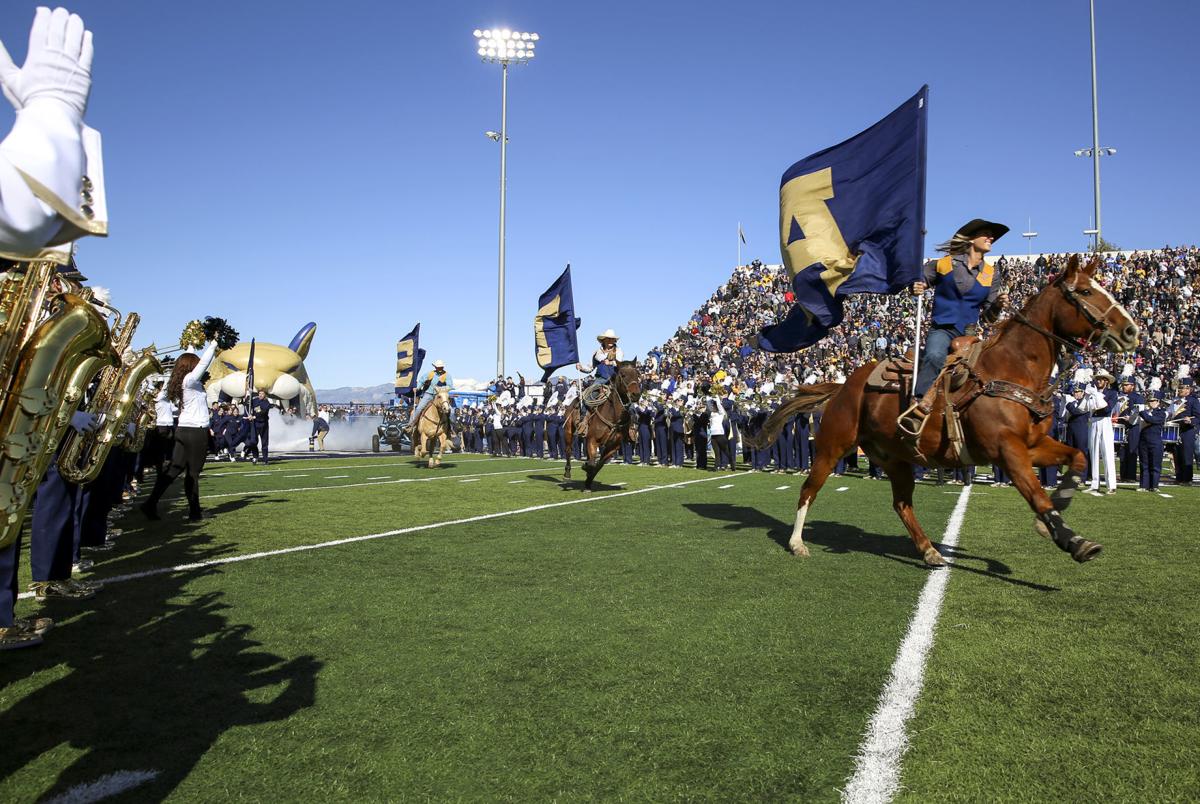 Montana State's rodeo team leads the Bobcats onto the field for a football game against Sacramento State in 2019 at Bobcat Stadium in Bozeman. 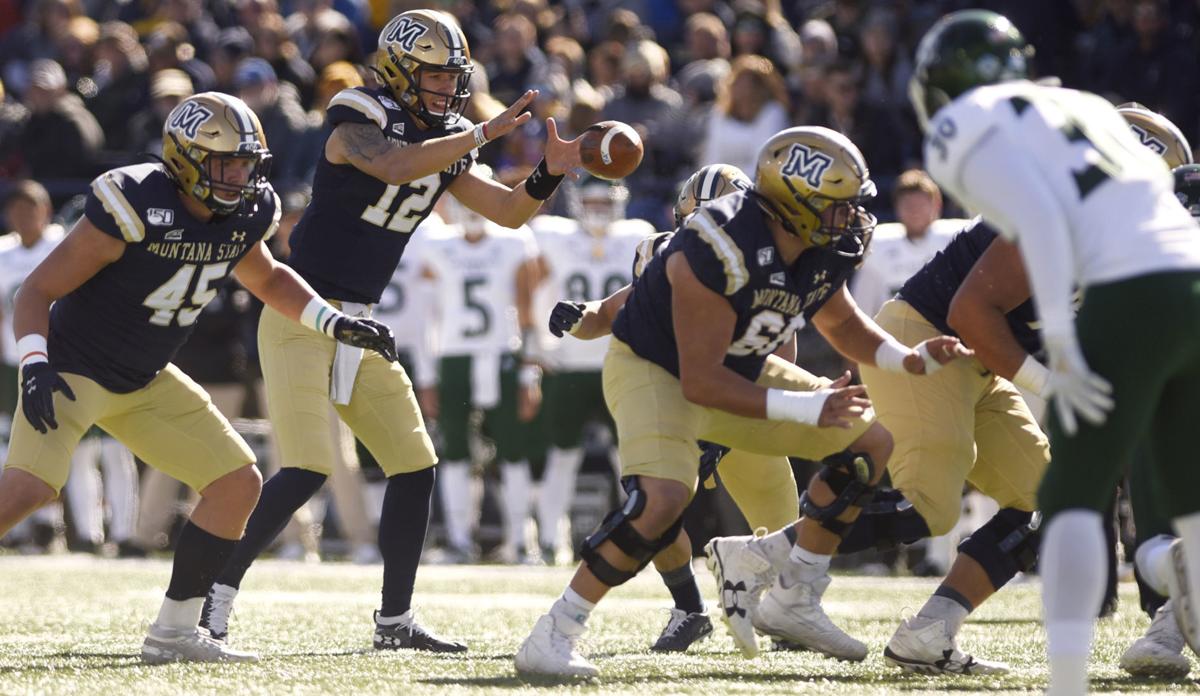 Montana State quarterback Tucker Rovig takes a snap against Sacramento State during a 2019 game at Bobcat Stadium in Bozeman.

Tucker Rovig, who threw for 15 touchdowns in 2019, is a returner at quarterback for Montana State.

Montana State's rodeo team leads the Bobcats onto the field for a football game against Sacramento State in 2019 at Bobcat Stadium in Bozeman.

Montana State quarterback Tucker Rovig takes a snap against Sacramento State during a 2019 game at Bobcat Stadium in Bozeman.

BOZEMAN — So little has been consistent for Montana State in the past year. The Bobcats haven’t played since December 2019 when they made the FCS semifinals. They’ve faced disruptions and cancellations during the coronavirus pandemic. They have a new head coach.

But since Brent Vigen was hired to lead MSU, players could realistically look forward to March 23 as the beginning of their spring practices. They could rely on a sign of hope for games in the upcoming future.

The Bobcats, who decided to not play a conference spring schedule after the Big Sky postponed its fall season, began normal spring drills Tuesday. With a new head coach and coordinators, Vigen said this time will provide a critical window for the Bobcats to prepare for the fall of 2021.

“(Football has) been taken away for quite some time now,” Vigen said, “so I think they’re excited to get out there to show each other and the coaches what they’re capable of.”

The majority of FCS teams have been competing this spring. Vigen said the Bobcats must try to replicate a competitive atmosphere to make up for lost time.

That way, the MSU coaches can glean who will rise to the top of the depth chart.

MSU is planning 12 practices with full pads, a couple scrimmages and the Sonny Holland Spring Classic on April 24. Vigen said these sessions will include individual skill development and some 11-on-11 drills.

The head coach added the last few weeks, since he was hired in early February, have been spent to ensure these practices run smoothly.

“We want to learn who can truly turn it on when the lights are on, and that’s easier said than done,” Vigen said. “I think Montana State is in a good place for going through spring ball and not playing this spring and setting ourselves up with what we want to happen in the fall.”

Vigen’s family hasn’t even moved to Bozeman yet. He said the closing date for his house is March 31.

Vigen, a first-time head coach, has had little time to adjust to his new circumstances. He was an offensive coordinator at Wyoming and North Dakota State for 12 years and a position coach before that. He’s been constantly learning about MSU’s program and the people involved with it.

“Navigating my way around the practice field will probably be the biggest adjustment to this point,” Vigen said, “and really trying to support our staff, both sides of the ball. Supporting our players is what my role is going to be all about on the practice field.”

Vigen said he watched Wyoming head coach and previous NDSU HC Craig Bohl focus on the whole team, comparing it to being a CEO. He wants to follow the same formula.

Meanwhile, the Bobcats have been studying MSU’s adapted schemes. While he’s watched film from the team’s previous few seasons, Vigen refuses to put much weight into that.

He wants to see for himself what players are capable of.

“The biggest thing is how receptive, how resilient, how ready for this they are,” Vigen said. “Anytime you go through as much change as a group like this has, I think there’s reason to think it wouldn’t have gone as smooth as it has. I think we have a really intelligent team.”

Vigen has been surprised by how quickly his players have picked up on their altered environment. Without much time on the gridiron, he believes the Bobcats have already shown progress for a team with high expectations.

“Now it’s just a matter of taking it to the practice field,” Vigen said, “and that’s the next step and learning where we’re at as a team.”

Brent Vigen has brought in three new coaches and is retaining seven others from Jeff Choate's staff.