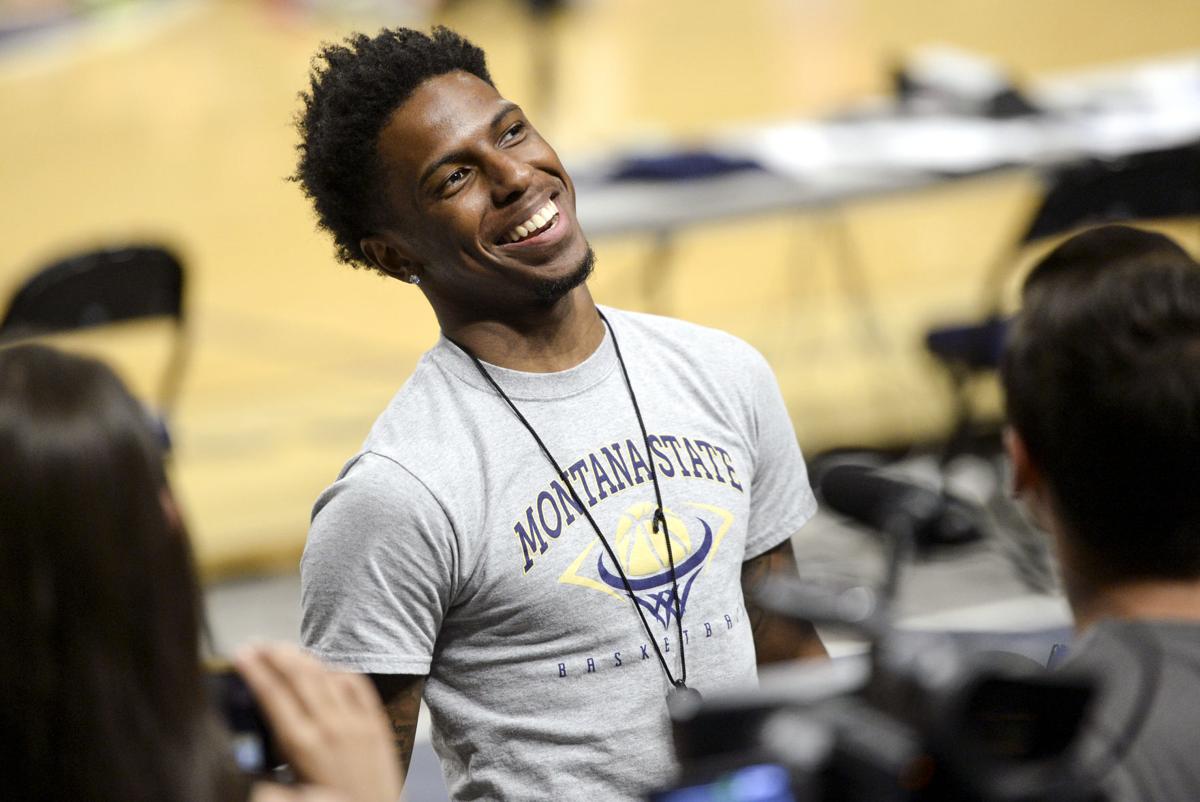 Montana State guard Xavier Bishop answers questions from the media during a break at a youth basketball camp on June 16 at Worthington Arena in Bozeman. 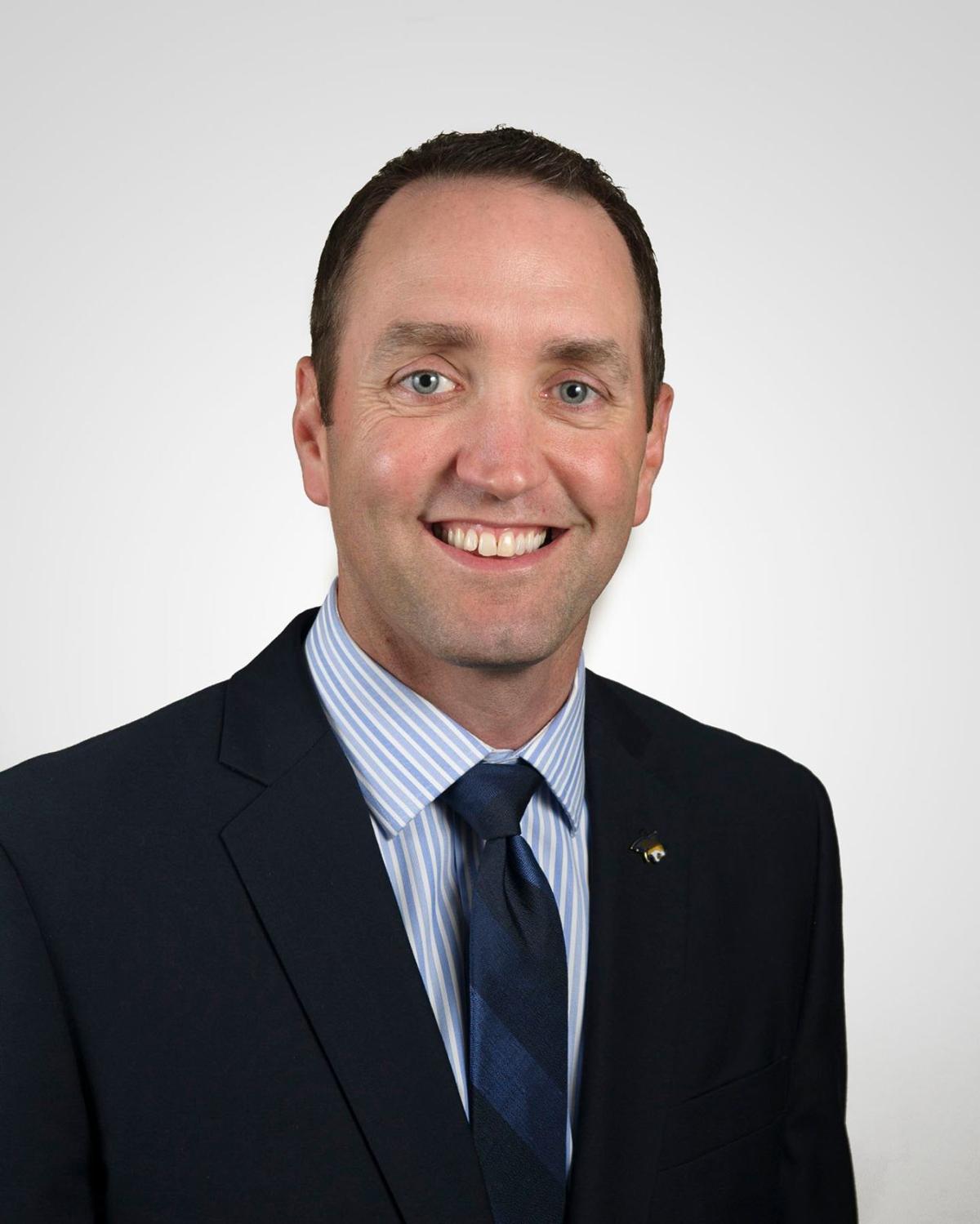 BOZEMAN — The Big Sky Conference announced a new media rights deal with ESPN+ earlier this month, a move that has received glowing reviews across the Montana State campus already.

The partnership vastly increases the league’s visibility across the country, which will pay dividends for its member institutions, said MSU athletic director Leon Costello.

“I think the reaction from our coaches, our staff and our student-athletes has been wonderful,” he said. “I think they all understand the power those four letters brings, and being associated with that is definitely a positive move for all of our programs. I think from a conference perspective, it’s definitely a positive to be associated with that brand.”

The deal with ESPN replaces the partnership with Pluto TV, which previously aired the league’s contests for free. ESPN+ will require a subscription. Costello said the Big Sky has one year remaining with ROOT Sports for the airing of various sporting events.

Costello, who sits on the Big Sky’s media and technology committee, said MSU and other league members can retain some local rights to their contests, which was a critical selling point.

He said the Big Sky owns the rights to all conference matchups and arranges with media outlets — like ROOT, ESPN or Pluto TV — to broadcast those games. MSU owns the broadcast rights to its nonconference games and partners with the collegiate sports marketing company Learfield IMG College to sell those rights to local media outlets, which most recently has been SWX.

Costello explained that whichever conference games ESPN+ does not choose to broadcast itself are then available to be sold to local outlets. That being said, those games are still available through that platform.

“Part of this relationship is working with ESPN+ to share that feed with ESPN+ so it’s on an over-the-air station here locally, but if you’re out of market you’ll still be able to watch us on ESPN+,” Costello said. “So it’s really the best of both worlds.”

ESPN+ broadcasts are not available internationally yet. Still, the opportunity to be seen nationwide through an easily accessible platform has sparked some excitement.

“It’ll allow even more people to have access and watch our games,” said MSU men’s basketball player Xavier Bishop. “It’s a great opportunity that allows us to get more coverage.”

“When they’re looking at giving a one-bid league an opportunity to get a better seed, they’ve got to be able to have some familiarity with us,” she said.

Bishop also noted how impactful it will be for teammates’ families to watch their games if they can’t make it in person. That point was echoed by Binford and MSU men’s basketball head coach Danny Sprinkle, who also saw the potential benefits the partnership could have on recruiting.

“I want to make it really clear how thankful we were to have Pluto TV,” Binford said. “First of all Pluto was free, and people still had access to see every game. That in itself was a great step. ESPN+ is just the next step. (Pluto TV) was a great option for us to tell parents where exactly they would go. This just expands it a little bit more because there’s more familiarity with how to get to ESPN+. I think it’s just going to reach further.”

Sprinkle added: “Everybody’s got it on their phone. You can watch it on TV. Now it’s going to be across the entire country. Pluto was great, but not everybody is watching Pluto either. Everybody knows ESPN and that brand.”

Fans will be able to access Big Sky Conference games on ESPN+ and the ESPN app.