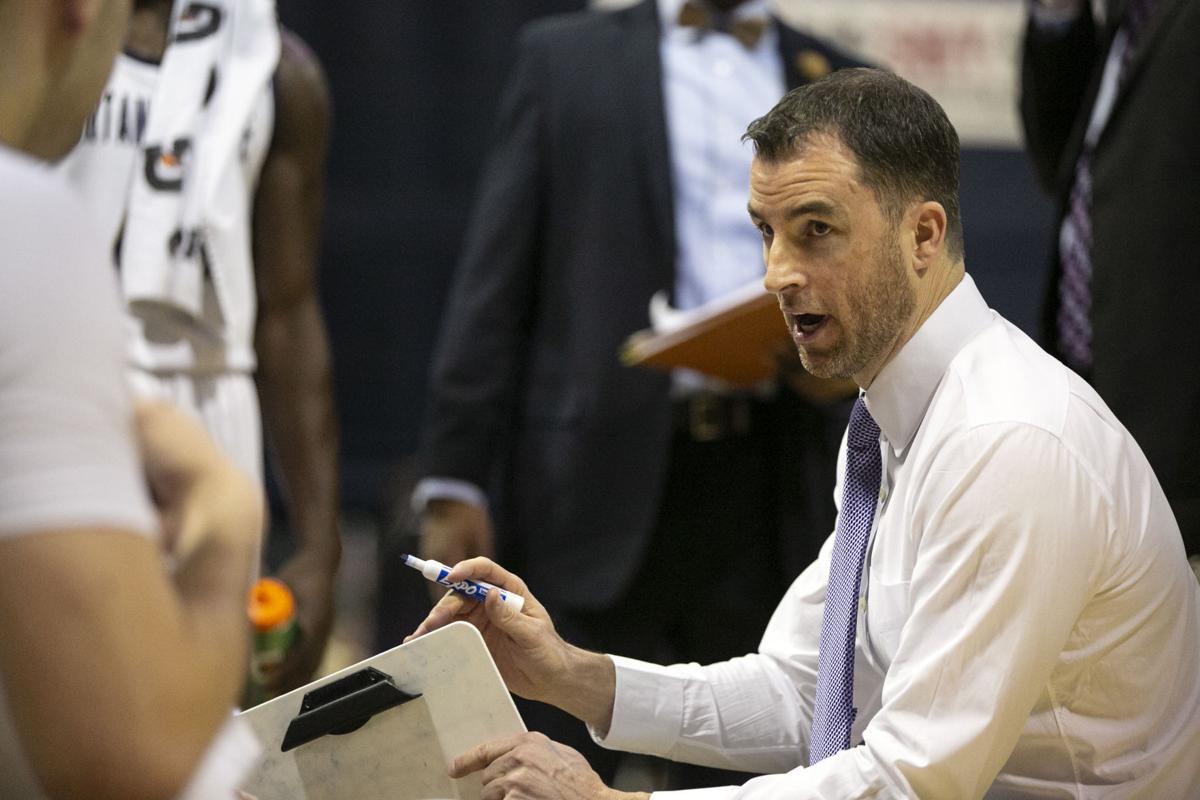 Montana State coach Danny Sprinkle talks to his team during a timeout against Sacramento State on Dec. 28, 2019, at Worthington Arena. 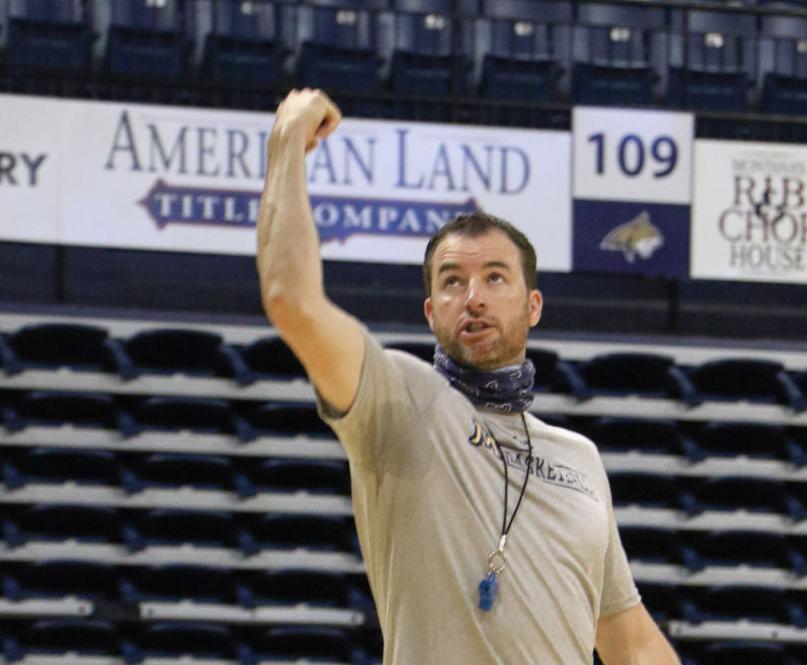 Montana State coach Danny Sprinkle talks to his team during a timeout against Sacramento State on Dec. 28, 2019, at Worthington Arena.

BOZEMAN — When the NCAA announced Wednesday that winter sport athletes will be granted an extra year of eligibility, seniors gained the chance to return in 2021-22.

But whether schools can afford the extra scholarships is a different matter.

Because of uncertainty surrounding the season, the NCAA essentially won’t count the 2020-21 season for eligibility. So a sophomore this year, for example, could return as a sophomore next year.

Since programs count on a certain number of scholarships each season, coming up with the money to afford extra ones could be a challenge. Montana State men’s basketball head coach Danny Sprinkle made this point in a virtual press conference Thursday.

Sprinkle said the NCAA’s decision — which aligns with what it did for spring and fall athletes since the coronavirus pandemic began — is “great” and “fair” for players. But it doesn’t guarantee everyone will have a spot next season since schools can sort out on their own who has a spot to return to.

Though he couldn’t speak directly to MSU’s situation because he hasn’t discussed it with administrators, Sprinkle used the Bobcats as an example.

The coach also pointed out how schools are cutting budgets because of lost games and lost ticket sales. Some athletes may decide not to use the extra year simply because they want to start their post-college careers.

Division I men’s basketball programs are typically allowed 13 scholarship players a year. That number could increase next season to however many seniors a program wants to bring back.

The Bobcats’ four seniors are Devin Kirby, Amin Adamu, Xavier Bishop and Abdul Mohamed. MSU also has three verbal commitments in its 2021 recruiting class who are in line to be freshmen next season.

Kirby is in his fifth year at MSU since he previously redshirted. Adamu transferred to the Bobcats thinking he’d have two years of eligibility and now he could have three.

Bishop and Mohamed both transferred to Montana State with only one season of eligibility remaining. Though it’s unknown if they’ll stick around for 2021-22, the NCAA opened up the possibility for that to happen.

“The kids that are seniors right now (across the country), they all think they can just come back to college and get another year, which I don't think is the case,” Sprinkle said. “A lot of schools aren't going to be able to afford to bring everybody back.”

Prep for an unusual season

Montana State began official preseason practices Wednesday and took another step toward a season that will be unusual.

Sprinkle said he’s already coming up with ideas for how the team may handle quarantine situations if the pandemic hits the Bobcats. So far, he said, no players in the program have contracted COVID-19.

“We're probably all going to get it at some point. It is what it is,” Sprinkle said. “That's why we got to cherish each day and make the most of every practice because you never know when you're going to be sitting on your butt for 10 days, 14 days, whatever the quarantine is.”

To lessen the effect of potential quarantines, Sprinkle said the Bobcats have limited contact periods and occasionally split their 15 players into groups of five. That way, if one person tests positive for the virus, only five players may need to miss time rather than all 15.

Sprinkle said it’s been “mentally taxing” going through constant protocols, like having balls wiped down before and after practice, having players wash their hands during every water break and preparing for anything to change at any moment.

After wearing face masks during practice throughout the summer, Sprinkle said players have been allowed to practice without them more recently. But he said wearing a mask, outside of practice, is one of the most important precautions the team is taking.

Wednesday’s practice was the team’s longest of the offseason to that point, and Sprinkle wanted to make sure players raised their intensity.

“I wanted them to know there's a difference between the first official day of practice and what we had been doing,” Sprinkle said. “I think we got our message across."

Sprinkle also complimented the Bobcats’ seven newcomers who joined the team this offseason.

Mohamed, a 6-foot-7 graduate transfer from North Texas, has rotated between positions and shown the ability to fit in at either forward or guard.

Mike Hood, a guard from College of Southern Idaho, is working on other parts of his game, but Sprinkle said his best skill is scoring.

“They've all had their moments, they really have,” Sprinkle said. “I really like the talent. I like their character and what they're about. They're workers.”