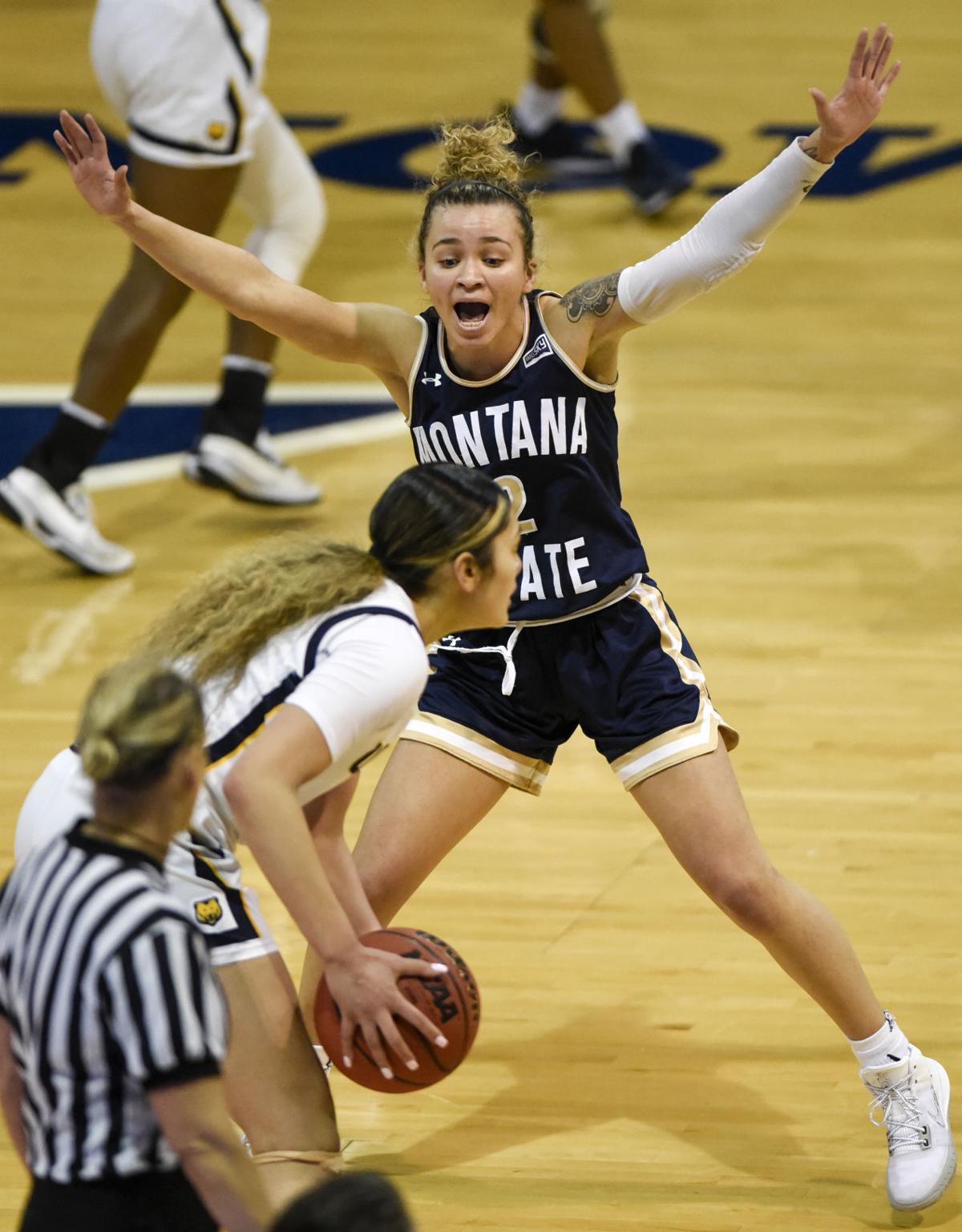 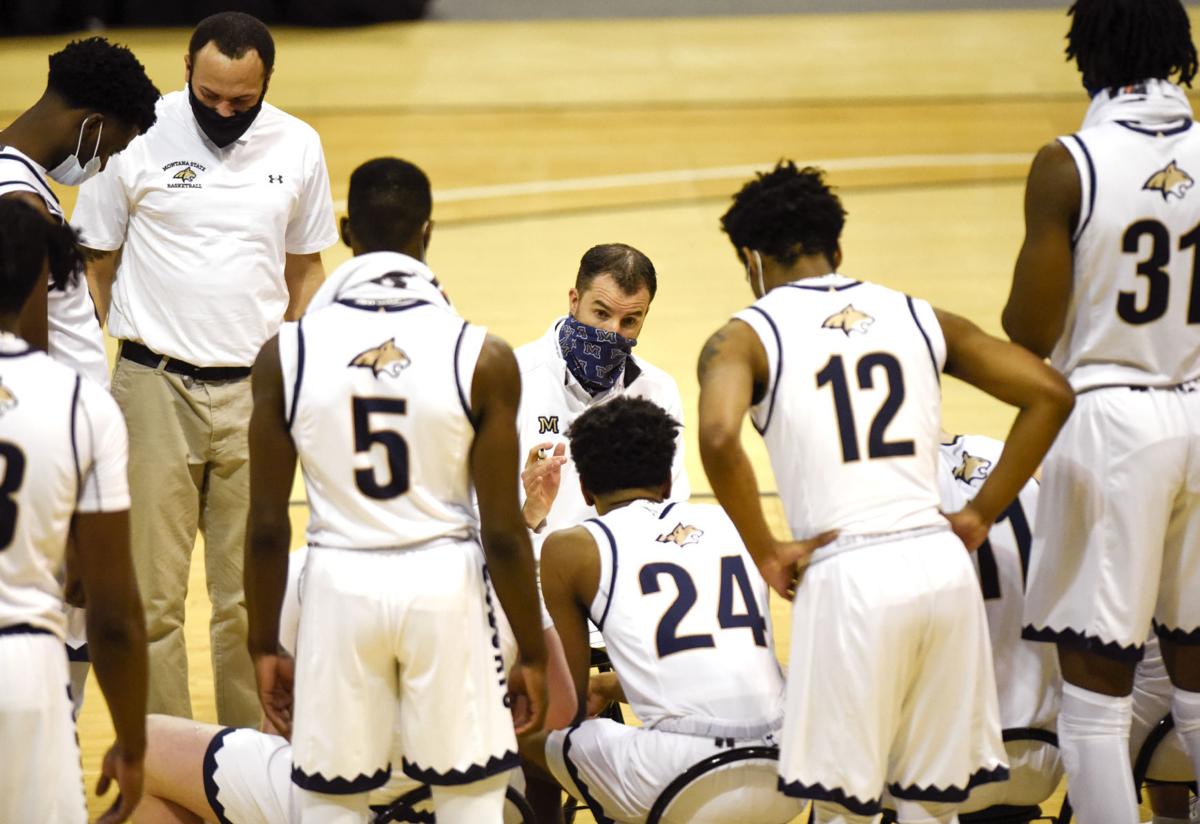 Montana State head coach Danny Sprinkle (center) talks to his team during a timeout against Montana Western on Jan. 1 at Worthington Arena.

Montana State head coach Danny Sprinkle (center) talks to his team during a timeout against Montana Western on Jan. 1 at Worthington Arena.

BOZEMAN — The Montana State basketball teams did not participate in any postseason tournaments, but they had options.

After falling short of the Big Sky championship and the automatic berth into the NCAA Tournament, both programs turned down invitations to less prestigious tournaments for a host of reasons.

MSU athletic director Leon Costello said he spoke with both women’s head coach Tricia Binford and men’s head coach Danny Sprinkle about the opportunities. They collectively saw value in giving the players a chance to return to campus, finish the semester strong academically and focus on their mental health after emotionally and physically taxing seasons.

There also is usually a significant entrance fee into postseason tournaments that are not the NCAA Tournament, NIT or WNIT, making them less attractive. Tournaments that aren't top-tier also don’t carry as much cachet with recruits, so paying to play in them might yield few benefits after the fact.

“No, not this year,” Sprinkle said about the opportunity to continue playing. “Just COVID, all the stuff you’ve got to do, you’ve got to pay a lot of money to play in some of those tournaments. It just wasn’t the right time this year.”

Sprinkle did confirm last week, though, that his team did earn an invitation.

Sprinkle said he didn’t remember which tournament offered his team a spot — the CollegeInsider.com Postseason Tournament or the College Basketball Invitational. Because the CIT announced in February it would not hold a tournament this year because of the COVID-19 pandemic, it’s likely MSU (13-10) was invited to the CBI, which traditionally carries a $50,000 entry fee.

“There was one that was offered, but I didn’t really respond to it,” Sprinkle said. “With the money we would have had to pay, I knew it was unrealistic.”

The Bobcats made a run to the Big Sky championship game, where they lost by 10 points to Eastern Washington.

“It’s taking me a while to get over it,” Sprinkle said. “I don’t like getting that close. It’s hard when you get that close and not get it done.”

Binford said the women’s team (17-7) had signed a contract in the final month of the season to play in the WNIT if it ended up qualifying for an invitation. Binford expects the team’s last loss, against Idaho in the Big Sky tournament semifinals, likely knocked the Bobcats down in the NET rankings and out of contention for the WNIT.

That tournament usually takes 64 teams. It took only 32 this year, which was also probably preventative to an MSU appearance.

After returning from the Big Sky tournament, the Bobcats held a few days of practice in case the WNIT invitation materialized.

The Bobcats were offered a spot in the Women’s Basketball Invitational instead, but they turned that down.

“I think the collective feeling was we fell short of what we know we were capable of doing,” Binford said. “We seriously felt like we could beat anybody in the conference, and we were definitely disappointed in how we finished our last game.”

Without a WNIT offer, Binford said no other postseason tournament was appealing. But she added the process of weighing the option could be a learning lesson for her team.

Binford said if her team, and the Big Sky more generally, wants more respect from tournament organizers, it has to have more high-quality wins outside of the conference.

“We understand you can’t have bad losses here,” Binford said. “We got a good win against Portland. We need to find a way to finish that game at Utah. The more solid preseason wins are going to be important for us in this conference as far as those postseason opportunities.”

Playing with more consistency, Binford said, will go a long way toward securing some of those vital wins. She expects her players to be motivated after how their season ended.

“That’s going to be a powerful positive for us moving forward as far as the small differences of being a champion versus finishing on that loss and not moving forward,” Binford said. “For us, it’s how do we get rid of mistakes and out of our own way to accomplish what this talented group is capable of?”

Getting those wins over teams from higher-profile conferences, coupled with wins over the top teams in the Big Sky, is the easiest path to postseason tournaments worth playing in. The same is true for the MSU men’s team.

“We can’t just be playing and competing with them,” Binford said. “We’ve got to finish some games.”