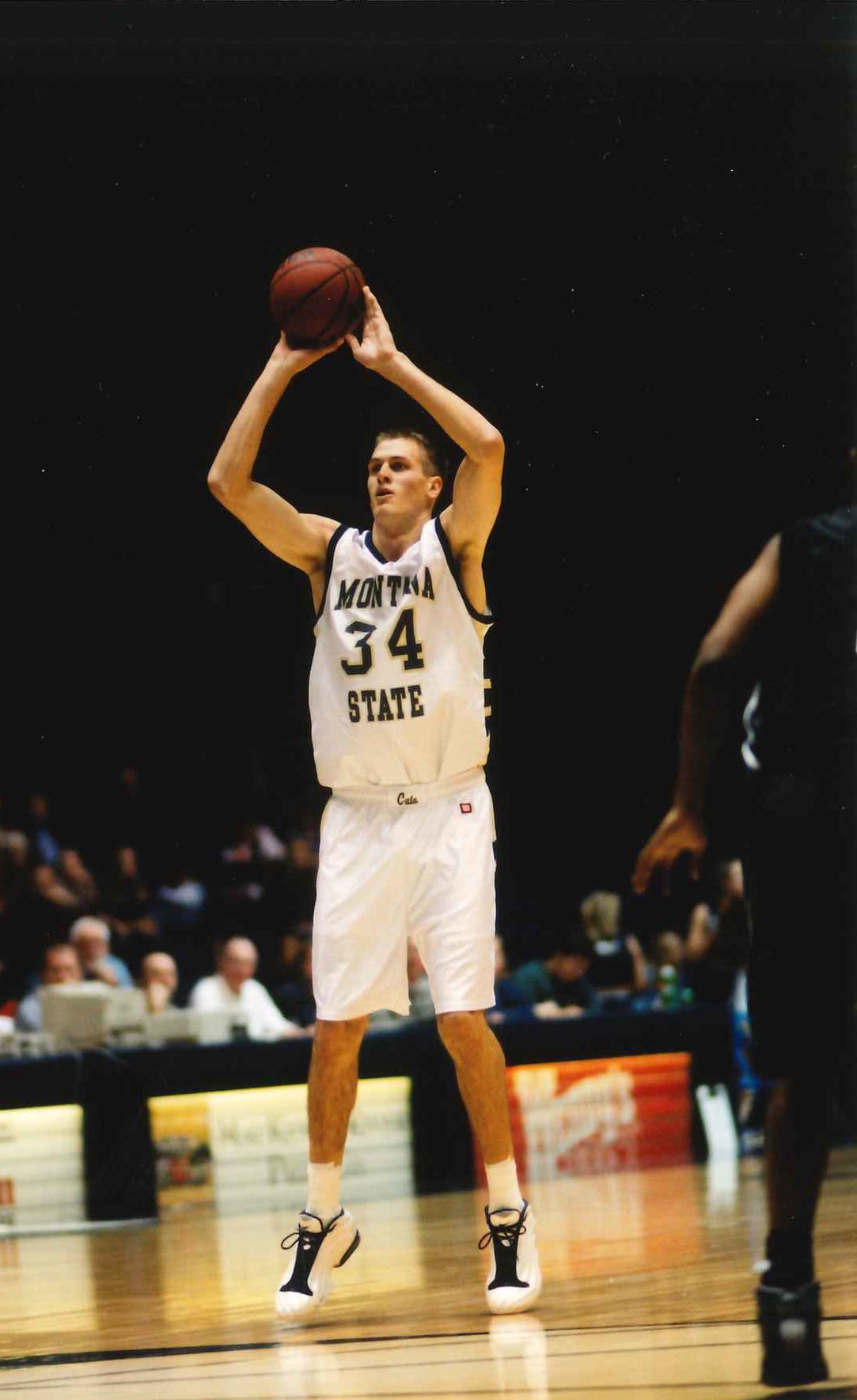 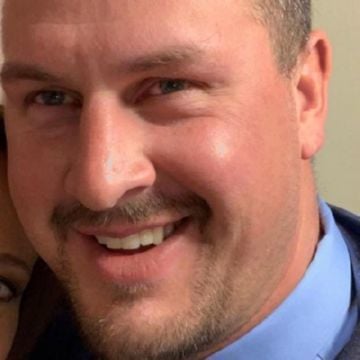 BILLINGS — As teammates in the Montana State men’s basketball program, Jeff Riggs and Tom Duffy gravitated toward one another on the basis of common interests and shared values.

Twenty years after their time as Bobcats, Riggs and Duffy remained close. They played city league basketball in Bozeman. Their families would gather. Their children, similar in age, would play together.

It stands to reason that when Riggs received word on Monday, Aug. 24 that Duffy, 40, had died in a helicopter crash while helping to fight the White River Fire in Oregon’s Mount Hood National Forest, it hit him with the full weight of sadness.

Duffy, a successful businessman in Bozeman, maintained countless relationships during a life spent serving others. Riggs, also a Bozeman businessman, was happy and proud to be among those Duffy called a friend.

“I felt privileged that we were able to stay in touch because he did have so many interests and friend groups,” Riggs told The Billings Gazette and 406mtsports.com. “He definitely had a lot going on in his life, so I felt blessed to have him in mine.”

Duffy lost his life when the helicopter he was piloting — a K-Max type 1 — went down while conducting water drops over the aforementioned Oregon blaze. Information as to what caused the crash has not yet been released.

Last Saturday, Gov. Steve Bullock ordered flags across Montana to be lowered to half-staff to honor Duffy, a man Bullock proclaimed was “a devoted father, husband, and man of faith, and throughout his career, Tom’s spirit of service and bravery represented the best of Montana.”

Flags are lowered to half-staff in Montana today in honor of Montanan Tom Duffy, who lost his life in the line of duty fighting fire in Oregon. The thoughts and prayers of my family are with his wife, children, and fellow first responders. pic.twitter.com/c3wOrQrdk9

A helicopter pilot for two decades — a skill passed down three generations in his family — Duffy was no stranger to aiding the Forest Service in taming wildfires or helping with search and rescue efforts in Gallatin County, the region and across the country.

But that’s how Duffy was known to friends, teammates and coaches alike: someone who would help those who needed it — at all costs.

“It’s been a sad couple weeks here in the Bobcat family with the passing of Tom. Our thoughts and prayers are out to his family,” MSU coach Danny Sprinkle said in a statement to The Gazette and 406mtsports.com.

“He was a fixture around the community and I think everybody in Bozeman was appreciative of the things he did. His servant leadership was something I and the entire program won’t forget about Tom.”

Before he became a Bobcat, Duffy — who stood 6-foot-10 — graduated from Mount Ellis Academy, a private Christian high school in Bozeman that is part of the Seventh-day Adventist educational system.

He spent his first year of college at Columbia Union in Washington D.C. (now named Washington Adventist University) but eventually matriculated back to Bozeman where he joined the MSU basketball looking to scratch a Division I itch. The team at the time was coached by Mick Durham.

Duffy was known to Durham and the coaching staff from the years he spent attending Bobcat camps during the offseason. Duffy redshirted his first year at MSU during the 1999-00 season, then morphed into a solid contributor the following year, leading the Big Sky Conference in blocked shots (1.5 per game) and pacing the team in 3-point percentage.

Former MSU assistant Jerry Olson remembers how much Duffy grew as a player.

“He was just long and athletic,” said Olson, now the athletic director at Miles Community College in Miles City. “He could run at that size. He had such a big upside. And he made big-time strides. He wanted to get better, wanted to work at it.”

“You don’t have many 6-10 guys sitting in Bozeman very often. We were always aware of him growing up,” said Durham, who is now the head men's basketball coach at Montana State Billings. “I enjoyed having him in the program. Obviously a good kid, a very talented kid.”

There was only one caveat: Duffy’s abiding duty to observe his church’s Sabbath precluded him from participating in practices or games from sundown on Friday to sundown on Saturday. Still, Durham and the Bobcats respected and accommodated Duffy’s faith.

It made for some interesting situations, though Duffy made it work by learning crash scouting reports not long before tipoff of Saturday night contests.

“He’d come in on Saturday once it got dark and we’d go over a quick video on the opposing post players and go over a quick scouting report, and he would soak it up and had it down,” said Olson, Duffy’s position coach. “He didn’t have the full day to prepare like everybody else but he caught on to everything.”

How strong was Duffy’s faith? Durham remembers one particular road game at Mississippi State during the 2000-01 season of which Duffy opted out because it was an afternoon tipoff.

During breakfast before the game, Duffy asked Durham if he could be dropped off at the library on the way to the arena. Durham obliged as Duffy’s devotion to his Sabbath was never shaken.

“I knew we were going to have our hands full. They had like six 6-10 guys and I’m dropping mine off at the library,” Durham said. “Obviously we got drilled on the boards that day and got beat. But that tells you right there. He was very faith oriented. We were playing against an SEC team, but he wasn’t going to budge.”

“It was really impressive how he stuck to that tenet,” Riggs said. “It’s a big challenge to be successful as a student-athlete, and Tom added a huge time commitment to his religion and never wavered. A lot of people would pressure him to play, and he never once wavered on it at all.”

Still, Duffy decided to walk away from the program as a junior during the 2001-02 season in part because the Big Sky Conference changed its scheduling model for games to be played on Fridays and Saturdays instead of the more common Thursday-Saturday setup.

This meant Duffy would miss half of MSU’s league games. He tried to lobby university presidents and conference officials to alter the schedule, to no avail. His basketball career ended before it could truly blossom.

Duffy “was raw but so willing to learn. He soaked up everything and improved,” Olson said. “I wish he could have stayed those last couple years. He just got better and better and I think he was going to be a really good Big Sky post player.”

Duffy’s memorial service was originally scheduled for Sunday at Bridger Bowl, but the Bridger Foothills Fire forced its relocation to Bobcat Stadium on the MSU campus. Riggs, who helped plan the event, credited Montana State athletic director Leon Costello and his staff for helping to facilitate the move in short order.

As part of his business endeavors, Duffy was the owner of both Bozeman Hot Springs and Excel Drilling. Riggs said Duffy was highly respected by current and former employees alike.

“He was often talking with his employees about personal issues and he’d have people staying at his house for months that were in a hard place or struggling,” Riggs said. “He was so supportive of so many of his employees.

“It was evident at the service to see how many were there. Some of them didn’t even work for him anymore and they were traveling across the country to pay their respects to Tom.”

On the morning of the service, Duffy’s father Mark flew rescue missions in and out of the Beartooth Mountains in Park County in response to separate climbing accidents.

Riggs, calling it a display of selflessness, said Mark Duffy's action exemplified the Duffys’ commitment to service, and illustrates from where Tom learned his values.

Olson and Durham know Duffy will be missed by many.

“One of the nicest, nicest people. You can’t get a nicer person than Tom,” Olson said. “Such a great person and to have it end that young … just shock.”

“There’s no question, Tom Duffy was more than a basketball player. His life was much more than that,” Durham said. “Tragic. A sad story; 40 years old with a wife and three kids. It hits your gut pretty hard.”

Duffy leaves behind his wife Robyn and their three children, sons Cohen, 10, and Sawyer, 8, and daughter Makenna, 6.

In this unusual offseason, Tricia Binford wants to celebrate each small victory. The season having a new start date qualifies as just that for Montana State’s women’s basketball head coach.