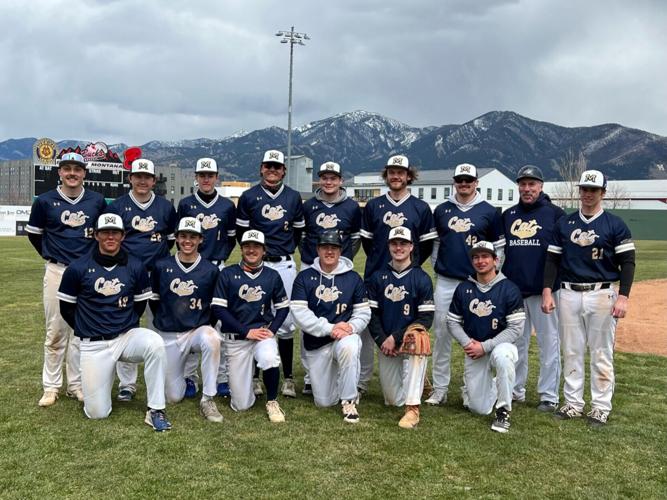 The Montana State club baseball team, pictured at Heroes Park in Bozeman, has reached a regional tournament for the first time in its nearly two-decade history. 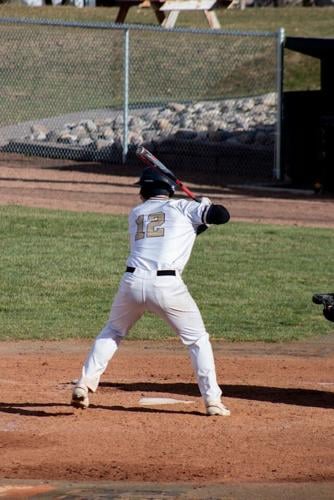 Montana State's Aiden Prentice takes an at-bat against Montana on April 9 at Heroes Park in Bozeman. 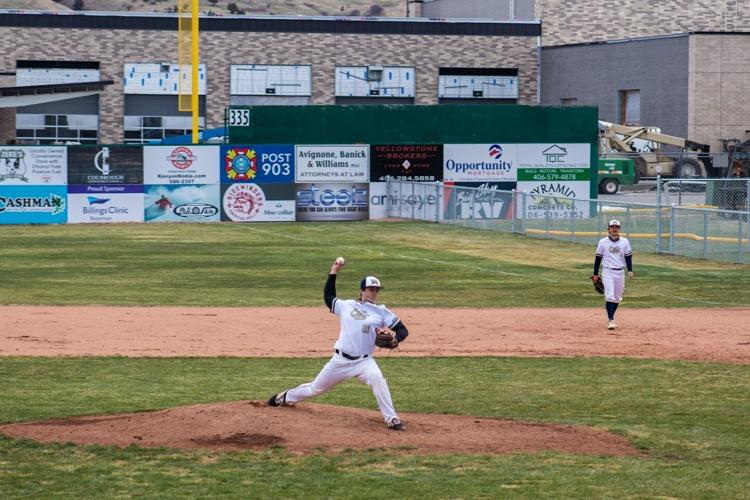 Montana State's Tristen Delaney throws a pitch against Montana on April 9 at Heroes Park in Bozeman.

BOZEMAN — The winter-esque weather during the spring makes Bozeman an unfriendly place for baseball, but that hasn’t stopped the Montana State club baseball team from finding some success.

What MSU didn’t foresee was a pandemic that would wipe away its 2020 and 2021 seasons. The Bobcats barely even practiced those two years.

It would be understandable for outsiders to doubt MSU this season, but the players and coaches maintained confidence. Sure enough, the Cats reached the Northern Pacific Regional Tournament for the first time in program history. They’ll try to continue their historic success at the regional tourney this weekend in Boise, Idaho.

“All of our players are very, very pumped up,” said Aiden Prentice, who is MSU’s club president, as well as an ace pitcher and outfielder. “It's been years in the making.”

The MSU club baseball program began in the 1990s but didn’t last long, according to coach Joe Hoy. The team started back up 17 years ago and has been playing ever since, minus the pandemic-canceled seasons.

Coaches and players like previous club president Brandon Seiler helped MSU approach the level of club teams at baseball powers like Oregon and Oregon State. MSU is the four seed behind Oregon, OSU and Utah State, in that order, at this weekend’s regional tournament.

Becoming a regional tourney squad was improbable considering all the obstacles in MSU’s way. The Cats play in a state that — until next year — doesn’t sanction high school baseball. Montana teenagers have only been able to play the sport in the summer at the American Legion, club and travel-team levels.

Summer, of course, is the only season for reliable baseball weather in the Treasure State. The Cats have been trying to dodge snow, rain and wind every fall and spring since 2005, and they’ve done so without a home field. They get three hours a week to practice on a soccer field, and they play games at Legion fields in Bozeman, Belgrade and Livingston.

“We've done a good job of being very resourceful and looking at all of our options,” Prentice said. “We've got great team camaraderie, and I think that's helped us get this far.”

MSU was forced to miss not just the 2020 spring season, which teams in every sport and every level missed due to the onset of COVID, but last season too because the university basically shut down club sports as a COVID precaution, according to Hoy.

Going two full years without any games, along with practice limitations, was especially unfortunate for Hoy. He became MSU’s volunteer head coach in 2020 and coached one scrimmage before everything shut down. But neither he nor his players got too discouraged.

“It’s a testament to our kids that even though they couldn’t play, they were still practicing,” Hoy said. “A lot of clubs would probably fall apart during a hiatus like that.”

The Cats stayed optimistic largely because of the talent they had coming back this season. Prentice and vice president Blake Dragan have been leaders on and off the field, and three of their fellow seniors have also played big roles: pitcher/outfielder Zack Jensen (of Lewistown), pitcher/shortstop Cameron Seiler (Billings) and outfielder Tucker Walter (Moore). Prentice and Dragan shouted out sophomore pitcher/third baseman Tristen Delaney, freshman catcher Seth Dice and freshman pitcher/outfielder Logan Pensatti.

It’s a talented group that also gets along extremely well.

“Having those past two years when we couldn’t play games, it brought us together and closer as a team,” Dragan said. “We could do things as a team and get our volunteer hours up and the requirements we have for club sports.

MSU began the season with a 12-11 win over Idaho State — one of Hoy’s best memories from this season because the Cats scored four runs in the final inning. They also swept rival Montana last month in a three-game series that featured wins of 14-1 and 28-6

MSU (8-7) will open the double elimination regional tournament at 5 p.m. Friday against Oregon State (19-2), the seventh-ranked team in the latest National Club Baseball Association poll. The Cats know beating OSU will be tough, but this challenge is barely daunting compared to everything they’ve overcome the last two years.

“I love Montana State. I just felt like I wasn't in the plans. I'm glad I'm still a Bobcat, though. Just a Bobcat back home now.” Charles Brown

Fireworks in the distance: AA boys, girls 1 mile shaping up to be event to watch at state