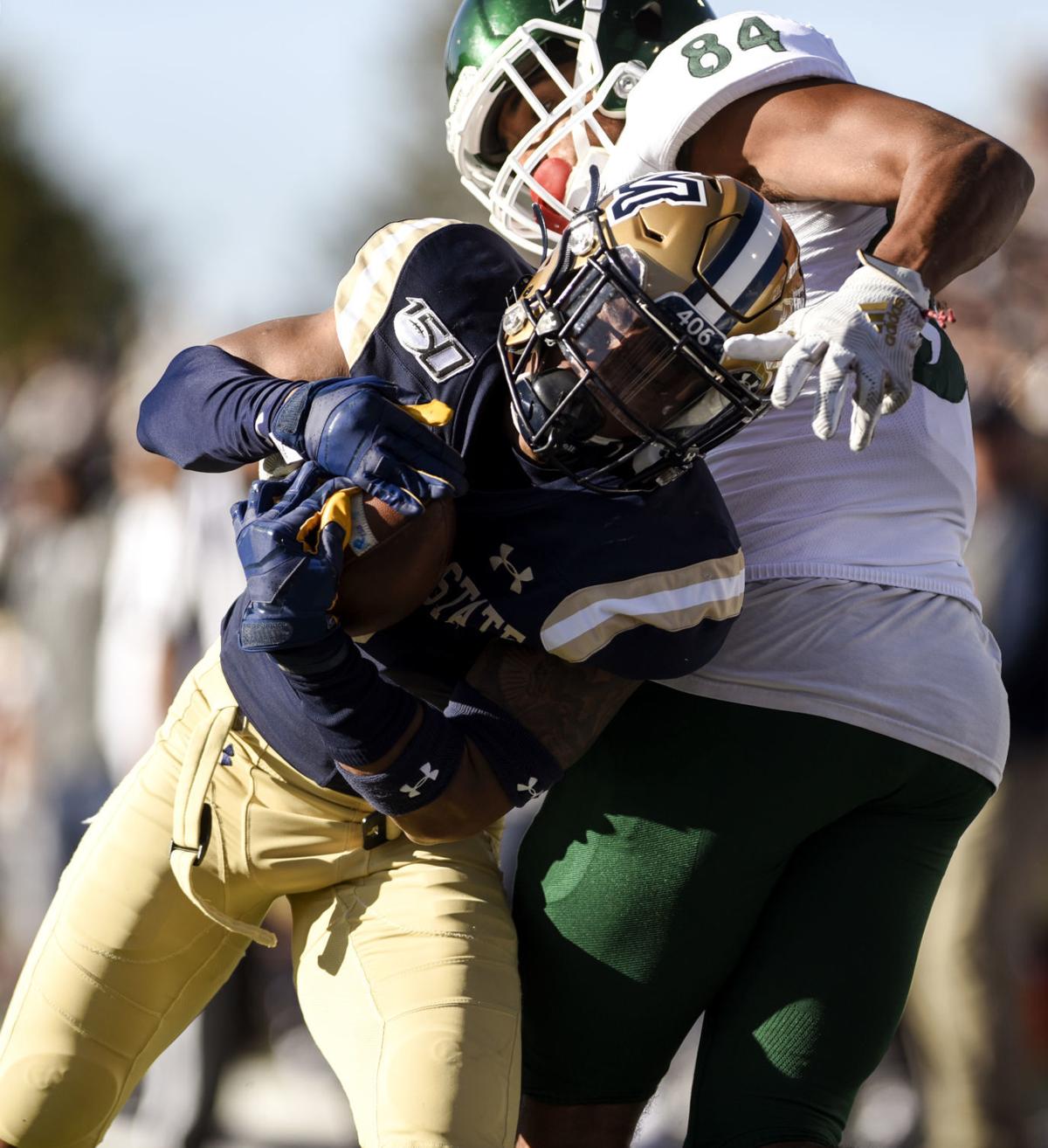 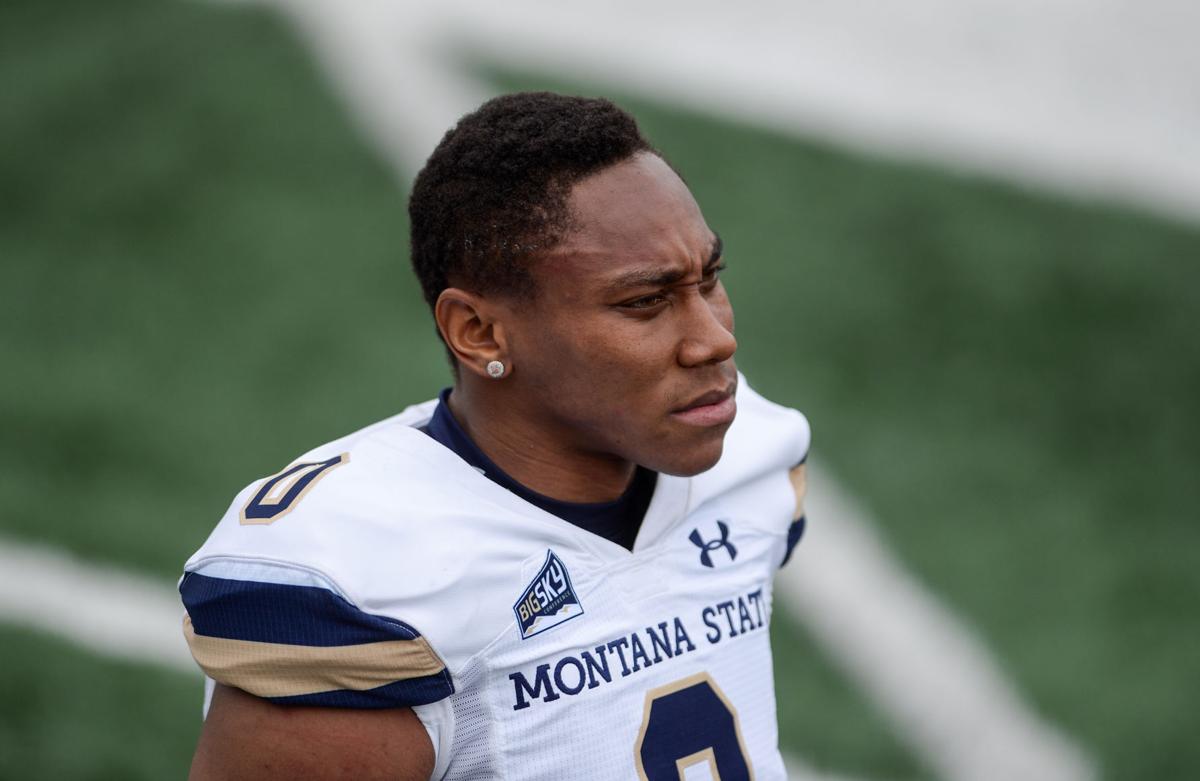 Montana State cornerback Tyrel Thomas stands on the sidelines during the Sonny Holland Classic on April 24 at Bobcat Stadium. 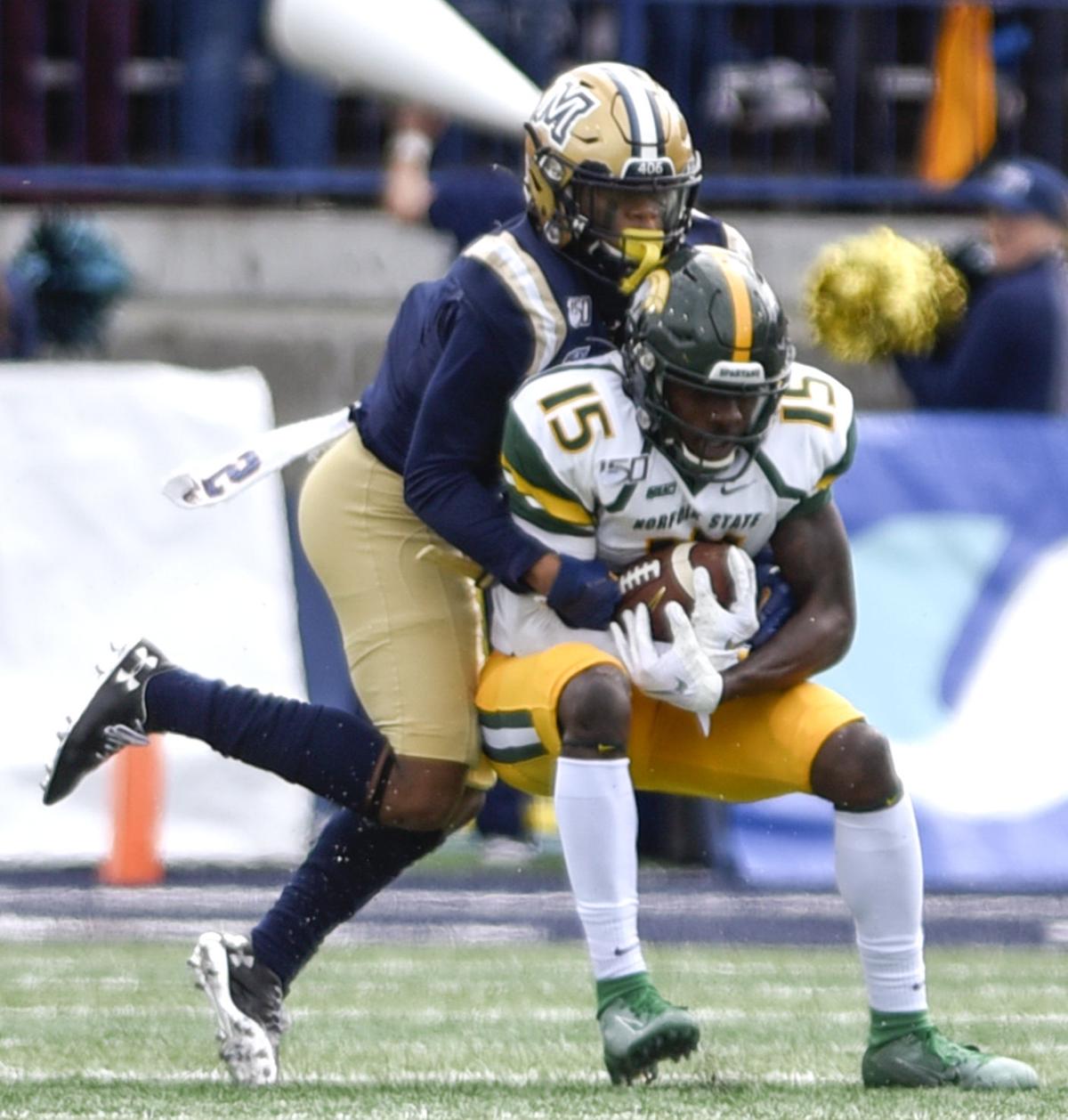 Montana State cornerback Tyrel Thomas stands on the sidelines during the Sonny Holland Classic on April 24 at Bobcat Stadium.

BOZEMAN — Tyrel Thomas ran around and defended similarly to how he has for the past five years at Montana State’s practice Monday. His No. 0 jersey is a welcomed sight for the Bobcats.

Thomas, a senior defensive back, has been recovering from knee surgery since mid-August. He’s among MSU’s most veteran players, having started games since 2017. And for the first time this season, he’s expected to see the field.

MSU head coach Brent Vigen said Monday the team anticipates Thomas to be back this week when the No. 13-ranked Bobcats (2-1) begin Big Sky play at Portland State (1-2) at 3:05 p.m. Saturday. Thomas is working his way back to proper conditioning, though he’s healthy, so his role may be limited. He’s in line to see time at nickelback, the position he was going to start at before his operation, and cornerback.

Jeffrey Manning Jr., MSU’s starting free safety, transferred from Oregon State in part to play with Thomas. They had known each other growing up in California. Eventually taking the field together, Manning said, would be “fireworks.”

MSU has been eagerly awaiting Thomas’ return. He played a role in both Manning and Tre Webb, the Bobcats’ starting strong safety who transferred from San Jose State this summer, choosing to move to Bozeman.

Manning said Thomas is “one of those people that, when he sees something and he wants it, he goes for it.”

“I love Tyrel,” Webb added. “He plays so hard. I love the way he plays. He’s another guy that you could plug and play at corner and nickel.”

In 2019, Thomas tallied 42 tackles, which was the most among MSU cornerbacks. Between two interceptions and 12 pass breakups, his 14 passes defended were fifth in the Big Sky. As a sophomore, though he missed four games with an injury, he was second on the team with six pass breakups and recorded multiple tackles in each game he played.

His reputation among his teammates and versatility are among the reasons Thomas was missed. Finding out he would be sidelined “hurt,” Manning said. Webb noted it was “definitely sad.”

“It’s always been our dream to play together. You never want to see one of your teammates go down, but seeing Tyrel go down, that one kind of hit home for me because I’d consider him more of a brother,” Manning said. “I can’t wait for him to get back out there with us.”

Webb noted Thomas has been “looking great” and is recuperating faster than anyone he’s ever seen undergo knee surgery.

Banks pointed out Thomas hasn’t been taking time off. He’s attending meetings and practices during his rehabilitation.

Webb noted Thomas kept his sense of humor during the last month.

“You would definitely know if something was wrong with (Thomas) if he wasn’t cracking jokes and being himself, so he’s maintained that. I’m happy for him. He’s looking great,” Webb said. “I can’t wait to finally play with him.”

In the meantime, the Bobcats’ secondary has excelled. In three games, opponents have averaged 259.7 yards and 12 points per outing. MSU has allowed 157 passing yards per game and just three total touchdowns through the air.

The Bobcats have also recorded three interceptions, two by defensive backs. Manning picked off a pass at Wyoming to open the season. Ty Okada, a junior playing at nickelback since Thomas was out, and linebacker Troy Andersen returned interceptions for touchdowns last week against San Diego.

Okada has played nickelback before in his career. He was originally going to line up at strong safety at the beginning of fall camp. But with Thomas out and Webb transferring, Okada made the switch back.

Banks said Okada will mostly remain at nickelback. Thus, the impact of Thomas’ return on the rest of the secondary is unclear.

According to Banks, whoever plays up to the MSU coaching staff’s standards will see the field, even if that means standouts exiting the game briefly.

“The more guys we got playing at a high level, the more guys we’re going to play regardless of who it is,” Banks said. “That just means more guys are going to be fresh at the end of the year. So it’ll add more depth and you’ve got more guys who can make plays and will be fresh and more disciplined.”

Thomas will be used in multiple roles, Vigen said. The head coach was adamant during fall camp Okada and Thomas’ adaptable skill sets would be assets for the Bobcats.

Thomas may see limited snaps on Saturday, even though he’s had a full workload in practice. But Vigen said Thomas’ role will expand as the season progresses.

“Once we get 0 back out there,” Manning said, “he’s just going to take us to a whole nother level.”