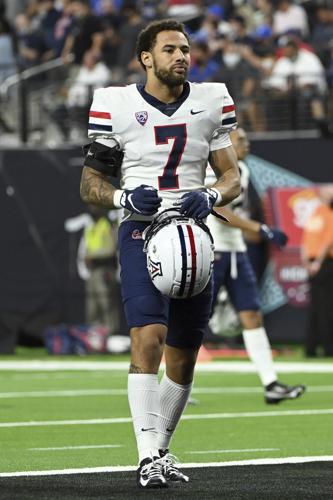 Then-Arizona safety Rhedi Short looks on before a game against BYU on Sept. 4, 2021, in Las Vegas. 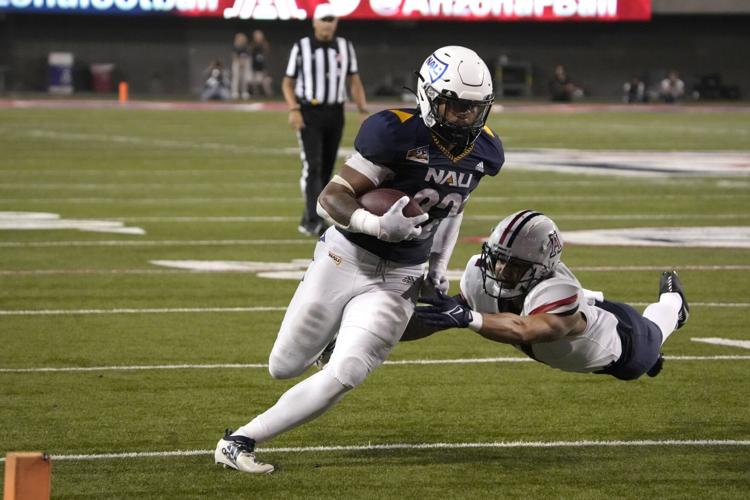 BOZEMAN — The Montana State football program announced the addition of five players on Wednesday, including a former Football Bowl Subdivision defensive back whose transfer hadn't previously been publicized.

"In these five we mix three one-year players and two with years ahead of them," MSU head coach Brent Vigen said in a press release. "The three one-year guys each have backgrounds that will allow them to contribute greatly in their one year with us. There is opportunity for both of the younger guys to come in and compete for playing time right away while continuing to develop."

Short was a three-star recruit out of Cathedral High in Los Angeles.

"Rhedi is an experienced safety who has the opportunity to challenge for the strong safety position," Vigen said.

If Short earns the starting strong safety job in the fall, he'll replace Tre Webb, who's now with the Atlanta Falcons. Rylan Ortt is the first-string strong safety on MSU's post-spring depth chart, and converted cornerback Eric Zambrano is the backup. Jeffrey Manning Jr., a transfer from Pac-12 program Oregon State who attended Cathedral with Short, is slated to be the Bobcats' starting free safety for the second straight season.

MSU also provided quotes from Vigen on the other four new players in Wednesday's press release:

• On Aigbedion, who previously attended Army-affiliated United States Military Academy Prep School: "Omar has four years to compete with us. We really like his strength and aggressiveness as an interior offensive lineman."

• On Mullins, who comes to MSU from Independence (Kansas) Community College: "Malik provides both length and athleticism at the receiver position. We anticipate he'll compete for playing time this fall."

• On Thomas, a transfer from Kentucky (an FBS team in the Southeastern Conference): "In Clevan we're adding a proven, versatile player who showed he can play inside or outside in his time at Kentucky. He'll compete for our open spots at receiver positions right away."

• On Williams, a transfer from San Diego State (an FBS team in the Mountain West): "We really like the versatility Kaegun showed at San Diego State in a backup role. He has always been productive whenever his number was called. He adds much-needed depth at running back."

Thomas is the third transfer receiver to commit to MSU this year.