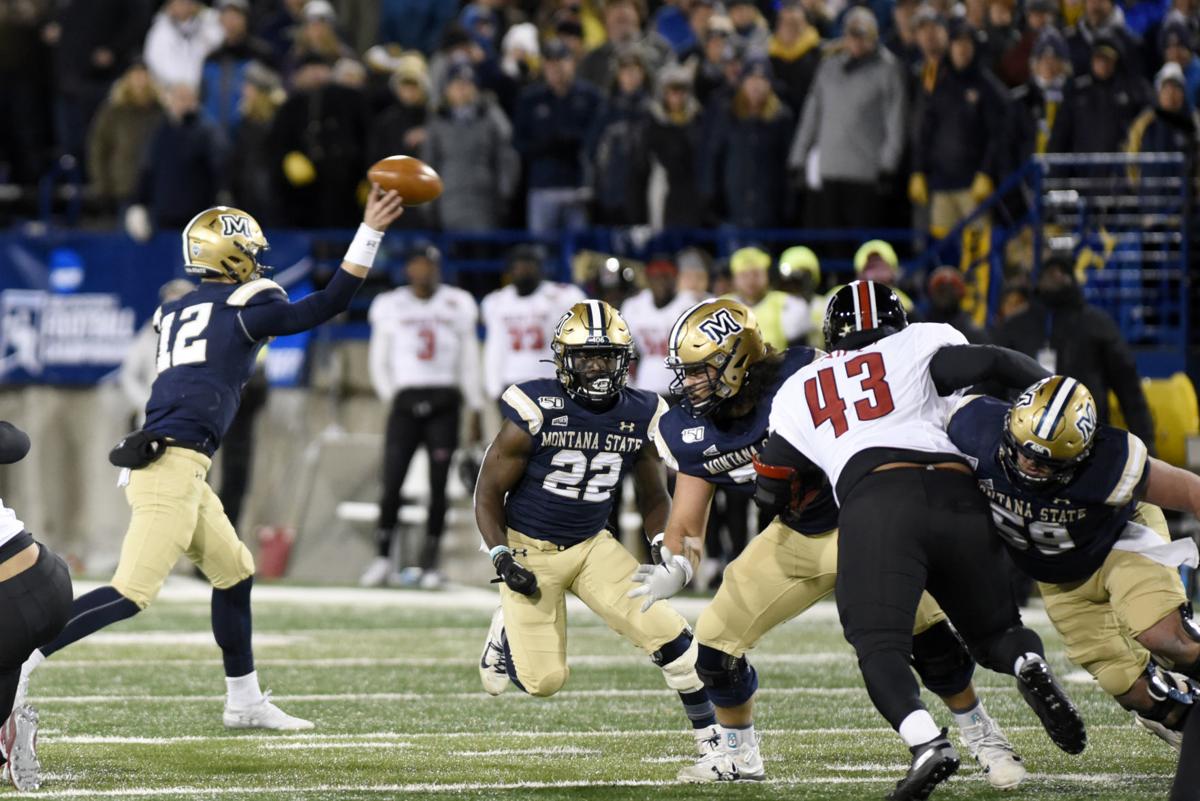 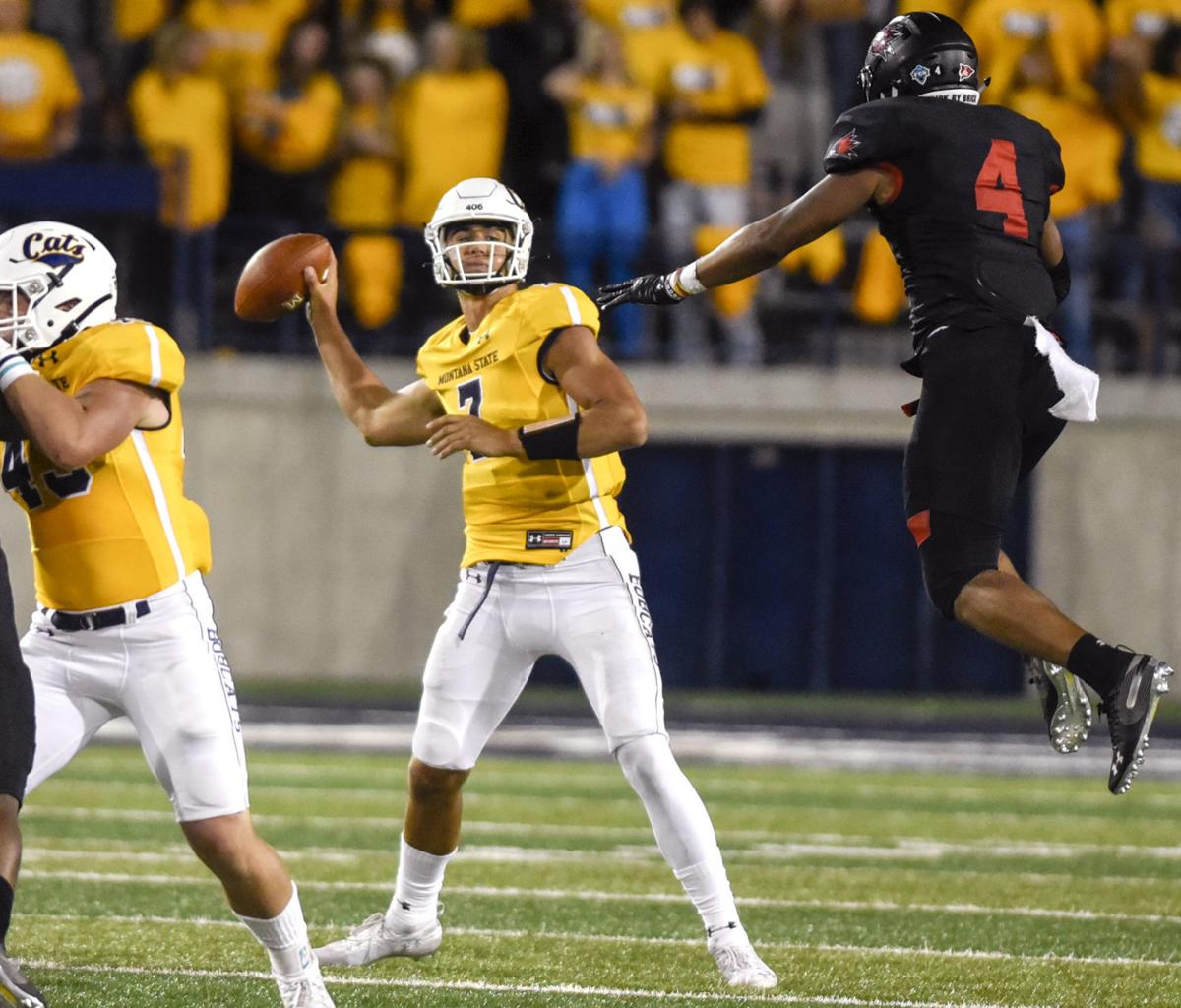 Tucker Rovig and Casey Bauman served as backups to each other at different points in the season. Choate, MSU’s coach, lauded their willingness to take back seats on a run-first offense as the Bobcats reached the FCS semifinals for the first time in 35 years.

MSU has opened up quarterback position battles every year since Choate’s first season in 2016. This season will be no different. Rovig and Bauman, along with North Carolina State transfer Matthew McKay, are competing for a starting role.

The coronavirus pandemic has complicated the fight for the spot behind center. This prevented the Bobcats from holding spring practices, which MSU coaches said this winter would’ve been a critical time for the QBs to prove themselves.

But Choate was clear that Rovig, Bauman and McKay would each have a shot to become the starter. First-year MSU offensive coordinator and quarterbacks coach Justin Udy said all three bring unique skill sets, which could further complicate the competition.

“We’ll compete in the meeting room, we’ll compete in the practice field,” Udy said. “And we’ll have a really, really good feel for, hey, who can win the locker room over, who can perform under pressure and who really wants to compete when the game is on the line.”

He thrived completing intermediate routes both from the pocket and while on the run. He kept drives alive by scrambling for first downs and scored four touchdowns on the ground.

Udy, who will likely add new wrinkles to MSU’s run-first approach, said McKay ran a similar offense at NC State. The similar terminology has created an easier transition as McKay dives into the schematics of the Bobcats’ system.

“He’s a very intelligent guy. He picks things up quick,” Udy said. “You don’t have to tell him things twice. You coach him on a point and he’s able to give you that feedback and several days later again remembers the things that you talked about. And that’s just a sign of a guy who is very, very coachable and just kind of brings a level of poise to the position that you certainly want from the guy who is out there calling the shots.”

Bauman was named the starter at the beginning of last year as a redshirt freshman, despite not having the starting experience Rovig had in 2018. By the end of the season, he completed 47.6% of his passes for 446 yards and one touchdown with no interceptions.

Bauman, at 6-6, 235 pounds, showed he has the arm strength to compete in the Big Sky. Choate wanted a boost on offense, however, so Rovig took over as the starter after three games into the season.

After he was benched, the Bobcat coaches were impressed by Bauman’s maturity as he continued to help Rovig from the sideline. Choate hopes Bauman remains urgent as he seeks a spot in the starting lineup.

“We talk about the concept of being unselfish,” Choate said. “The two guys that will never ever get enough credit for the success that we had as a team last year were Casey Bauman and Tucker Rovig because of how unselfish those guys were.”

After Rovig took the reins, the Bobcat offense experienced highs and lows. He improved throughout the season, though. He didn’t turn the ball over often, which was crucial for the Bobcats as they relied on their ground game and quick passes.

Rovig finished his sophomore season with 1,969 yards, 15 touchdowns and five interceptions with a 61.6 completion percentage.

“They’re working their butts off, and it will be a great competition,” Bobcats passing game coordinator Erik Frazier said of MSU’s passers. “Tucker took us to the semifinals last year, and he’s a competitor. He’s hungry.”

Udy noted how professional the Bobcat quarterbacks have acted during the pandemic lockdown. Because of the nature of the position, the team will rely on them to show control and maturity in how they interact with others.

Rovig and Bauman had an advantage early because they already built chemistry with their offensive playmakers. But Udy didn’t discount McKay, who quickly formed relationships with his teammates as well. Rovig and Bauman have also helped McKay along in his transition from NC State.

Udy was eager to watch which of his quarterbacks would stand out this offseason. The Bobcats were cleared to begin voluntary workouts on June 1 and began player-run practices this week. This should allow them to build on their skills. Choate has noted in the past these summer workouts are as important of a time as any to gain an advantage in position battles.

Udy believes the Bobcats likely can’t advance as far as the FCS semifinals again without dependable production at quarterback. Who that production will come from is the question MSU will have to answer.

“I think they all are very talented, and they’ll push each other,” Udy said. “We are counting on the quarterback position to help the organization take that next step forward.”

Hosting graduations for Belgrade and Bozeman has given MSU a road map of sorts for athletics.