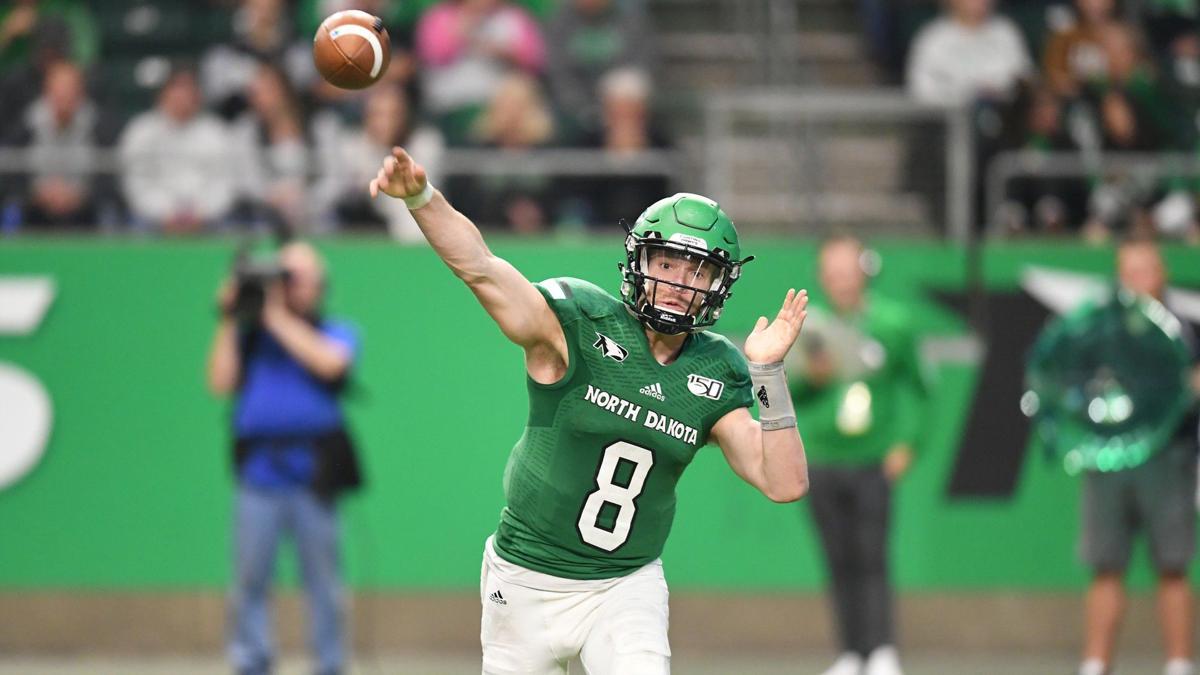 North Dakota quarterback Nate Ketteringham throws a pass during a victory over UC Davis on Oct. 5 in Grand Forks, N.D. 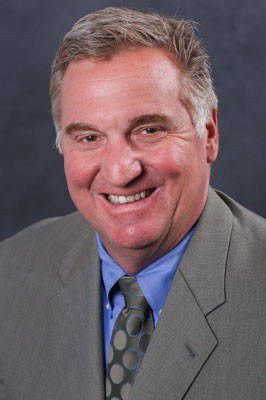 BOZEMAN — The last time Montana State came across North Dakota’s Nate Ketteringham he was wearing a darker shade of green as the quarterback at Sacramento State.

It was Oct. 1, 2016 at Hornet Stadium in Sacramento, California. The Bobcats looked poised to win their first Big Sky Conference game under new coach Jeff Choate, and built a 17-point lead on an 11-yard touchdown run by Chad Newell with 5:02 remaining in the third quarter.

But that’s when Ketteringham took over, fashioning three touchdown drives in the fourth quarter to save the Hornets. His TD pass with 15 seconds remaining — which capped a frenetic 68-yard march — lifted Sac State to a 41-38 win.

“I kind of blocked that one out of my brain,” said Choate, now in his fourth year at MSU, when reminded of that night.

The memories may or may not be fresh, but Choate and the No. 9-ranked Bobcats (5-2, 2-1 Big Sky) have to deal with Ketteringham again this week when they travel to play FCS independent UND (4-3) at the Alerus Center in Grand Forks, North Dakota.

The game is scheduled to kick off Saturday at 11 a.m. Mountain time.

“He’s a playmaker. He runs their offense well,” senior linebacker Josh Hill said of Ketteringham. “They’re going to do what they’re going to do. He’s got a lot of experience in the Big Sky.

“The game three years ago in Sacramento, they came back and had a couple drives to win the game against us.”

Ketteringham, a senior from San Diego, transferred to play for the Fighting Hawks from Sacramento State after that 2016 season. And he’s still making plays as a veteran with more than 30 career starts.

Last week at Cal Poly, Ketteringham threw a 39-yard touchdown pass to Alex Cloyd on a fourth-and-2 play with 1:39 remaining, which provided the winning points in a 30-26 victory. It was the Fighting Hawks’ first road win of the year.

Against then-No. 12-ranked UC Davis, Ketteringham led a late drive that produced the go-ahead field goal in a 38-36 upset win.

“We look for that type of leadership when the game is on the line. You’ve got to be willing to make the throws,” UND coach Bubba Schweigert told 406mtsports.com during a telephone interview on Tuesday.

“Last week on the road in his home state, I think he felt some comfort out there. Had a lot of friends and family there and really played well. He’s tough. He’s a competitor.”

Ketteringham was injured earlier in the year and was held out of UND’s games against North Dakota State and Sam Houston State. He returned for a road contest at Eastern Washington, but the team turned the ball over six times in a 35-20 defeat.

North Dakota also got smacked 55-20 on the road at Idaho State on Oct. 12, but Choate has noticed how much better the Fighting Hawks play at home, where they are 3-0 so far.

The same can be said for Ketteringham, whose is completing 74% of his passes at home (48 of 65) with 431 yards, four touchdowns and just one interception.

The Bobcats know Ketteringham, who has clearly found a home at UND, will test them defensively.

“I think this kid does what they ask of him very well. That’s what I’m seeing,” Choate said. “I think he’s an accurate passer, he’s got big targets, and certainly he takes advantage of that. He will throw them open and use their catch radius, whether that’s a back-shoulder or a 50-50 ball. I think he has a lot of confidence in those guys down the field.”

North Dakota is in its second season as an FCS independent. It will move full-time into the Missouri Valley Football Conference in 2020, where it will rekindle its regional rivalries and reside in a more geographically friendly environment.

UND previously played six seasons as a member of the Big Sky Conference (2012-17). Though the Fighting Hawks are no longer in the league, they’re playing a Big Sky schedule — and win or lose it will count toward Montana State’s place in the standings.

MSU needs to win this one in order to get back in the win column and keep pace with the upper echelon of the league.

The Bobcats are coming off a bye week but dropped their most recent game, a 34-21 loss at home to Ketteringham’s former team, Sacramento State.

“I think it’s huge,” Hill said. “We lost and now we’re coming off a bye week. (We need) to get our mojo back and get things rolling here at the end of the season.

“I think we play well at the end of the season, though, and we have over the last couple of years. I think we’re going to be ready to roll these next five games.”

Montana State 'dug in' during bye week, gets set for decisive road game at North Dakota

BOZEMAN — In some ways, predictability is what hurt Montana State the most in its 34-21 homecoming loss to Sacramento State 10 days ago.