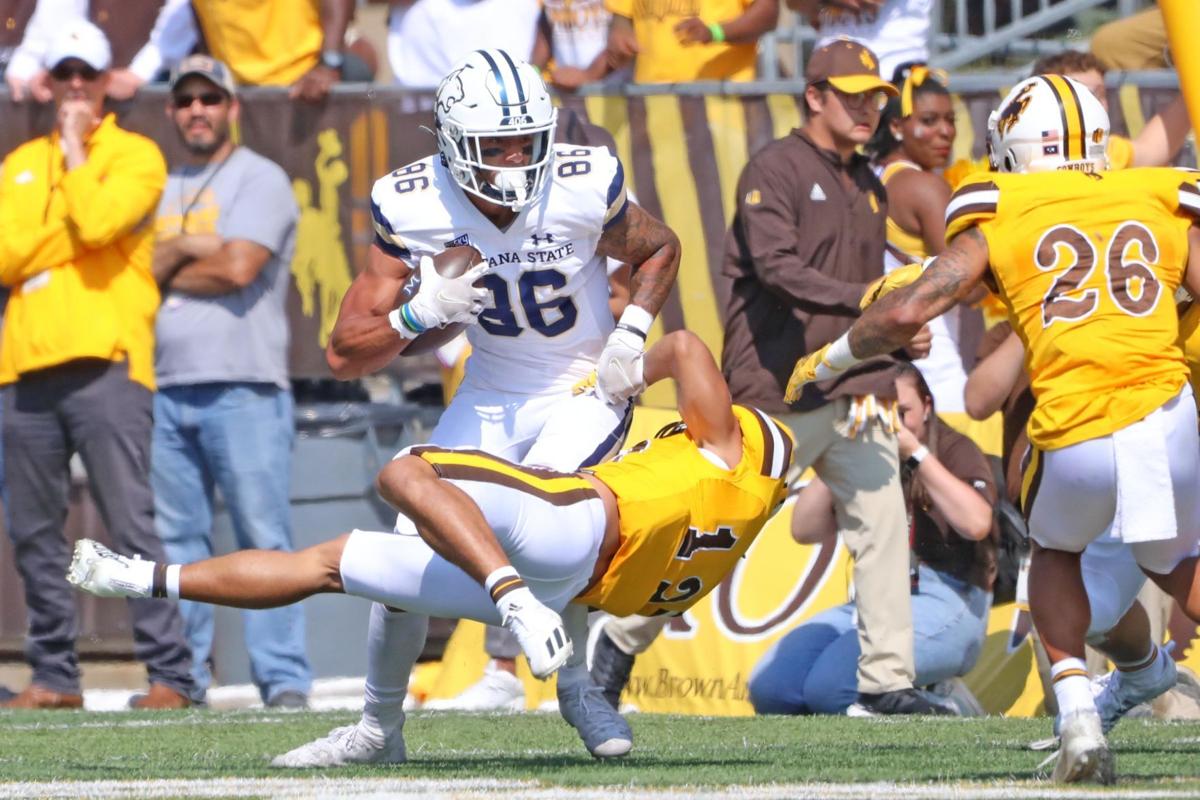 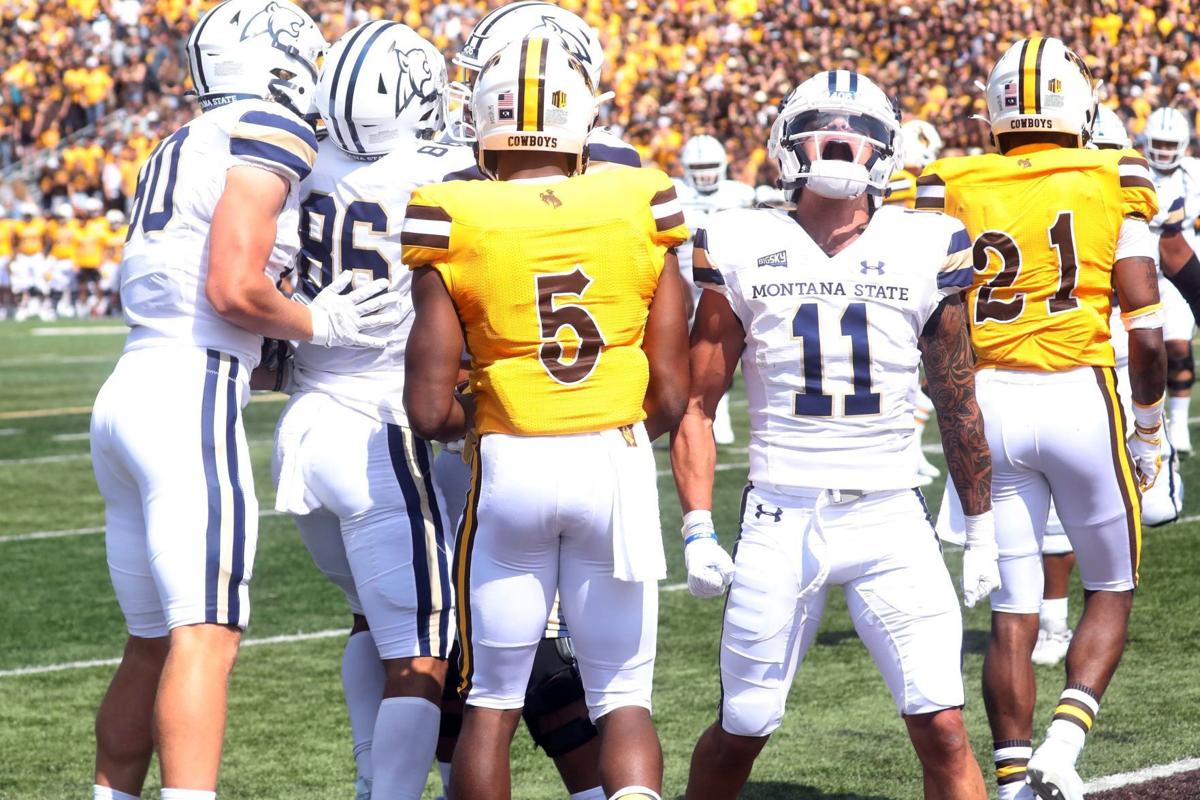 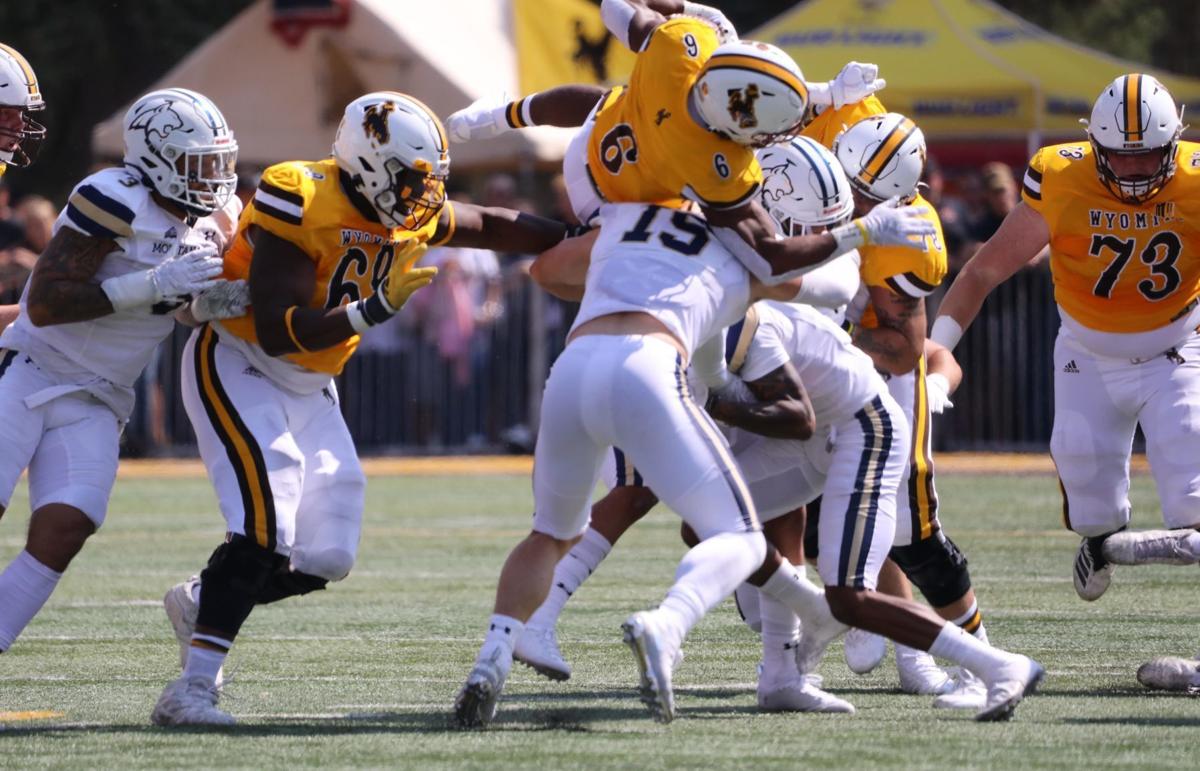 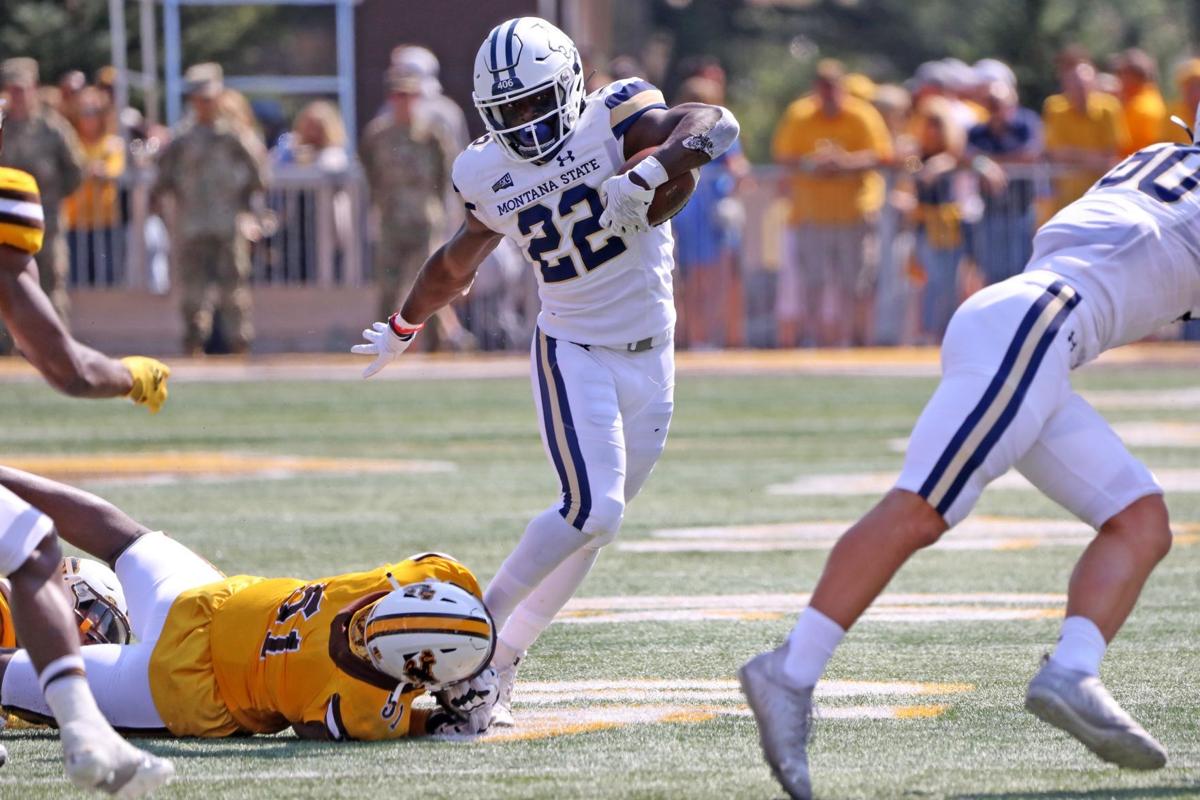 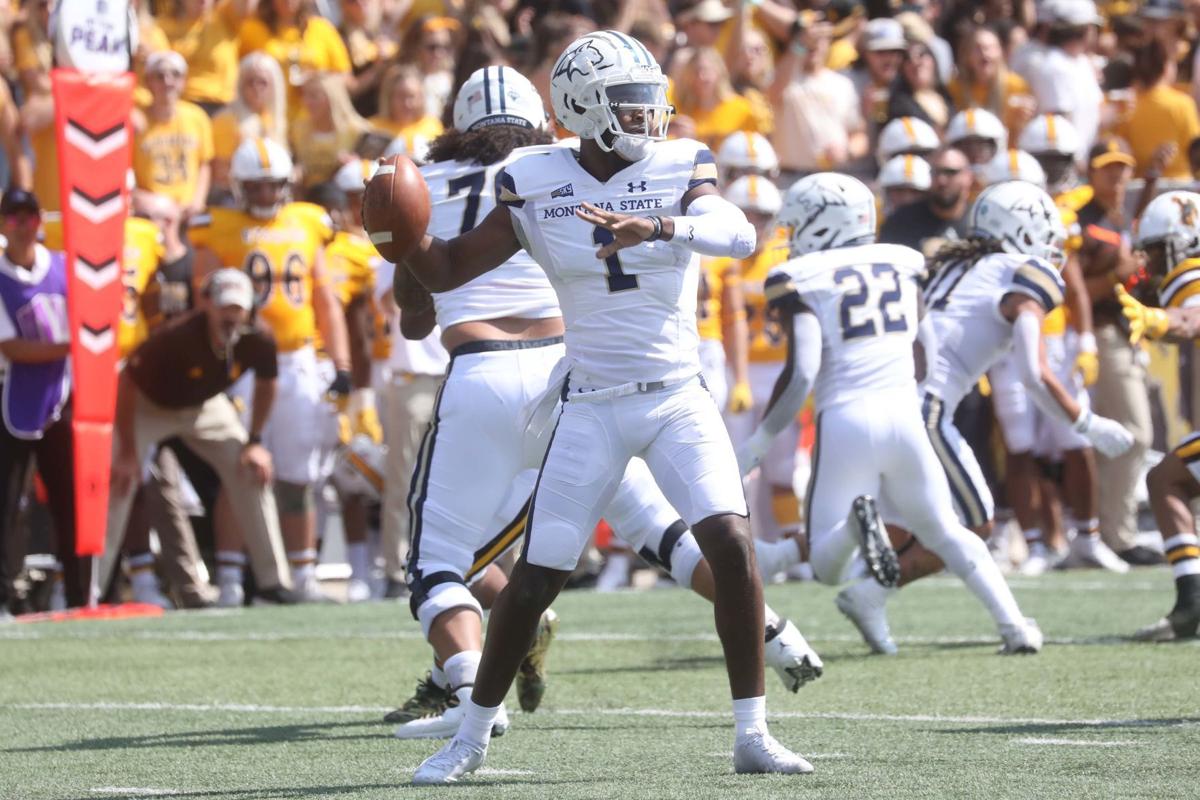 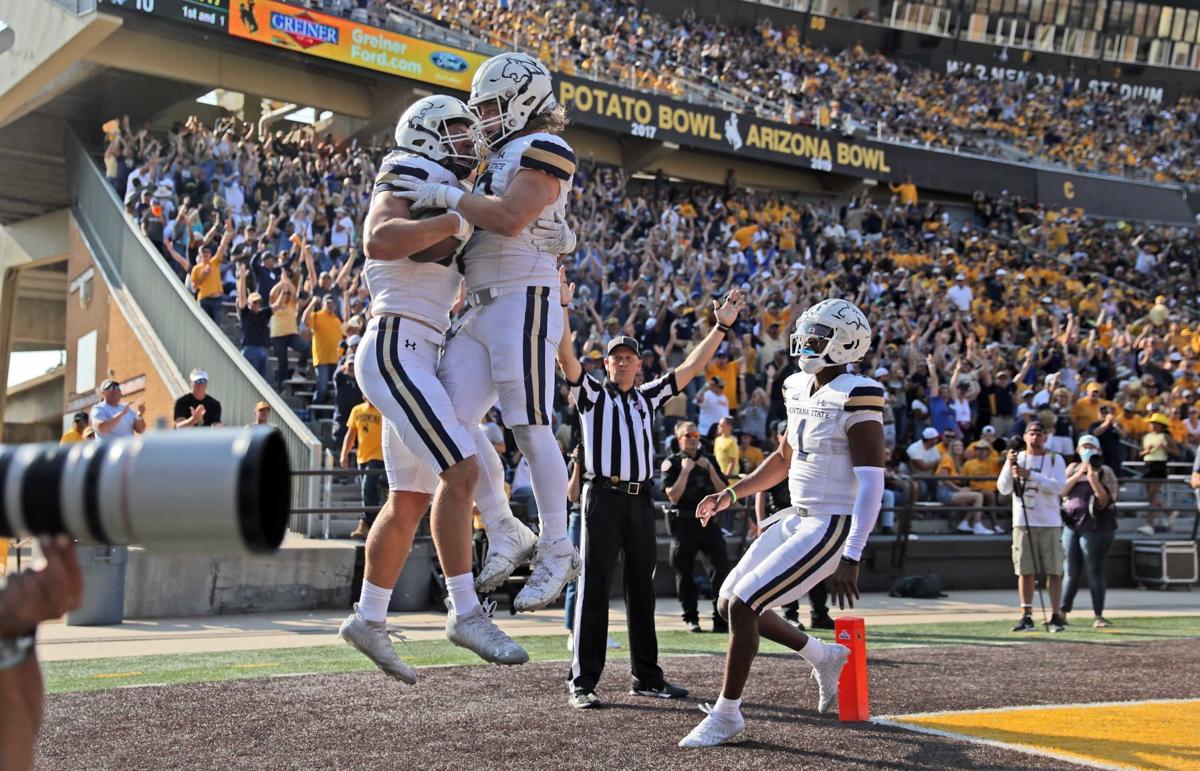 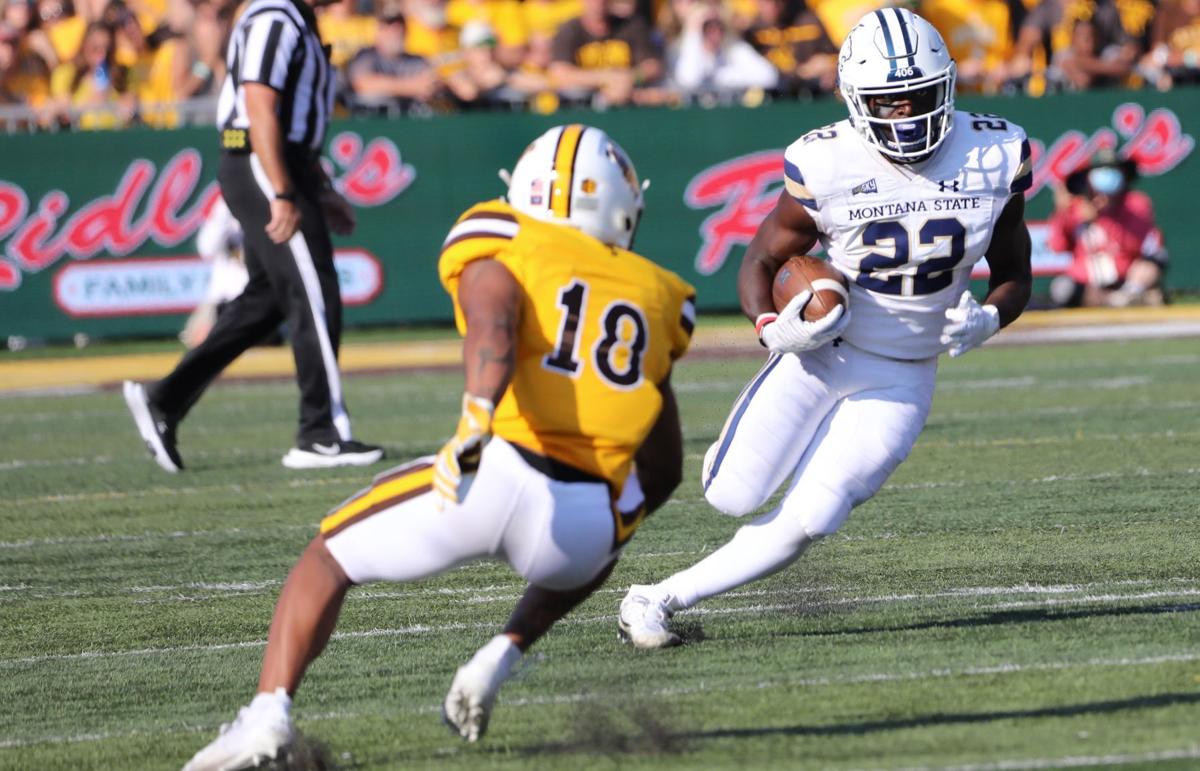 Trailing 19-16 in the waning seconds of Saturday’s season opener at Wyoming, MSU running back Isaiah Ifanse dove for a first down around UW’s 40-yard line. Several Bobcats thought he got the first down, which would have momentarily stopped the clock with four seconds left. The referees ultimately ruled he came up short of the marker, and the clock ran out.

The finish provided a mix of emotions for MSU’s players and coaches. Their disagreement with the call was on the top of their minds, as were all the mistakes and close calls earlier in the game. A win was in their grasp, and it ended in disappointment.

The Bobcats also came away with many things to feel proud about. The FCS team lost 19-16 on the road to an FBS team favored by 19 points. MSU nearly beat a team that paid it $425,000.

All in all, it was a memorable way for the Bobcats to end their 623-day layoff.

“We more than had our chances today,” MSU head coach Brent Vigen said. “It’s not about one play, it’s a collection of those. You flip that around, I know they had a collection of plays that they want back, too. But they found a way to win, and that’s what matters.”

Saturday’s matchup had several subplots beyond the actual game. One was MSU’s return after it canceled last season because of the coronavirus pandemic. Another was Vigen’s return to Wyoming, where he served as offensive coordinator for seven years before MSU hired him in February.

An upset felt possible early in the first quarter after MSU safety Jeffrey Manning intercepted Sean Chambers and the Bobcats scored on the next play, a 15-yard back-shoulder pass from junior Matthew McKay to senior Lance McCutcheon.

MSU led 7-0 for most of the first half and 7-3 until the 13:36 mark of the fourth, when Wyoming all-Mountain West running back Xazavian Valladay scored a short rushing touchdown.

The Bobcats could taste victory a couple minutes later, after McKay completed a 20-yard pass to redshirt sophomore tight end Treyton Pickering and a 30-yard pass to Bozeman's McCutcheon, who made a one-handed grab at the 1-yard line. McKay again found Pickering, a Sunburst graduate, one play later to put MSU up 16-12.

"The longer you can keep these games where the outcome’s in the balance, it generally works in the underdog’s favor. I think it did today," Vigen said. "It’s only going up from here."

Vigen joked that his offense scored too fast on that go-ahead drive with 2:17 remaining.

"I hear coaches say that. That's ridiculous," Vigen said. "You start looking at the clock, and (if) you get a stop, you can put a knee on it. You just have to get them off the field. You're up four, they have to get a touchdown. You're planning for that opportunity."

After struggling to move the ball for three-plus quarters against MSU’s impressive defense, Wyoming quickly drove down the field and went ahead 19-16 with 47 seconds left on a 21-yard TD pass from Chambers to tight end Treyton Welch.

Vigen wonders what would have happened if Ifanse went out of bounds instead of diving for the first down with four seconds left.

Vigen said a side judge, like many of the Bobcats, "thought it was a first down.” If that was the call, the clock would have stopped to move the chains, allowing MSU to spike the ball and get one more play. MSU’s field goal unit ran onto the field amid the chaos.

The other refs ruled Ifanse “a half a yard short” of the first down, Vigen said, and the clock ran out, prompting a Wyoming celebration. The officials reviewed the play and stuck to their first call.

"I don't really know what was going on. I thought we got the first down," said McCutcheon, a Bozeman grad. "Anytime you lose, it sucks. Like that, it sucks as well."

MSU’s odds of winning were marginal even if Ifanse’s run was ruled a first down. Glessner, whose 47-yard field goal attempt late in the first half was blocked (largely because of a high snap), would have attempted a 57-yard field goal as time expired. If he made it, the game would have gone to overtime.

The final play was one of many that could have changed the outcome.

Who knows what would have happened if Vigen kept one of the two timeouts he called on UW’s game-winning drive? Vigen expressed frustration when he recalled the 10-second runoff with 31 seconds left because redshirt sophomore offensive lineman Cole Sain went down with an injury and MSU had no timeouts left.

MSU made many mistakes, such as a first-quarter fumble from redshirt junior receiver Willie Patterson in Wyoming territory and the two penalties committed by senior defensive end Daniel Hardy that helped UW score its first touchdown.

The Bobcats will take several positives away from Saturday’s game, and they’ll lament their chances to win before that last 47-second gasp.

They’ll also wonder what might have happened if they got a more favorable spot on the final play.

McKay completed 19 of 28 passes (67.9%) for 200 yards, two TDs and no interceptions. McCutcheon accounted for 71 of those yards on five catches, and Pickering had three receptions for 31 yards. Ifanse rushed for 103 yards on 16 carries (6.4 yards per carry).

NOTES: Vigen didn't have any updates on Sain, who was helped off the field after suffering his injury. ... Sain sat on the sideline for most of the game but filled in at left guard late in place of Zach Redd. He lost the starting center job to Bozeman grad Justus Perkins, due in part to a fall camp injury, per Vigen. ... MSU starting defensive tackle Kyle Rygg was also helped off the field after going down with the injury early in the second quarter. Vigen said of the redshirt junior, "We'll see what his status is going to be."

The Montana State Bobcats are in Laramie, Wyoming to open their 2021 season against the Cowboys.