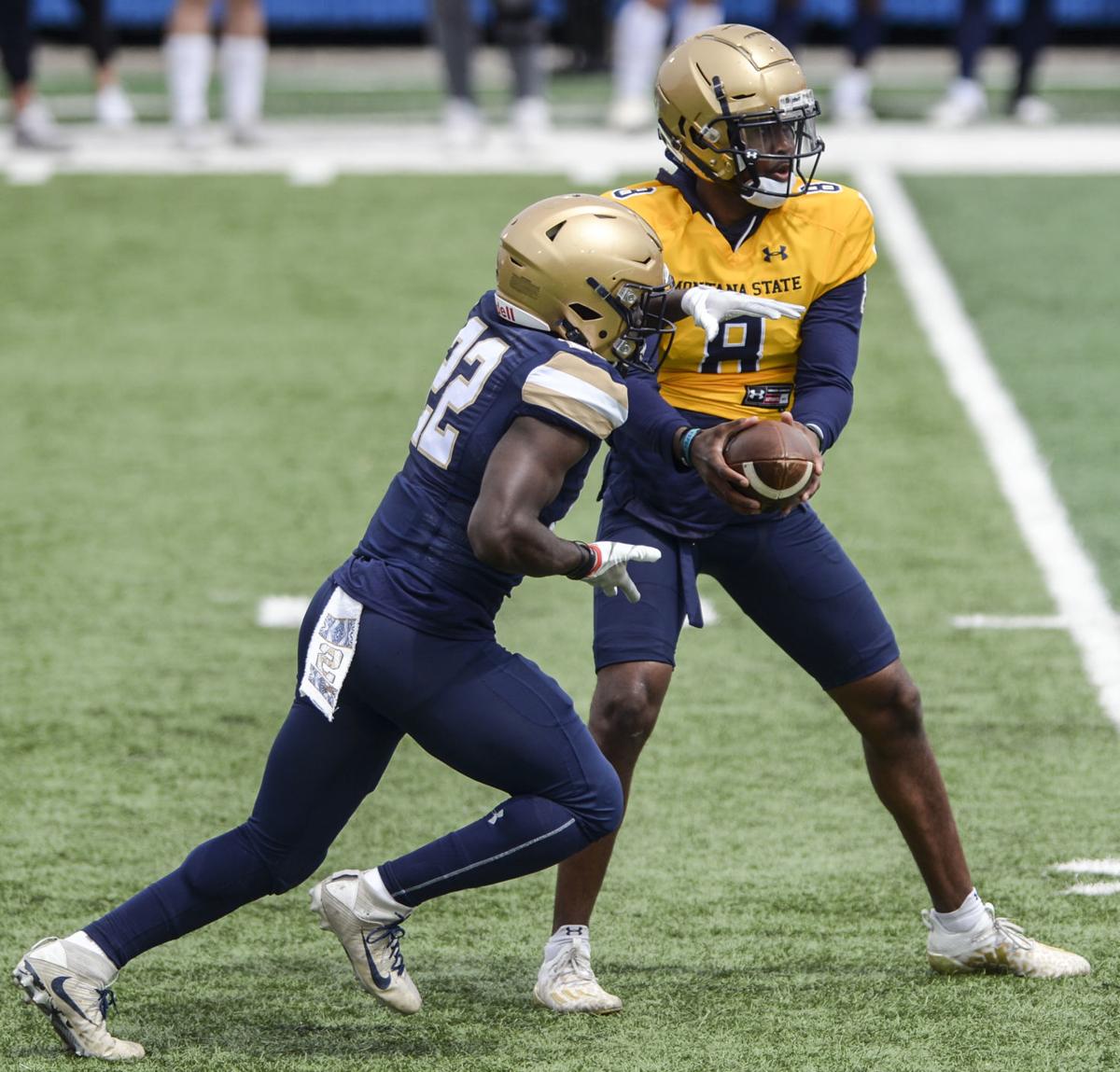 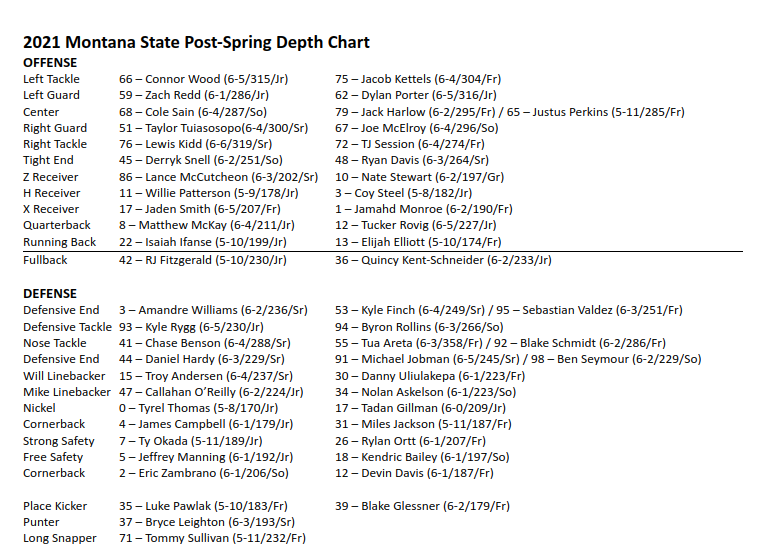 BOZEMAN — If Montana State were to play after its spring practices, it’s identified who would start at every position.

Three days after the Sonny Holland Classic, MSU released its depth chart on Tuesday. Among other positions, the Bobcats named North Carolina State transfer Matthew McKay as the leading quarterback.

This serves as an indication of what new Bobcats head coach Brent Vigen thinks of his players only a couple of months after he took the job. He’s been adamant the pecking order could change as the offseason continues.

“I like the way this team is approaching their business,” Vigen said after the spring scrimmage Saturday, “and I hope to keep that going.”

The strength of MSU’s offense in the past, its offensive line, featured all four of its returning starters. However, as was the case in the spring game, they’re mostly at different positions than they have been.

Connor Wood is the left tackle, Zach Redd is at left guard, Taylor Tuiasosopo is the right guard and Lewis Kidd is at right tackle. Cole Sain is listed as the starting center.

Isaiah Ifanse, who paced the Bobcats with 111 rushing yards during the Sonny Holland Classic, is the starting running back. Elijah Elliott, a true freshman who’s impressed during spring ball, is No. 2 at running back. He compiled 75 yards and a touchdown on seven carries during the scrimmage.

“They’re certainly different,” Vigen said of Ifanse and Elliott. “That change of pace is complicated for a defense at times when you can interchange guys.”

Freshman Jaden Smith, who hauled in three catches for 47 yards on Saturday, is a starting wide receiver. Vigen said Smith, at 6-foot-5, 206 pounds, has a “combination of length and athleticism that you want.”

Lance McCutcheon, a senior from Bozeman, is another starting wideout. Willie Patterson, who’s dealt with injuries the first two seasons of his career, is listed ahead of Coy Steel, MSU’s leading returning receiver from 2019, at a third wideout spot.

“I think we have really good potential,” Vigen said of MSU’s receivers. “It’s a group of guys that their experience is pretty limited, but the talent I do think is there.”

Hardy, a former linebacker, impressed during Saturday’s scrimmage. His performance included a sack.

“There’s no quit in him,” Vigen said. “He’s got a relentless motor to him. He’s learning to play in the position on the fly here, but the fact that we were able to get up to speed as quick as he did, I think he’s a guy that can be really disruptive.”

The Bobcats listed five starting members of the secondary. Tyrel Thomas, a senior who’s been a significant contributor at cornerback in his career, is at nickelback. Sophomore Eric Zambrano is starting at cornerback and wide receiver-turned-defensive back James Campbell is another starting corner. Jeffrey Manning is MSU’s leading free safety, and Ty Okada is the strong safety.

Vigen said the point of releasing the depth chart was to tell players exactly where they stood within the program. Before the depth chart was publicized, junior wide receiver Tyrone Marshall and redshirt freshman cornerback Tylor Bohannon entered the transfer portal. Both played during the spring scrimmage but appear to desire to seek opportunities elsewhere.

Others could transfer as well, though MSU hasn’t experienced mass turnover since Vigen took over. The Bobcats’ new head coach said whoever does stick around is expected to continue to keep improving and fighting for starting spots.

“We have not accomplished anything yet. We’ve made some strides. I think our guys recognize that,” Vigen said. “We’re looking forward to working hard in the summer.”

MSU personnel were ecstatic to host limited fans for a football competition for the first time since the coronavirus pandemic began more than a year ago.