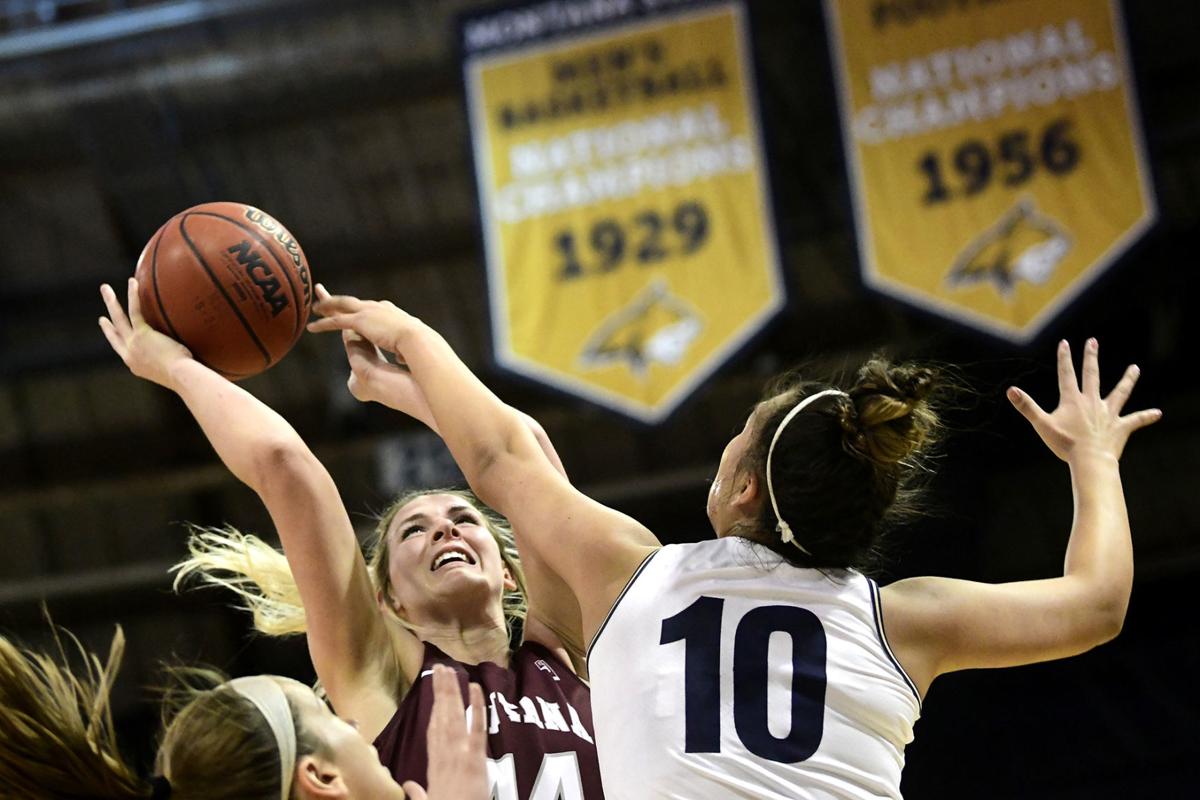 Montana's Emma Stockholm, middle, drives to the basket against Montana State's Kola Bad Bear, right, during their game at Worthington Arena in Bozeman on Saturday. The Bobcats defeated the Lady Griz, 92-78. 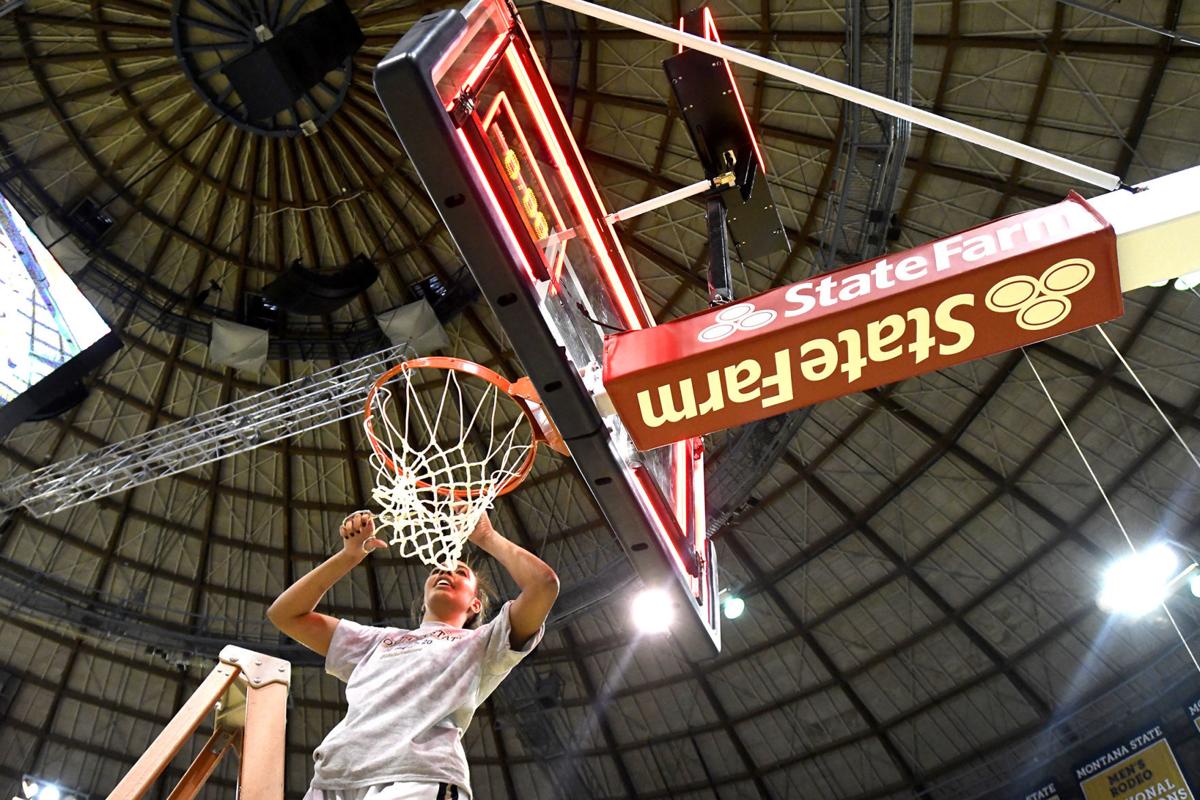 Montana State's Blaire Braxton cuts a piece of the net following the Bobcats victory over the Lady Griz. 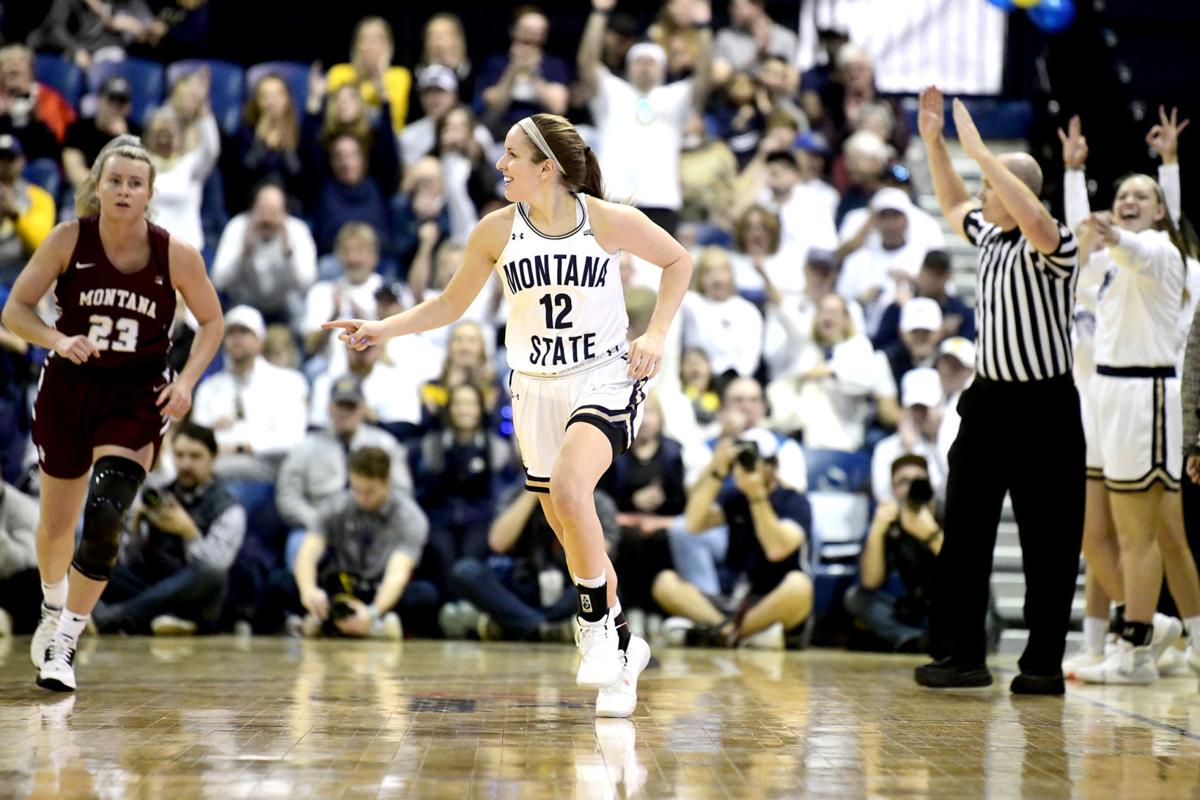 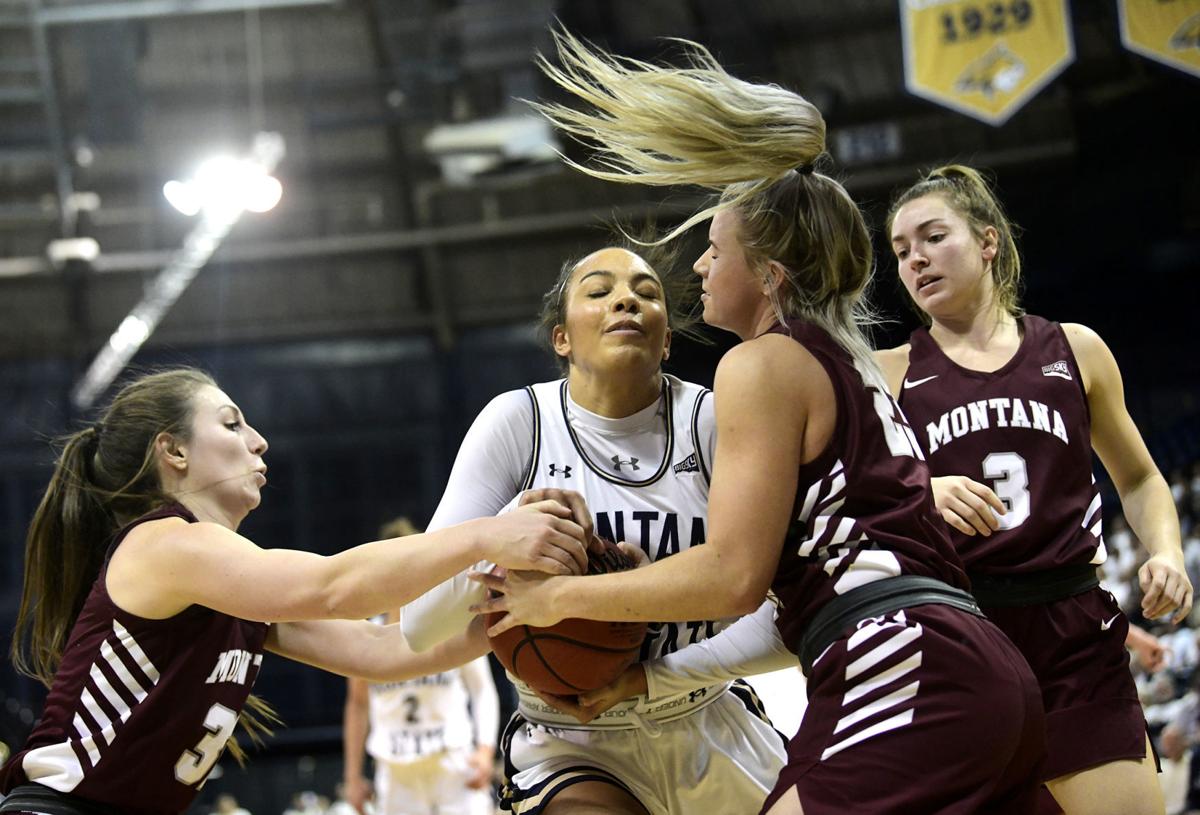 Montana's Emma Stockholm, middle, drives to the basket against Montana State's Kola Bad Bear, right, during their game at Worthington Arena in Bozeman on Saturday. The Bobcats defeated the Lady Griz, 92-78.

Montana State's Blaire Braxton cuts a piece of the net following the Bobcats victory over the Lady Griz.

BOZEMAN — While defense ruled the first game between the Montana and Montana State women’s basketball teams this season, it was the polar opposite the second time around.

Tori Martell hit four first-half 3-pointers as the Bobcats finished a regular-season sweep over Montana with a 92-78 win against the Lady Griz on Saturday afternoon at Worthington Arena.

‘We have a lot season left and this, we’re going to take this as a learning experience, just like we did the last game," senior forward Emma Stockholm said. "I think, if anything, we’re going to come out of this stronger and better and know what we need to work on.”

The Bobcats, who clinched a share of the regular-season Big Sky title with the victory, started the game blazing hot from behind the arc, hitting eight 3-pointers in the first half. Martell had three in the first quarter alone, including a deep, arching shot with less than five seconds to go in the period.

Montana had no answer for the Bobcats defensively, and it was not much better for the Lady Griz on the other side of the ball. Montana hit just 11 of 33 shots in the first half and did not make a 3-pointer until the Bobcats had already made eight.

“It’s always frustrating when you’re not scoring and other people are lighting it up, obviously. It takes a really good team and some mature individuals to fight through that … so, I felt like our girls fought,” Montana head coach Shannon Schweyen said. “I like the run we made even in the second half. We kept battling, it was just getting a stop on them that was tough to do.”

Montana did indeed end the first half on an 8-0 run and trailed 46-31 at the break, but were never able to mount a second-half run to threaten the Montana State lead.

The Bobcats added on another four 3-pointers in the second half and were able drive into the lane at will, a combination that proved potent.

Fallyn Freije led Montana State with 18 points. The standout transfer from North Dakota had a near double-double with eight rebounds in 25 minutes.

“We ran our actions and did not overthink it. The last couple weeks our kids have really been sharing the ball well and being more shot ready from the perimeter,” Montana State head coach Tricia Binford said. “Defensively, we had struggles all night, coming off the glass, but we were able to survive with our offense.”

Montana started to find its shooting stroke in the second half, but was never able to string together enough defensive stops to threaten the Montana State lead.

Stockholm had 16 points and seven rebounds to lead the Lady Griz.

“We were trying to run our sets, but they gave us different looks coming off screens and everything like that,” senior Montana guard McKenzie Johnston said. “We weren’t ready for some of it. We tried to slow it down but they kept speeding it up.”

“We’ve just got to take care of what we can do and try and get better every day,” Schweyen said “Hopefully at the end we’ve snuck in there and pull one out.”

Jeff Welsch: For Montana State, there's 'no better feeling' than beating Lady Griz and cutting down the nets

The Montana State women had plenty to celebrate Saturday: Beating the Lady Griz for the fourth straight time and cutting down the nets as Big Sky regular-season champions.