Montana State's Travis Jonsen runs with the ball against UAlbany in the second round of the FCS playoffs in December at Bobcat Stadium. 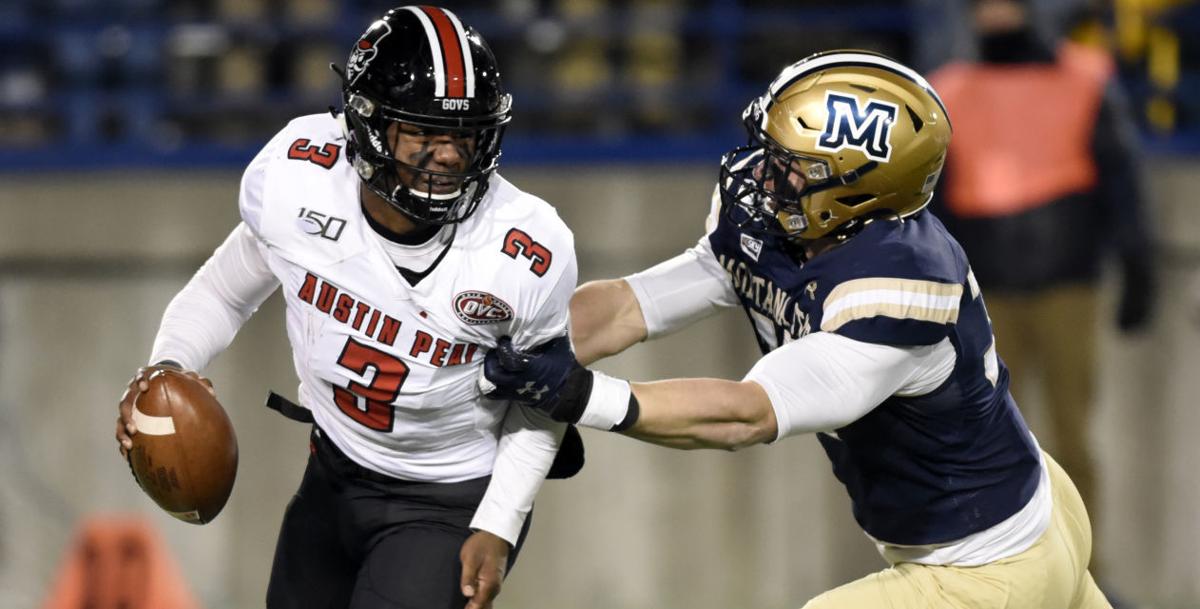 Montana State's Travis Jonsen runs with the ball against UAlbany in the second round of the FCS playoffs in December at Bobcat Stadium.

Hours after the conclusion of the NFL Draft on Saturday, Sterk told the Chronicle he signed with the Miami Dolphins while MSU announced Jonsen inked with the Tampa Bay Buccaneers as undrafted free agents.

No players from MSU or the Big Sky Conference were picked in the NFL Draft, though many quickly signed with teams afterward.

“To be able to have another opportunity to keep playing is the biggest thing for me,” Sterk told the Chronicle earlier this month.

Sterk, a defensive lineman with the Bobcats, will play tight end in Miami. The Dolphins didn’t draft any at that position while selecting three defensive ends. They have four tight ends on their roster. Mike Gesicki led the group with 51 catches, 570 yards and five touchdowns last year.

At 6-foot-4, 266 pounds, Sterk displayed the athleticism to play multiple positions in his All-American career with the Bobcats. He showed speed as a buck his junior season and the strength necessary to compete with offensive linemen when he lined up at defensive end as a senior.

In 2018, Sterk led the Big Sky during the regular season with 8.5 sacks and 17 tackles for loss at buck and tied for the FCS lead with 15 sacks last year.

“Whatever spot they see me playing at I can work with,” Sterk said.

Sterk, who transferred from Washington, lauded the Bobcats’ coaching staff for preparing him for a potential professional career.

Jonsen, another transfer, will compete for a roster spot in a loaded position group in Tampa Bay. The Buccaneers have 10 wide receivers rostered, including stars Mike Evans and Chris Godwin. Tampa Bay also loaded up its offense this offseason with legends like quarterback Tom Brady and tight end Rob Gronkowski.

Jonsen, at 6-foot-4, 211 pounds, began his college career as a quarterback at Oregon. He eventually transferred to MSU for the final two seasons. When he lost out in the Bobcats’ quarterback battle in 2018, he shifted to wide receiver.

He adapted quickly, however, and became a first-team all-Big Sky selection by his senior season while splitting time as a wildcat QB and a wideout. In 2019, he tied for the team lead with eight rushing touchdowns and was third on the squad with 526 yards on the ground with 6.4 yards per carry. He also caught and passed for one more touchdown each while ending up second on the Bobcats with 580 yards on 55 receptions.

He was selected as an alternate for the NFLPA Collegiate Bowl this offseason.

“Travis Jonsen I think is one of the better athletes in the (Big Sky),” Choate said during the 2019 season. “I think he's got elite speed.”

Snow on the ground not far behind him, Kevin Kassis dug his feet in, kept one hand planted to the turf and put his other behind him.