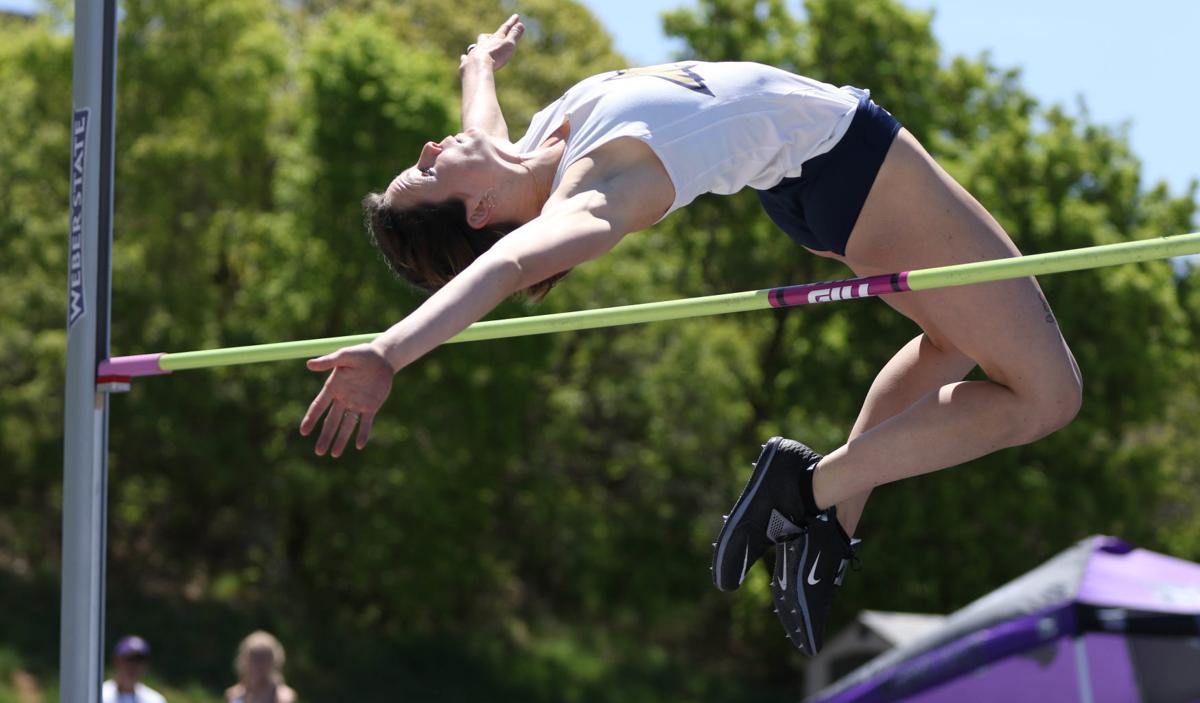 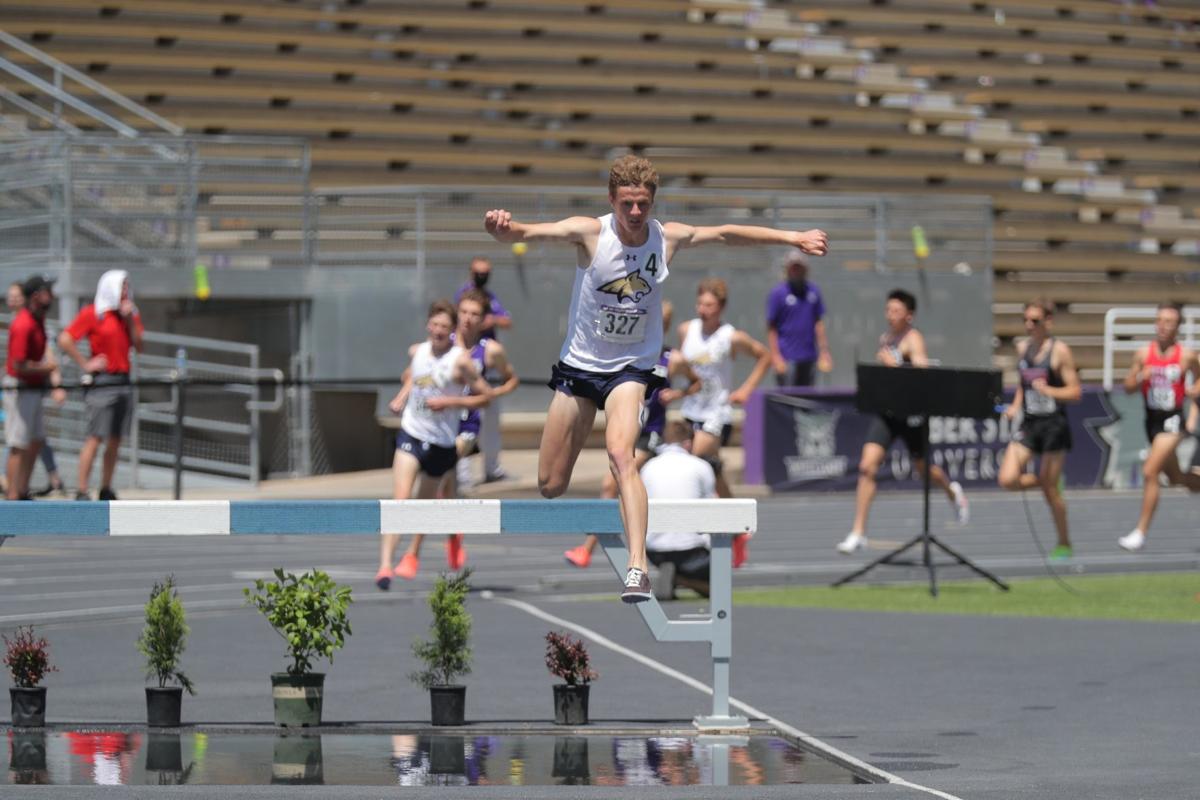 TOP: Duncan Hamilton earned his second consecutive conference title in the men’s 3,000-meter steeplechase this season. ABOVE: Lucy Corbett set a record mark of 6 feet at the Big Sky meet in mid-May.

TOP: Duncan Hamilton earned his second consecutive conference title in the men’s 3,000-meter steeplechase this season. ABOVE: Lucy Corbett set a record mark of 6 feet at the Big Sky meet in mid-May.

BOZEMAN — Fresh off their strong showings at the NCAA West Preliminary at the end of May, Montana State’s Lucy Corbett and Duncan Hamilton are both eager to continue their seasons at the NCAA Outdoor Championships this upcoming week in Eugene, Oregon.

Corbett, a sophomore, has set the women’s outdoor high jump record at MSU this season (6 feet), and she cleared 5-11.5 at the NCAA regional meet in College Station, Texas, advancing her to the championships. Hamilton, also a sophomore, had a personal record time of 8 minutes, 39.02 seconds in the 3,000-meter steeplechase in Texas. That time placed him second all-time at Montana State and fourth among NCAA Championship qualifiers.

Corbett and Hamilton, both Bozeman High graduates, know they’ll have to be at their best if they hope to meet the lofty goals they’ve set for themselves.

“I’m just really excited that I get to continue my season and hopefully be able to go out and compete well,” Corbett said. “It’s a cool opportunity.”

Corbett, the Big Sky Conference high jump champion, said she has been battling pain in her lower back — in her sacroiliac (SI) joint, specifically — all season, which has made it difficult for her to commit to jumping at certain meets.

Being more selective, she said, has helped ensure she is healthy for the meets that matter most. Corbett cleared all four of her heights at the regional on the first attempt, which lowered the impact on her back.

“It was nice to only have to take four jumps so that I would be more fresh for nationals,” she said.

The cautious approach has also extended to her training, where she rarely takes full reps of her jumps. Instead, she’ll focus on perfecting her approach and staying conditioned.

“I think with Lucy it’s important that we err on the side of doing too little as opposed to doing too much,” MSU head coach Lyle Weese said. “The most important thing is that she goes into those competitions healthy and feeling good.”

Weese said he has great confidence in Corbett’s abilities, in part, because she’s a very steady competitor. Her mental strength cannot be overstated.

“Pretty much every time she goes out there and competes, she gives her best efforts and her best representation of her ability because she’s so composed,” Weese said.

Although Montana State’s traveling party will arrive in Oregon on Tuesday this week, Corbett will have to wait until Saturday to jump. The women’s high jump final is scheduled to start at 3:30 p.m. MDT.

Hamilton, by comparison, will compete in the prelims of the steeplechase at 6:30 p.m. Wednesday. If he finishes in the top five of his heat, or has one of the two next fastest times among non-top five finishers, he would advance to the final at 6:24 p.m. Friday.

A two-time Big Sky steeplechase champion, Hamilton recalled the pace of the event at the NCAA regional and said he expects a similar atmosphere at nationals.

“It was definitely a different race from everything I’ve run this season,” he said. “Most of the season I was kind of out front so the plan (at regionals) was just to stick in that top group. It kind of slowed down a bit in the middle of the race, and then I went to the front. The biggest thing was just being ready for a fast last couple laps.”

Hamilton placed third overall at the regional, but his final lap was timed at 1:03.30. It was the fastest final 400 meters among steeplechase participants at either the west or east regional. That gives Weese — MSU’s record holder in the event — confidence that Hamilton is running his best at the most important time of the season.

“That was really exciting that he was able to finish the race like that,” Weese said. “I think the pacing at nationals is likely to be quick to start, probably stay a little faster in the middle, and he’s still going to have to finish fast to place up toward the front. I think he’s really prepared for that.”

Hamilton competed at both the NCAA Indoor Championships and the NCAA Cross Country Championships in the span of four days in March, so he has some experience with what sort of atmosphere to expect.

He is thrilled at the prospect of racing at the University of Oregon’s historic Hayward Field. He wants to soak in the experience but also not let it distract him from his aspirations of qualifying for the final, being named an all-American, placing in the top three and potentially earning an Olympic trials qualifying time.

“Instead of just being excited to be there I’ve got some bigger goals of where I want to be in the country,” he said. “I’m so excited to race in Hayward. That field just kind of generates an atmosphere, and I’m hoping it leads to some super fast times.”

Four athletes with Montana ties are advancing to the championships June 9-12.