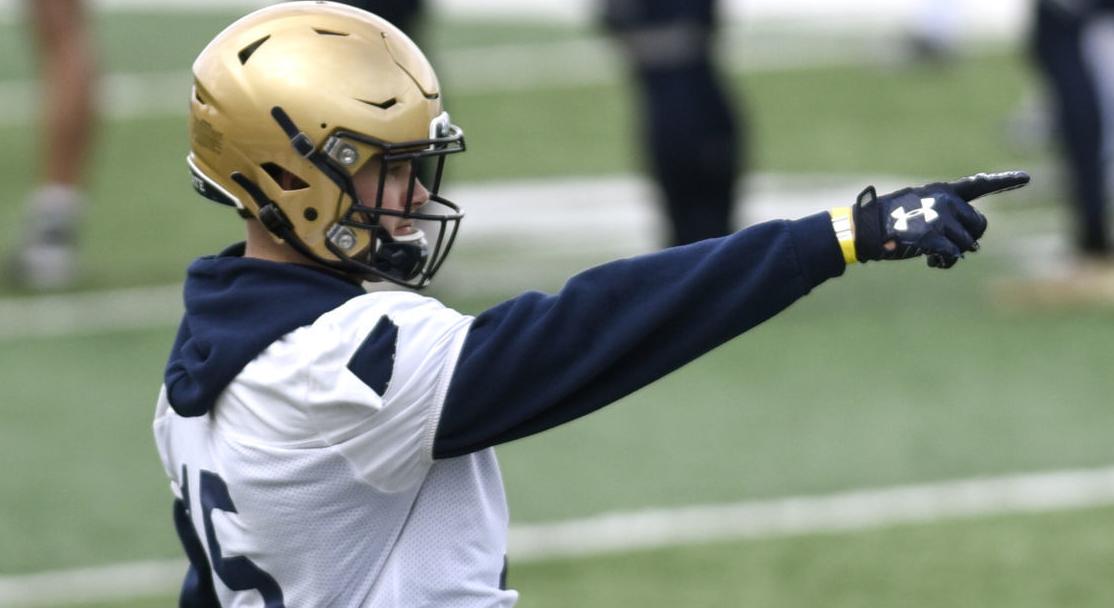 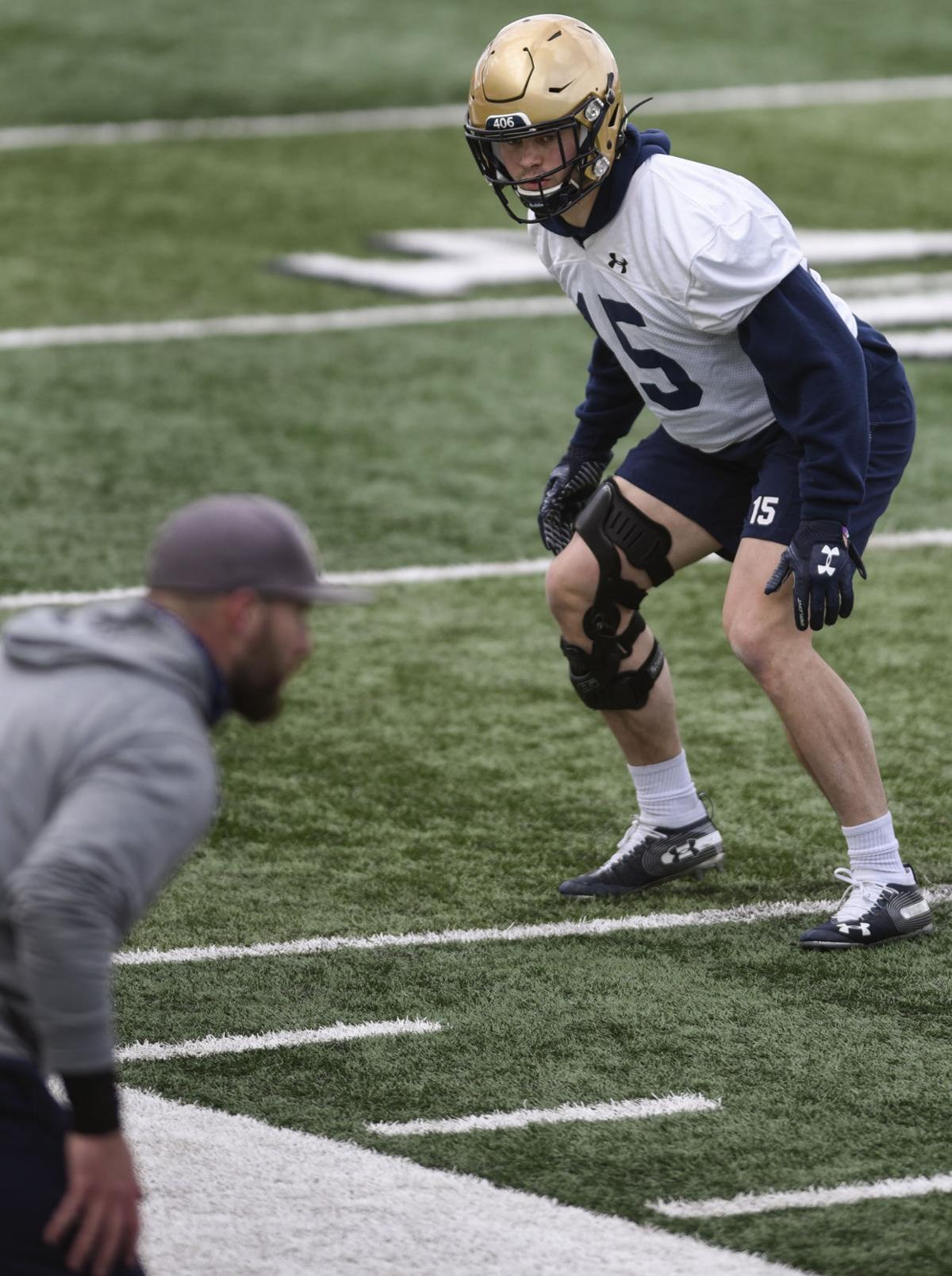 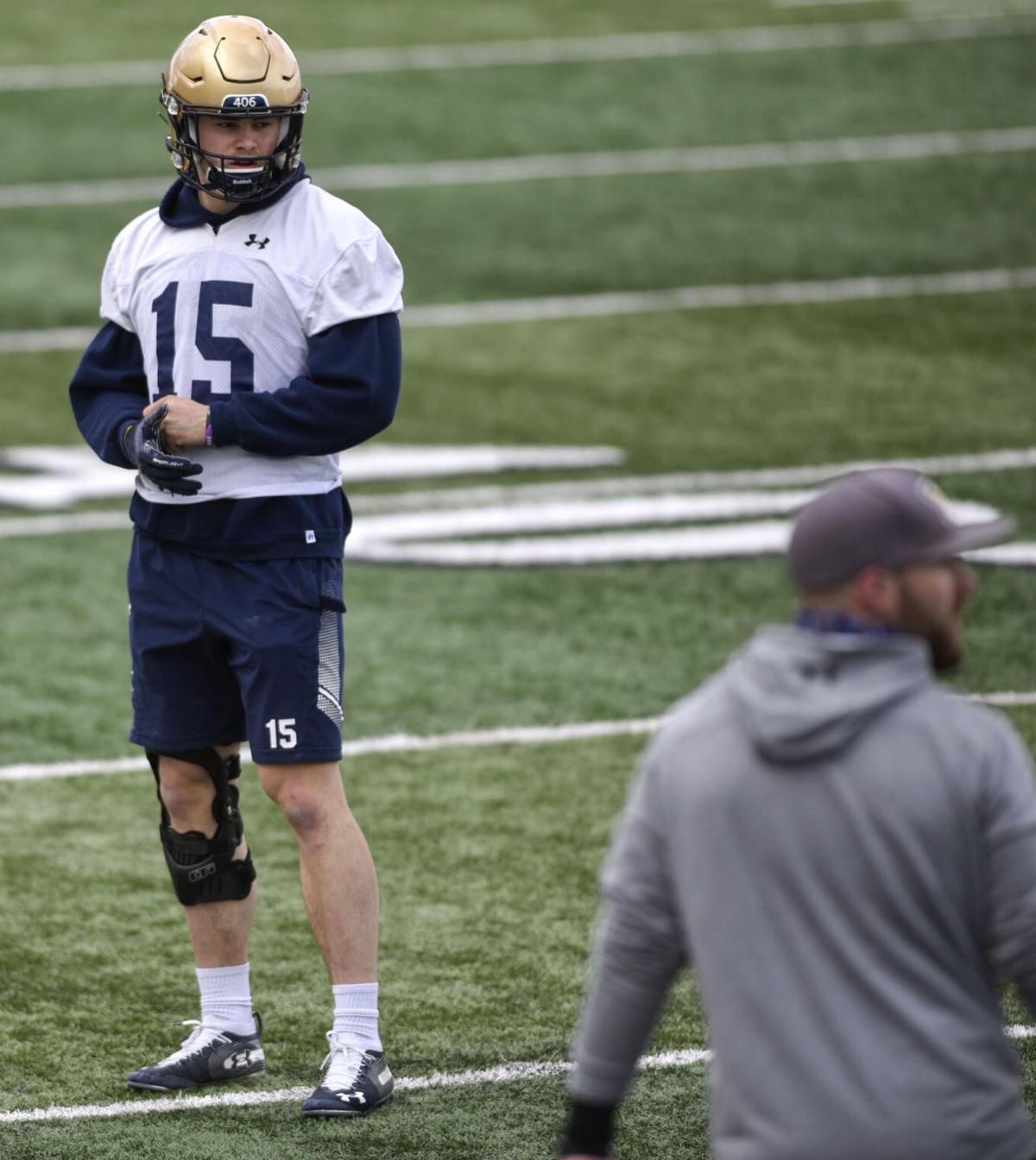 BOZEMAN — Since he arrived at Montana State, Troy Andersen has been willing to take whatever role his coaches asked of him.

In 2019, he was a weapon on both sides of the ball. However, Andersen was injured while on offense in the penultimate game of the regular season. This and his ensuing recovery would’ve prevented him from playing in 2020 if the Bobcats had played.

MSU linebackers coach Bobby Daly pointed out Andersen often refuses to be tackled easily. This leads to him enduring a brunt of hits.

“We all learned our lesson from that particular instance,” Daly said.

When Brent Vigen became the new Bobcats head coach, Daly shared his knowledge of Andersen’s situation. They all agreed: It was best for Andersen to focus on one side of the ball.

On Tuesday, Andersen — who Daly called “one of the best Bobcats of all time” — took the field at Bobcat Stadium with his teammates. Though he donned a knee brace, this was following more than a year of recovery.

Andersen, an all-American athlete as a junior in 2019, noted he’s still working through the final process of his rehabilitation from knee surgery he had a little less than a year ago.

The process getting to this point, he said, “was kind of a mess.” After he was injured, doctors told him he didn’t need surgery. He tried to simply let himself heal for two and a half months. But his knee still felt “weird and awkward.”

Andersen and his mom then tried traveling to Vail, Colorado, to meet with a specialist physician. But an avalanche temporarily closed the highway they were traveling on, so they returned to Bozeman.

Two weeks later, Andersen scheduled an appointment with a specialist in Minnesota, who said he would require surgery after all. Andersen intended to have the procedure done after MSU’s spring break in mid-March last year.

But that didn’t happen until later because of the coronavirus pandemic. Andersen had to wait before his desired clinic opened. So instead of early February, he had his surgery in early May.

“It was a little bit of a process,” Andersen said, “but I’m glad I got it done and I feel like it was done right.”

Andersen has taken his time to recover. He wants to ensure he’s ready for the fall, which means not over extending himself this spring and not taking part in too many full-contact drills.

Andersen has missed time before. He missed a few games early on during the 2018 season while he was playing quarterback due to a wrist injury.

He called the rehab process challenging and frustrating.

Vigen said Andersen is still a couple months from being completely cleared. The MSU coaches will continue to monitor the situation through the spring and allow him to become accustomed to the team’s new schemes.

Vigen believes it was in the best interest of MSU and Andersen for him “to get him locked into the defensive side of the football and get him healthy.”

Andersen hopes his emphasis on the defensive side of the ball will help him elevate his play as a linebacker. Daly noted Andersen could line up at either outside or inside linebacker.

Daly is “real fired up about” Andersen spending most of his snaps as a linebacker.

“I think you get stretched a little thin when you’re trying to do a lot of things,” Andersen said. He added he wants to “hone in on the fine details and hopefully get better at” playing linebacker.

Andersen, who was the Big Sky freshman of the year in 2017 primarily at running back and then a first-team all-Big Sky quarterback in 2018, said more time watching defensive film will allow him to pick up the Bobcats’ new defensive schemes quicker.

“At the end of the day, I want him to be consistent,” Daly said. “And he’s a smart guy, so I want him to have a full grasp of the defense and be able to play fast within it, and the rest of it will take care of itself.”

When asked about his plan after his college football career, Andersen didn’t look too far ahead. Though he’s been regarded as an NFL-caliber talent, he wasn’t thinking too much about that.

He will earn his college degree this spring. Then he’ll play in the fall, he hopes, fully healthy.

“It’s obvious,” Vigen said, “Troy has a chance to be very impactful and has been through his career at Montana State.”

Roars from Bobcat Stadium on a fall Saturday will be replaced by silence. The bustling in the parking lots won’t be the same. The final score will ultimately be inconsequential.

Professional hitter: MSUB slugger Daniel Cipriano about much more than the long ball