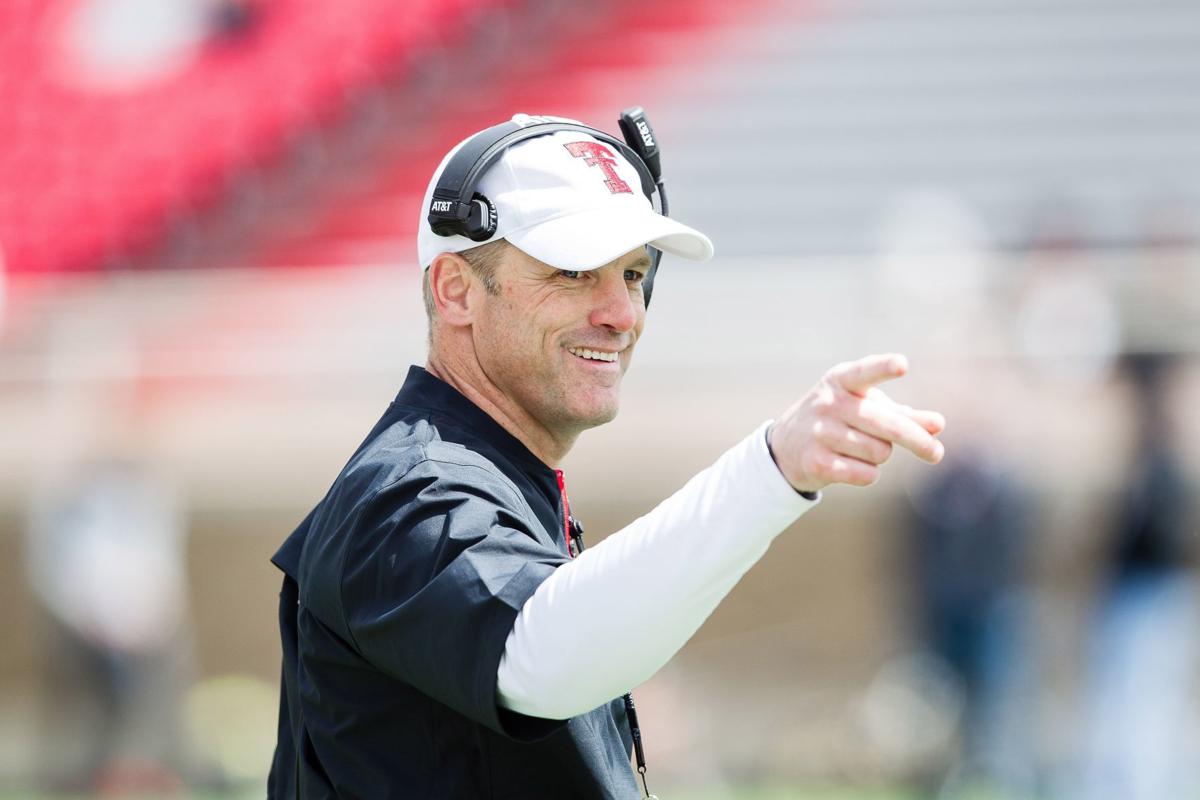 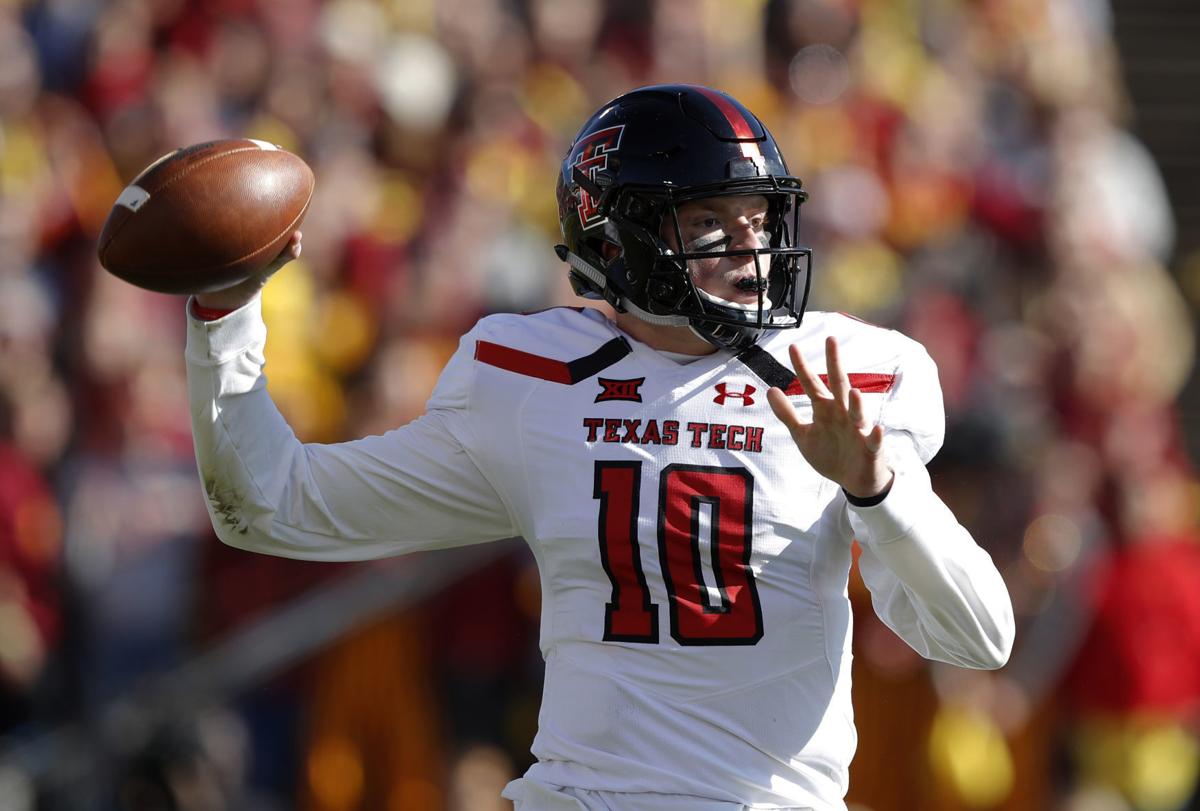 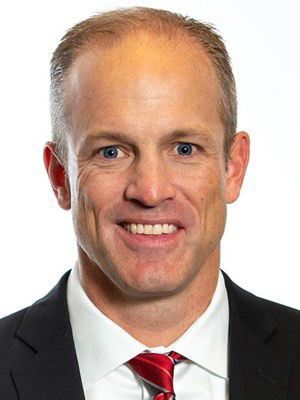 BOZEMAN — Jeff Choate said this week that Texas Tech made “an excellent choice” in hiring Matt Wells to be its new head football coach. If history is any indication, Wells will have the Red Raiders on solid footing in the Big 12 sooner rather than later.

Still, Choate hopes that ascent won't take effect right away as his Bobcats, ranked No. 14 in the STATS preseason FCS Top 25, get set to face Tech in Wells’ debut Saturday in Lubbock, Texas.

But Choate also knows MSU will have its hands full against a Power Five opponent playing in front 60,000-plus fans in what figures to be 100-plus degree temperatures atop the synthetic turf at Jones AT&T Stadium.

Making matters more difficult is the style of offense the Bobcats are up against with Wells and offensive coordinator/quarterbacks coach David Yost pulling the strings.

“They’re really similar to coach (Mike) Leach in what they do in the pass game at Washington State, but (Yost is) an up-tempo guy,” Choate said. “You’re going to see a ton of speed in terms of not just their skill athletes but also how fast they go.

“I know that’s one of the things that they try to do, run a lot of plays. They’re not overly complex in the run game or the pass game, but they execute at a really high level, and I think that they’re more balanced maybe than a Washington State team would be in terms of their run/pass percentage.”

Wells is taking over at Texas Tech for previous coach Kliff Kingsbury, who went 35-40 (.467) in six years leading the Red Raiders. Kingsbury is now the head coach of the NFL’s Arizona Cardinals.

Wells, by contrast, went 44-34 (.564) in six years at Utah State and was twice named Mountain West coach of the year. With Yost as his offensive coordinator the previous two seasons, the Aggies scored 50 points 10 times.

During a Big 12 coaches teleconference on Monday, Wells said he hopes the Red Raiders can put on a good show in his first game.

“You never get a second chance to make a first impression,” Wells said. “The program won’t be built or evaluated completely on Game 1, good or bad. It will be over a test of time. But I do think first impressions do go a long way.”

“New school, new stadium, obviously a nonconference game to open with but a new league for us to know and to compete with. So I think it’s more anxious because I believe we’re prepared for the opener.”

Bowman was having a big year in 2018 — he threw for 605 yards and five touchdowns in a game against Houston — before his season came to an end due to a collapsed lung. But Wells said Bowman is healthy again.

“I’ve been told there’s no reason for concern in terms of any repeat injuries,” Wells said. “I do recognize that it’s a unique injury (but) he’s 100 percent, he’s fully cleared and ready to go, and it’s been that way since we got here and we started the offseason program in January.”

Another player Montana State's defense must account for is 6-foot-6, 210-pound receiver T.J. Vasher, who has caught 13 touchdown passes in the past two seasons.

Regardless of some of the matchup problems the Red Raiders present, Wells said he’s cautious of the Bobcats.

“There’s a lot to prepare for in Game 1,” Wells said. “I wish we were playing them Game 3 so we would have a little body of evidence in terms of the schematics in what they’re going to do. But (Choate) is sharp and he’s got a good young staff."

Choate and Wells are familiar with one another. Both have coached in different spots in the western United States over the last several years. They went head to head when Wells’ Utah State team lost 31-17 at Washington in 2015, when Choate was the Huskies’ defensive line coach and special teams coordinator.

“You go back to coach Choate’s history. The success that they’re having at Montana State in turning that program around does not surprise me," Wells said. "The guy’s a solid ball coach, very well-versed on both sides of the ball.”

The game is scheduled to kick off at 2 p.m. Mountain time, and will be televised regionally on ROOT Sports.

'This is the year to win big': A look ahead to Montana State's 2019 season

BOZEMAN — Expectations have grown with each passing year of Jeff Choate’s tenure as coach at Montana State. Naturally, with this being Choate’…