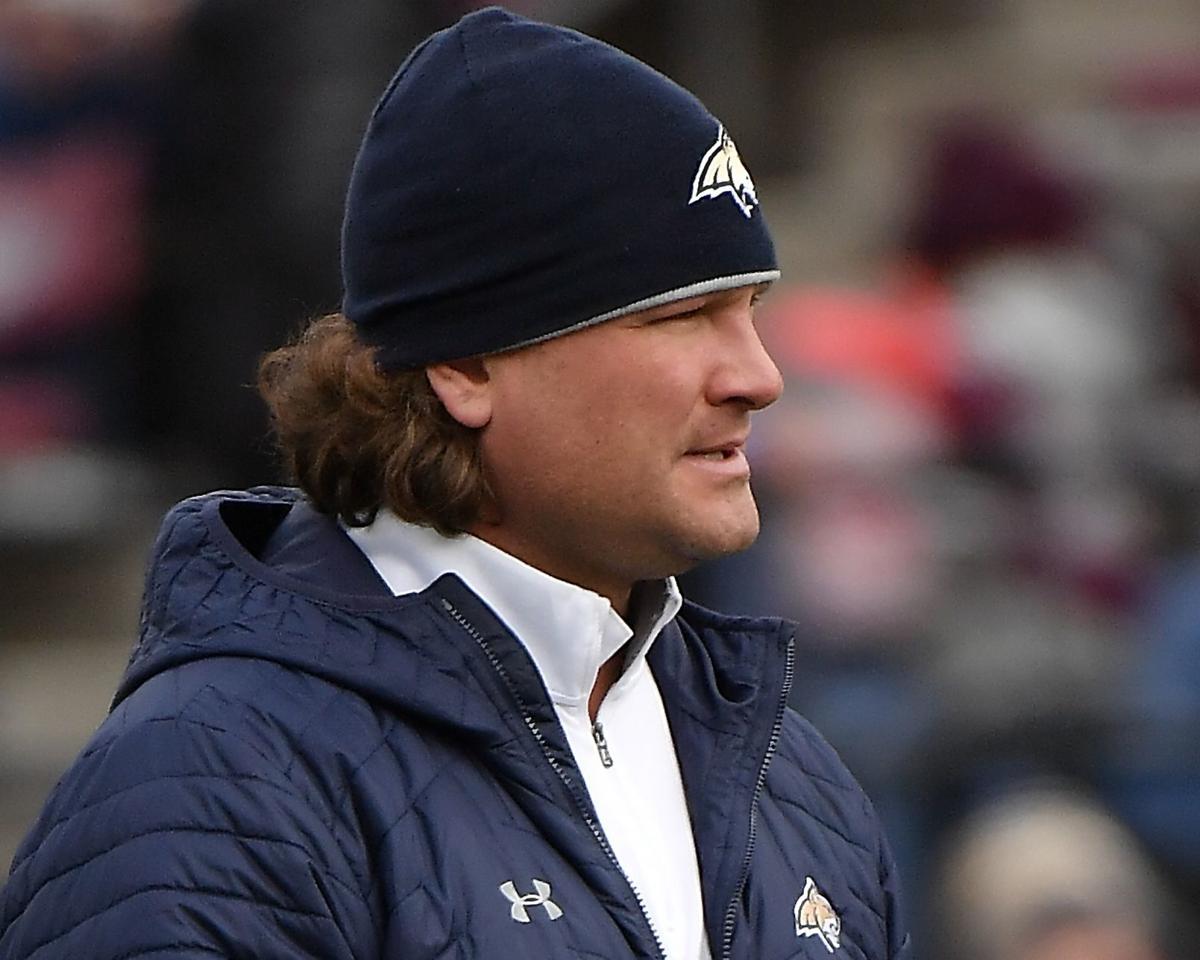 Three months following his dismissal as defensive coordinator at Montana State, Ty Gregorak is beginning a new life away from football as a sales representative for the Stryker Corporation. 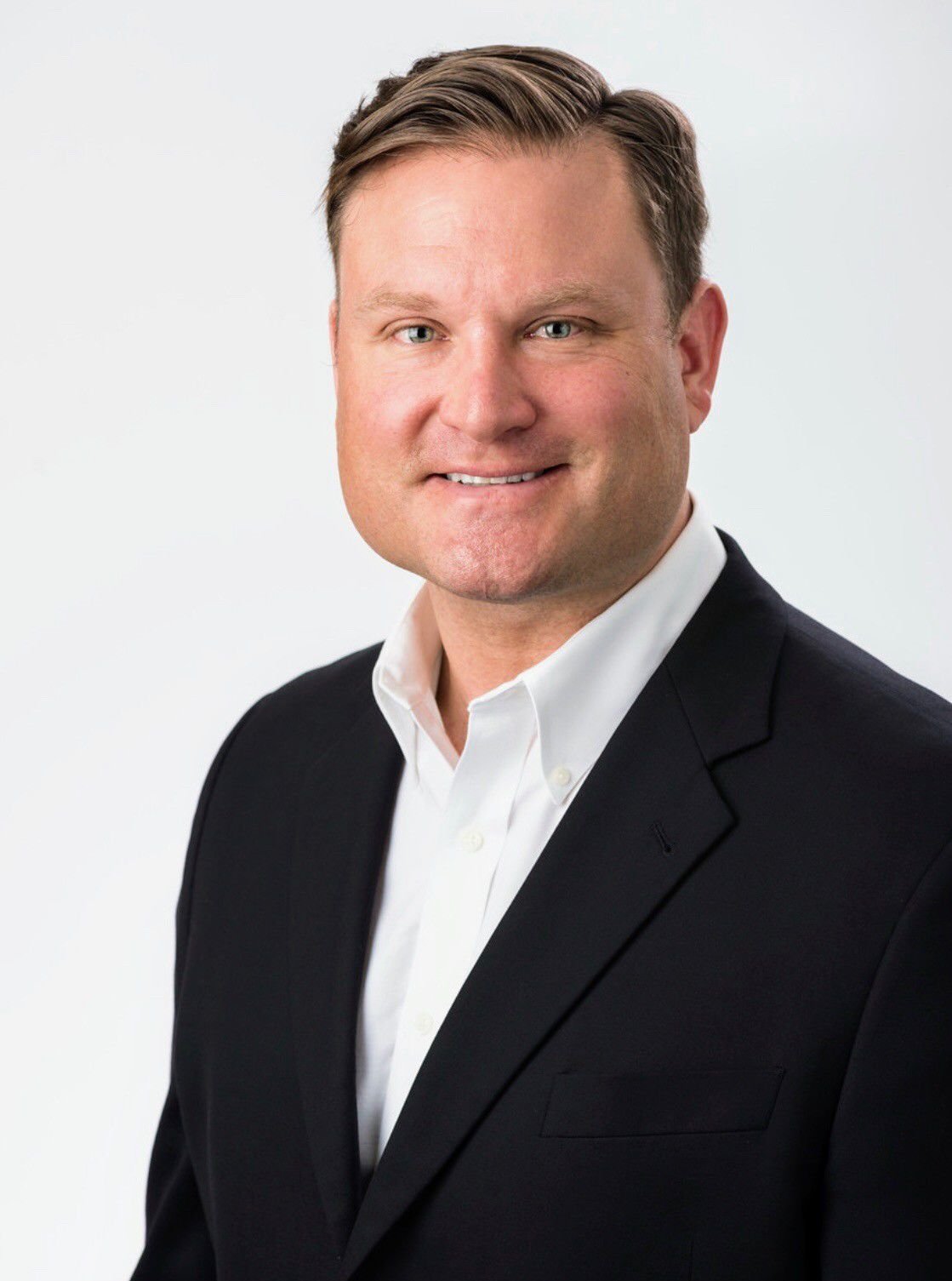 BOZEMAN — Ty Gregorak looks out the living room window from his new home in Flanders Mill and across the way can see the ongoing construction of the new Gallatin High School.

As developments pop up all around the area — welcome to Montana, all ye newcomers — the future is being built. But Gregorak puts it in a more meaningful perspective, and his family is at the forefront.

“If 15 years from now little Jax leaves that high school right there, if we’re still here, I have no problem with that at all,” Gregorak said Tuesday during an exclusive interview with 406mtsports.com.

Jax is the spry and inquisitive 3-year-old son of Gregorak and his wife, Kandice, and he’s been seeing a lot more of his father lately. So has 5-year-old Gabby, their smart and charming daughter, as well as 10-year-old Gage, a hockey-playing son from Gregorak’s previous marriage.

And that’s just fine by them.

This is the new life of a former football coach, one who’d been a fixture for so long in these parts during stints as an assistant at both Montana and Montana State, a run that spanned a decade and a half.

But Gregorak’s coaching career, as it was well-documented, came to a halt in early January after three years as MSU’s defensive coordinator. At age 40, he suddenly found himself at a crossroads.

Admittedly, Gregorak had already been thinking about the possibility of hanging up his whistle, though he was never quite sure when or how that would come about. But the idea of having dinner with his family regularly and reading bedtime stories to his kids became more appealing than early practices and late meetings.

Here's what's next: Gregorak recently accepted a job with the Stryker Corporation, a medical technologies company based in Kalamazoo, Michigan. Gregorak has been hired as a sales representative, supplying devices and equipment for interventional spine treatment to hospitals and medical facilities around Montana and northern Wyoming.

Still, it was difficult to flip the page from the only profession he’d ever known. Gregorak said he turned down other coaching opportunities for the chance to take up a new challenge and to live and raise his family in Montana.

“It’s definitely a life-changing thing and it’s been an interesting year, but I’m excited about it,” he said. “I’ve got a lot to learn. It is a little bit overwhelming. They throw so much at you.”

“We love Bozeman. This is a good place,” Gregorak said. “One of my biggest angsts as a football coach was that I never knew where I was going to get to raise my kids. I’ll miss the relationships and I’ll miss Saturdays. But we’re kind of calling the shots right now, which is kind of cool.”

The end at MSU

It was announced in an athletic department press release on Jan. 8 that Gregorak — along with defensive backs coach Mark Orphey, who later ended up at Utah State — had resigned from MSU to pursue other opportunities.

Gregorak said he and head coach Jeff Choate had a conversation five days prior during which Gregorak was given the option to resign or not have his contract renewed. It was, Gregorak said, largely a performance-based decision by Choate.

Under Gregorak, MSU’s defense improved vastly from what it was in the final two seasons of the Rob Ash era but never reached elite status whether due to personnel, injuries, youth or other circumstances.

One of Choate’s big defensive talking points this year has been the need to improve on third down. Gregorak acknowledged it’s an area in which the Bobcats struggled: Last year the Bobcats finished 10th in the Big Sky Conference in third-down defense.

“Jeff and I had a conversation, shook hands and parted ways on Thursday night, Jan. 3,” said Gregorak, who helped MSU go 8-5 with a playoff victory last year.

“Obviously, I wasn’t doing a good enough job. It is what it is. I’m a big boy. It’s a strange, weird reality of the job. It’s an interesting reality. It was hard because you’d like to go out on your own terms, but how often does that happen in real life?

“Hey listen: Jeff’s got a job to do. I honestly think that’s one of the toughest things, and I can’t speak for it because I never did it, but putting together a staff is a big thing. You’ve got 10 other dudes that have to work together really well. I hope it works well for them. I really do.”

Gregorak’s departure from the Bobcats didn’t come without innuendo and rumors not related to football. The talk was outrageous in nature and far-fetched in terms of believability.

Meanwhile, Gregorak declined comment beyond anything more than a general statement for more than three months, and the gossip hung in the air. What was true and what wasn't?

In this interview, Gregorak declared the speculation totally fabricated.

“Trust me. I heard everything,” Gregorak said. “We had some interesting calls saying, ‘Hey guys, just so you know, we just heard this …’ And we’re like, ‘Whoa. What?’

“It’s just too bad. It’s unfortunate. Both (Montana and MSU) fan bases are awesome in terms of our level of football. But it’s really unfortunate that people can get in front of a computer screen and type whatever they want to type anonymously.”

Gregorak said he was genuinely wounded.

“We just kind of circled the wagons around each other. You learn in a hurry who your real friends are.”

If there’s one regret Gregorak harbors from his life in football it’s that he never became a head coach. He was close at Montana Tech but ultimately lost out to Chuck Morrell, who has led the Orediggers since 2010.

Gregorak also said he would have enjoyed working with Troy Andersen as a linebacker because of Andersen’s pure talent and upside at that particular position.

Other than that, Gregorak steps away from the game having won far more times than he lost. Even in the Cat-Griz rivalry, having been on both sides, he won 12 out of 15 tries, including six of the seven times he was defensive coordinator.

It seems like a lot to walk away from, but Gregorak’s wife, Kandice (née Kelly, a former star volleyball player at both Roundup High School and MSU), has seen positive changes over the course of the past few months.

“I personally think it was a blessing in disguise,” said Kandice, who runs the Big Sky Volleyball club team and instructs two elective volleyball courses at MSU. “I don’t think he was as happy as I’ve seen him. I think it’s been a rough, stressful couple years.

“He’s amazing. He’s a hard worker. He could be good at anything. He’s amazing with relationships and with people.”

Gregorak’s next coaching assignment will probably be on the tee ball field, but he isn’t ruling out a return to the sideline someday. It’s just not in his future plans at the moment.

It’s funny. As a 24-year-old stepping onto the University of Montana campus for the first time as a member of Bobby Hauck’s initial staff with the Grizzlies in 2003, he would have never believed he’d end up on the Bobcats’ staff one day.

The point: No one’s future is written. But Gregorak likes the look of his as he takes this leap of faith.

“I think I did my best. I was good to the kids, I was good to their families,” he said. “I was in my early 30s (at Montana) when I was promoted to D-coordinator, and that was fun. You always want to make sure you’re doing a good job for a) your coaches around you but b) your players. You want them to feel good about a game plan.

“I think I was good at it. I won’t say I was the best at it. I think it’s one of those things, too, where you can get better over time. I feel like, especially here, it wasn’t perfect but I also think we did a good job.”

“I can’t not help but thank Jeff for bringing me here,” Gregorak said. “I really hope that they can take those eight wins and really build on it. I hope Bobby gets it turned around (at Montana) again, too. I wish those guys all the success in the world.”