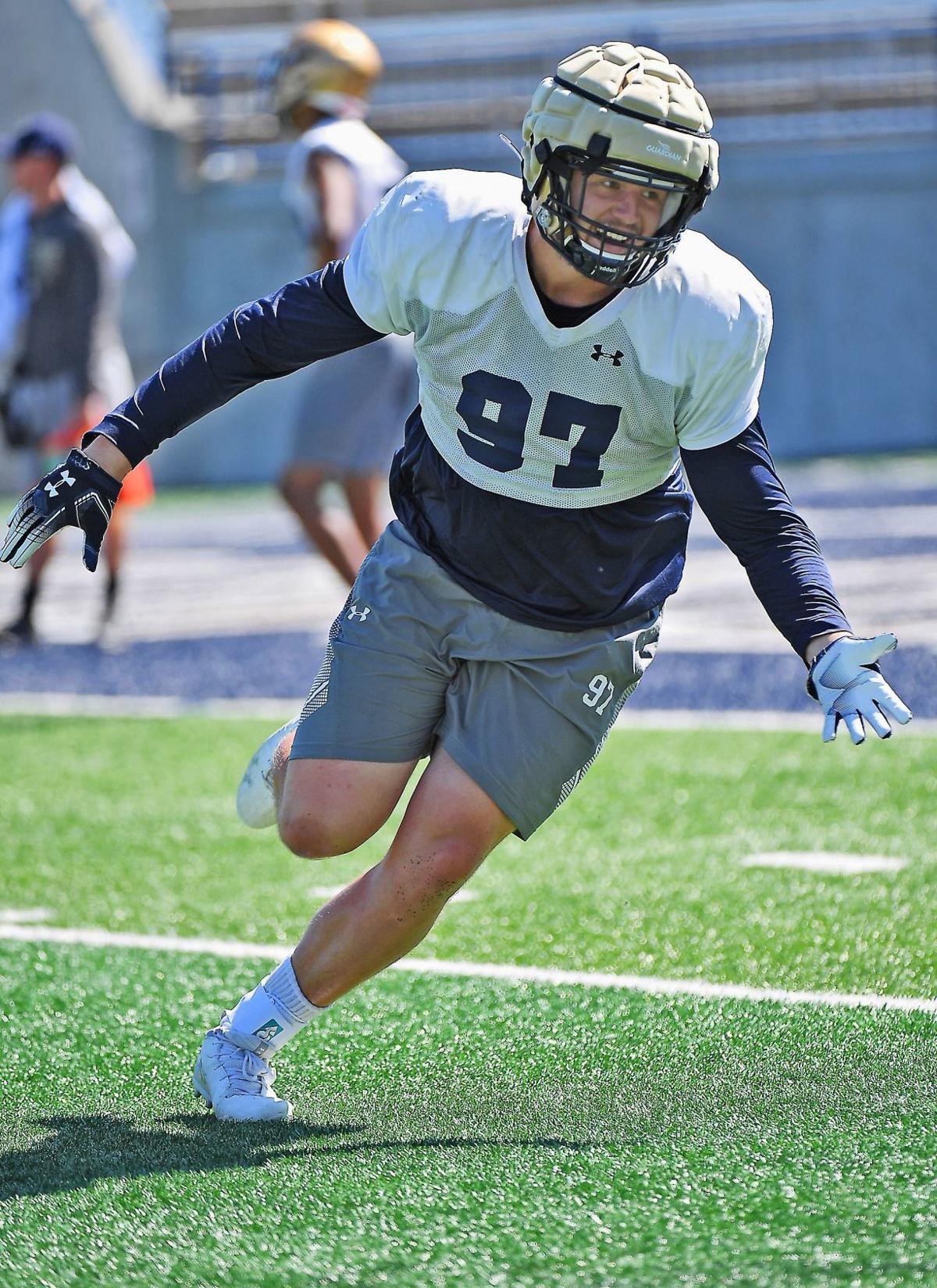 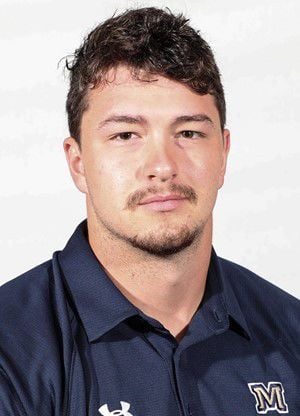 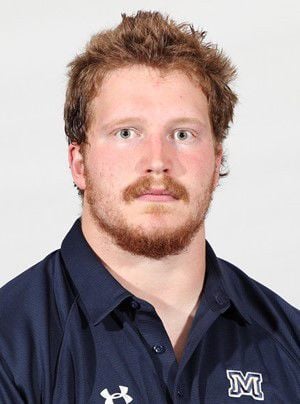 BOZEMAN — Day 5 of fall camp at Montana State saw the Bobcats in full pads for the first time with a focus on situational offense, especially short-yardage, red-zone and goal-line functions.

And though fourth-year coach Jeff Choate said the offense found some flow Tuesday after turning the ball over five times during various team periods on Monday, the conversation still turned to the other side of the ball — in particular the defensive line.

“One thing I will say is it's very difficult for us to move the ball short-yardage against our D-line,” Choate said. “I mean we have got some big dudes up front, and they are good players.

“It's well-documented. We've got depth."

It's interesting, too, when you consider what Montana State lost from that position group: End Tyrone Fa’anono and nose Tucker Yates were both second-team All-Big Sky Conference selections last year, and Zach Wright was so much more than just a throw-in at tackle. They combined for 150 tackles (22.5 for loss) and 7.5 sacks in 2018.

But all three were seniors, and they took their production and leadership qualities with them out the door when they left.

The defensive line (which also lost the 300-plus pound James Williams) was probably the Bobcats’ strongest position group across the board last year. In spite of the departures, it again looks like a position of strength.

But just how productive can this retooled group be?

“I believe this D-line is going to be really impressive,” senior Bryce Sterk said early in fall camp. “And we can continue to get better.”

A transfer from the University of Washington before last season, Sterk (6-5, 260) established himself as one of the best edge defenders in the Big Sky while racking up 8.5 sacks and 17 tackles for loss. Now he’s making a position switch from the hybrid Buck position to defensive end.

Amandré Williams (6-2, 248) recently joined the Bobcats from Washington — there’s a theme here — and will take over for Sterk at Buck. Grad transfer Jason Scrempos, another ex-Husky who stands tall at 6-foot-6 and pushes 300 pounds, bolsters things in the middle at nose.

That’s not to mention Chase Benson (6-4, 280) and Derek Marks (6-2, 250), who have already proven themselves difficult to move in the interior of the line. Marcus Ferriter (6-4, 260) is another veteran with experience at the end position.

Fourth-year coach Jeff Choate has expressed high hopes for this group despite what it lost.

“I don’t know that you can really equate how you’re going to be able to replace the leadership that Tyrone and Zach and Tucker gave us, but I really credit a lot of where the bar has been set to those three men,” Choate said.

“They just worked hard and took a lot of pride in that unit, and you can see guys like Derek Marks and Bryce Sterk that are stepping into those leadership roles. And we have a lot of talent there.”

At defensive end, Sterk will now focus on playing a more traditional role rather than pinning his ears back to chase the quarterback or dropping back into coverage. He’ll now be asked to help set the edge against the run while contending with both offensive tackles and guards.

But he’ll still hunt QBs with the help of Williams at Buck on the other side. It’s a move that was made to maximize the full potential of the front seven, and Choate said Sterk has worked to become a more fluid pass rusher where last year he relied more on athleticism.

Scrempos, meanwhile, seems like the X-factor due to his imposing size and upside.

And because MSU employs a defense that is stylistically a near carbon-copy of what the Huskies run, Scrempos is making a smooth transition. The difference, Choate noted, is his chance to make a tangible impact on the field.

“The biggest thing for Jason is the opportunity that he’s now going to have to take reps with the 1s,” said Choate, who was Scrempos’ position coach at Washington in 2015. “That’s probably the thing that maybe held him back a little bit at the University of Washington.

“Now with him having the ability to get more reps against good competition, I think that’s really going to help him push his game forward.”

“There’s a lot of similarities between the two programs,” Scrempos said of Montana State and Washington. “I think that’s a big reason why I came here. I just think we’re going to be a great group.”

With this being Choate’s fourth season as coach at MSU, the depth that he and his staff have been trying to build is finally starting to show. And this season may provide some of the younger linemen a chance to make their mark.

Choate said his hope is that junior college transfer Tyson Regimbal (6-3, 248) — who has three years to play two — will participate in no more than four games this season to keep his redshirt intact.

BOZEMAN — The left tackle position has been a treasure trove of talent through the years at Montana State.