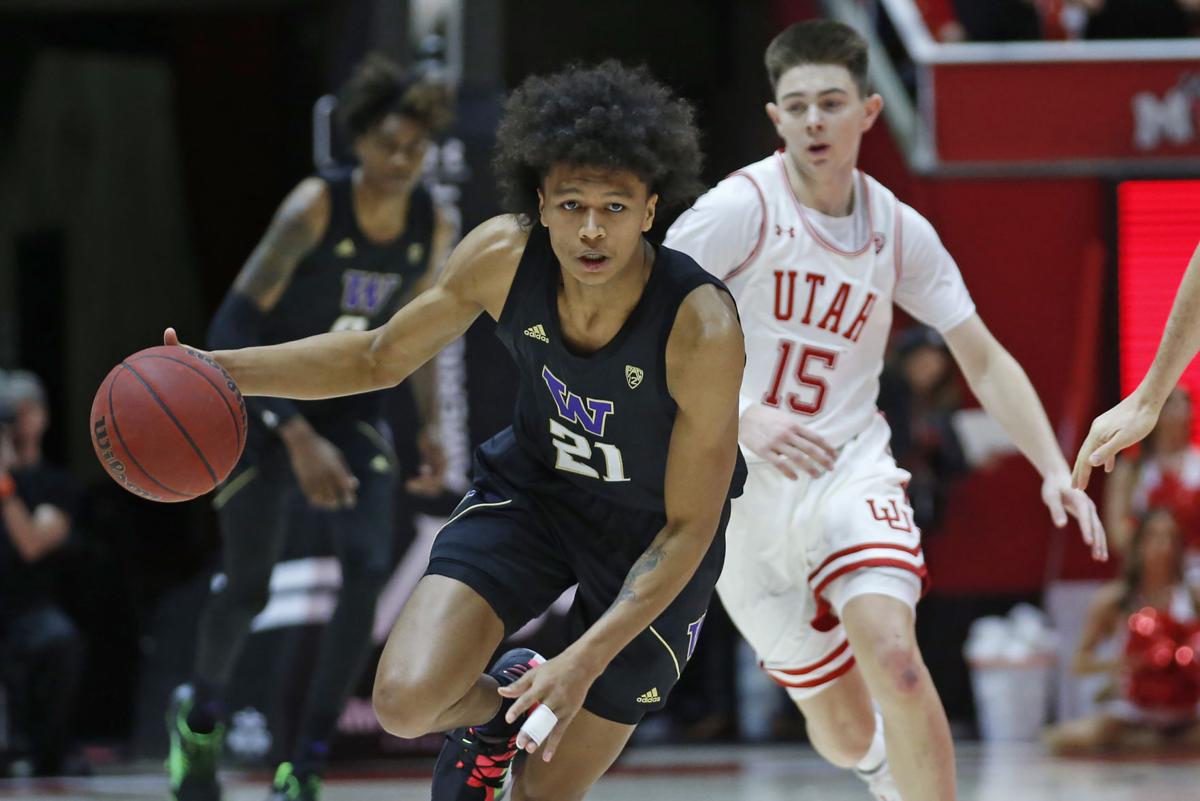 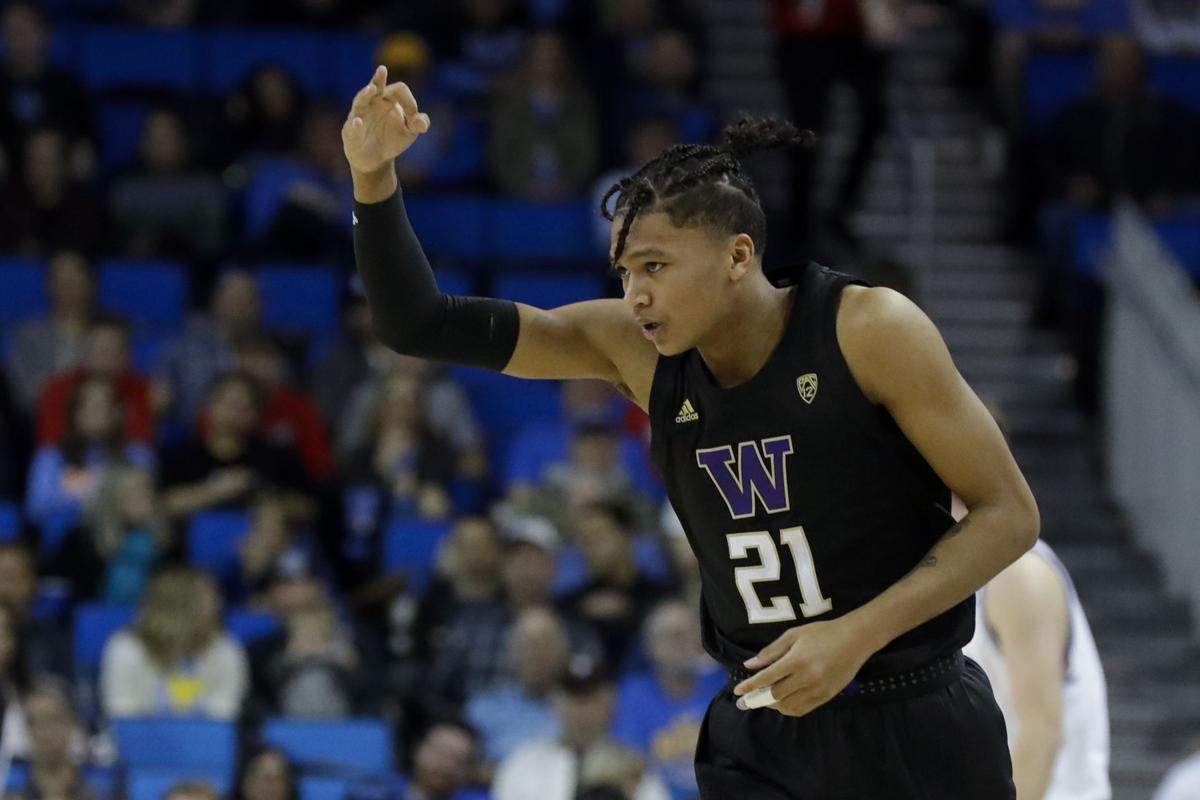 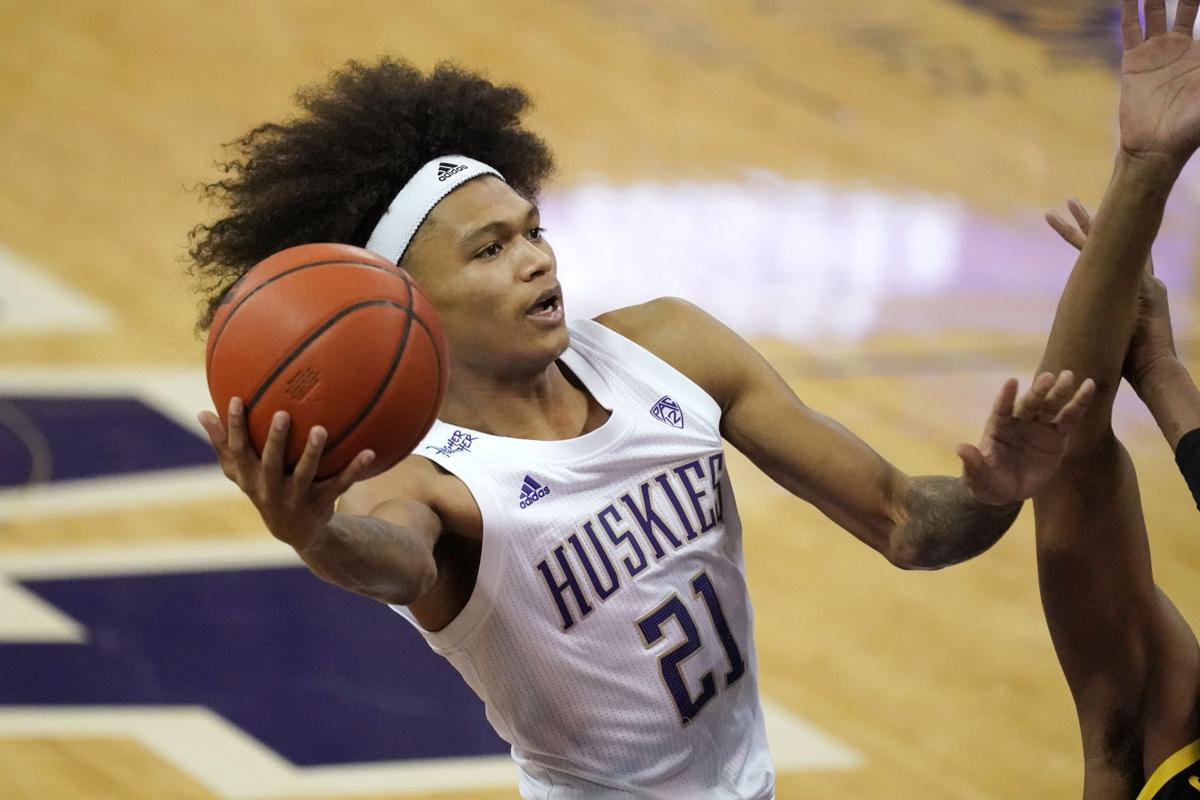 BOZEMAN — When RaeQuan Battle first arrived at the University of Washington, he was billed as a sharpshooting 3-point specialist.

He said he earned that distinction through his play with Seattle Rotary on the AAU circuit, where he altered his game to space the floor instead of challenging bigger players at the rim. With the Huskies, Battle landed in a program that wanted to keep him as a shooter.

Make no mistake, he can shoot. But after growing up on the Tulalip Reservation about 40 miles north of Seattle and excelling with a high-tempo style of play, Battle rarely felt comfortable with the role.

In two seasons at UW, Battle averaged 4.7 points per game and shot 30.1% from the field and 24.4% from 3-point range. Then he entered the transfer portal in March. He went searching for a program with a philosophy he could be more successful in.

He eventually connected with Montana State head coach Danny Sprinkle and assistant Dan Russell. Battle said they “hit a home run” with their pitch to him. He announced his commitment on April 11.

“I wanted to be part of a program that if everything goes south our walls are still standing,” Battle said.

He said he also received strong interest from UNLV and fellow Big Sky teams Idaho State and Weber State. Battle will arrive at MSU with three years of eligibility — an extra year because of the COVID-19 pandemic.

“When it came time to finally choose a school, I had to think of where I could strive and where my team could strive at the same time,” Battle said. “Montana State fits my game a lot better.”

“He’s got to come here and be humble and continue to work. He sounds like he is,” Sprinkle said. “Everything he talked about was the team and what we have to do to win a championship. That really went a long way with me and what he’s looking for. I think he’ll be a great fit. He has elite talent.”

Battle was ranked No. 70 in the country by Rivals and No. 91 by ESPN in the class of 2019 coming out of Marysville-Pilchuck High School. He left as the school’s all-time leading scorer with 1,667 points.

Battle estimates he averaged three or four 3-pointers a game as a senior to go with two or three dunks. He shifted his game slightly in AAU play, in part, because the lane was more clogged with taller players.

He also needed to prove to college recruiters he could be what they needed at the next level.

At times with Washington, he found spots to shine. He recorded 19 points with four 3-pointers against Oregon on Dec. 12 and 14 points in 15 minutes against Arizona on Jan. 30, 2020.

But his minutes and his role fluctuated. Battle said he would be lighting up practices with outside shots, dunks and drives into the lane. During games, “they kind of used me for one thing, and that was shooting,” he said.

Battle takes pride in his ability to score at every level.

“Growing up playing in Indian tournaments and in regular tournaments out here, I drove to the hoop. I would pump-fake, one-dribble pull-up and I got to the rim a lot. I was kind of an and-one guy,” he said. “And I played a lot inside. Catch it in the post, turn around and shoot. My midrange is not broken. My midrange is nice.”

Battle said he liked how close MSU was to a Big Sky championship last season. He believes he can fit in well with MSU’s returning players, specifically 6-9 forward Jubrile Belo, who he hypothesized would be a deadly ball screen partner.

“I’m thinking every day I can’t wait to step on the floor with those dudes and just really go to war,” he said. “They were so close. I know they’re hungry.”

Battle added he’s grateful for the emotional support Sprinkle promised as a tenet of the MSU program. He said he sometimes doubted whether he wanted to play basketball still after his two seasons at UW, and the transfer portal process didn’t help.

He recalled coaches from big programs who recruited him out of high school and said he should get back in touch if he ever changed his mind. Once he entered the transfer portal, he reached out to a couple and didn’t receive as much as a message back.

“This process, I loved it, but it hurt a lot,” Battle said. “It really opens your eyes to how business-like this game is.”

In Sprinkle, Battle said he found a coach who offered a genuine relationship on and off the floor.

“He’s a great man,” Battle said. “When I talked to him, he kind of hit everything on the head. He’s going to be there for me. That’s all I really wanted.

Despite the incongruous fit at UW, Battle said it was difficult to leave. But, ultimately, he wanted to keep playing basketball so he could put himself in a position to return to the Tulalip Reservation as a force for good.

He’s seen unfathomable loss as a result of suicide and drug and alcohol addiction. He wants to study anthropology so he can better understand indigenous cultures around the world and start to make a difference where he grew up. He hopes to run basketball camps and make resources more available on the reservation.

“I want to start giving back to the community,” he said.

To make that future a reality for himself, he needed basketball. He needed to keep pushing himself.

“It’s not too common for people like me to really get to this level and just keep going. That’s what drove me,” Battle said. “I thought, ‘If I really want to strive and be who I say I want to be, I’m going to have to go somewhere else.’”

Battle was a top-100 recruit when he signed with Washington.