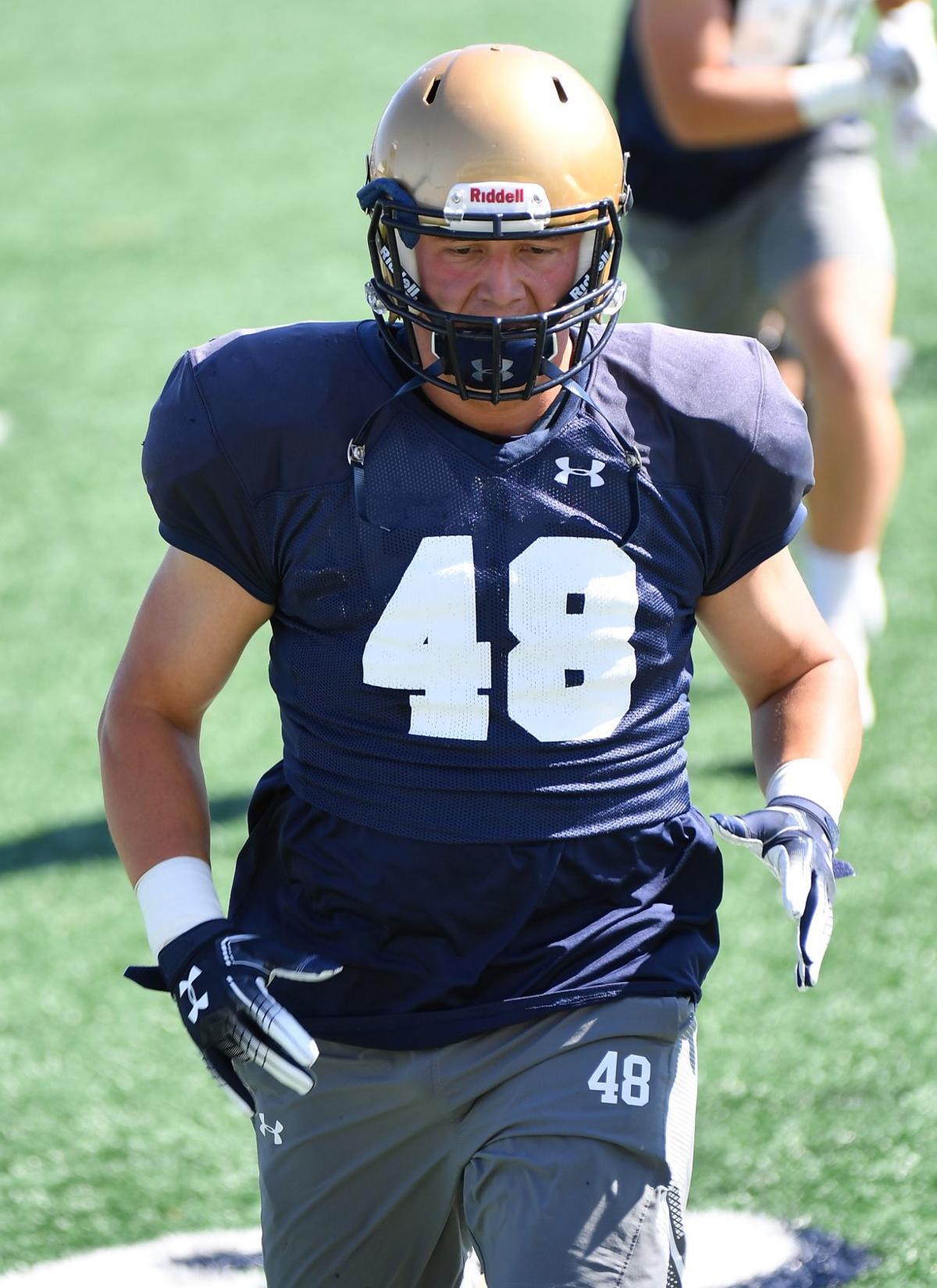 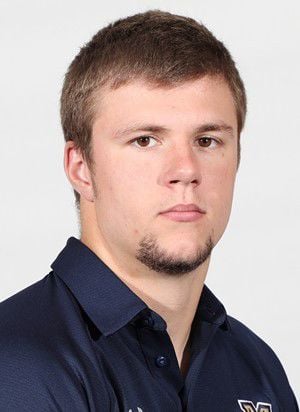 BOZEMAN — Junior tight end Ryan Davis is the latest in a line of siblings to matriculate from Billings Skyview High School to Montana State. Notable on that list is older brother Leo, who was a standout right tackle as the Bobcats became playoff regulars in the early part of this decade under previous coach Rob Ash.

But Ryan Davis is carving out his own path with the Bobcats, and now has an important role as part of a reworked tight end group looking to help diversify Montana State’s offense.

Davis, coming off a strong spring, was listed No. 1 at tight end on MSU’s summer depth chart and has been competing in fall camp with the likes of junior Jacob Hadley, true freshman Ryan Lonergan, redshirt freshmen Derryk Snell and Treyton Pickering, sophomore Jarrett Kessler and others.

It’s a group that’s under a relatively bright spotlight following the graduations of three seniors from last year’s team: Connor Sullivan, Curtis Amos and Wilson Brott. That trio, Amos in particular, thrived especially as blockers as the offense churned up yards on the ground.

Blocking is an unknown commodity for the current group — as is pass-catching — but Choate indicated that the offense can get creative in certain situations by using an unbalanced line, or by bringing in defensive players like Derek Marks or Amandre Williams or Bryce Sterk to clear holes.

If nothing else, Davis and Co. hope to continue the legacy established by Sullivan, Amos and Brott.

Under offensive coordinator Matt Miller, the tight ends figure to play a prominent if not more versatile role. Davis, who is listed at 6-foot-3 and 250 pounds, played mostly defense in high school but is now being called on to raise his game in all facets as he continues to make the transition from high school standout to Division I contributor.

“The playbook. I’d never heard of one of those,” Davis said when asked about his biggest adjustment. “Playing at Skyview up on the hill, you just line up and the technique was kick the guy’s butt in front of you.

“It was pretty simple, pretty cut and dried. I never really played much offense at Skyview. That was a pretty big transition.”

Hadley’s story is somewhat similar in that the tight end spot is new to him, though he did excel as a wideout while at Billings Central. It’s his fourth position as a member of the Bobcats after playing safety, then the ‘Buck’ edge defender position and later outside linebacker.

It’s a move that was facilitated to take advantage of his 6-6, 230-pound frame and create favorable matchups. Hadley also hopes to stay healthy for a full season, which is something that’s eluded him thus far.

“I’m long, I can stretch the field quite a bit, I can go up and make catches … I think there’s a lot of possibilities,” he added.

Choate concurred, saying, “Jacob’s a guy that I think has some really good ball skills and can be a matchup problem for people.”

There’s a plenty of intrigue surrounding Lonergan (6-4, 220), who starred at Bozeman High School and has been one of the team’s best looking true freshmen in camp. Will he contribute right away?

Lonergan’s size and athleticism are his best attributes, and head coach Jeff Choate noted his potential when he signed with the Bobcats in December, calling Lonergan the best prospect of any in-state recruit from the 2019 class.

“To me, he’s a Mountain West guy,” Choate said. “I think guys missed on him because of his skill set and his size potential. He doesn’t look like a freshman running around out there. He looks more like a sophomore-type of kid. Kind of what I thought we’d get out of him.”

With the departure of assistant Josh Taufalele, MSU’s tight ends are headed up by a new position coach, Nate Potter.

Potter was an All-American offensive lineman at Boise State in 2011, and went on to play two seasons in the NFL with the Arizona Cardinals. Potter came to MSU in the offseason from the College of Idaho, where he served as offensive line coach.

“He’s just a really smart guy,” Choate said of Potter. “Simplicity is the ultimate in terms of your ability to compartmentalize things, and I think he’s got an ability to do that that’s very natural. He’s got a very calm demeanor, too.”

MSU's tight ends haven't provided a dynamic pass-catching threat since Beau Sandland had a team-high nine touchdown receptions in 2015, but the coaches are optimistic.

“It’s going to be fun to see how that thing comes together," Choate said.