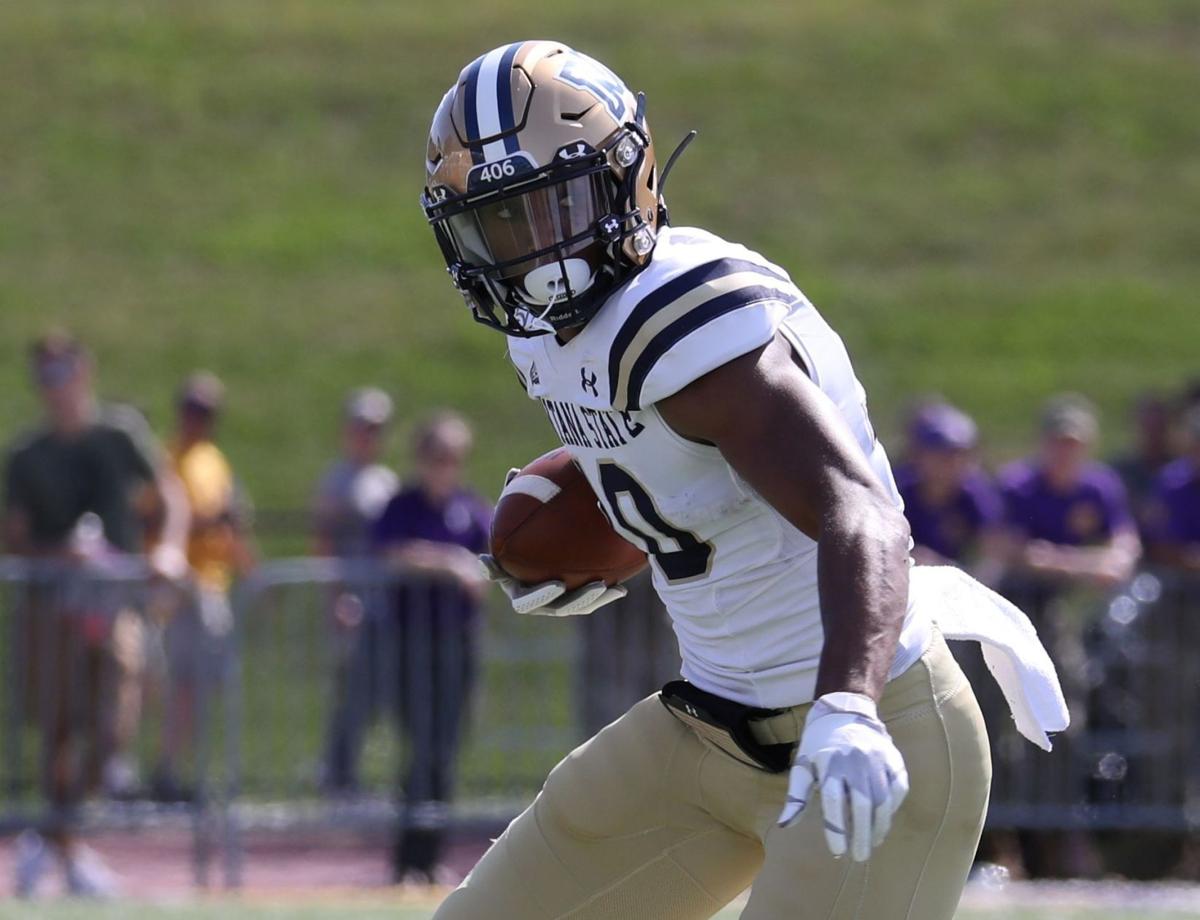 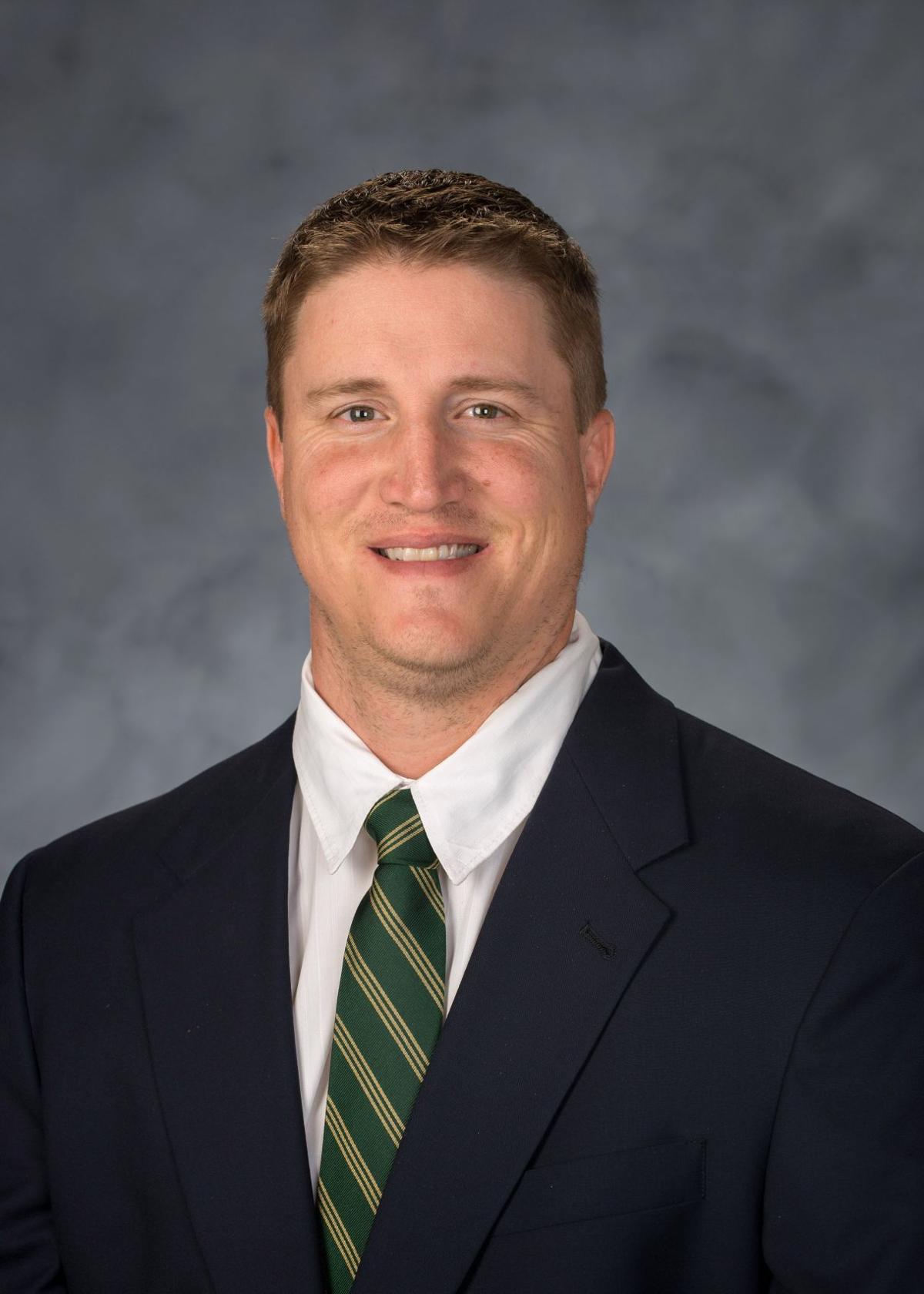 BOZEMAN — When asked to compare what his offense is now with what he envisioned it would be before the season started, Montana State coach Jeff Choate spoke about his larger football philosophy.

“I don’t know that I envisioned anything,” Choate told reporters Monday during his weekly news conference. “My job is to make sure that we can do what we need to do to win. I’d love to say, ‘Hey, we’re going to put Tom Brady back there and let him pick a defense apart.’”

“I envision Ws,” he continued. “And if that’s 3-0, 2-0, I don’t care. I know fans love to see explosive offense and all that kind of stuff. That’s sexy, and I get it. And I think that we have the ability to be explosive. But I think at the end of the day, in overtime, give the ball to No. 10 (Travis Jonsen) and let him run three plays and score and put an end to it.

Choate was alluding to last week's 34-28 overtime win at Cal Poly, as the Bobcats again utilized receiver Jonsen as a wildcat quarterback. Jonsen carried the ball three straight times in OT, including the 9-yard game-winner. He has rushed for 250 yards and four scores in the past three weeks.

When you break it down, the Bobcats' offense is this year what it's always been in Choate’s four-year tenure — a run-first, run-often unit with the ability to win games in the second half (or beyond) on the strength of a veteran line and physical blocking up front.

One stat provided by MSU doesn’t lie: The Bobcats have rushed the ball 63% of the time in their last eight games (dating back to 2018), which equates to 327 of their last 519 offensive snaps.

Montana State is the No. 1 rushing team in the Big Sky Conference through six weeks this year (264.7 ypg) and hasn’t had to rely too much on its passing game with quarterback Tucker Rovig or anyone else.

The No. 6-ranked Bobcats are averaging 5.8 yards per carry and have scored a league-high 20 touchdowns so far on the ground.

With an array of different formations, motions, sweeps, tempos and just about anything else you can think of, six different MSU players have rushed for 100 or more yards in a game.

Thompson, a linebacker at Montana from 1999-03, said Montana State is playing to its strengths.

“If you don’t stop something they just keep doing it. And they do it very well,” Thompson said. “They’ve been able to run the football since coach Choate got there. They always find a way to do that, and that puts them in the best possible situations to win.

“They do such a good job of adjusting their tempos. They’ll go fast sometimes and then it will be more deliberate, and they have tight-end sets and receivers going in motion … it’s very complex as far as all the things it does to defenders’ eyes.”

Jonsen began to establish himself as an effective runner out of the wildcat formation last season, but he already has 267 rushing yards this year, nearly 70 more yards than he did in all of 2018.

Part of that is due to the fact that Troy Andersen is no longer the primary quarterback, but it’s also a function of Jonsen’s ability to execute at a high level, seemingly even when teams know what’s coming.

But Jonsen is more than just a runner. In the past five games, Jonsen rushed for 267 yards and four touchdowns while catching 22 passes for 229 yards. He ranks second on the team in those categories.

“Great athlete. He’s playing really hard,” Thompson said. “He’s very patient in the way he lets the line block for him. He’s got great vision on when to cut back when the defense is over-pursuing. Just putting that with his athletic ability, I would be very surprised if he didn’t get a chance to play at the next level.”

The Bobcats’ blocking schemes have paved the way for Jonsen and others such as Logan Jones, Shane Perry, Lane Sumner and (when not hobbled or focusing strictly on defense) Isaiah Ifanse and Andersen.

The way the Bobcats have been blocking, they haven’t seen a need to stray too much from what works.

Aside from MSU's offensive line, fullback R.J. Fitzgerald and tight ends Ryan Davis and Derryk Snell in particular are blocking with abandon, which stands out to Thompson.

“It seems like they’ve recruited kids up front on their offensive line that are big kids that are physical. But the thing is that they have very impressive tight ends that block very well,” Thompson said. “I think that’s always the thing when you play Montana State, is their tight ends are always good blockers that do a lot of things that make them very multiple compared to other teams, especially in the Big Sky.

“When you run the football No. 1 in the conference, it takes more than just the five guys on the line. It’s the whole unit.”

The Bobcats and Hornets are scheduled to kick off Saturday at 2 p.m. The game, which serves as MSU’s homecoming, will be televised by ABC/Fox Montana and by SWX in the Billings area.

BOZEMAN — Callahan O’Reilly laid flat on his back on the turf at Jones AT&T Stadium in Lubbock, Texas, the victim of a ferocious and illeg…