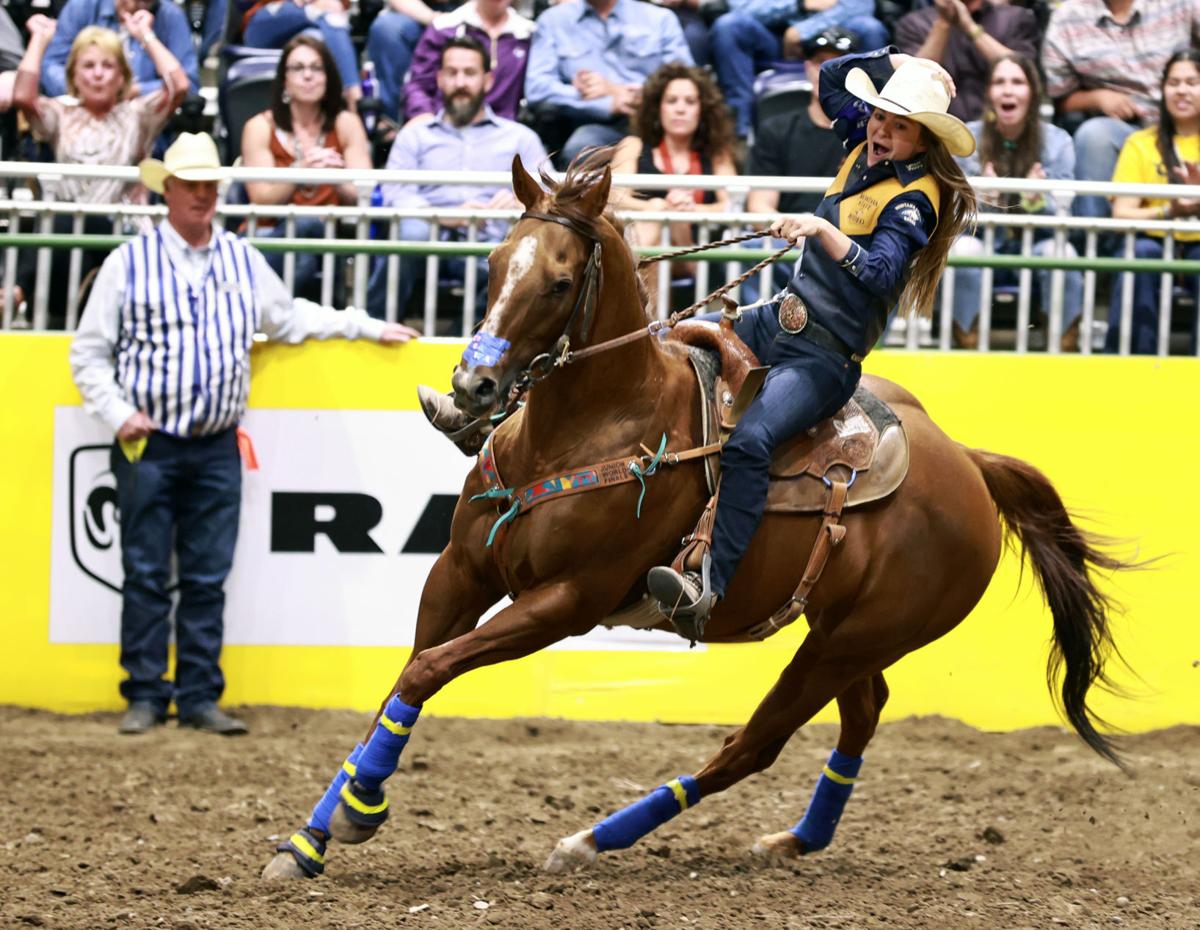 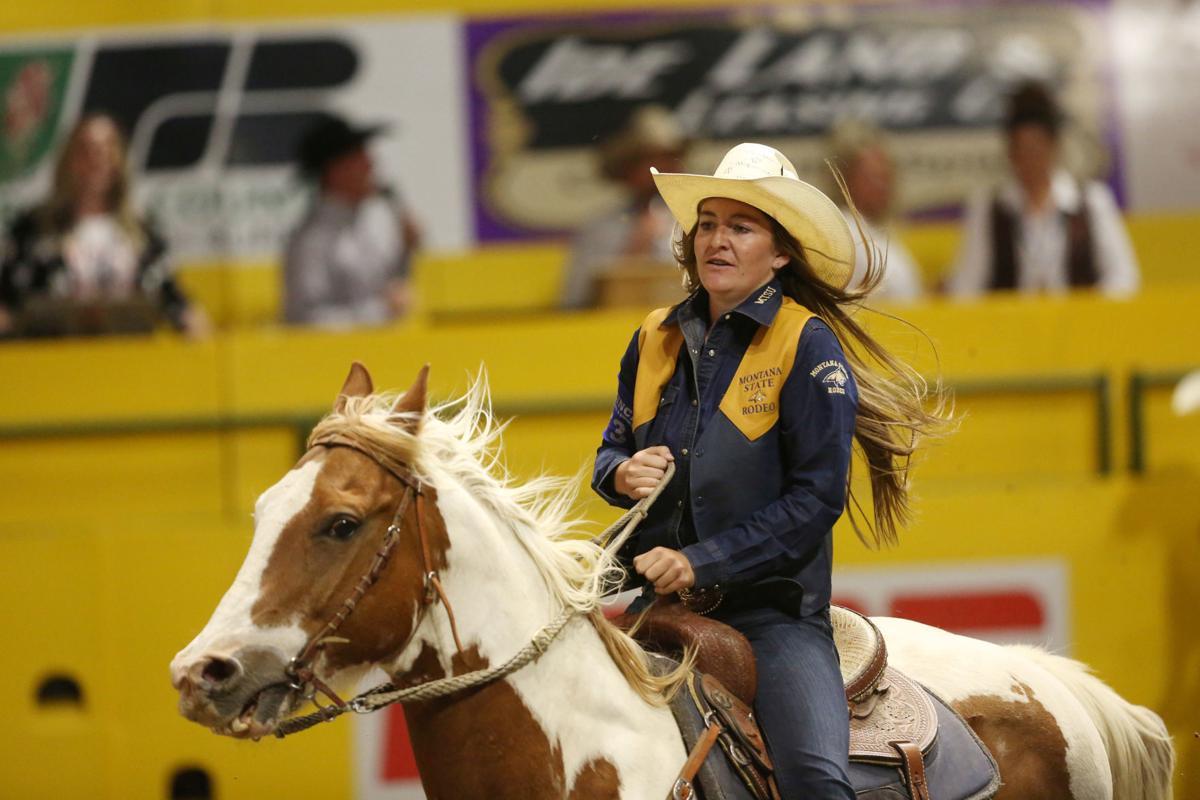 Moeykens had her best night of the week, fashioning a time of 13.99 in the short go — the fastest time of the week for any barrel racer — to pass three opponents and win by .29 over freshman Jaylie Matthews of East Mississippi State Community College. Moeykens, who earned Women's Rookie of the Year honors, scored 360 points for the event as the Bobcats won their first championship since 2011 and third overall (1986).

Bobcat sophomore Shai McDonald of Gardiner wound up fourth in barrel racing after a time of 14.21. McDonald would've padded MSU's final score by 145 points, but she was not among the top four competitors the Bobcats decided to have scored entering the week.

MSU sophomore Paige Rasmussen of Belgrade, who went into the final night of the goat-tying competition in first place, appeared to have a national title wrapped up as well when she clocked a time of 6.3. But her goat refused to stay tied and Rasmussen was disqualified, dropping her to 12th. She earned 180 team points during the week; teammate Lindsey Pulsipher of Oakley, Idaho, was 13th.

Cochise's Jill Donnelly had the only sub-7-second run of the night among the top six in the average to win the national championship in barrel racing.

The MSU men finished 11th with 415 points and Montana Western was 22nd with 180. Clarendon College of Texas took the title with 890 points.

In her first year of college rodeo, Moeykens was ranked third in the country entering the CNFR after winning the Big Sky Region barrel racing title.

Also Saturday, MSU tie-down roper Caleb Berquist of LaCrosse, Washington, dropped to second for the event after a time of 18.1, his first above nine seconds. He dropped behind Macon Murphy of Panola Junior College, who won by 5.2 seconds with his 9.8.

Fellow tie-down roper Levi Delamarter, a junior from Longview, Washington, had a no score Saturday and finished eighth.

Despite falling short in his bid to become the program's first national champion in tie-down roping, Berguist nevertheless becomes the second to finish runner-up. Casey Currey also was "reserve champion" in 2006.

Montana Western steer wrestler Bryce Harrison of Condon, Oregon, finished a big week by earning a time of 4.6 in the short go to finish third nationally. He had a 29.2 average for the week and registered 120 points for the Bulldogs.

Also in steer wrestling, MSU junior Cody Faulkner of Gooding, Idaho, was ninth after a time of 11.5 in the short go for an average of 47.0. He did not earn any team points.

Caleb Berquist is poised to make history for the Montana State men's rodeo team at the College National Finals Rodeo on Saturday.