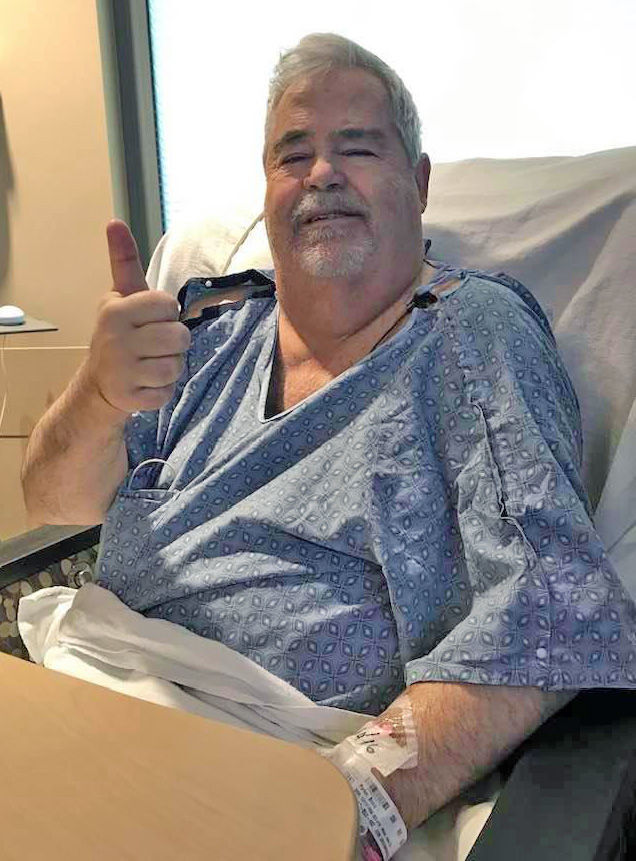 Former Carroll College and Rocky Mountain College athletic director Bruce Parker gives a thumbs up on the evening of his kidney transplant at the Mayo Clinic in Scottsdale, Arizona. Parker had been waiting nearly three years for a transplant. 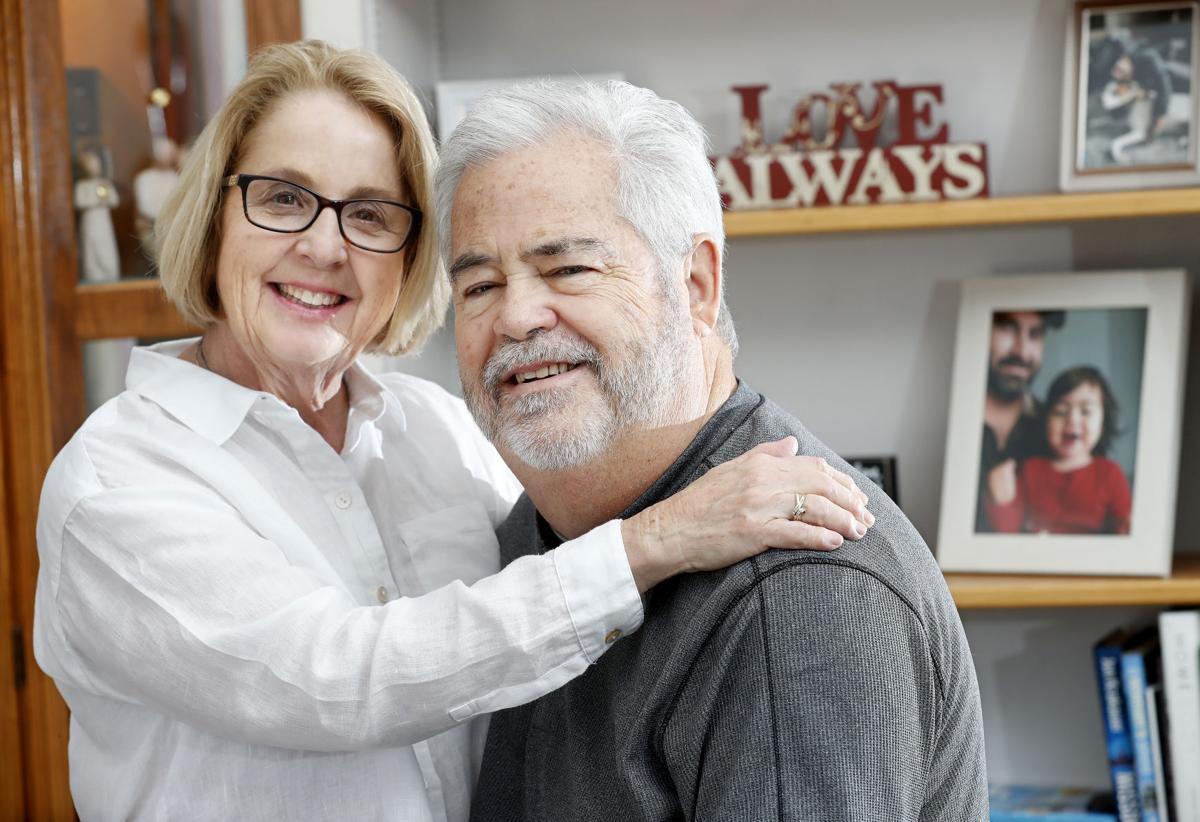 Bruce Parker and his wife, Lisa, at their home in west Billings in January.

Former Carroll College and Rocky Mountain College athletic director Bruce Parker gives a thumbs up on the evening of his kidney transplant at the Mayo Clinic in Scottsdale, Arizona. Parker had been waiting nearly three years for a transplant.

Bruce Parker and his wife, Lisa, at their home in west Billings in January.

BOZEMAN — When the phone rang in the Parker home in west Billings at 5:15 a.m. Oct. 16, Bruce leaned over in bed toward his wife, Lisa, and muttered, “Who in the hell is calling this early?”

Lisa picked up the phone and heard a vaguely familiar female voice. The caller identified herself as a nurse from the Mayo Clinic in Scottsdale, Arizona, by chance the same woman who’d called at about the same time 10 months ago to tell the Parkers a new kidney was finally, after three l-o-n-g years, in cold storage with Bruce's name on it.

Alas, at the time the longtime and highly decorated athletic director — first as an associate at Montana State, and then as head honcho at Carroll College and Rocky Mountain College — was battling pneumonia and ineligible to accept his new lease on life.

This time? All systems go.

“I’m so excited,” the nurse said, “to tell you we have another kidney for you.”

Some 10 hours later, after a race to the Billings airport and a two-hour commercial flight to Mesa, Parker was in a room at the Mayo Clinic, a fresh kidney and eight-inch incision in tow.

“To say it was a whirlwind is probably … it’s surreal almost when it’s going on,” he said Monday night from the couple’s second home in Gilbert, Arizona, where he’s recuperating while Lisa, their son Ryan and granddaughter Sophia are alternating shifts as care-givers.

“Then I look down at my incision and think, ‘I have a new kidney in there’!”

As is protocol, Parker knows nothing about the kidney’s history except that it had experienced trauma, meaning the donor was deceased. As such, 11 days after the transplant the kidney is still “asleep” and “might take a little longer to wake up”.

Parker said if the kidney isn’t functioning on all cylinders by Friday doctors will perform a biopsy.

“It has to get the pipes going a little bit,” he said. “They say this is not unusual. In most people who get a kidney from a cadaver there has been some trauma.

In the same vein, Parker is encouraged that after enduring dialysis Monday he was told it's for the final time, ending three years of grueling every-other-day sessions.

“If that’s the case, I will dance the jig, man,” Parker said. “That’s been a life-changing deal when you have to do that.”

Parker, who turns 64 on Dec. 1, has been battling kidney issues since 2017, the byproduct of nearly 20 years with diabetes. He went on the Mayo’s transplant list in 2018 and has been waiting ever since, now well over 1,000 days.

Parker's physical health hit a nadir last year when in a 15-month span he was hospitalized for 80 cumulative days due to diverticulitis, a stroke, pneumonia and a blood disorder.

The transplant, he was told by Billings nephrologist Michael Ganz, would make him feel “truly liberated” with 100% kidney function.

That won't begin to happen until the kidney wakes up. Until then, Parker is taking it slow at home in Gilbert.

Lisa, Ryan and Sophia move him around, counting “one-two-three” as they lift his ever-slimming body out of his chair. His key numbers are monitored constantly. He said he takes 16 pills at 8 a.m. and then 8 p.m. daily. His diet is managed to the minutest calorie and will be forever.

“I think Mountain Dew sales in Montana took a big hit,” he quipped.

Parker, who is in five halls of fame for his successes as an athletic director, has been buoyed during his deflating struggles with diabetes and the long wait for a kidney by the support of family, friends and colleagues from across the country. When he posted on Facebook a weary but triumphant image of himself in a hospital gown the morning of Oct. 17, he received hundreds of responses from well-wishers, including Montana football coach Bobby Hauck.

“I’ve thought about the person donating the kidney to me, and what they had to go through, and why I am getting their kidney,” Parker said. “Of course, you never find that out. All I know is that somebody saved my life.”

Once he’s mobile enough, Parker plans to commute between Gilbert and Billings, where he hopes to provide color commentary on Frontier Conference and high school basketball games again come January.

All of that is on hold, of course, until his new kidney’s eventual awakening.

Parker concedes he’ll have some anxiety until the new organ gets its wake-up call. On Monday, he asked one of his team of doctors how he’ll know.

“Oh, you’ll know,” was the response. “You’ll have more energy than you’ve had in years.”

'You have to want to live': Awaiting kidney transplant, Hall of Fame AD Bruce Parker fights a day at a time

Bruce Parker was waiting 900 days for a new kidney. When one finally became available, he couldn't accept it.