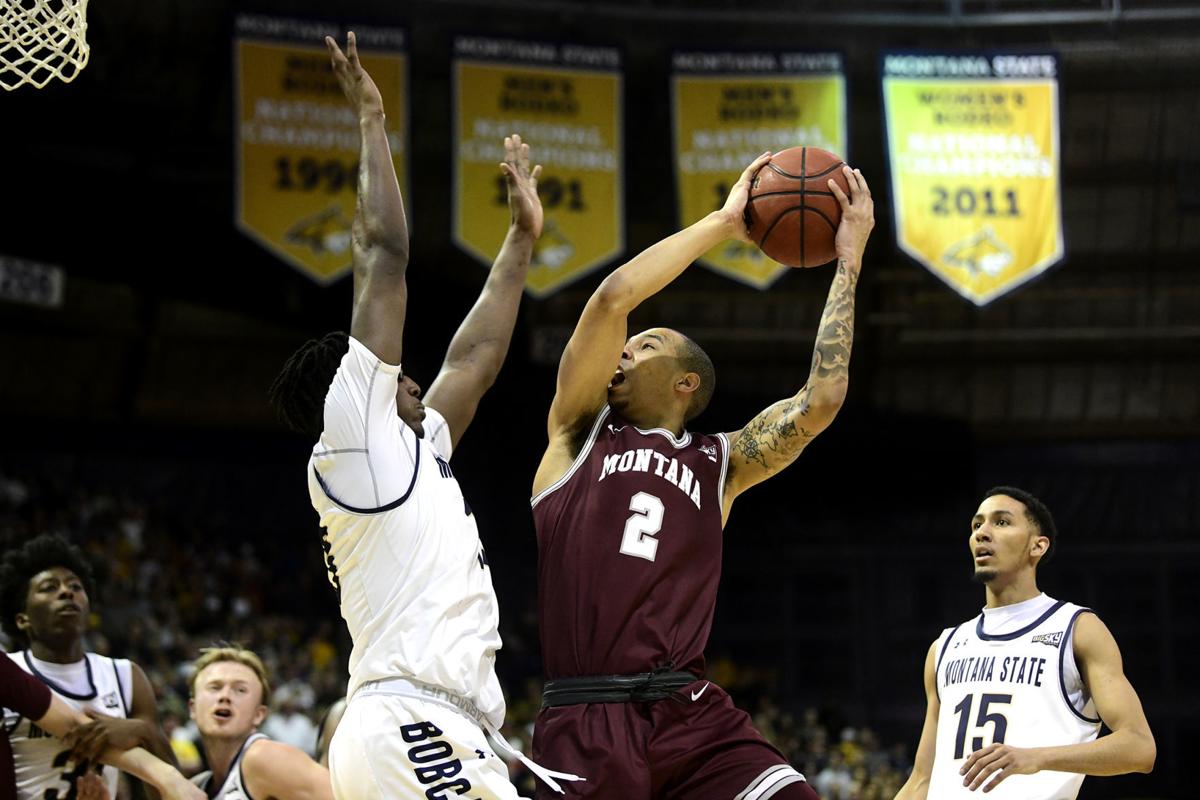 Montana's Kendal Manuel, right, drives to the basket against Montana State's Jubrile Belo during their game at Worthington Arena in Bozeman on Saturday night. The Griz defeated the Cats, 59-54. 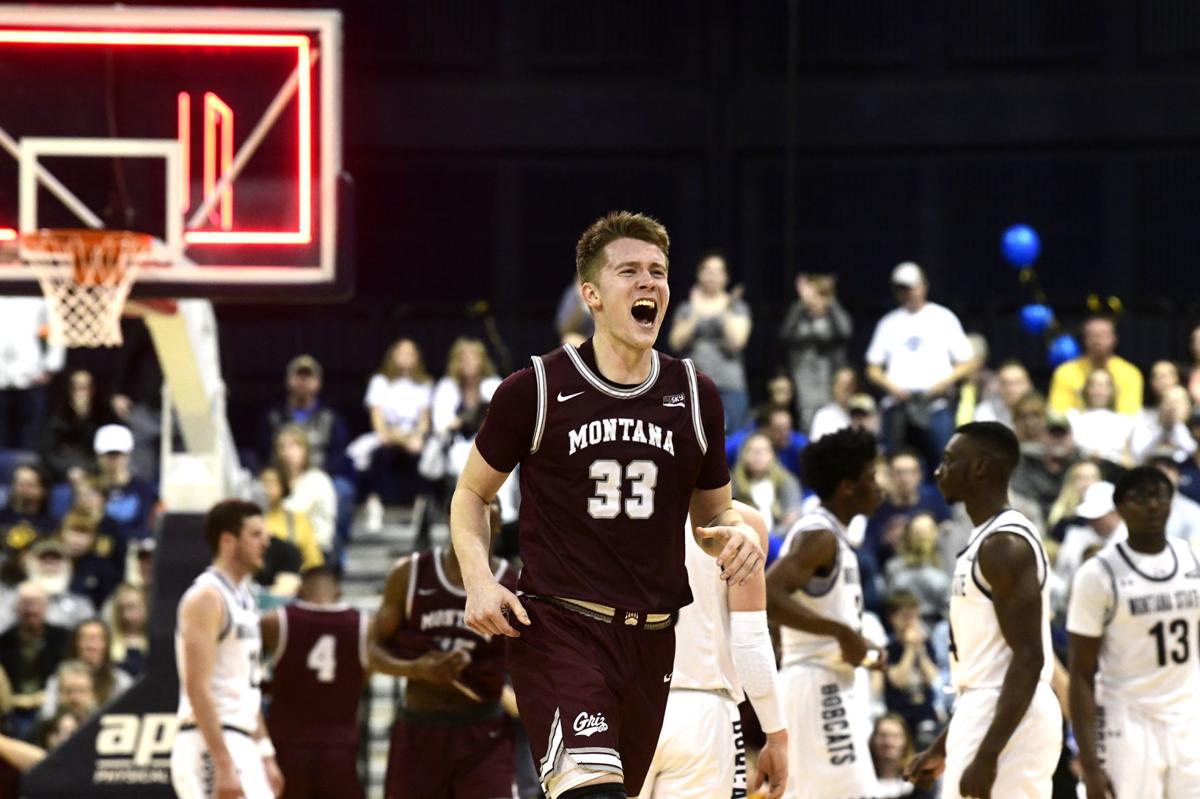 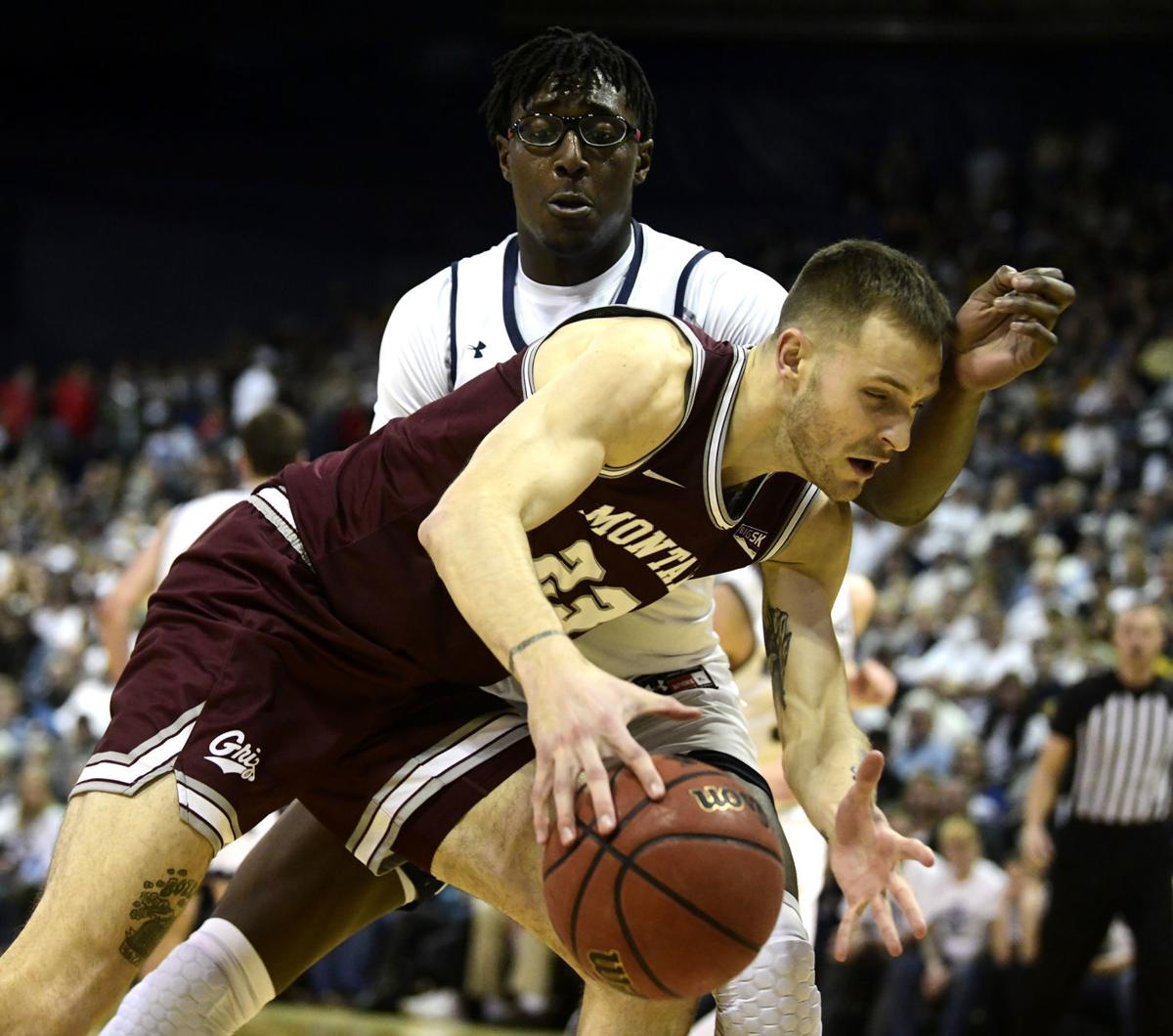 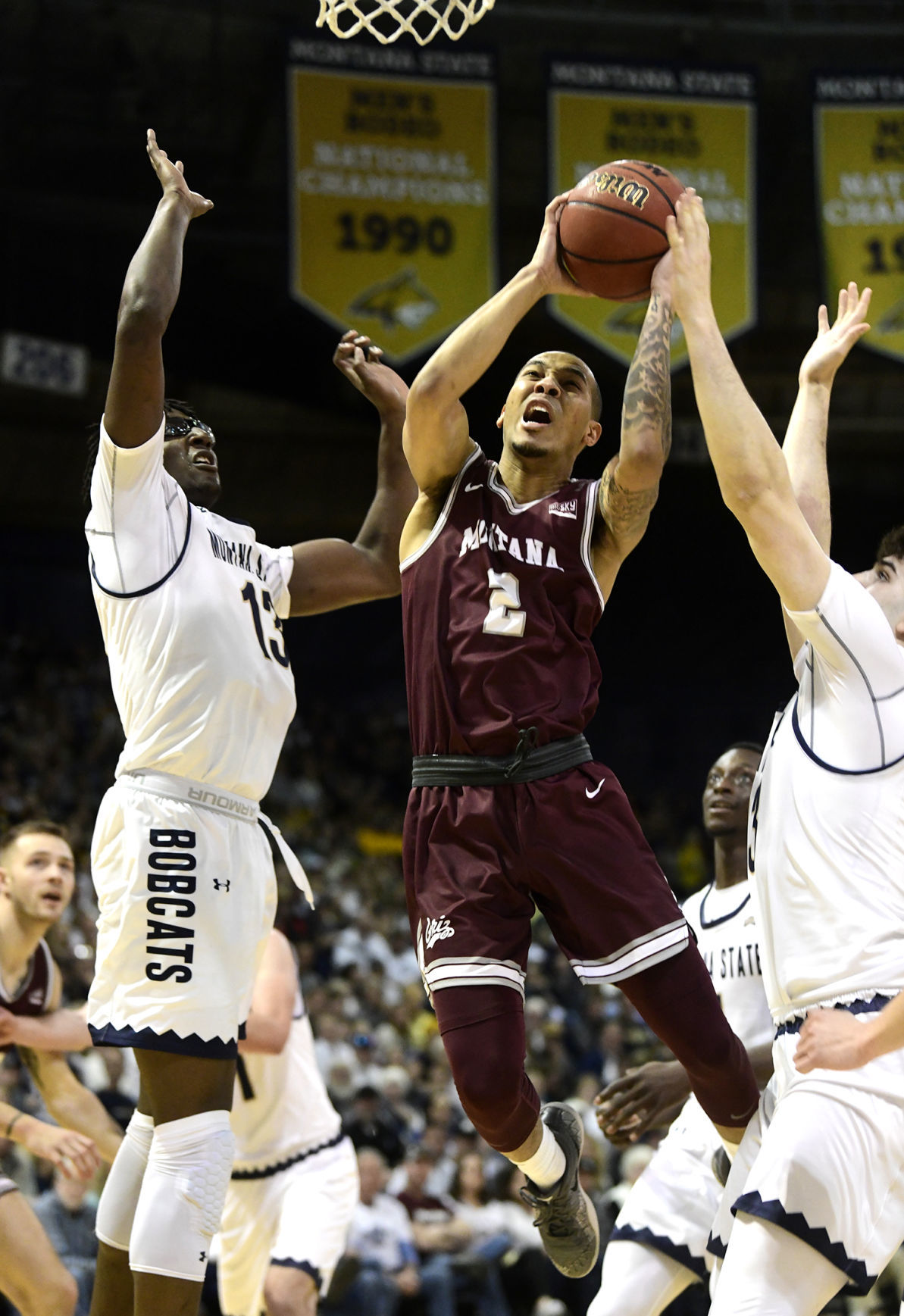 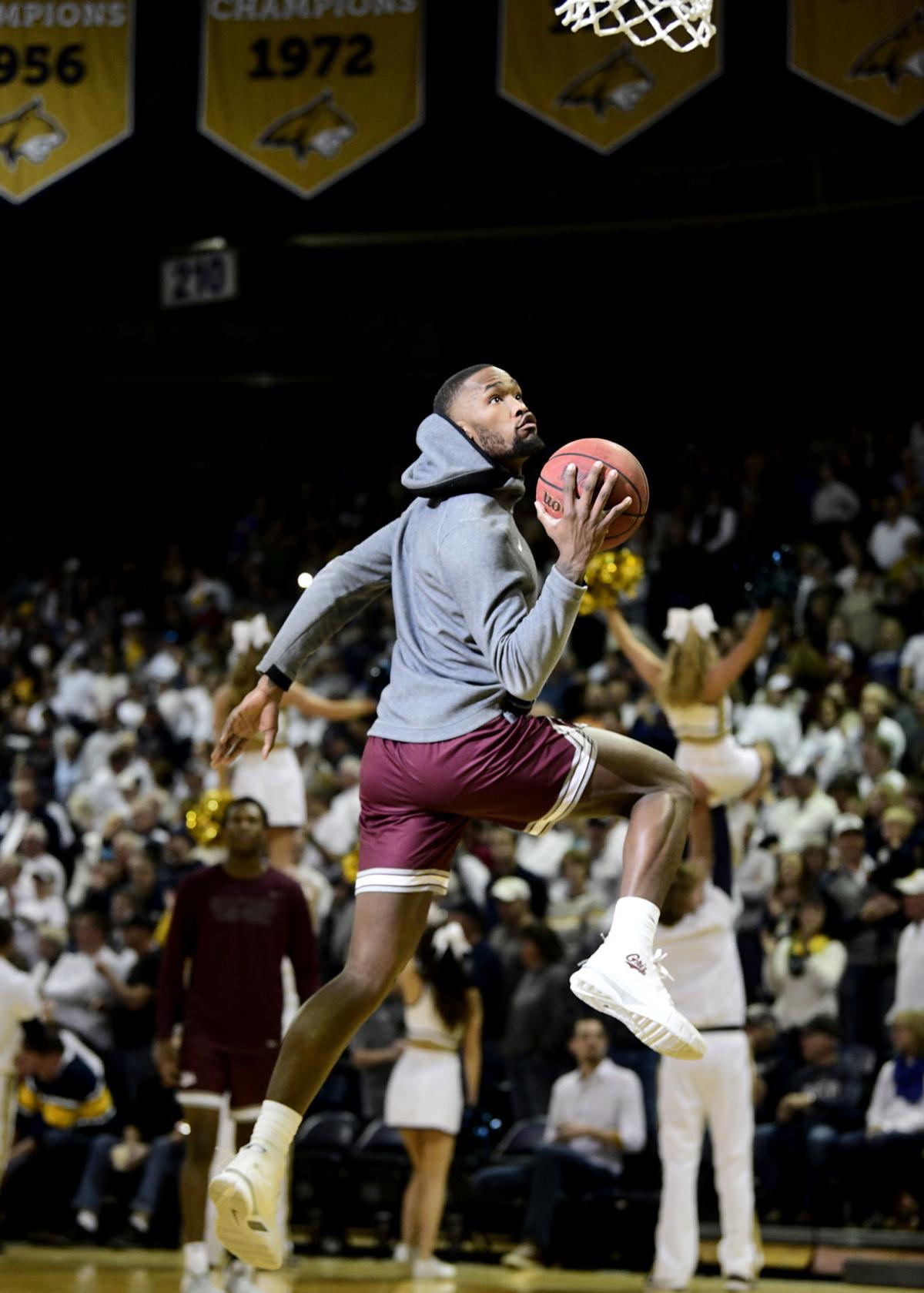 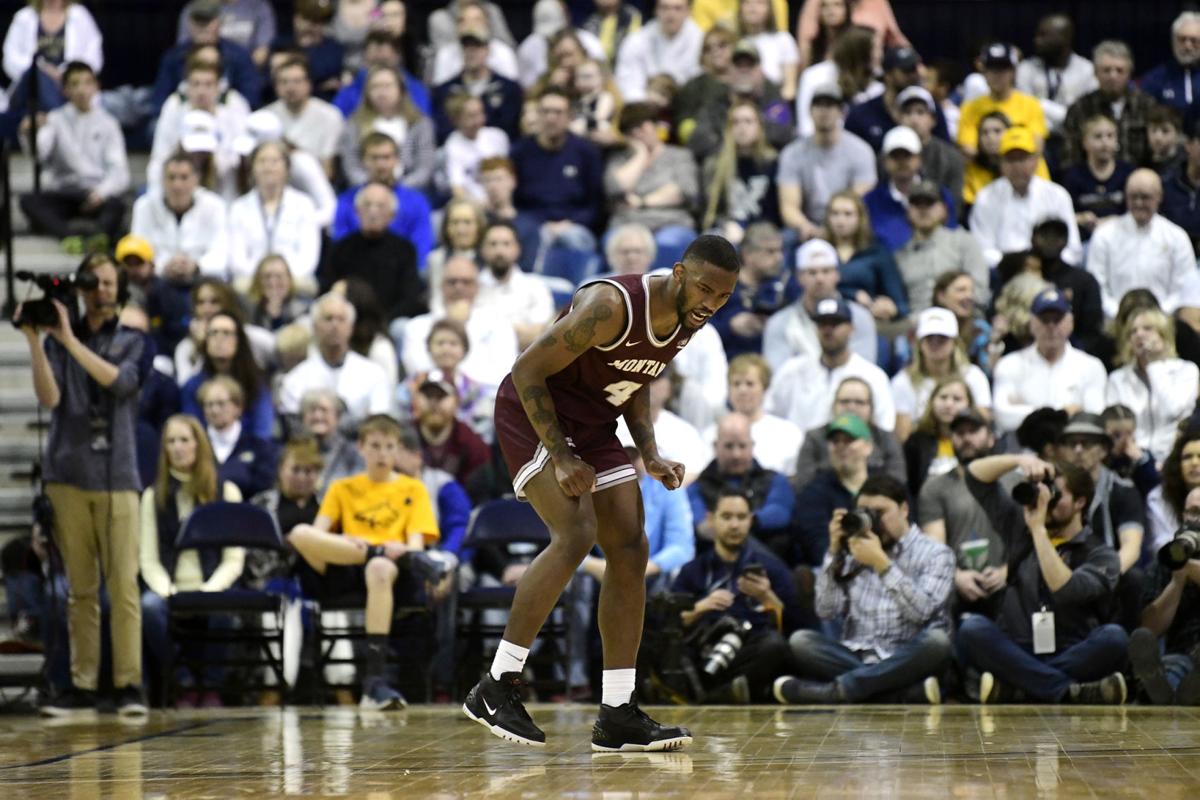 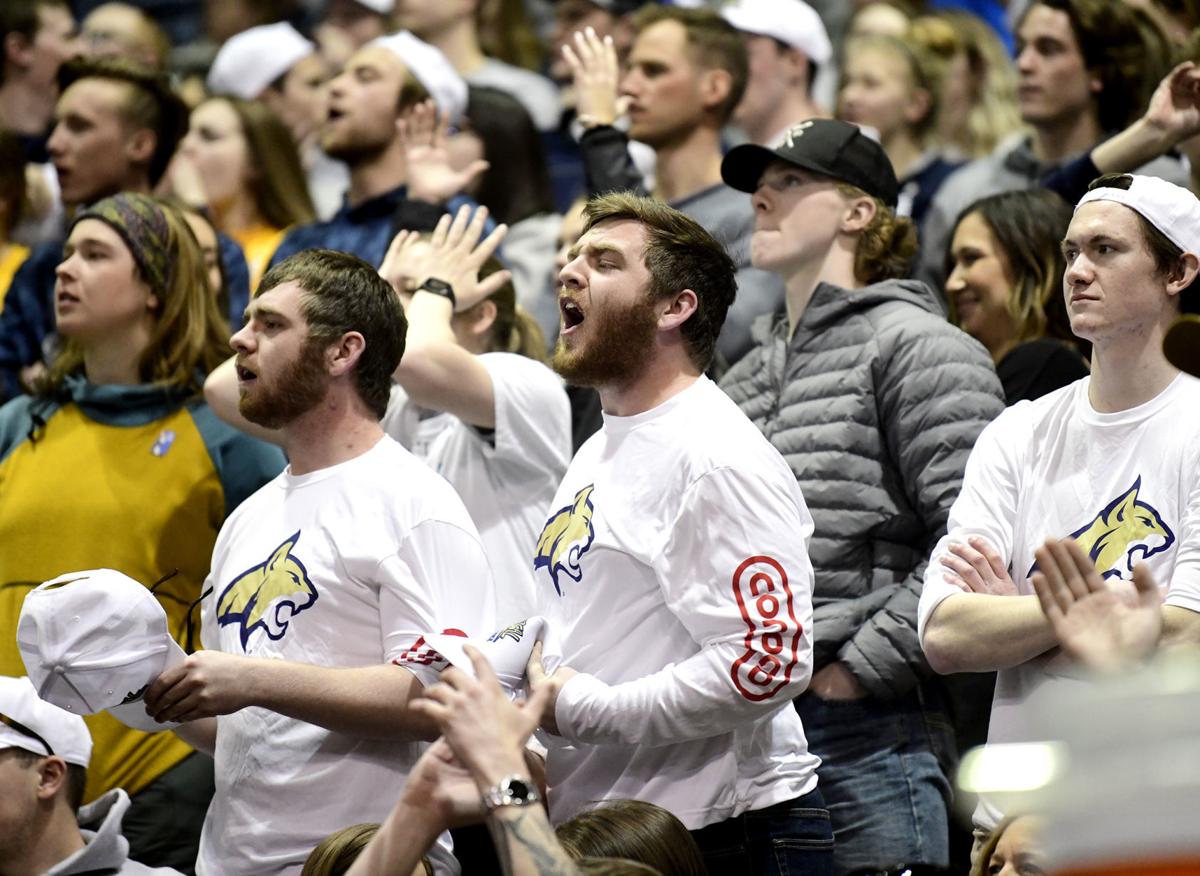 Montana State fans disagree with a call by the official.

Montana's Kendal Manuel, right, drives to the basket against Montana State's Jubrile Belo during their game at Worthington Arena in Bozeman on Saturday night. The Griz defeated the Cats, 59-54.

Montana State fans disagree with a call by the official.

BOZEMAN — As Kendal Manuel rose up for this third 3-pointer of Montana’s 59-54 win against Montana State, the roar that had persisted in Worthington Arena in the minutes since Bobcat wing Amin Adamu had slammed down a tomahawk dunk seemed to evaporate.

A crossover move worked and Manuel had the space he needed as the ball hit nothing but the bottom of the net.

It was a part of a 7-0 run that gave the Montana men's basketball team breathing room after having its lead cut to just three points following Adamu’s dunk. It was also a seminal moment in the Grizzlies 19th win in 20 attempts against Montana State.

“There’s only one way to silence a crowd, right? And it’s to score the ball,” Montana head coach Travis DeCuire said. “These guys did a phenomenal job … to have guys like this that can go out and respond and silence the crowd, that’s huge.”

Added Manuel: “I think it just swung momentum and got us going again. After that dunk it was a big shift and we felt it. Once we got that layup and three I think that it shifted back for us.”

The win pushed DeCuire’s all-time coaching record against the Bobcats to 11-1. It’s the ninth sweep in 10 years for the Grizzlies.

Bobcat guard Harald Frey started his 123rd straight game, which is the eighth-longest streak in the country. Frey rolled his ankle in Montana State’s loss at Portland State on Thursday and was a game-time decision.

“Honestly I didn’t know he was going to play until he warmed up and then he said he felt good,” Montana State head coach Danny Sprinkle said. “He didn’t go through walk-through last night, he didn’t do anything this morning. But that’s just who he is. I think it affected his shooting and just his overall burst. He didn’t seem to have that burst."

Frey played nearly 37 minutes, but despite being clearly limited he finished with a team-high 18 points on 4-of-13 shooting, four rebounds and three assists.

Frey nearly willed the Bobcats to a late comeback. Struggling with his shot throughout the game, the senior managed to get a triple to go down with 2:49 remaining and followed it up with a three-point play to draw Montana State within four points.

Montana junior guard Timmy Falls was dealing with a similar injury as Frey's, his suffered in a game against Idaho State, though he had nearly a week to recover. Falls looked a little sore as well, but did not miss a practice this week, according to DeCuire.

He finished with three points, four rebounds an assist and a steal in 26 minutes. Falls fouled out with 32 seconds left.

Sayeed Pridgett struggled from the free throw line, hitting just 1 of 7, but finished with 15 points, seven rebounds and two assists. Jared Samuelson was the only other player in double figures with 10 points.

But Pridgett, Samuelson and DJ Carter-Hollinger combined for 19 rebounds and even when the Grizzlies' offense was not rolling, Montana State was not having second opportunities with the ball.

Carter-Hollinger had one of the biggest of the game, scoring on a put-back with 1:35 left in the game and Montana clinging to a four point lead.

“That was the biggest thing for us,” DeCuire said when asked about rebounding. “That was what got them back in the game at the beginning of the second half was the rebounds. We needed to tighten up, we used a timeout to communicate a little bit, fix a few things here and and our effort was ther when it meant the most."

BOZEMAN — While defense ruled the first game between the Montana and Montana State women’s basketball teams this season, it was the polar oppo…