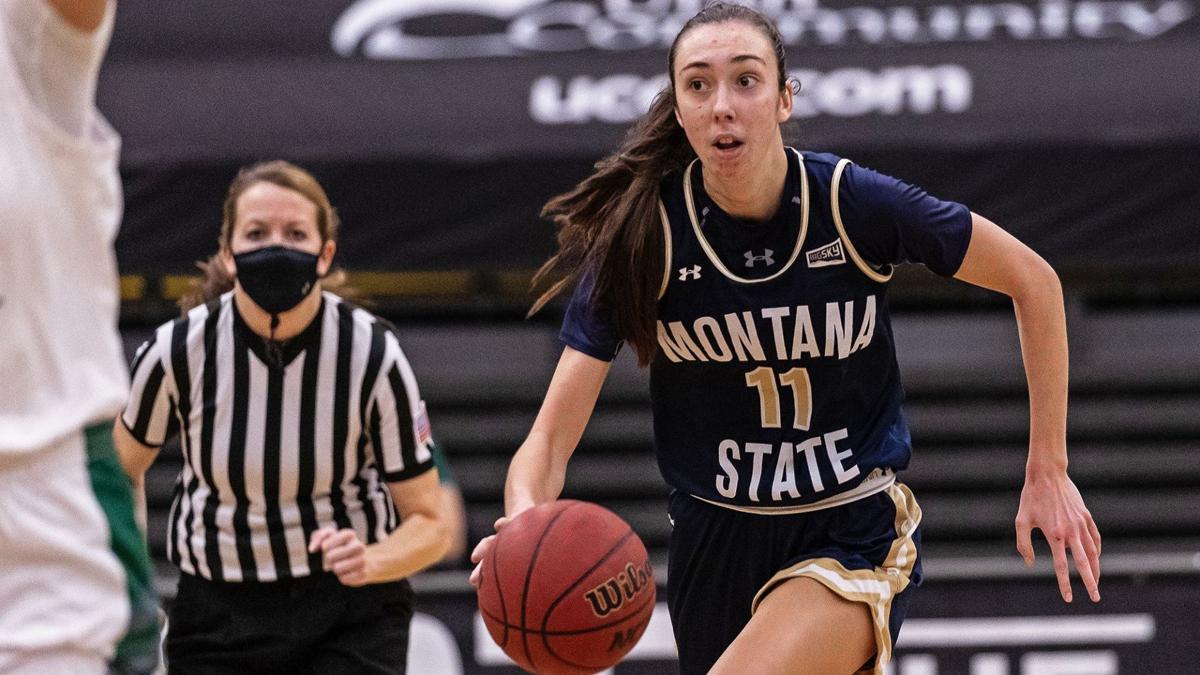 MSU's Katelynn Limardo pushes the ball upcourt in the win over Utah Valley on Saturday. 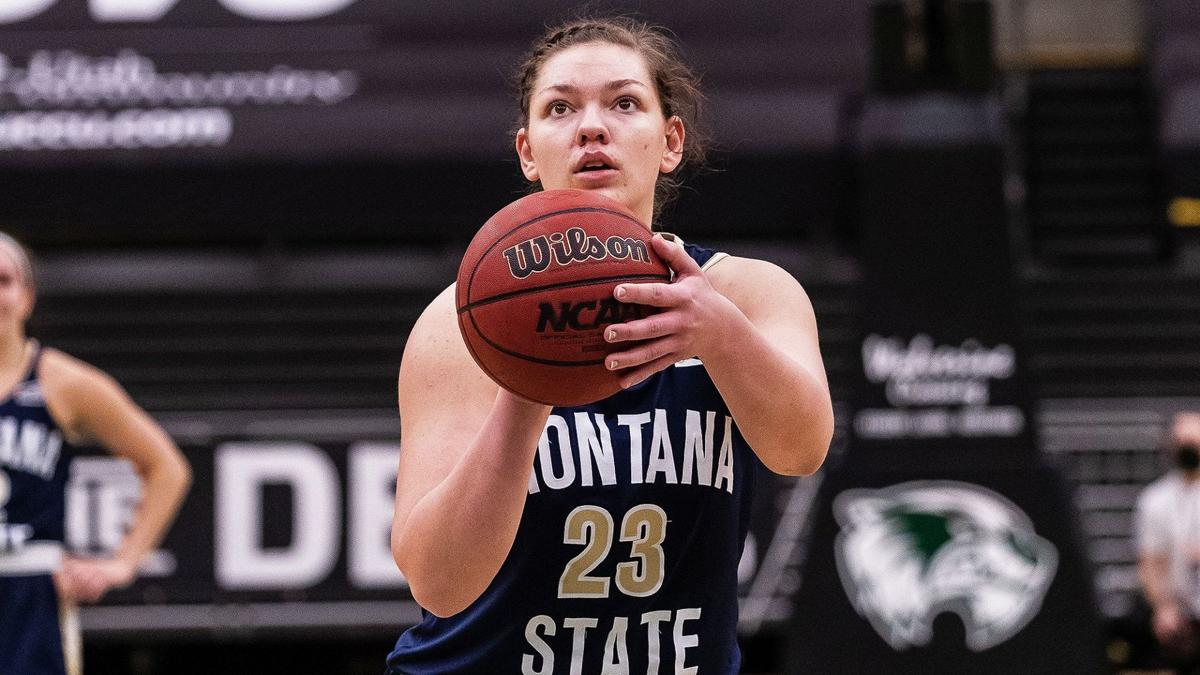 MSU's Katelynn Limardo pushes the ball upcourt in the win over Utah Valley on Saturday.

OREM, Utah — On an afternoon that saw its two leading scorers combine for just 3 of 20 from the field, the Montana State women’s basketball team received career highs from Katelynn Limardo and Gabby Mocchi to post a 66-63 win over Utah Valley on Saturday in the UCCU Center.

Limardo, a freshman from Silver City, New Mexico, posted a team-high 15 points, connecting on 6-of-8 from the field, including three 3-pointers. Her final triple, with 16 seconds left, helped secure the victory.

Mocchi, a junior from Champlin, Minnesota, came off the bench to notch 13 points, hitting 4 of 8 from the field and 4 of 6 from the line. The Bobcats’ bench players outscored UVU’s bench 29-11.

“It was a great team win,” MSU coach Tricia Binford said. “We found a way as Utah Valley made a great run in the fourth quarter. This is a fun group with so many options and we were able to get some other pieces going today.

“Katelynn had a great game and hit a big, timely 3-pointer. I’m also proud of Gabby for really stepping-up. She does so many things right and really helped us out in the post.”

The Bobcats countered the run with seven unanswered points, capped by a Tori Martell 3-pointer at 5:08. The Wolverines chopped the lead to three points twice, the last coming with 1:28-seconds left on a Kayla Anderson jumper.

With under a minute remaining, Utah Valley had a chance to tie the score or close to within one as Nehaa Sohail had a clear path for a layup. But White swooped in from the backside with a block, which eventually set up Limardo’s back-breaking 3-pointer.

White and Martell, who entered the game averaging 19.4 and 15.2 points per game, combined for 11 points. Despite a scoring drought, the Bobcat backcourt duo added seven assists, four rebounds, two steals and a blocked shot.

“Our strength is in the team,” Binford said. “We had 21 assists, and to me, that’s the highlight of the final boxscore.”

For the game, MSU shot 39 percent from the field, 35.7% from long distance and 71.4% at the free throw line. The Bobcats committed 11 turnovers but forced UVU into 23 miscues, which resulted in a 22-10 advantage in points scored off errors.

Utah Valley held a 40-29 advantage on the boards. Freshman Taylor Janssen paced the Bobcats with a team-high seven rebounds.

UVU was led by Josie Williams with 17 points and eight rebounds.

Trying to pick the most difficult part of her team’s nonconference schedule, Darian White needed a few moments.