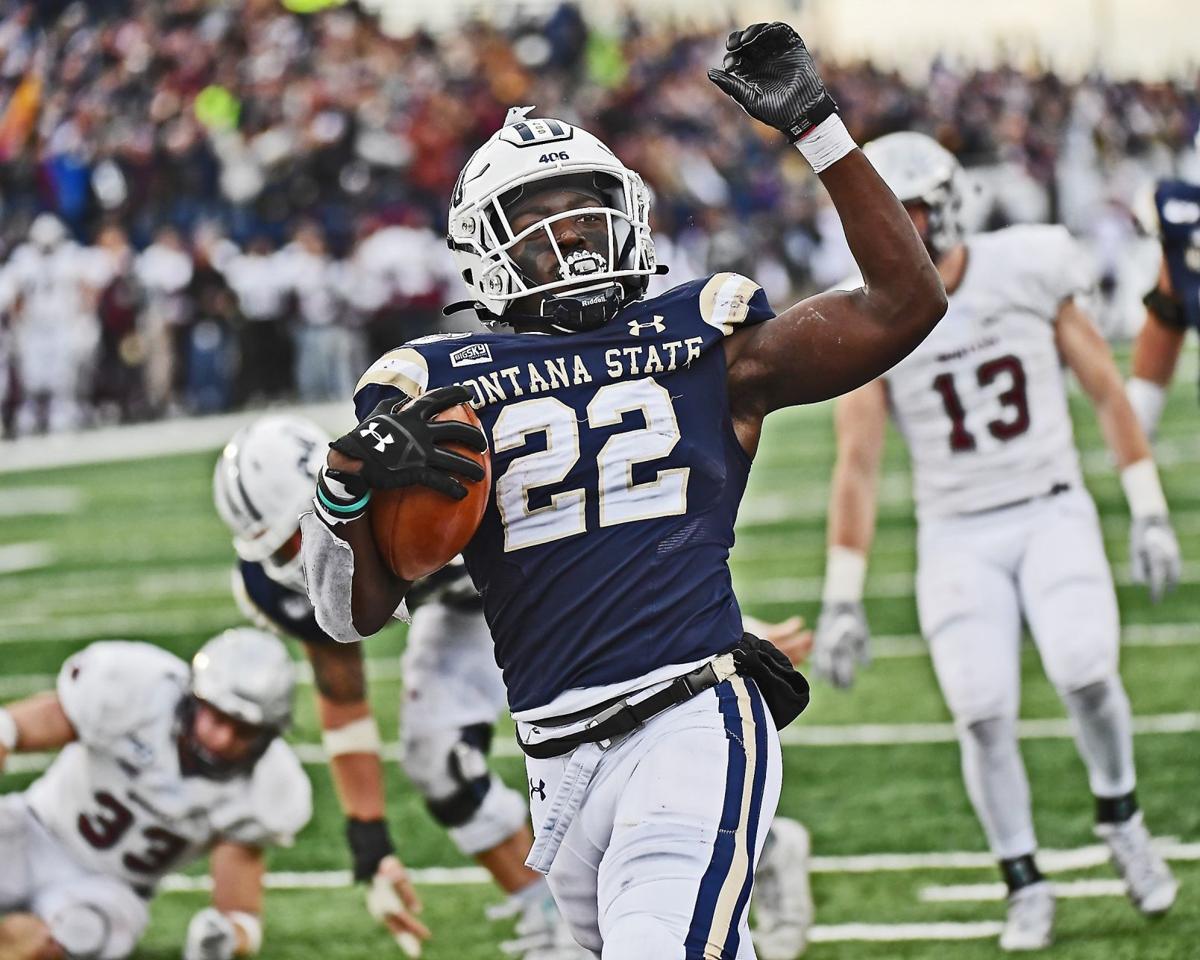 Montana State's Isaiah Ifanse celebrates as he scores one of his three touchdowns last week against Montana. 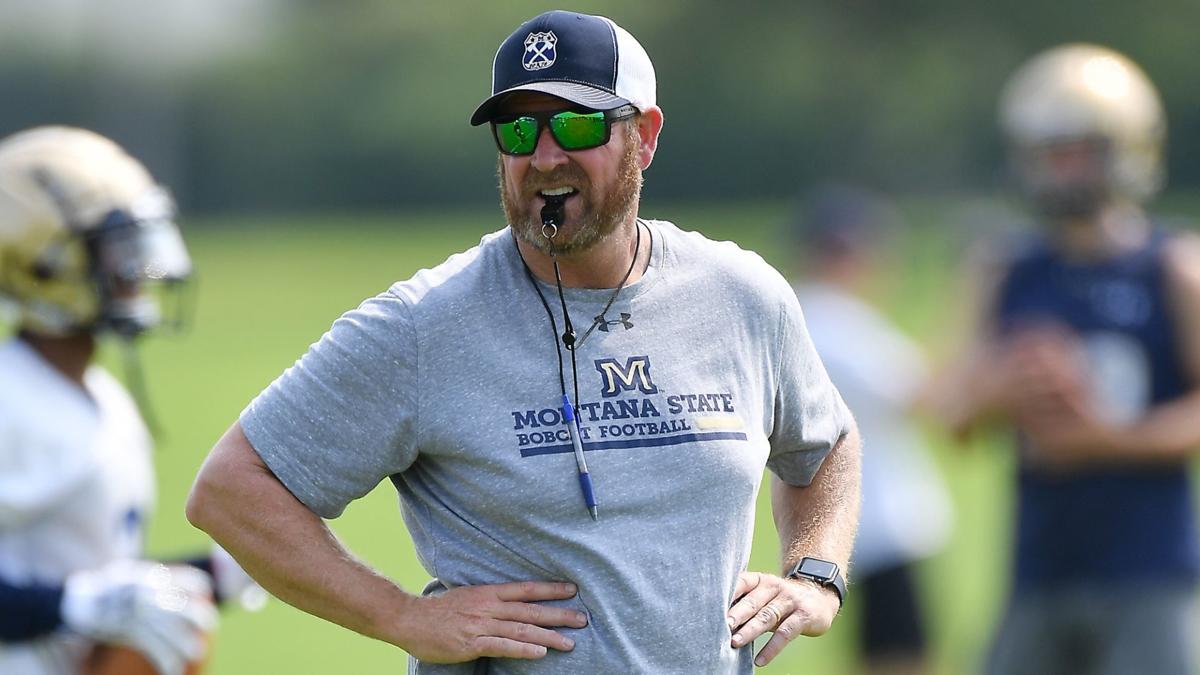 Jeff Choate's Montana State Bobcats earned the No. 5 seed and a first-round bye in the FCS playoffs.

Montana State's Isaiah Ifanse celebrates as he scores one of his three touchdowns last week against Montana.

Jeff Choate's Montana State Bobcats earned the No. 5 seed and a first-round bye in the FCS playoffs.

BOZEMAN — The mental and emotional toll of preparing for a game against your fiercest and most heated rival can add up fast.

But when you win, great is the reward.

For Montana State, a 48-14 drubbing of Montana last Saturday in the 119th football meeting between the schools was gratifying in that it served as its fourth straight win in the series, and earned the Bobcats the No. 5 seed and a first-round bye for the upcoming FCS playoffs.

MSU (9-3, 6-2 Big Sky) rushed for 382 yards and six touchdowns to claim its largest margin of victory over the Grizzlies in 34 years.

Specifically for coach Jeff Choate, it was a weight lifted off his shoulders.

“I slept really well (Sunday) night for the first time in a while, so that felt really good. I have a lot more energy and feel a lot better physically than I did last week,” Choate said Monday during his weekly news conference at Brick Breeden Fieldhouse.

“A lot of emotion was spent on that, and it’s good to now be able to catch our breath a little bit and look forward to our next challenge.”

That next challenge will come in the form of a home playoff game Dec. 7 against one of two potential opponents: Albany or Central Connecticut State, who will meet in the opening round Saturday at Bob Ford Field in Albany, New York.

Central Connecticut State (11-1) took home the Northeast Conference championship and is currently riding an eight-game winning streak. Albany (8-5) is an at-large bid from the Colonial Athletic Association. The Great Danes have won five of their last six.

There’s a lot for the Bobcats to manage in the next five days despite not having a scheduled game, in particular the academic workload that exists with finals week on the horizon.

“I think it’s a real blessing for our guys to be able to dig in a little bit on their schoolwork as we get down the stretch” of the fall semester, Choate said.

As far as football preparation goes, the team had meetings and undertook weight-room work on Monday. It will practice Tuesday with a partial focus on young players getting more reps, and Wednesday will include another morning practice.

The players, who are not available for media interviews until next week, will then have the better part of Thanksgiving weekend off before returning Saturday afternoon, at which time the Bobcats will know who their next opponent is.

“We’ve kind of divided each staff. We’ve got a couple guys that are looking at Central Connecticut State and a couple guys looking at Albany,” Choate said. “They’re preparing some preliminary game-prep information for us — a scouting report, this-team-at-a-glance kind of stuff.

“We’ll sit on that, have that done by Wednesday, come back on Saturday and then we’ll roll that out and start digging in.”

The bye week will be important for the Bobcats in terms of physical healing, as well.

Notably, linebacker Troy Andersen did not suit up against Montana. Andersen also missed a Week 4 game against Norfolk State but otherwise played through his myriad of ailments on both offense and defense.

“He really wanted to play on Saturday and he just wasn’t ready,” Choate said. “We’re hopeful. He heals fast, and he’s been able to work through a lot of this type of stuff in the past, so we’re obviously very hopeful. But it’s advantageous for us to get some time (off) here.”

Since the end of last season, when the Bobcats were unceremoniously bumped from the playoffs by way of a 52-10 whipping at North Dakota State, Choate has talked about the importance of earning a first-round bye and playing at home at least early in the 24-team postseason tournament.

Now that it’s a reality, Montana State, ranked No. 5 in this week’s STATS FCS Top 25 poll, is looking to keep its momentum going despite missing out on its stated goals of winning every home game and capturing a Big Sky Conference title.

“Those things weren’t available to us,” Choate said. “But one thing that was really important to us that was still out there was that first-round bye, and we were able to achieve that goal. And that’s a lofty goal, because you do have to be one of the top-eight teams in somebody’s eyes in the country to be able to achieve that.

“And it gives our guys so much of an advantage in terms of being able to sink in, relax a little bit, get a little bit more healthy physically, emotionally recharge, and then focus on school.”

BOZEMAN — A day after its 48-14 shellacking of archrival Montana, Montana State learned its playoff positioning Sunday morning with the releas…