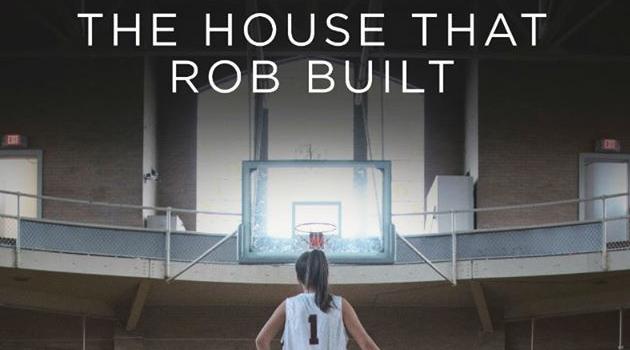 The House That Rob Built debuted to a packed house Thursday night in Missoula.

MISSOULA — Two weeks ago, our son informed us he's going to be a father.

Like a lot of expectant dads, he's sort of hoping for a scrappy, hockey-playing miniature version of himself. A lot of dads hope for a boy the first time — I used to ask my wife to put a stethoscope on her tummy each day so we could check the heartbeat (it's supposedly slower for a boy).

I'm not a doctor, so please don't take that last part as gospel. I am, however, a long-time sports writer with a nugget worth considering:

Fourteen years ago, the best part of my 35-year journalism career started when I took over the Montana women's basketball beat. I didn't know it was going to be the best part. I mean, come on — Chicago Bears, Green Bay Packers, Big Ten basketball and football — how could the Lady Griz compete with that?

Enjoyment wise, all paled in comparison to covering Robin Selvig and his players. What a labor of love watching and interviewing this passionate, personable clan. When it was over four years ago, I told Selvig point-blank I'd pay to watch him coach at any level, even peewees.

There's a new documentary out about Selvig and his program that puts to shame a lot of these morbid movies pushed at us today. Not only is the "The House That Rob Built" an inspirational journey through the past, it's a pretty good parental road map for the future.

If you ever cared about Treasure State sports, you'll enjoy this. You might bask in the heartwarming glow or laugh as Selvig laughs at himself. You'll marvel at the uncanny bond the players and coaches still share.

When Selvig took over the Montana women's basketball program, the sport wasn't even recognized by the NCAA. The Lady Griz locker room had one shower and a urinal. The shower didn't work.

Forty-two years later, Robin hasn't changed much. He's still a humble, friendly fellow who insists his Lady Griz were all about the players and long-time assistant coaches. He never scored a point.

But Selvig's undying loyalty in building his Montana program transcended sports. We're talking about a man that was offered an assistant men's basketball coaching gig under the legendary Jud Heathcote and turned it down. Who knows where that might have led?

Why did he stay? Sometimes the answer is as plain as the glasses on Selvig's face. He enjoyed the hell out of it. Heck, he's still enjoying it.

As someone once said, there are things in life worth more than money.

If not for my experiences covering the Lady Griz, I might have gone through life with my head mostly in the sand about women's sports. Never really growing from my high school days when I failed to see the allure and never attended any girls games.

I'm the lucky one. Not just because the Lady Griz breathed new life into my career but because I could then impress on my daughter the marvelous parts of girls athletics. High school sports helped her develop qualities like persistence, unselfishness and 12-hour-shift endurance. She uses those all the time as a nurse at Community Medical Center.

I think every guy that fancies himself an athlete should get a chance to scrimmage against a team like Selvig's Lady Griz. Or attend one of Melanie Meuchel's Montana softball practices or Steve Ascher's Grizzly women's tennis workouts.

It'll give you a whole different perspective, guys. Take it from someone who had the chance and found himself gassed after warm-ups.

In six months, God willing, I'll be a grandfather. Not exactly something I had in mind back in 1978, speeding around in my buddy's beat-up Subaru, listening to Led Zeppelin too loud and living for summer baseball practice.

Fortunately, that same year Selvig decided to be a women's basketball coach at the University of Montana. While I was off figuring out how to style my hair and what to wear, he was helping build a foundation for something special.

That something special has affected thousands of people over the years and continues to affect many. It gave a lot of little girls something to dream about.

Best of all for me, I don't hope for a boy anymore.

For I have seen the light. And the confetti at Dahlberg Arena.

Note: "The House That Rob Built" was shown on the big screen in Missoula this week as part of the Big Sky Documentary Film Festival. All three screenings were/are sold out. However, officials are working to get the film on Montana PBS later this year ... Special thanks to former Lady Griz and Missoula native Megan Harrington, without whom the movie never would have been possible. Harrington is producer/co-director of the film ... Extra special thanks to longtime Missoulian sports editor Bob Meseroll for giving me the chance to cover Montana women's basketball.