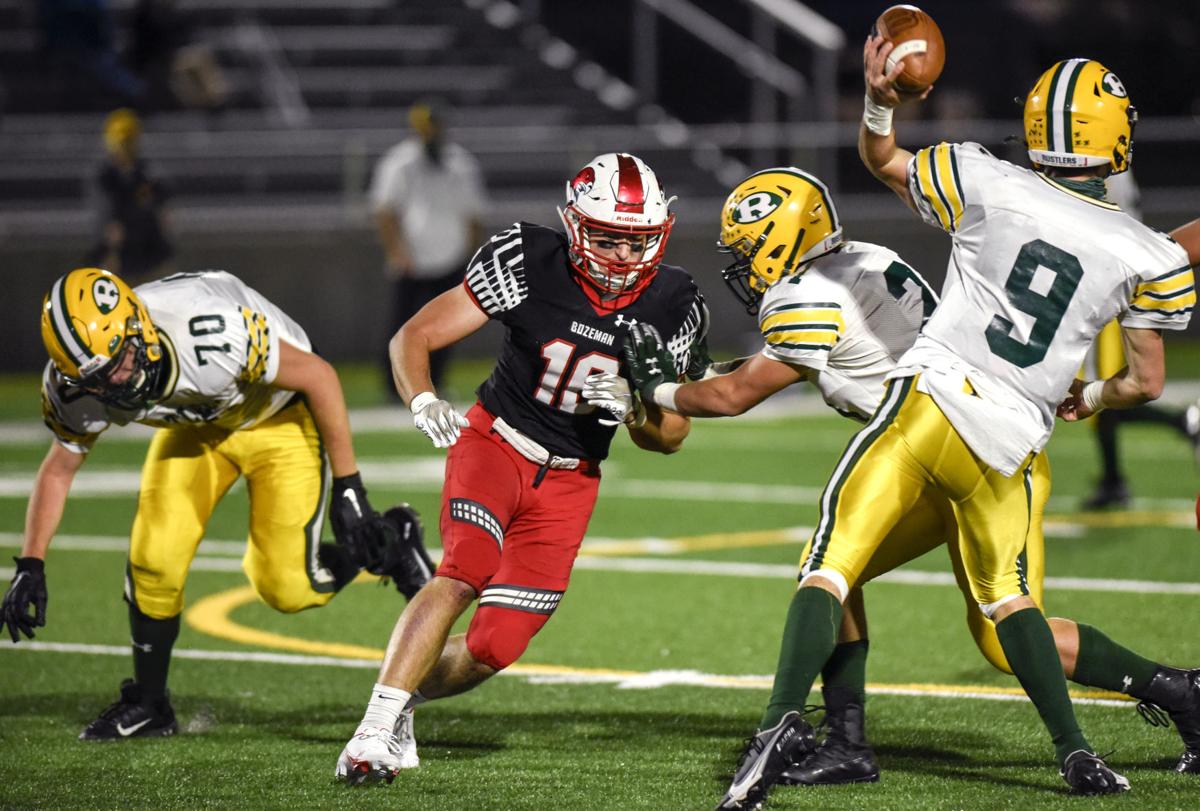 Bozeman defensive back Padraig Lang tries to pressure the quarterback against Great Falls CMR on Oct. 2 at Van Winkle Stadium. 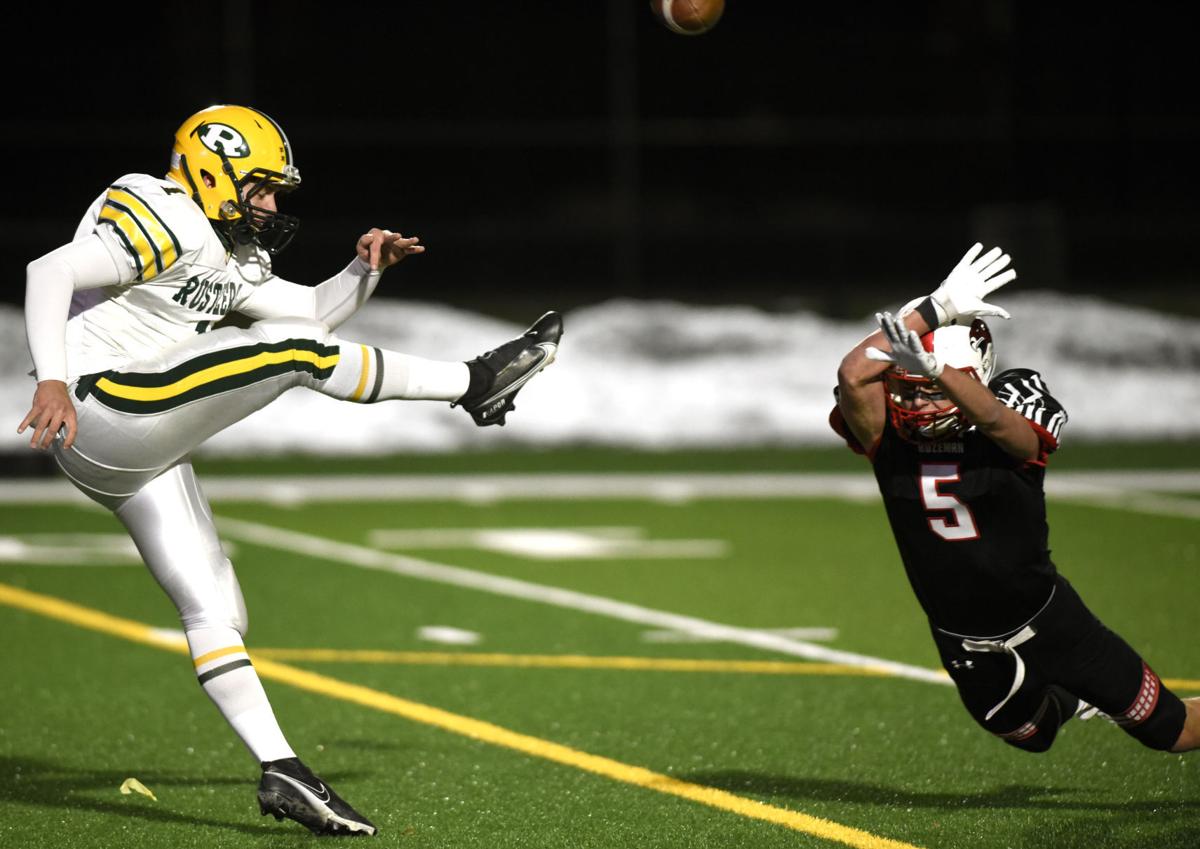 Bozeman defensive back Padraig Lang tries to pressure the quarterback against Great Falls CMR on Oct. 2 at Van Winkle Stadium.

BOZEMAN — After Bozeman’s season came to an end, Padraig Lang hugged his twin brother, Brady, and began to cry.

The two siblings grew up dreaming of playing for the Hawks alongside each other. They finally earned that opportunity for the last few years. So Padraig was overcome with emotion after their final high school game together, trying to grasp that they may never suit up together again.

When asked about playing side by side in college, Padraig was much happier. He was grateful.

“I’m just so thankful for this opportunity because it gives me that extra bit of hope,” he said.

Brady Lang announced on Twitter on Nov. 25 he was committing to the University of Montana. One day later, Padraig Lang made the same commitment. They will both go to the Grizzlies as preferred walk-on safeties.

Padraig called his choice “probably one of the biggest decisions I’ve ever made in my life.”

“I think it was a pretty easy decision for me because I knew it was something I always wanted to do, to play football in the Big Sky Conference and stay in the state of Montana,” Brady said. “That really fit my needs. I’m really excited about the opportunity.”

The Langs revolved their falls every year around football, whether it was primetime NFL matchups, Hawks games Friday nights or Montana State contests on Saturdays.

Brady recalled facing his brother, one on one, in the backyard as kids. Those matchups would get heated and even turn into fights, he admitted. They both loved the physicality of the sport.

Brady distinctly remembered the first time he put on a helmet and pads in elementary school.

“I just knew from a young age that was something I really wanted to do,” he said.

Brady and Padraig’s father played for the Bobcats. They loved hearing his stories from his career, which added to their passion for football.

The brothers said their dad was proud of their decision, though he may be slow to wearing anything with Grizzlies colors.

“I think he’s just happy for us. When we made our decision, it almost brought him to tears,” Padraig said. “He’s just happy to see us go onto the next chapter.”

Brady was “super thankful” to play football his senior year despite the coronavirus pandemic creating uncertainty. It allowed his brother and him more opportunities to prove themselves to college coaches. Both are rated as two-star recruits by 247Sports.

Padraig said, at times, he felt the brothers were recruited as one packaged deal. He liked that UM coaches contacted them separately and didn’t treat them like the same person.

“(It was) really nice, because we are so different,” Padraig said, “especially on the football field.”

Brady said he was drawn to the Grizzlies because he had heard positive things about their coaching staff. He also liked what he heard from former Hawks teammates like Asher Croy, Ryan Simpson and Kris Brown, who all now play for UM.

Both Padraig and Brady pointed out they need to become faster and stronger in order to be prepared for college. They both said they were motivated to prove themselves worthy of college opportunities, and they both now have a shared desire to prove they can stand out on a Division I field.

Padraig and Brady told themselves at the beginning of the recruiting process they would focus on themselves and their own needs and not worry about what each other’s choice might be.

“But at the same time, I had that little pull just because I love playing with him, and I know it’s special to play with your brother,” Padraig said. “Not many people get to do that. So I think that was definitely pushing me toward that because I get an extra four years with my brother.”

Montana added a second commit from Bozeman in just as many days, bringing a pair of brothers to Missoula.