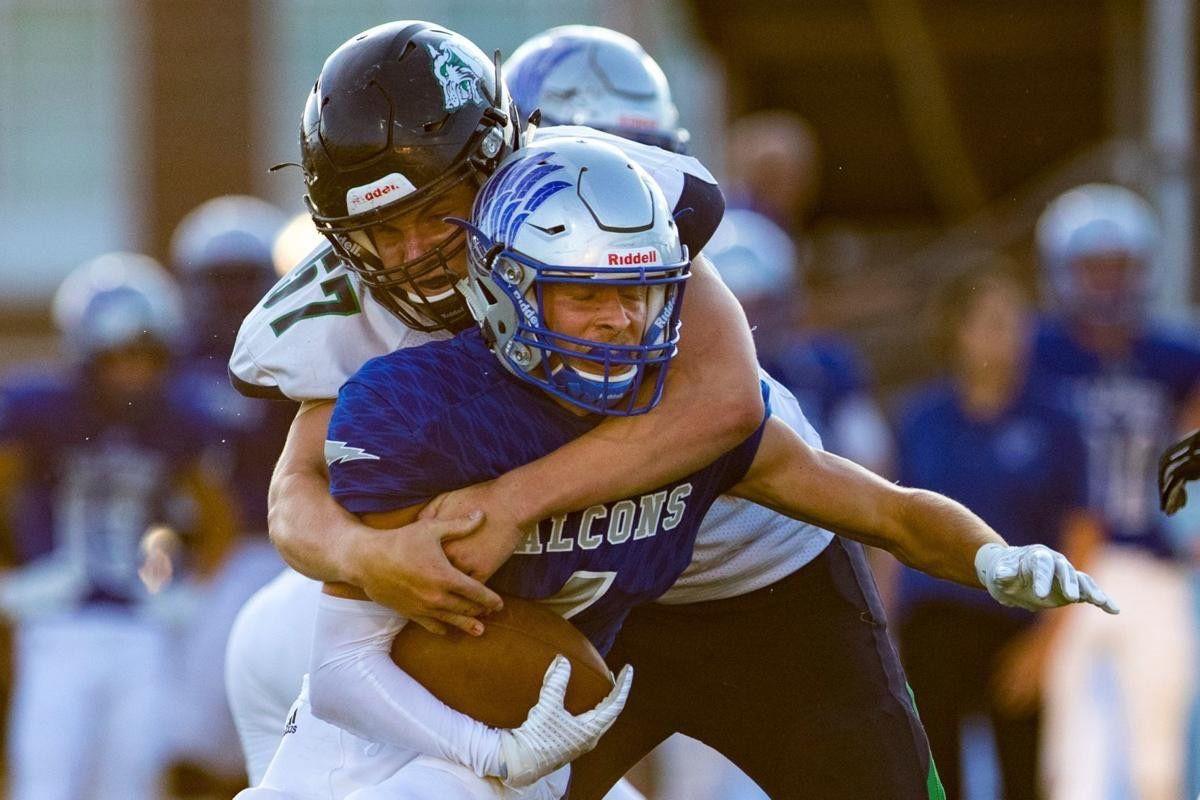 Kalispell Glacier defensive lineman Hank Nuce (57) tackles a Billings Skyview player this past season. Nuce signed with the Montana football team on Dec. 18 after going under-recruited for most of his senior season. 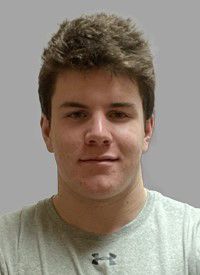 MISSOULA — Kalispell Glacier senior Hank Nuce wasn’t offered a Division I football scholarship on the flash he showed on one play.

In fact, he almost wasn’t offered one at all. But one play in particular did make a strong impression on the Montana Grizzly coaching staff.

Nuce defeated his blocker at the line of scrimmage, spun toward the middle of the field and set his sights on the prize when Glacier played at Missoula Sentinel on Oct. 25. The 6-foot-4, 235-pound defensive lineman began his pursuit and raced 45 yards down the field to tackle fellow Griz signee Jaxon Lee near the 10-yard line late in a one-score game.

“I was surprised I caught him,” Nuce said days after signing a scholarship with the Griz last week. “I didn’t know I was that fast.”

Glacier lost the game but the play was an individual win for Nuce, who also had a tackle for loss on a fake punt in the game. It came with some members of the Griz coaching staff, which had been holding off on extending him an offer, in attendance.

“I couldn’t believe he caught him because Jaxon’s a Griz running back signee,” said Glacier coach Grady Bennett, a former Montana quarterback who pitched Nuce to the Griz and was shocked by their initial lack of interest. “I remember walking out onto the field to look at all the Grizzly coaches there like, ‘Did you see that?’”

Nuce had offers from only Frontier Conference schools up to that point even though he had gone to a Montana football camp prior to his senior year. He’d finally get an offer from the Griz, followed by an offer from Montana State, after his team’s season ended.

Nuce’s motor was highly spoken of by Montana defensive line coach Barry Sacks when the under-recruited 17-year-old with a big frame, raw talent and high upside signed with the Griz on Dec. 18.

“Strong, aggressive, tough,” Sacks said. “Runs like the wind in football games. Has got an excellent chase factor with him.”

Nuce had never considered playing college football when he moved to Kalispell as a sophomore. He grew up in Michigan and moved in third grade to Maine, where he started playing football but wasn’t used to seeing high school players move on to play in college.

Nuce was primarily recruited to Montana by Sacks in addition to recruiting coordinator Justin Green and head coach Bobby Hauck. They eventually offered him a partial scholarship and he couldn’t turn it down.

“The coaches were a really big reason in my decision,” Nuce said. “Then the school and just the area of Missoula. All their facilities, too. I went to some games there and was blown away by the atmosphere and facilities. I know a lot of people there, too, so that’s awesome.”

Nuce will be playing on the defensive line at Montana. He had started out as a linebacker at Glacier, but Bennett saw him as a D-lineman, so he was moved there prior to his junior season, bringing along his linebacker speed. Bennett even feels that Nuce is the second-fastest player on the team behind Drew Deck, a Montana wide receiver signee.

Nuce broke out on the line in 2019, collecting team highs with 12 sacks, five forced fumbles and two fumble recoveries. His 84 tackles were the second-most on the team. He earned Class AA All-State honors while knowing he had to prove he was worthy of a Division I scholarship.

“I feel like I just bring a mindset that they’re not going to run the ball on us,” Nuce said. “If they’re passing, I’m going to get to the quarterback as fast as I can. If they do get by our line, I’m going to be chasing them down trying to get a fumble. Seeing guys running across the field and gaining yards on our defense, it makes me mad.”

Nuce has focused primarily on football after playing hockey and baseball in addition to football growing up. He’s trained with former Montana strength and conditioning coach Mike Gerber, working on everything from lifts to box jumps to agility training. He recently accomplished a personal goal when he cleaned 315 pounds.

Bennett sees high potential for Nuce to contribute for the Griz as he continues to mature physically and learn the D-line position. He’s already seen Nuce go from being a shy, quiet kid into a team captain who’s stretched himself by speaking in front of the team and in front of the school at assemblies.

“He’s a kid that what sets him apart is he’s one of those guys that has a motor and has that high effort. Not every guy has that,” Bennett said. “When I think of the great Grizzly defensive lineman — and I’m not putting that pressure on him — but that’s what he has. It’s high energy and maximum effort.

“It’s hard to prognosticate, but I feel strongly that Hank can be a factor.”