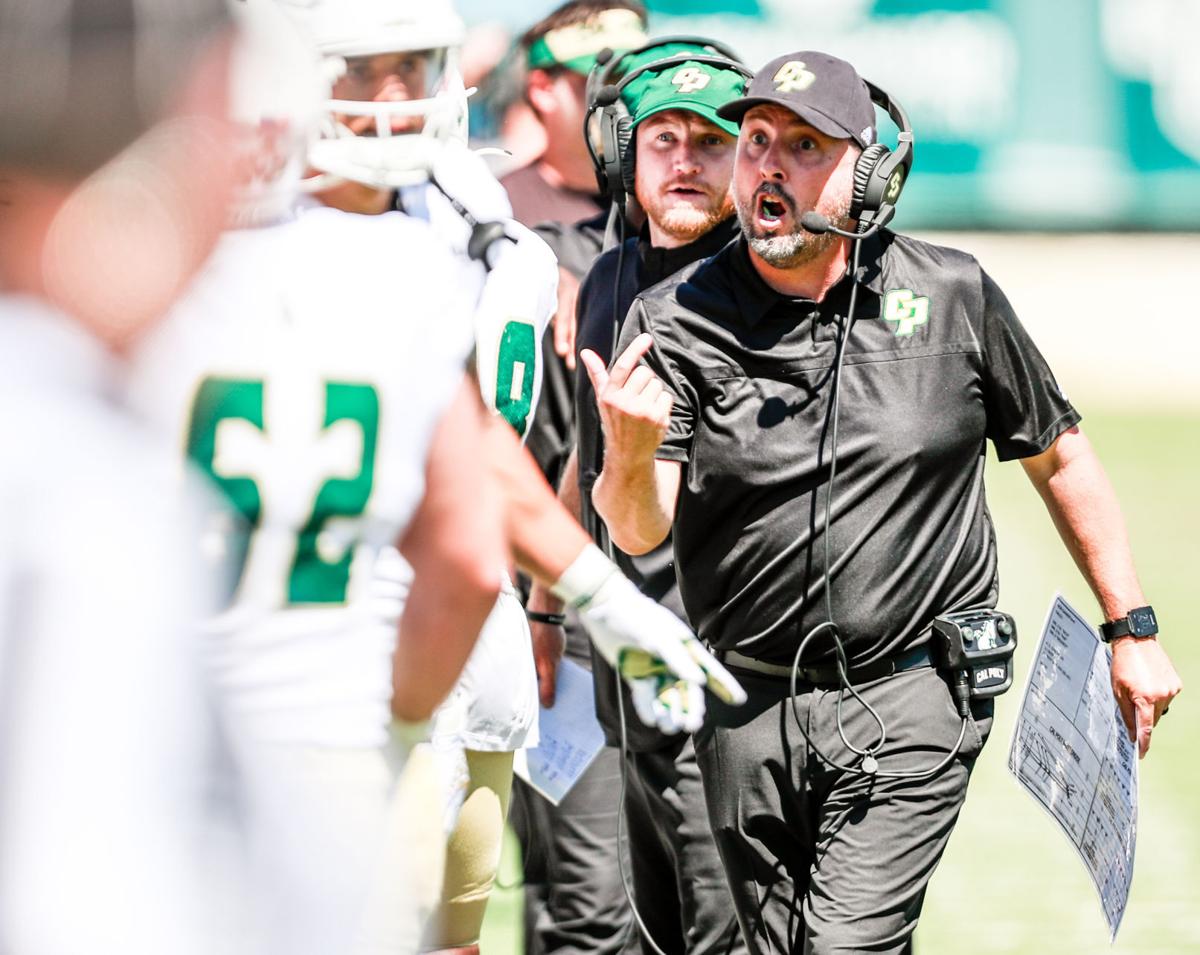 Cal Poly coach Beau Baldwin walks along the sideline during a season-opening win over San Diego on Sept. 4 in San Diego. Baldwin, who coached Eastern Washington to the 2010 FCS title, is in his first full fall season coaching the Mustangs. 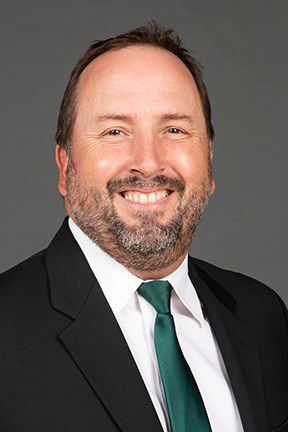 MISSOULA — Beau Baldwin traveled down to see Bobby Hauck when he was the Eastern Washington head coach and Hauck had just been hired at UNLV after the 2009 season.

Baldwin admired the program Hauck had built at Montana, but as members of the Big Sky, the opportunity wasn't there for him to observe Hauck's practices in Missoula. He got to make that journey during Hauck's first spring camp at UNLV in March 2010.

"I wanted to see it. I wanted to go through and be in a couple meetings and sit through practice. I just wanted to be around it," Baldwin said. "He may not even realize it, but I took a lot from even just a couple of those practices, just seeing a certain level of how it was being run, how they were doing things, how they were communicating with players and all that stuff."

Hauck had just been coming off a stint at UM in which his team owned the 2000 decade in the Big Sky. Baldwin went on to own the league for most of the 2010s at EWU.

The two successful Big Sky coaches will square off for the first time since 2009 when Montana opens conference play by hosting Cal Poly at 1 p.m. Saturday at Washington-Grizzly Stadium.

Hauck had a decided advantage in the series between the two decorated coaches. He’s gone 5-1 against Baldwin, including 2-0 when they both were head coaches.

All of their meetings came when Hauck was the UM head coach from 2003-09 and Baldwin was the EWU offensive coordinator from 2003-06 and head coach from 2008-09, leaving in 2007 to be the head coach at his alma mater, Division II Central Washington. The Griz won the Big Sky Conference all of those seasons and were the national runner-up three times.

"The respect level I have for him all the way back to when I was an assistant at Eastern is off the charts," Baldwin said. "I had such respect for him because of the consistency. I think a lot of coaches can go on a run at a program, but it takes something special to develop a consistency year after year. I always just appreciated how consistent those teams were year after year after year of losing guys and then they’d come back and win nine games, win 10 games, win 11 games, whatever that was."

After Hauck left for UNLV, the Eagles filled the power void in the Big Sky and won the 2010 national championship, just several months after Baldwin's trip to visit Hauck at UNLV. From 2008-16, Baldwin also led them to six playoff appearances, five Big Sky titles and four trips to at least the semifinals.

"Maybe it’s owed to a lot of stuff I was able to get off that practice field and take from them," he offered, noting he made a return trip to see Hauck in 2011 and took more ideas from him.

Both coaches are on rebuilding missions, with Hauck farther ahead, one reason being that he’s been at UM for two more seasons. The Griz are looking for their first official Big Sky title since 2009.

"It definitely reminds me just with how relentless they play, the passion they play with," he said. "They don’t ever take a play off. They understand who they are and why they’re doing things. There’s many years that remind me, but I would put this team, as I watch on film, and he knows better than me, but just over the years, I would put this team I’m watching on film right now, even though it’s only two games into the year, but I’d stack them with any of his Montana teams. I really would. To me, it’s that impressive when I turn on the film and what they’re doing."

Baldwin has several former EWU coaches and players on his staff as they search for their first league title since 2012: Paul Wulff, J.C. Sherritt, Erik Meyer and Nick Edwards.

“They’re all guys we know well and like,” Hauck said when noting he couldn’t accurately compare Baldwin’s offenses from 2008-09 at EWU to his current one at Cal Poly because it’s been so long since he’s watched that old film.

Hauck has been nearly unbeatable against Cal Poly, going 6-1 across his two stints as the Griz coach, although three of the games were decided by three or fewer points.

Montana’s most recent home game against Cal Poly came in 2015, meaning no current Mustangs player has played in Wa-Griz.

That issue is something the Big Sky aimed to fix with its 2022-24 schedules, making sure every team plays every other team once at home and once on the road in a four-year stretch. UM was supposed to host Cal Poly last year, but the Big Sky pushed back the 2020 league schedule to 2021 because it wasn’t played due to the pandemic delaying the fall 2020 season.

Montana’s last home game against Cal Poly was a 20-19 loss in 2015. That game came one week after UM upset No. 1 North Dakota State in coach Bob Stitt’s first game in Missoula.

"I love going and playing there," he said. "I always cherished those times back at Eastern because I love it, you know it’s going to be a challenge. That was always a blast during the years in the past going there. Even in those years playing when we weren’t successful, I still loved the challenge of going up there and competing and laying it on the line at a place where you know, obviously the fans are incredible, the noise and how into the game they are and how understanding they are of when to be loud, when not to. It’s just an amazing atmosphere that way.

"But then on top of that, most years, almost every year I ever went, really every year I ever went there, you’re talking about an opponent too. Take the atmosphere out of it, and you’re talking about an opponent that was always putting a great product on the field, and there’s a consistency to what they’ve done over the years to where you know you’re up against it every time you play a Montana team, and it’s probably going to be just that much harder when you’re at their place."

Cal Poly defensive coordinator J.C. Sherritt had been the Big Sky record holder for tackles in a single season (170 in 2009, 176 in 2010 at Eastern Washington) until UM linebacker Dante Olson broke that record with 179 in 2019.

The 2-0 Montana Grizzlies are hosting Cal Poly for their 2021 homecoming game.