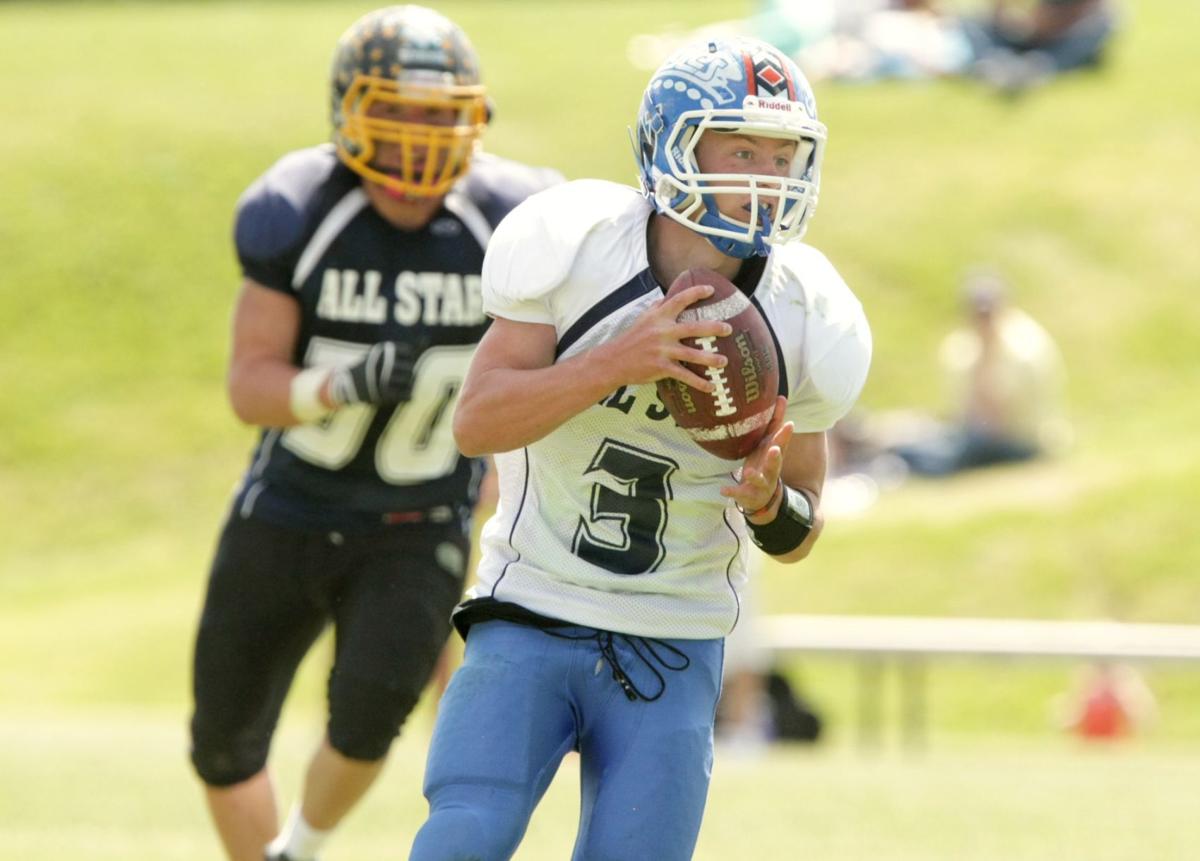 Tucker Meyer, quarterback from Fairfield, rolls out of the pocket during play in the Class B All-Star game in 2013 at Rocky Mountain College. 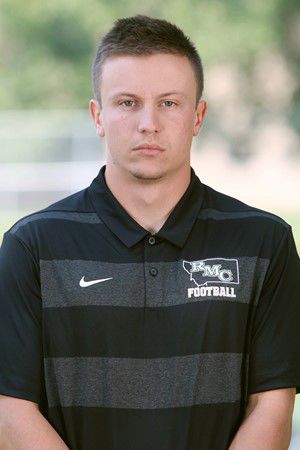 Tucker Meyer, quarterback from Fairfield, rolls out of the pocket during play in the Class B All-Star game in 2013 at Rocky Mountain College.

MISSOULA — Fairfield native Tucker Meyer would love to coach big-time football in Montana, and that means leaving the state for a bit.

Meyer accepted a position to coach in the Southeastern Conference at Mississippi State on the staff of head coach Mike Leach, a two-time national coach of the year. The former Rocky Mountain College player and coach will be a defensive graduate assistant, the same position he held under Bobby Hauck at Montana this past season, and he expects the experience to be valuable in arguably the top conference in all of college football.

“When I was fortunate to get the job at UM, Coach Hauck knew I had goals to be at UM down the road,” Meyer told 406mtsports.com in a phone call from Starkville, Mississippi. “Before I get to that, he said let’s take the job (at UM) and work hard and we’ll try to get you somewhere, in terms of being able to reach out to help me try my hand in other parts of the nation.

“I’m so fortunate to be in the SEC with Coach Leach and Coach (Zach) Arnett. Everything about it was just right. Coach Hauck was super supportive. It’s fun getting after it.”

Arnett is the connection to Meyer heading to Mississippi State. He had coached at San Diego State from 2011-19 and was on the same staff as Hauck, who was the special teams coordinator there for three seasons before returning to Montana ahead of the 2018 season.

Meyer met Arnett when the then-SDSU defensive coordinator visited Montana last spring, not long after Meyer accepted a position on the Grizzlies’ staff in February 2019. Arnett's defense went on to rank in the top 10 nationally in seven categories last season before he was hired by Leach on Jan 22.

“When things were moving around, I knew that they had a spot open, and he knew I was looking,” Meyer said. “Coach Hauck was good enough to put in a good word for me.”

Meyer is expecting to work with the linebackers or the defensive line at Mississippi State. He helped coach a bit of every defensive position at Montana because he was the lone defensive graduate assistant in the first year FCS teams were allowed to have two grad assistants, the other one coaching offense.

“I learned everything from scheme to coaching philosophy to technique to better ways to recruit from the football operations standpoint to how to manage and deal with kids,” Meyer said. “You look at the staff at Montana, they’re well put together, so to be able to learn from them is super fortunate for me.”

Meyer knew he wanted to get into coaching since he was a freshman in high school. He’s following in the footsteps of his father, Les Meyer, a longtime Fairfield football coach who recently accepted an administrative position at Frenchtown.

“It was always what I wanted to do,” Meyer said. “I never had any question. I’d tell myself maybe I’d be a physical therapist, but I got a degree in exercise science opposed to teaching so I would be forced into being a football coach. It was my dream, so I wouldn’t let my degree get me in a different profession.”

After his playing days ended in 2016, Meyer coached outside linebackers at NAIA Dickinson State in North Dakota in 2017 and coached special teams and defensive backs at Rocky in 2018. He reached out to Hauck when Rocky head coach Jason Petrino left and the staff was shuffled.

“My path has taken defense since that’s where I played,” Meyer said. “I enjoy the offensive side of plays. My dad called offense at Fairfield, so we were always talking offensive philosophy. I’m definitely intrigued by offense.”

Meyer has been in Mississippi for about two weeks, arriving Feb. 16 after taking a 30-hour drive spread over three days to Starkville, which has a population of about 25,000 people.

He had his first staff meeting with the Bulldogs on Monday in preparation for spring camp, which starts March 17. It was the first of surely many zany interactions with Leach, a former Texas Tech and Washington State head coach who’s a unique character known to speak his mind in an unfiltered way.

“He doesn’t like the chairs in our staff meeting room, so we’ve got to get new chairs,” Meyer said with a laugh. “I’ll leave it at that.”

When Meyer was in Hauck’s office for their final meeting, Hauck offered one last piece of advice that resonated with Meyer.

“When I was leaving, he told me not to screw it up,” Meyer offered. “That was the best advice I’ve ever gotten.”

BILLINGS — Success wasn’t found instantly at Fairfield when Les Meyer became head football coach in 1997, but once the team got started there …