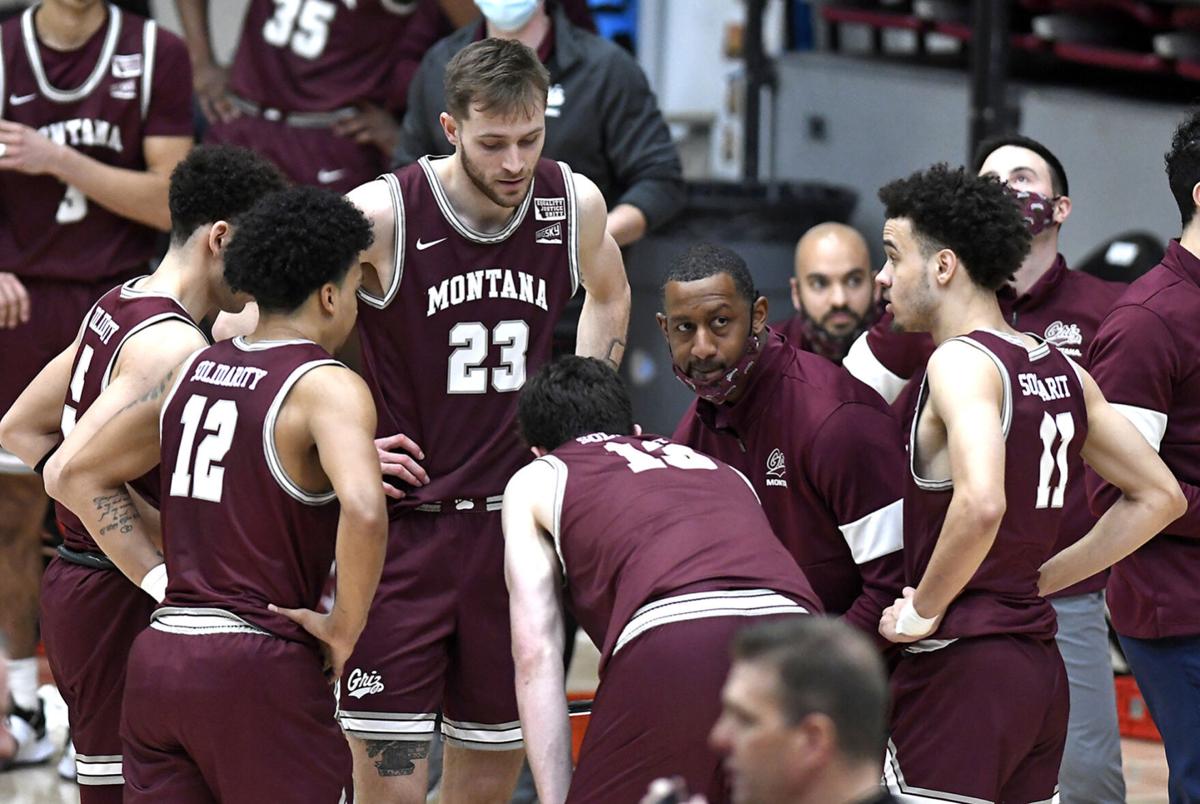 Montana head coach Travis DeCuire huddles with his team during a timeout. DeCuire spoke extensively on transfers during a Wednesday media availability. 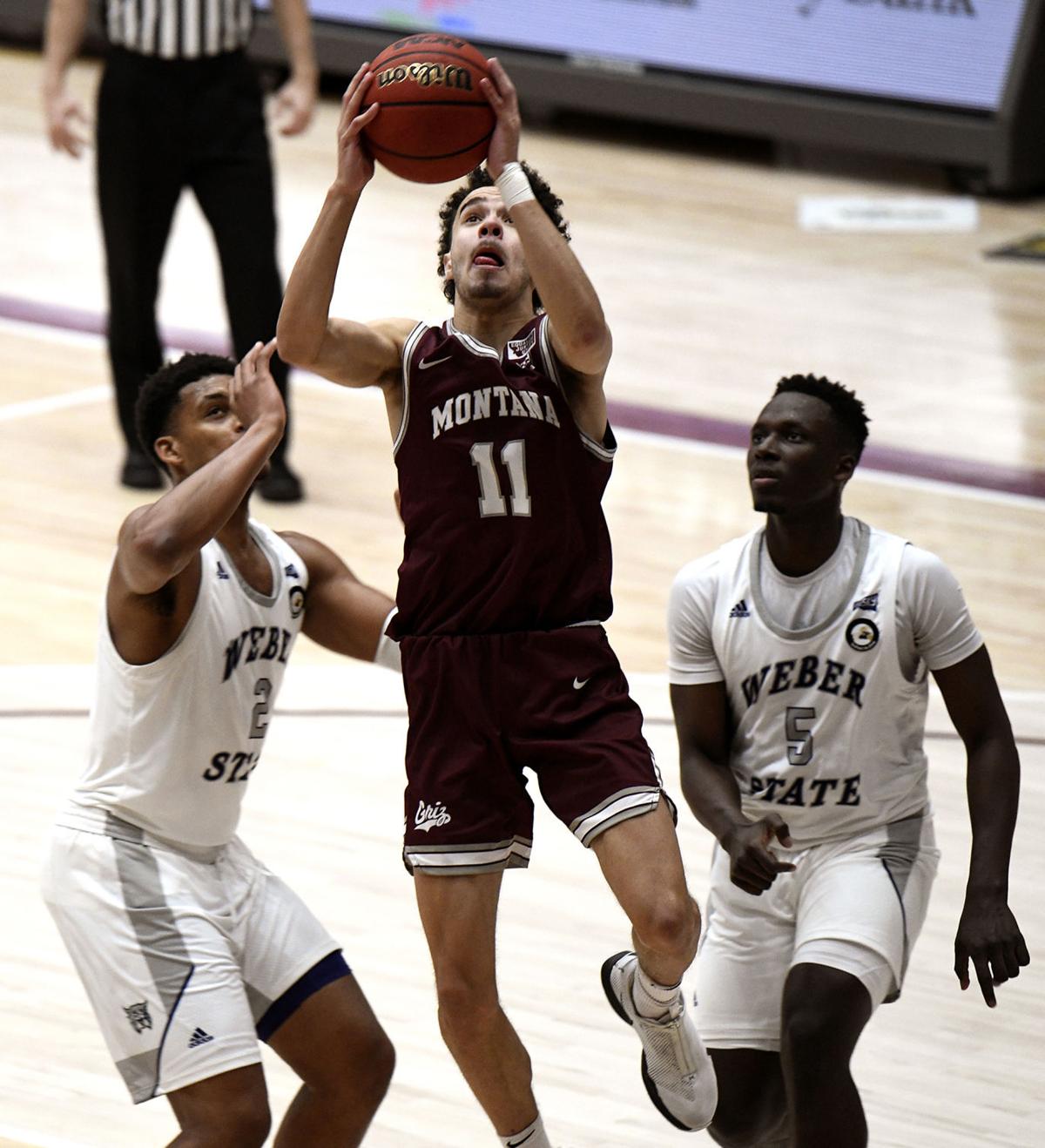 Montana head coach Travis DeCuire huddles with his team during a timeout. DeCuire spoke extensively on transfers during a Wednesday media availability.

MISSOULA — The last few weeks have been anything but ordinary for the Montana men's basketball team.

The Grizzlies have split or lost every Big Sky series this year, had two games against in-state Montana State canceled due to a positive COVID-19 test within the UM program and have dealt with a flurry of midseason transfers out of the program.

Montana plays its first game since then when it begins a home-and-home with Big Sky-leading Eastern Washington this week, starting with a game at 7 p.m. on Thursday in Cheney, Washington. The second game will tip at noon on Saturday in Missoula.

UM head coach Travis DeCuire addressed the topic of transfers on a Wednesday media call and went deep into his thoughts about the transfer portal as well as the changing college basketball landscape. However, he did not specifically comment on Steadman's transfer, which is in line with how he has handled past transfers, both midseason and otherwise.

"There's two things that jump out that play a role in the state of college basketball and transferring. One is basically open free agency with the portal and now the automatic eligibility with a waiver," DeCuire said. "When you see the transfers at the NBA level, when you see the transfers at the high major level that have allowed guys to make decisions midseason that they don't want to be a part of something anymore.

All Division-I players got a blanket waiver to play immediately this year due to the pandemic. The push for a permanent one-time transfer rule that would allow players to transfer from a program once and then be able to immediately play for the school they transferred to is considerable.

DeCuire went on to say it is sometimes a difficult process for transfer players to adjust to the atmosphere in Missoula because the program expects to compete for a conference title every year. There are also no major professional sports in the Garden City or elsewhere in Montana, and he said that type of pressure can be a difficult adjustment for players not used to it.

DeCuire also spoke at length about how quickly transfers have changed the college basketball landscape. At one point, he said, he would not look at a player that had transferred more than once, be that in high school or college.

His opinion on that has changed, but it's more so due to the frequency of transfers and the large number of prospective student-athletes that have done so.

Social media was afire the last several days after Duke's Jalen Johnson opted out of the remainder of the season. A potential lottery pick, Johnson stated that his decision came because he wanted to rehab a foot injury, and the COVID-19 pandemic probably played a part in the decision as well.

In a similar vein, and perhaps why DeCuire spoke about the NBA as a transfer market as well, was Golden State Warriors forward Draymond Green's comments on Monday night about players being demonized for asking for a trade.

His comments boiled down to a frustration with team ownership getting a pass for shopping a player publically to different NBA teams, and the player's agency being taken away when they receive pushback after publicly asking for a trade themselves.

It is certainly a complex topic, and things that might be good for one player or program — professional or college — might not work for others. In any case, this has been a difficult year for college student athletes, and transfers can not have been unexpected.

DeCuire said building a chemistry pretty much has not happened because players are not really able to spend time together off the court. That hurts, especially with transfer players who were hoping to build community in a completely new area.

"Our entire team has had a rough year. We've had physical health issues, mental health issues, we've been locked in rooms, basically imprisoned for short periods of time with COVID," DeCuire said. "It's been a difficult year for these young men, and so that, the pandemic, has been more difficult for them than wins and losses and the adversity that basketball presents."

Another player has left the Montana men's basketball team, the third player to do so midseason this year