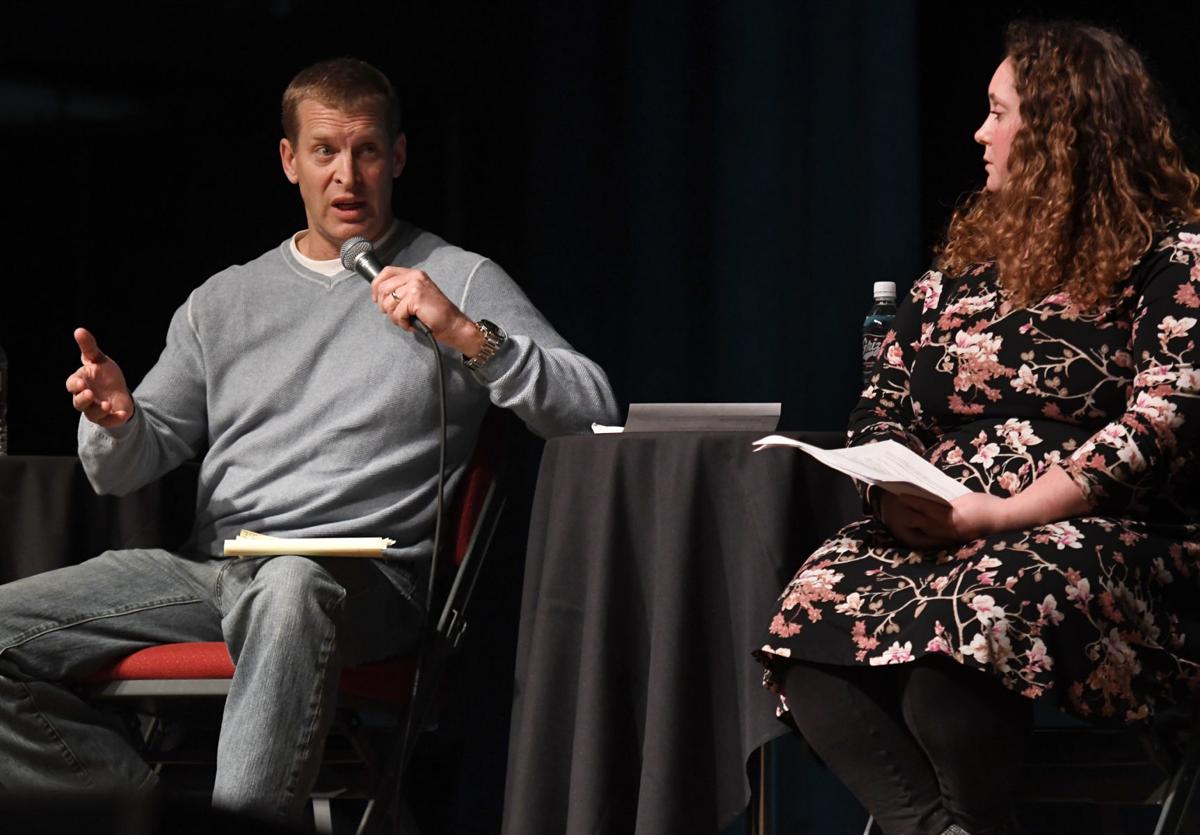 The University of Montana has banned the owner of the Griz athletics fan website MaroonBlood from setting foot on campus or attending sporting events.

And, the woman harassed by MaroonBlood owner Mike Schlosser of Butte after she started a petition asking UM not to re-hire head football coach Bobby Hauck is seeking a long-term protection order against Schlosser.

Missoula Municipal Court Judge Kathleen Jenks already has granted Lisa Davey a temporary order of protection against Schlosser that prohibits him from threatening, harassing or approaching her or members of her family. The Feb. 9 order also instructs him to stay 1,500 feet away from the UM campus, where Davey is a grad student. The order cites stalking as the reason.

However, law enforcement officers have not been able to locate Schlosser, and he has not been served with the restraining order or the paperwork instructing him to show up to court for a hearing on whether it should be extended.

Along with Davey’s protection order, UM has also started the process of barring Schlosser from coming to the school.

Citing Davey’s order of protection petition, UM Police Chief Marty Ludemann drafted a letter to Schlosser in mid-February informing Schosser that he's restricted from coming to campus. Ludemann’s order will remain in place until June 2019, or until Schlosser has a hearing to challenge the restriction and ask for reinstatement.

Ludemann confirmed Friday that the order includes athletic competitions or any other events that take place on UM property.

“She’s a student, he’s not. He has no business here,” the chief said.

Schlosser likewise has yet to be served with the letter barring him from campus.

At a Municipal Court hearing Thursday, Davey’s attorney Josh Van de Wetering, told Jenks that officers attempted to serve Schlosser in Butte where records indicate he lives, but were told by Schlosser’s father that he wasn’t home. He said Schlosser's father gave officers an eastern Montana address that turned out to be an empty field.

Officers have since been in phone contact with Schlosser, who has told them at different times that he is in Bozeman and in North Dakota, Van de Wetering said.

Jenks continued the hearing until March 15 to give officers more time to locate Schlosser, and said the temporary order remains in effect until he is served and comes to a hearing.

Davey was harassed online in November, after she started an online petition asking the school not to re-hire Hauck. Part of the petition included a picture of the cover of Jon Krakauer’s book “Missoula: Rape and the Justice System in a College Town” that Davey had edited to include Hauck’s name.

At a public forum on sexism and sexual assault earlier this week in which Hauck and UM administrators participated, Davey — also a panelist — was asked why she had made that image. Although the cases profiled in Krakauer’s book did not occur on Hauck’s watch, Davey told the audience she felt he had laid the groundwork for an attitude and culture that led to a U.S. Department of Justice’s investigation of UM.

After Davey’s petition went up in November, a series of posts were made on Griz fan forum maroonblood.com, many by a user named AlphaGriz1. Schlosser later told the Missoulian he was AlphaGriz1. The posts included vile comments on Davey’s appearance and the publication of her home address, with Schlosser telling other forum readers that “This bitch would be the first to go down hard.”

During a press conference announcing Hauck hiring, both he and Montana's Athletic Director Kent Haslam said that Schlosser's treatment of Davey was unacceptable and had no place in Griz athletics.

Haslam said in a Friday evening interview that the athletic department turned the issue over to law enforcement.

Haslam added that Schlosser's season ticket status was the first thing checked when the harassment came to light. Schlosser has never had season tickets, Haslam said.

When Schlosser was contacted in November about posting Davey’s personal information, he said he was talking with an attorney and would “take this as far as she wants to do (sic) with it.”

On Feb. 23, as part of a Twitter conversation among several people  — including Davey — concerning the forum on sexism, AlphaGriz1 tweeted the following:

“(Acronym for an explicit phrase) you need to drop it its (sic) never going to go away. Get to the kitchen sugartits its (sic) almost dinner time!”

In a letter attached to her petition for an order of protection, Davey wrote that while she understands and supports free speech, Schlosser’s actions are “in an entirely different category” and that he has continued to send her harassing messages and post disparaging comments about her.

“I have never before been confronted with his degree of anger, vitriol and threats,” Davey wrote.

Haslam added: "I can certainly tell you we vehemently condemn this type of behavior among our fans and I think the vast, vast majority of them agree."