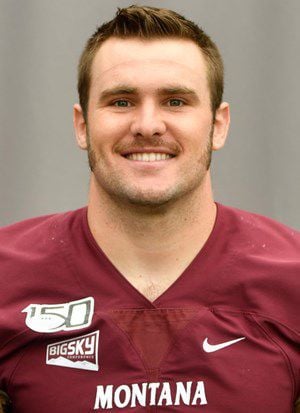 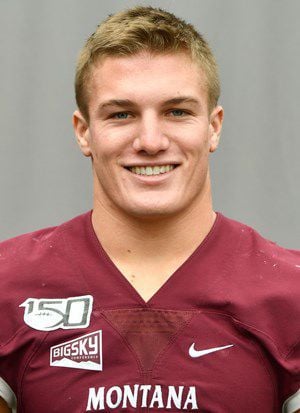 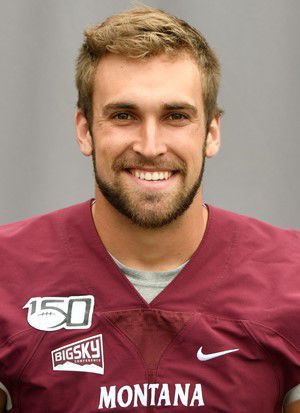 MISSOULA — The key players and position grades from No. 8 Montana's 59-20 win over Idaho State on Saturday at Washington-Grizzly Stadium.

Offense: Dalton Sneed. The 6-foot-1, 216-pound senior quarterback from Scottsdale, Arizona, posted a career-high 464 yards of total offense. He threw for 397 yards and two touchdowns and ran for 67 yards and two scores.

Defense: Robby Hauck. The 5-foot-10, 185-pound sophomore safety from Missoula, Montana had one of two Grizzly sacks and appeared to rattle QB Matt Struck. He totaled eight tackles, one TFL and one PBU.

Special teams: Brandon Purdy. The 5-foot-10, 176-pound junior kicker from Kalispell, Montana, made a 35-yard field goal and all eight extra points kicks he attempted after missing two in the last home game against Monmouth.

Dalton Sneed totaled a career-high 464 yards of offense. He completed 26 of 41 passes for 397 yards with two touchdowns. Ten of his passes went for 15 or more yards. He ran 16 times for a team-high 67 yards with two scores.

Samori Toure led all receivers with 188 yards and one touchdown. Sammy Akem caught 10 passes for 135 yards and one score. They made catches on deep passes look easy. Jerry Louie-McGee had two catches for eight yards.

The defensive line didn't record a tackle for loss or sack but are normally tasked with eating up blocks to free up the linebackers. Jesse Sims, Jed Nagler and Alex Gubner each had four tackles, tops among the D-linemen.

Dante Olson and Jace Lewis were the top two tacklers, with 18 and 14. Patrick O'Connell got his team-leading fourth sack of the year and has five tackles. Not counting a 71-yard TD run, ISU had 126 yards on 42 carries, 3 yards per rush.

They gave up yards early but rebounded to hold Struck to 16-of-33 passing for 189 yards. Robby Hauck had one of two sacks. Hauck and Nash Fouch two of three TFLs. All three PBUs by Hauck, Josh Sandry and Dareon Nash.