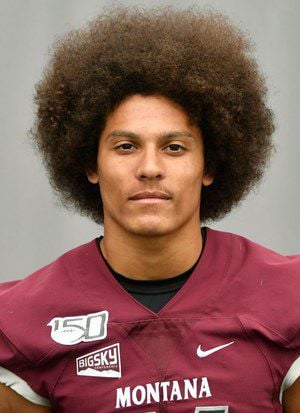 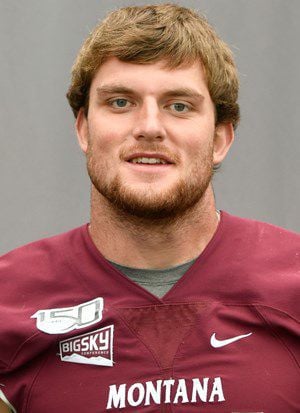 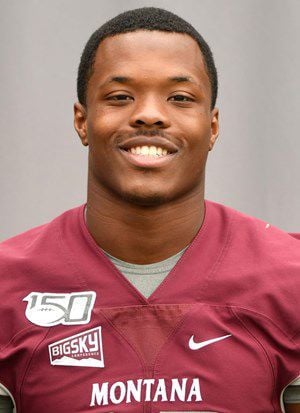 BOZEMAN — The key players and position grades from No. 3 Montana's 48-14 loss to No. 8 Montana State on Saturday at Bobcat Stadium.

Montana fumbled on its first offensive snap and gave up five consecutive scoring drives to begin the game, trailing by 24 points in the first half and 34 in the second half.

Offense: Marcus Knight. The 6-foot-1, 194-pound sophomore running back from San Juan Capistrano, California, scored both of Montana's touchdowns, 2 and 7 yards, and carried the ball 14 times for 77 yards.

Defense: Jace Lewis. The 6-foot-1, 230-pound junior linebacker from Townsend, Montana, tallied 12 total tackles, the second most on the team, had a team-best two TFLs and was one of two Grizzlies to force a fumble.

Special teams: Malik Flowers. The 6-foot-2, 195-pound sophomore wideout from Fontana, California, reversed field on a kickoff he brought back 60 yards, setting up Montana's second score to pull within 31-14 in the second quarter.

Dalton Sneed completed 20 of 34 passes for 195 yards. He was picked off once and nearly a second time. His receivers and tight ends dropped some passes, but MSU also batted some down. Sneed ran once for 3 yards, excluding sacks.

Marcus Knight ran for 77 yards on 14 carries and scored the Grizzlies' two TDs, on runs of 2 and 7 yards. Nick Ostmo carried the ball three times and picked up 9 yards. There weren't many running lanes as MSU dominated the line.

The receivers dropped some passes. Samori Toure was held to four catches for 55 yards and fumbled once. Mitch Roberts stepped up without Sammy Akem, leading UM with 64 yards. Jerry Louie-McGee had seven grabs for 36 yards.

One week after bulldozing Weber State, Montana's O-line was manhandled for parts of the game by MSU. The Griz gave up six sacks, tying a season high, which resulted in 40 lost rush yards and brought UM down to 46 total, 1.9 per carry

Montana State's O-line created running lanes with ease against UM's front that had been a strong point recently. The Bobcats ran for 382 yards, the most UM has allowed this season and six scores. Alex Gubner had the team's lone sack.

Dante Olson and Jace Lewis flew around the field to prevent MSU from ripping off even longer runs. Olson had a game-high 18 tackles and one TFL. Lewis had 12 tackles, two TFLs and one forced fumble. Ryder Rice had one TFL.

MSU ran the ball so well it threw just 14 times, completing eight for 106 yards. Robby Hauck had 12 tackles and a forced fumble. Safety Gavin Robertson had a TFL before leaving and being replaced by Nash Fouch. Justin Calhoun PBU.

Malik Flowers returned a kick 60 yards to set up a TD. He totaled 59 yards on his four other returns. Jerry Louie-McGee signaled a fair catch on both punts. Adam Wilson averaged 45.8 yards on five punts but had a 20-yarder that led to a FG.