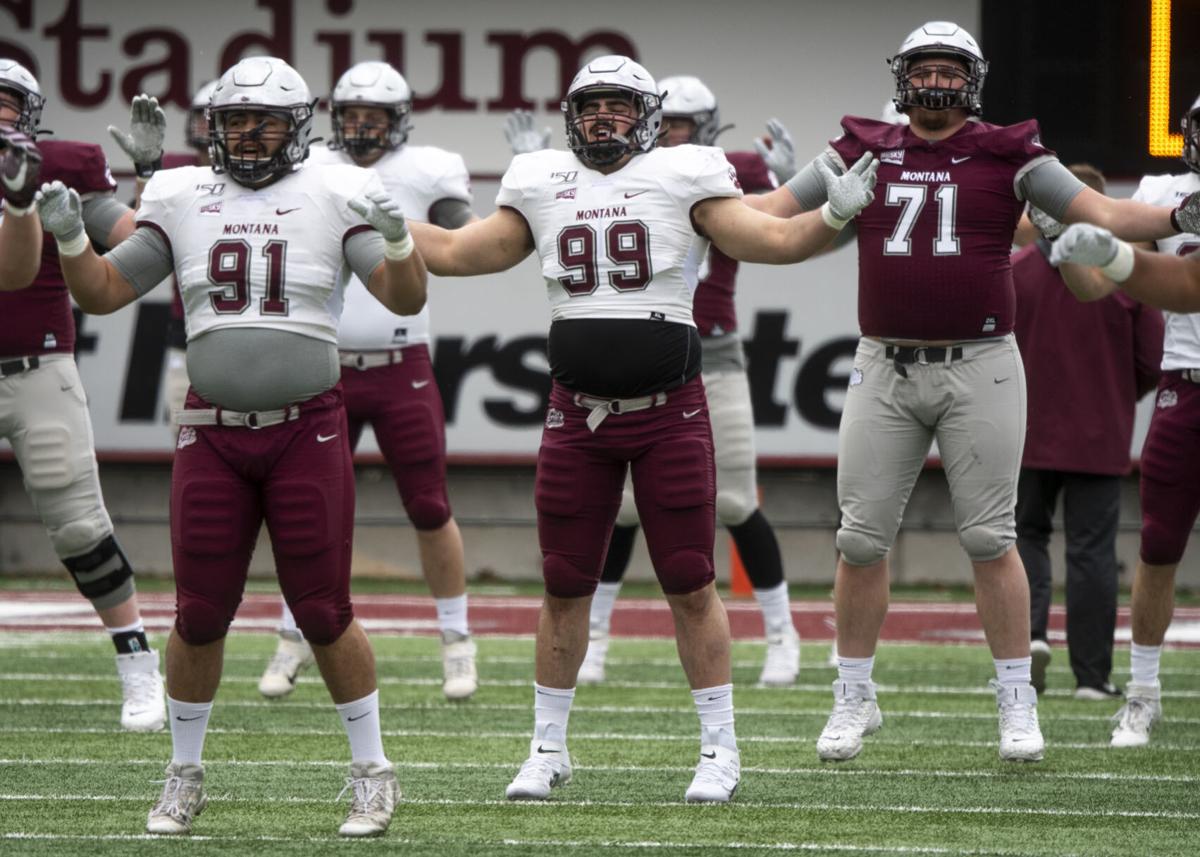 Montana defensive tackle Alex Gubner (99) does jumping jacks during the Griz spring practice on March 29 at Washington-Grizzly Stadium in Missoula. The sophomore has slid over from defensive end to defensive tackle. 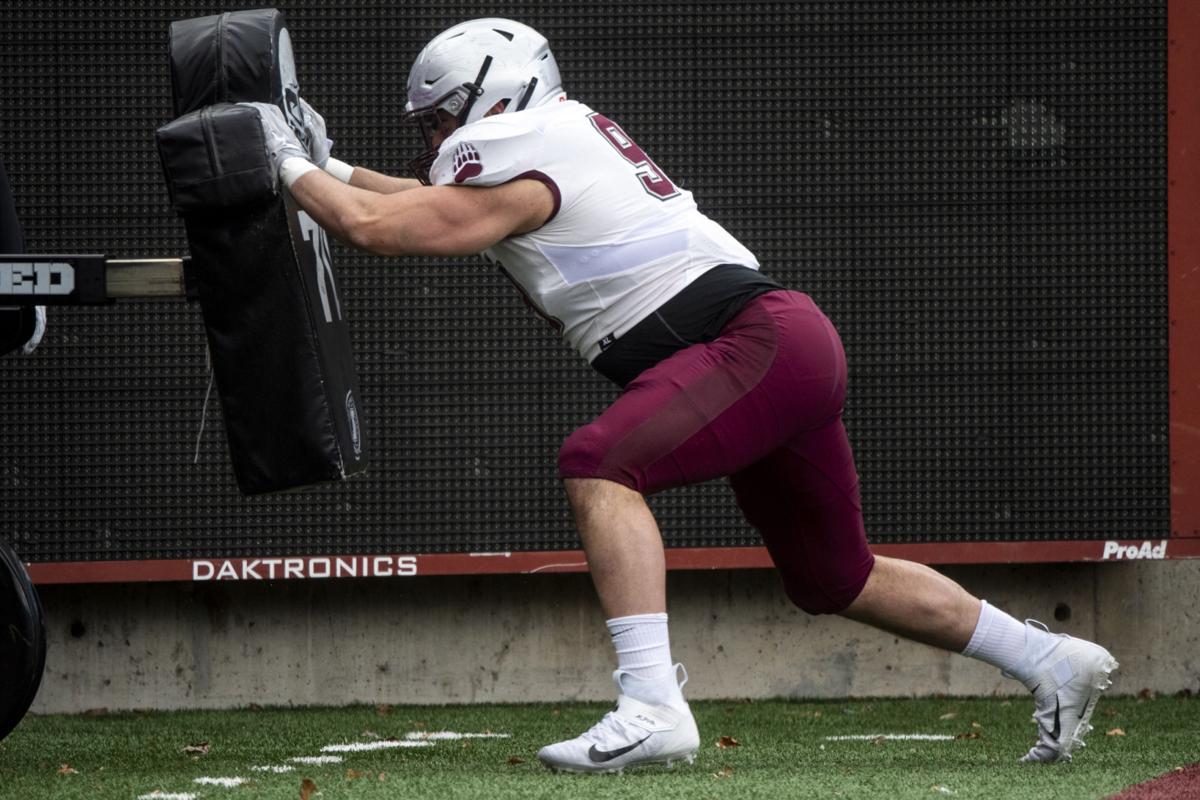 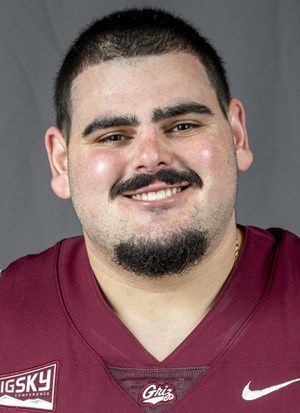 Montana defensive tackle Alex Gubner (99) does jumping jacks during the Griz spring practice on March 29 at Washington-Grizzly Stadium in Missoula. The sophomore has slid over from defensive end to defensive tackle.

That wouldn’t be so unusual except for the fact that he’s a defensive lineman. His four picks were the most on the Griz and the second most in the Big Sky Conference.

Now a redshirt sophomore, Gubner is looking to become a more complete player, known for more than just the interceptions. He’ll be trying to impact the game in other ways, and that starts with moving from defensive end to defensive tackle.

Gubner sat down with the Missoulian and 406mtsports.com after recent a spring practice to reflect on his freshman season and look ahead to this spring and the future.

Editor’s note: This interview has been edited for clarity and conciseness.

Q: It’s been a long time since playing a football game, how has your body changed since then?

A: I lost weight, added muscle. I’m about five pounds heavier, about 6-foot-3, 290 pounds right now. I definitely gained muscle, I’m definitely bigger. I feel like I’m moving the best I’ve moved and everything has got enhanced I feel this past year and a half.

Q: How are you seeing that translate onto the practice field?

A: I’m a defensive tackle now, so I’ve gotten a little bigger. I feel like I put on more muscle. Just been faster, stronger, I feel pretty good.

Q: What are the biggest things you’ve been working to learn to play inside?

A: Nothing too crazy. It’s a lot of our defense. The three D-line positions kind of go hand in hand and they interact with each other. So you know what your assignments are. I already kind of knew a little bit when I moved to tackle. I’ve been here for a few years, so I got spring ball last year that got cut short, a little bit of a learning period, but I’m pretty good with it now.

Q: When you look back on the 2019 season, what do you feel you still have to work on?

A: I think consistency. Being a freshman and getting put into a role where I’m playing a lot every week, I think just consistency because some games I play well and some games I wouldn’t be as good. I think consistency is the biggest thing. But I learned more in that one year than I’ve learned ever in football, so I just take it as a learning experience, and I had a lot of fun.

Q: You sort of developed this folk hero status with the interceptions that year, what did you make of that at the time?

A: It’s pretty cool. Not too many D-linemen have done that. Defensive coordinator Kent Baer drew the right plays at the right time and I just came up with the ball. It’s all fun. It’s definitely awesome. Never heard of any D-linemen really having an interception before that. I’m not trying to think too much of it. It was pretty cool to experience that.

Q: Like you said, you don’t see D-linemen picking off passes often, the ball usually just hits their hands. So where do your good hands come from?

A: I think growing up I played all sorts of positions like D-line, tight end and fullback, linebacker early in high school. Then as I got older and bigger, I moved to D-line in my sophomore year of high school. I’ve had to play a bunch of other positions. Just naturally catching the ball and I’m just spying the quarterback and I’m just watching the ball. It just kind of happens.

Q: When people see you play, what is it you hope they say or what type of player do you want to be known as?

A: I just want to be viewed as a tough, gritty player and that I’m always going to be getting after it and I’m going to be relentless.

Q: D-line coach Barry Sacks is a guy who’s always smiling. Do you have a favorite coach Sacks story?

A: He’s a very funny dude. I’d have to say my first fall camp, he really got me acclimated to college football. He pushed me pretty hard. It was probably him coaching me as a freshman when you get thrown into the fire your first day. That whole fall camp, he really pushed me, and I took leaps as a player because of him helping me out.

After the fall 2020 season was canceled, the Grizzlies played two games against Central Washington and Portland State in the spring of 2021.